Tumgir
AboutPrivacy Policy
AboutPrivacy Policy
Visit Blog
Explore Tumblr blogs with no restrictions, modern design and the best experience.
Fun Fact
Pressing J while looking at a Tumblr blog or home feed will scroll up on the page, pressing K will scroll down. This is helpful considering a lot of the Tumblrs feature infinite scrolling.
Trending Blogs
#adventure time
xmilky-tea
Text

i tried to do neon lighting but i think i fucked it up lmao, anyway, love me some bubbline 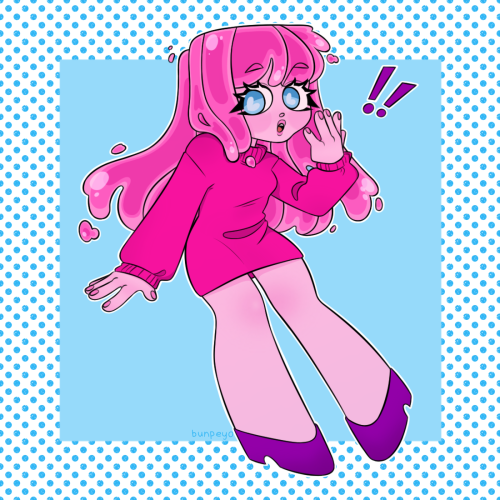 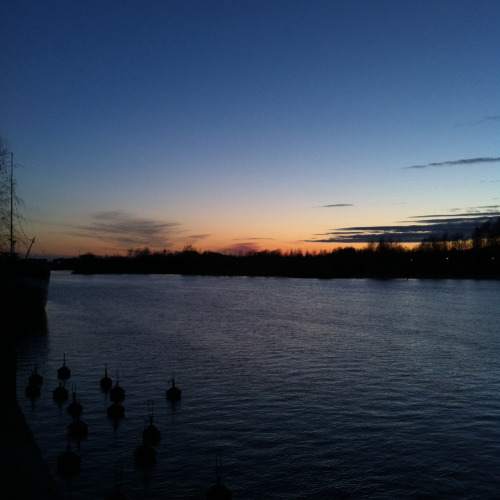 not to talk homestuck on main but imo if fern had a classpect it’d be thief of life. thanks.

ya know how some cats really like to be pet on the cheeks…. just a thought 👀

look at this adorable bubbline lineart by @peonypaint! please do consider commissioning them!

@sometipsygnostalgic made an Adventure Time fanart featuring The Boys in God Tier outfits. Wanted to contribute a little :3c 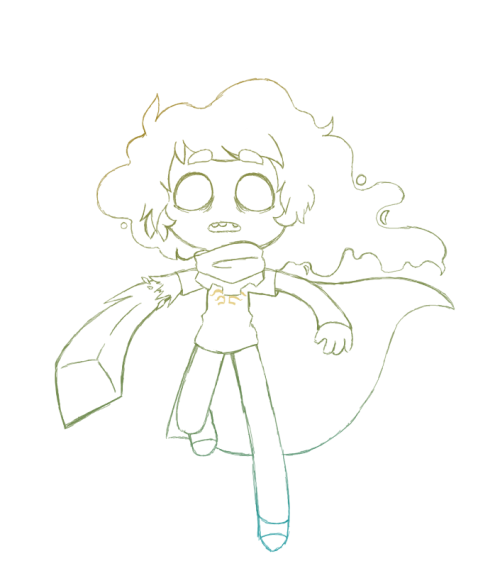 Finn: Knight of Hope. Superficially, a Knight of Hope is the classpect you’d assign to a protagonist character like Finn, someone who fights for his moral code. And this is what he does early in the show. However, the Hope aspect connects with Finn in a much more intimate way later on.
In Homestuck, “Hope” characters include Cronus, Eridan, and Jake, who are HOPELESS when it comes to romantic relationships. They’re terrible partners too. Jake has tons of people lusting after him but doesn’t know how to deal with any of them. His friendships with them all collapse, just like Finn. They also lose hope at some point in the story and have low self esteem.

Finn in season 4 starts to do some shady stuff to impress women. He becomes a creep. He tries to get Flame Princess to fight Ice King literally so he can get off on it in his dreams (no joke, no exaggeration, that’s what the story tells us), and he doesn’t think about her at all, so he loses her trust and she breaks up. Finn rebounds onto PB - who he already knew was not interested in him at all - and acts creepy with her, but messes up HER trust in him too. He ends that episode with her disappointed that he can’t take an adult situation seriously. Then Flame Princess tries to rebound on FP, and does creepy Eridan/Cronus stuff like touching her shoulder and not respecting her at all. It doesn’t work and he just… falls into despair.

Finn tries to cover his teen angst, and save face by saying he doesn’t want to date princesses because he wants to focus on his “knight” duties. Finn disguising his feelings, by acting as a knight, screams “knight” to me. And everything about his relationships screams “hope”.

But… Finn REGAINS hope in the episode “Breezy”. By being knighted!!! He has a hallucination that he’s being reknighted and suddenly the flower on his arm blooms and he’s able to function again.

For the rest of the show he’s a sincere champion of hope. He deals with things more maturely. At one point he puts hope into the universe to save his life, and it does. At another point he protects the world by using nightmare juice against his own boss, hoping it’ll knock some sense into her, and it does. But Finn can fall into despair again, as he does when the Finn sword is smashed, and sometimes his blind hope can cause him to fall into naive traps, like when he was used as a trojan in Gumbaldia.

PB: PB is just Dirk Strider if Dirk was a better character. Seriously you could absorb Dirk into her and nothing would change about her other than maybe adding his fondness for smuppets (…though there’s nothing proving she DOESNT have a fondness for smuppets already). They’re both shut-ins, they’re both heartbreakers, they raised themselves from childhood, they’re both tech geniuses, they both ride hoverboards, theyre both repressed gays incredibly clingy about a specific bisexual who have to push away advances from pushy straight people, they both make killer robots, they both have 10,000 splinters of themselves represented as other characters who often become evil due to their shared characteristics,  they’re both coldhearted parents, they both have hero complexes, they both have god complexes, they both make the weirdest shit for no reason, they’re the most neurotic in their ensembles, they’re both scared that they can become monsters because of their most natural instincts, and they both DO unfortunately become monsters because of ultimate self shenanigans outside of their control, with the main difference being Dirk’s ultself breaks the fourth wall and isn’t undone, but PB sings the fucking intro song in the elements series so I guess that can count as a 4th wall break.  PB is literally an extension of what Dirk would become if he were a candy girl, he didn’t meet Roxy, Condy wasn’t around, and sburb didn’t exist. They even have a similar parallel where they didn’t become as evil as their splinters because they had a brother, and some early influence from family to be good.

BMO: Okay, so like I said BMO could have been a Hope player as well, or a Bard, and it wouldn’t have made much difference. I chose Rogue of Mind ultimately because BMO is so creative, and can be unexpectedly helpful. BMO’s mind is dangerous and lead them to go on crazy misadventures. But he can show up out of nowhere and change a situation for the better.  BMO’s also incredibly cheerful with some hidden depths.
I FEEL Rogue of Mind for BMO. It’s hard to justify how, becuase what would a Rogue of Mind even be?

But BMO is a gremlin wild with imagination just like Terezi. You can’t deny that at all.

Marceline: I will admit I put less thought into Marceline’s than Finn’s. I always saw Marceline as a Time player though, and I always wanted her to be a passive class like a rogue or a page! Marceline has always fallen victim to being passive in her circumstances.

She is like Tavros and Jake because she feels like she can’t control what happens to her. Marceline gives up really quickly because she think she can’t improve the world or her situation.
Like how Jake thinks he’s full of hope, Marceline is superficially seen as a master of time, because she’s a vampire. She’s lived a long time, right? But actually she hasn’t come to terms with her immortality. She hates it, and she hates that time keeps repeating itself. Marceline is intimidated by the prospect of living forever and sees it as a burden put on her by the Vampire King’s assault. A traumatic experience she can’t move on from.

There are many ways in which she relates to Aradia and Dave as well - how she handles traumatic experiences.
Marceline pretended to be a monster because she was fed up of people abandoning her, and thought she WAS a monster, and if she put on a facade and acted like a huge jerk, it would push people away so they can’t get close to her and hurt her. But this only made her unhappy. Dave did something very similar, with his cool kid persona. Aradia dealt with being dead by pretending she was a robot who had no feelings.

Marceline tries to shed her vampire identity and thinks this is going to make her feel better, but it wouldn’t have done. She’d have spent the rest of her life still hanging onto that trauma even as a mortal.
She is filled with overconfidence which all collapses, like Jake and Tavros, and she spends a good chunk of the final episode having given up on her ability to change fate.

But where the Page aspect shines is its potential. Marceline speaks to Ice King and realises that, in being a survivor, she has a kind of strength. She decides to use her strength to grip onto the wheel of fortune, and in one fell swoop, ANNIHILATES the vampire king with her massive hidden potential. Then it is locked away once more.

Marceline doesn’t understand the extent of her abilities. She’s at a very early stage in her immortal lifespan. But she’s learnt that even though everything repeats itself, it changes ever so slightly each time, and she DOES have control over her fate. She shares this epiphany with Aradia, who took control of HEr own fate in Homestuck. Marceline will only get more and more acquainted with her aspect over time! She has so much potential because she will live for many years.

Doodle my favourite tall one

okay!!!! so how do i put this into words? i chose heir of space for jake cos he really vibes with that classpect in ways that are hard to describe

jake isnt an active character, in that while he actively participates in the story, he isn’t a decision maker. jake in fact calls upon the UNIVERSE to give him advice all the time, or he just does what other people are telling him to do. it’s characteristics like this that make him similar to john and equius, but with the added factor of him having faith in the universe.

i could have made him a BARD of space, hope, or mind, or i could have done the same to bmo… but i didnt want to draw anyone in the stupidass bard costume…

….Jake is very airheaded. He is content and he believes in spiritualism. He is where I think the endpoint for an heir of space would be emotionally. However his ungroundedness leads to challenges. He is easily led astray by his own imagination and his own floatiness.

Space is the opposite of time, and if there’s one thing Jake is ATROCIOUS at, it’s keeping time. He gets so lost in his head that he just can’t prioritise anything, he can’t remember his kids’ birthdays, he can’t focus.

At his best, Jake lets the universe pass through him and lets it guide him to peace. He can offer sage, calming advice, and act as a steadfast ally, putting everybody else before himself. At his worst, Jake gets lost in his head, obsessed with details that he imagined himself, and becomes unable to prioritise in the most basic way. He also is easily influenced by others and led astray.

Yeah a lot of people have been making more boyfriends for Finn lately!!!!

But also, besides shipping, I miss when people would make up AT princesses! My favorites are the weird and silly ones

I have gone where no man should go.

Yes I do have a rationale behind every one of these classpects. 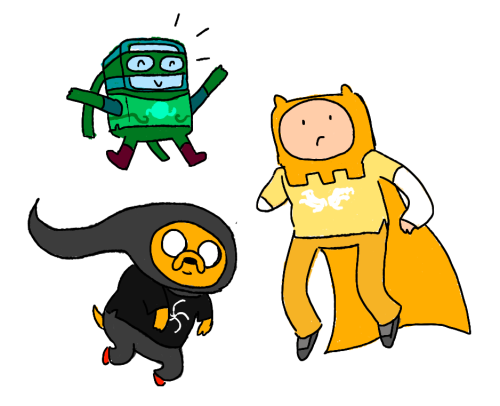 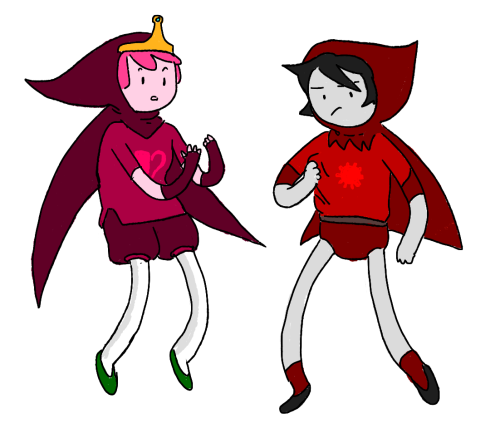 A quick Prismo and Jake the Dog. I love their friendship.

so, i drew finn again. 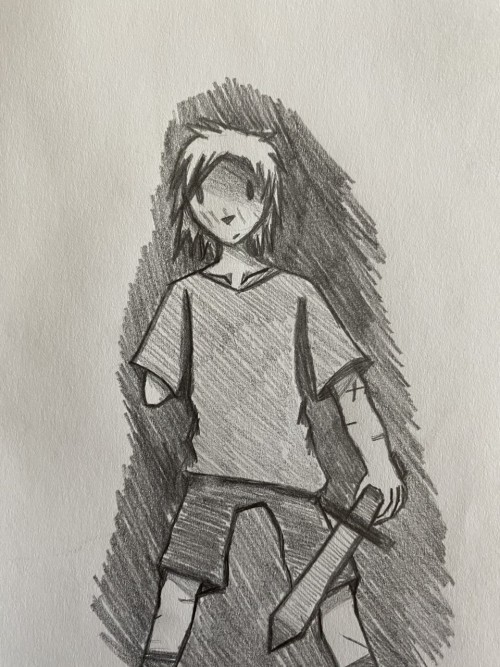 Some things I drew!

Cat is my darling Cheesoid. Doggo is Penny! 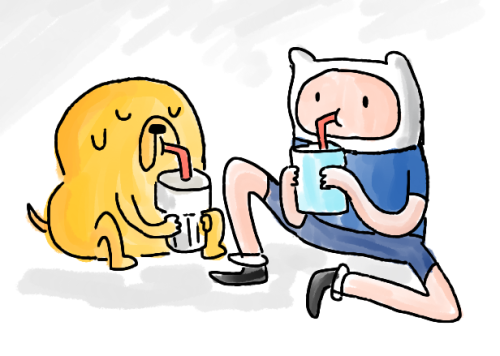 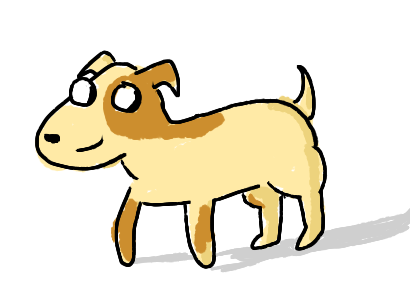 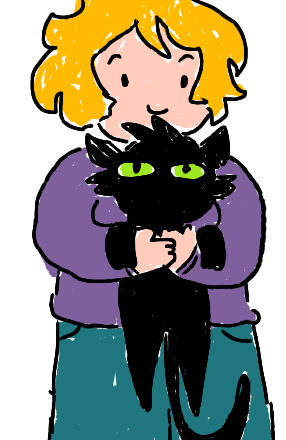 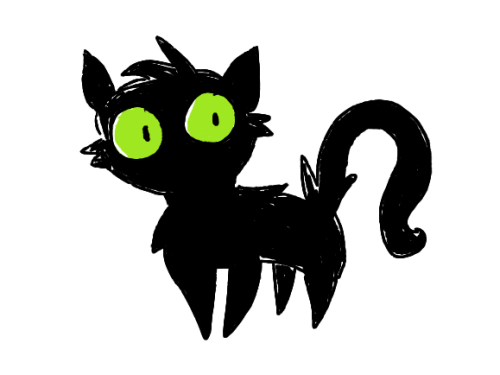