Hi!! Soooo I made an art account on insta. It’s mostly for my irl friends but if you guys want to follow please do!!

The last month or two on my main instagram I post an art post every Sunday and Wednesday but i though why not do it everyday?! So yeah i made one.

I post one picture a day with a song that relates to it or I think of when looking at the picture.

No pressure but if you like art and music then maybe you want to. Idk?? Also you might be able to find my main if your interested in getting to know me personally😊

Also if you don’t want to follow it but ever see some art on here you think is cool PLEASE send it to me. Thankssss

(Kind of a) Masterlist

I only started writing for my fandoms last year so I don’t currently have that many works but I’m trying to write more. I post all my works on Ao3 under the account Nerdgoddess.

All for the Game

Achilles, Come Down - Kevin deals with the voices in his head. (1/1)

Mein lieber Erik - Erik Klose has a love for the simpler things of life, like letter writing and poetry. He also has a love for one Nicky Hemmick. This is a combination of the three. (1/1)

evermore - For most of Andrew’s life, he has known only pain. This is him realizing that it won’t last forever. (1/1)

Flirting with a math dork is never easy - Neil and Andrew show their affection in odd ways. Mostly Neil, though. (1/1)

Messages of a fox - Text conversations had between the foxes (in progress; 9/?)

Thank you so much for reading it!! I’m so glad you enjoyed it! 😄

I’m really out here fleshing out more of my American Idiot Kandreil au and I am full on vibing with the ideas yall.

If anyone has requests/prompts/etc. (especially for Kevin) mayhaps…send them in…? Thank you for your time.

[id: Screen shot with the end of the first sentence highlighted. The full text reads: Neil didn’t know how long he played with his little league team, but his hands remembered the weight of a racquet as well as they did that of a gun. That thought was sobering, as it put him right back to square one and the fact that Neil Josten was a fleeting existence. It was cruel to even dream, he could stay like this, but Kevin had escaped, hadn’t he? Somehow he’d left that bloody room behind at Edgar Allen and become this, and Neil wanted the same so bad he could taste it.]

Kevin: I came here to talk.
Eric: Then talk.
Kevin:

The Reapers are a fairly new team. Established in 2016, they’ve been slowly making their way up leaderboards and pro scene standings. They have yet to win Nationals, but their tenacity and commitment to growth and improvement have kept them in a lot of people’s sights.

No team is without their headlines though! Coach Harrison Marks signed on with the team only last year, and is determined to see them through their first victory. He promises fresh faces and highly skilled players through his vigorous, yet out of the ordinary recruiting practices. Red tape only allows him to go so far, although we believe things would be vastly different if that wasn’t the case.

Don’t let that dissuade you! Both the Reapers and Coach Marks have high regard for each other, and are considered a fantastic teamwork based unit. They have been sighted many times enjoying activities as a whole team. They seem in good spirits, and are confident they will go far. 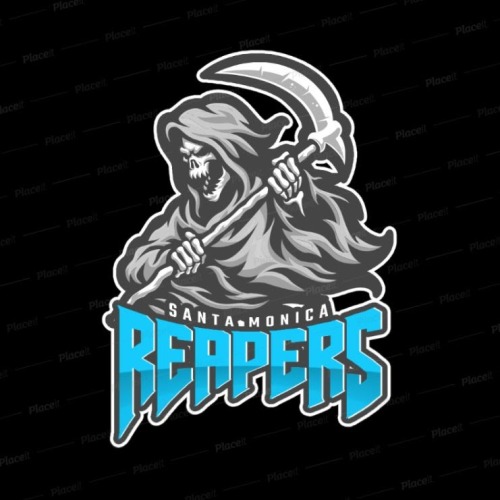 The Reno Corsairs are not news, although they tend to be in the actual news a lot. Their leaderboard standings go up and down throughout the years, and seeming luck, or just general player skill, dictates what their position will be. They have a few National Championships under their belt to show off, while equally being kicked out of needed end of season scores to make it as well. It’s a surprise to anyone (maybe including them?) what their game and season will be like each year.

This never stops them from going all out on the court, though. Fierce, technical, and high-risk plays are what this team provides; they enjoy showing off with daring and tricky moves, while making sure the other team knows who they are fighting.

Although they tend to work well on court, no one has seen them hanging out after hours. Maybe this season will change that? Maybe some new recruits are what it takes to bring the team together off court. 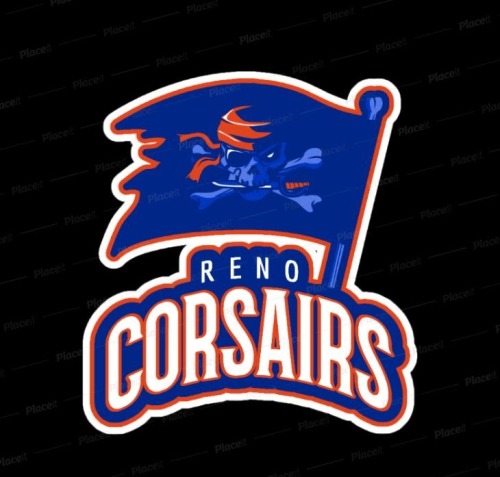 The Spartans are virtually a household name among Exy enthusiasts. As one of the top professional Exy teams in the nation, the hype surrounding this team is both justified and well deserved. The team was briefly embroiled in controversy in late 2017, due to Santiago Valerio’s unconventional recruitment policies. The Spartans are notorious for being selective. Their recruitment/signing ratio is significantly lower than any other team on either coast.

The Spartans are known for their ferocity and precision on court. While they stick within the realms of solid technical style, they are also lauded for their crowd pleasing, flashy play style. On court, they are unapologetically relentless. They study the weaknesses of their opponents, and exploit them, wearing them down with almost unsettling ease.

Even so, they are consistently applauded for their sportsmanship and gracious conduct on court and in the press. Santiago (affectionately called Santiago, or Saint Valerio by his team,) is typically considered a tough coach. He expects the best performance from his team. However, under his stern outward demeanor is an easy smile and easygoing nature that few outside of the Spartans ever see.

The Spartans are a social, tight-knit group, and can often be found splintering off into the city after hours. 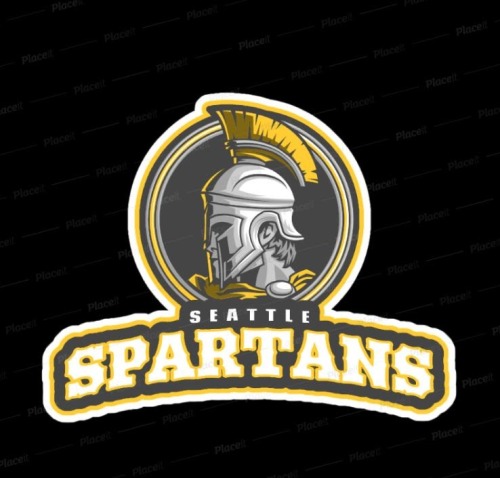 I hear you saying Andrew would put his hand on Neil’s knee if hes been bouncing it for a long time, and I raise you this:

Andrew and Neil both bouncing their legs at the same time and accidentally syncing up rhythm.

#very much so#andreil#tfc#aftg#idk i think about this far too often.#and no i have not seen a lot of people with that first take but i have seen it.#Andrew is adhd. Neil is autistic. Kevin is adhd as well but that doesn't really have anything to do with this post.#actually that or#Andrew Neil and Kevin are the three types of ADHD. No you can't change my mind.#edit: also idk why people think Andrew would stop Neil from stimming??? it just seems a bit ooc to me but oh well think what you want to.
26 notes
doodlingstuff
Text

I know, I know, I knoooow I shouldn’t be posting things like this (maybe someone did first). Blame my fingers and suffer with me:
•Kevin, Jean and Neil are close to retirement, but still pro
•Near to pay their debt, but they still owe
•Covid happens
•Exy seasons get suspended
•Olympics get cancelled
•Ichirou won’t take a pandemic as an excuse
•They go after Neil first
•It doesn’t end well
•For the other guys
•It’s been so long since Neil stopped running, but he still knows how to do it
•Andrew sticks with him, obviously
•Because he made a promise and now it’s time to fulfill it
•They take the cats and run to the Kerejean apartment
•It’s almost too late
•Together they can overpower Ichirou’s people
•Jean feels defeated and ready to die
•Kevin is having one of his nervous breakdowns™
•Jeremy wants to comfort them but he is also scared af
•The five (seven) run away
•This is bigger than anything before, so Neil calls Stuart’s people
•They are offered a safe place to stay abroad. However,
•Borders get closed
•They are trapped inside the country, with the Moriyamas on their heels
•Neil is taken back to the years on the run with his mom
•But ten times worse
•Everything is closed
•They can’t risk their friends
•Their only advantage they have is wearing face masks
•The following days, they squat in empty houses, break in backseats of parked cars
•Kevin is so afraid he doesn’t complain
•They have a few close encounters
•Everything goes to hell
•Neil starts having constant panic attacks again
•Kevin’s are increasingly worse
•Jeremy has never been on the run or in danger. His sunshine mood gets drown in fear
•Jean and Andrew are the ones who stand their ground and get their lovelies moving
•All hopes are lost
•Then, Jeremy remembers
•His family used to have a cabin in the woods
•They make it to California
•Jeremy finds the cabin
•It’s old, empty and a bit creepy, but it’s hidden
•And safe
•Neil and Andrew sleep back to back, ready to fight
•Kevin and Jeremy sleep tangled, failing to ease each other’s nerves
•Jean can’t sleep anymore. He becomes the night watch
•Time blurs. There aren’t any more attacks
•They get comfortable and make a good life far away from the rest of the world
•It’s been so long when Jean decides to give it a shot and explore civilization
•Everyone is sure he won’t return. They get ready to move again
•Jean returns. A small grin on his face, a newspaper on his hands
•Ichirou caught the virus and didn’t make it
•He had no successor, the Moriyama empire is crumbling to dust
•They can breathe again for the first time in months
•Outside, the world is still strange. Everything changed
•But after all they gone through, face masks, sanitizer and staying at home isn’t such a big price to pay for being alive

andrew minyard but as the moomin meme