SPONSORED BY: This is Wrong 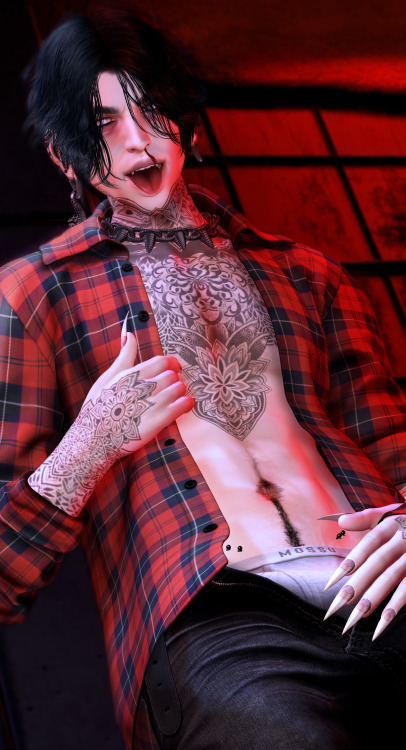 fahc!trevor: u dont have any binery?

He looks kinda like George Bush Sr. He’d be 80 in this photo, though he looks much older because he had chronic health problems. The Kennedy men didn’t make it much past 80, while the women could live well into their 80s and 90s (JFK’s mom lived to be over 100).

Ronald Reagan was 6 years older than Kennedy, and he survived until 2004, so given adequate healthcare JFK could have lived into the late 2000s or early 2010s. Jimmy Carter is the longest surviving president in history, having recently turned 96, so we can establish an upper bound for Kennedy in 2013.

His younger brother Ted died in 2009, so we can assume John would have died earlier, late 1990s/early 2000s, between our world’s Nixon and Reagan (in this world, Nixon never becomes president, so he probably lived longer; Reagan probably still became president, but earlier, so he would have died slightly younger. I assume that the stress of the presidency takes years off you)

#ah, #the monthly political bitchfest is upon us, #god bless her but also Let Me Rest
0 notes · See All
faemajestyText

#do you dig it?, #me, #would you wana wear it in the back seat of my car because it’s cold?, #the jacket is quite warm, #ah, #to have a pretty girl to give my jacket to, #I’m swooning again
14 notes · See All
spiceratText

With all the work that’s being put into revising the XY chapter, I guess that second monthly SWSH release isn’t something very feasible at the moment.

Ah, I gotta accept this.

#just me rambling, #ah, #i am grateful for all pokespe team's hard work, #yamamoto's assistants included
12 notes · See All
outpostaheadText

they want to get out,,,and live a love life with a girl

but we cannot offer that for this body.

we are too corrupted to have someone fall in love.

i accidentally used she/her for someone when their pronouns were they/them. ot was in their carrd so, i said that. they corrected me later and edited their carrd. but i feel so bad, i apologized twice but i think they sort of hate me now, their not replying back :(

Fiona: Jack, Jack I just think my vines should reach longer y'know like Poison Ivy like if I’m comin up short we cant have that right Jack? Jack I gotta I gotta have the range Jack you get me? are you getting this Jack??
Jack: Yes well you know we’re still restrained by mass and physics
Fiona: Jack Jack youre not listening
Jack: I’m listening
Fiona: Jack I believe in you you can make these vines longer
Jack: [chuckles] Well I’ll do my best

Jack- He’s a tinkerer type, I kinda loosely based this off of him liking to play like automation type games and so i was like he’s mostly shut in with his work ((he’s got like so many robot friends tho)) but has a similar relationship w fiona as he does in achievement hunter. ((bonus that robot is BeepB0 I love them a lot basically they record and keep track of like voice memos n such))

Fiona- Fiona uses mechanical vines that she got Jack to make and normally she’s hanging out with Lindsay but they’re kind of… a chaotic duo so probably going to butt heads with Xray and Vav trying to keep the peace. Jack is mostly aware but knows that Fiona and Lindsay are both good people sometimes y'know you just gotta fuckin rage. 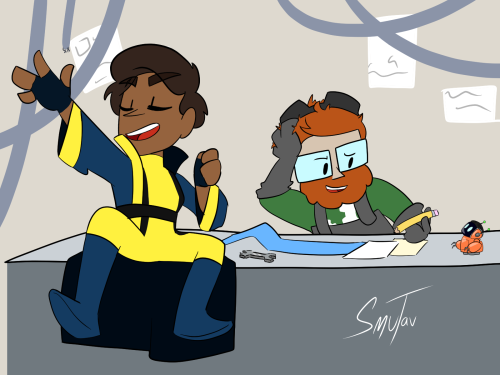