Just a Friend to You

Y/N began her walk to school, plugging in her headphones and popping one into her right ear, clicking shuffle to let whatever song it desired to be played. While she wasn’t nervous about anything within the school, she was nervous about the people.

Y/N has gotten along with Akaashi as long as she’s known him, and although the major ass crush on him never helps, or the fact that he’s literally everything she could dream for and more, she’s lucky that she can keep a normal conversation with him.

Now, with the feelings, it’s not that Y/N hasn’t thought about telling Keiji, it’s just that honestly, she’s scared. While she’s not afraid of rejection, she’s afraid of the aftermath and if everything decides to change.

And the lovely little miss Y/N?

Not a big fan of change within a relationship of her and her best friend.

Y/N sighed, turning her head to face the school, pulling out her earbud as she walks up the steps to enter the building. She takes off her shoes, placing them in her designated locked, same as last year, before placing down some books and locking it tight. Y/N brushes back some hair out of her eyes, shaking her head before turning her head to her right to head towards her first class. Yet, unluckily she was to be faced with the one person she didn’t want to see, but how could she disagree or run away? His face is a blessing in her eyes.

“Hi Kaashi, and yes,” she smiles up as him, then faces her head back foreword with a small blush dusting her cheeks.

Leave a message, comment, or an ask if you want to be added!

𝐀𝐊𝐀𝐀𝐒𝐇𝐈 𝐊𝐄𝐈𝐉𝐈 never forgets to give you the little pushes you need. it might seem blunt at first — the way he tells you to stop procrastinating and work. you believed him to be like the others, till you realized that it was his care and affection tht guided you through the hardest times. gentle words weren’t much, but support and involvement in helping you was constant. he wasn’t the other half you needed to give you a push — no, he was the other half that melded itself with you to take a collective step ahead. ♡

𝐁𝐎𝐊𝐔𝐓𝐎 𝐊𝐎𝐔𝐓𝐀𝐑𝐎𝐔 has never once forgotten to text you goodnight. insensitive is how you’d heard of him before by most — yukie had mentioned him always forgetting to give back things he’d borrowed. you hadn’t expected much since then, but the same text pops up every night before he sleeps — “good night ! <3” it’s barely two words along with a heart — something done so effortlessly — yet its the action of consistency that makes you feel like he truly cares about you. ♡

𝐊𝐎𝐍𝐎𝐇𝐀 𝐀𝐊𝐈𝐍𝐎𝐑𝐈 never forgets to compliment you every day, whether it be in the form of a miserably failed flirt. his words are sly off his tongue, and always happen to capture the beat of your heart and make it his. you call them unnecessary — the way he raises his brows and proceeds to ‘swoon you’ with his ‘charms.’ you always thought of them as nothing much, but then you realized that was his form of telling you how beautiful you were, without breaking down into a flustered mess — quite harmful to his ego. ♡

𝐒𝐀𝐑𝐔𝐊𝐔𝐈 𝐘𝐀𝐌𝐀𝐓𝐎 always smiles at you whenever you happen to look at him. there’s almost never the glint of disinterest in his eyes as you turn to approach him. you’d seen a few others do so — barely bat an eye at you when you spoke — it was a feeling of hesitation that grew in your chest. however, sarukui had never made you feel like that. his attention was always with you, whenever you needed it, and you could tell from the quick curve to his lips at your entry. ♡

Akaashi wip for his bday heheh 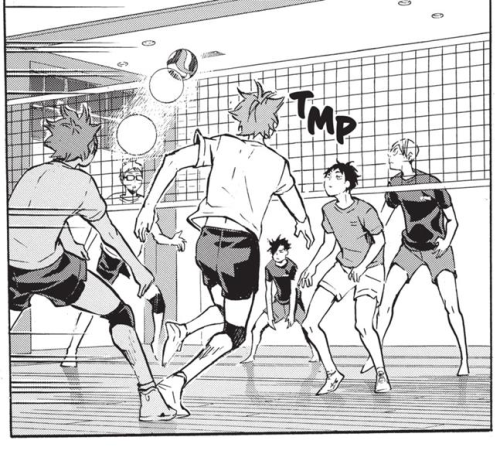 Please don’t repost without my permission

Notes: Title stolen from Song Of The Soul XXII by Khalil Gibran.

Companion piece: In the absence of sound (she hears her heart break)

Wrote this indulgent piece angst and fluff to reset after the very angsty The Astrophile (which took a lot of my own heart). As always, comments are gladly appreciated <3

(Reposting cos Tumblr ate all my tags, rawr).

Yaku bursts into her life like a hurricane, even whilst Akaashi lingers on like the memory of a summer breeze.

She runs into Yaku at the New Year’s Party the Japanese embassy in Moscow throws for expatriates (a fancy term to describe birds who’ve flown the coop after finding it unbearably small). He’s in the middle of chattering with a bemused waiter in very broken Russian about the spread when he explodes into a delighted laugh, so loud that she startles and spills her drink all over his shoes.

Pandemonium ensues – the restaurant staff scatter to fetch napkins and she’s trying to pick up the pieces of her broken glass, stammering out apologies (because dear god, her boss is going to have her head for upsetting a guest – especially one so prominent as Yaku Morisuke, the only Japanese volleyball player who broke into the Russian professional league), when his laugh cuts through the noise.

‘This was my favourite pair of shoes’ he tells her when he stops laughing, and she’s about to launch into a litany of apologies when he grins at her cheekily – ‘But you can make it up to me by buying me dinner instead’.

In which Akaashi plays the violin, and Bokuto has realisations.

There aren’t a lot of people who watch both of these shows but hear me out:

-Powerful and They Know It

-a smile that could light up this whole town

-can and will steal ur food

-did I mention they’re OWLS

-i love them both

bokuto is the captain of shenanigans 🦉☄

⤷  headcanon: getting your first christmas tree together…

›  note: my family still hasn’t gotten a tree yet & the lack of christmas in this household is upsetting :(

⟶  back to masterlist.

their reaction to s/o getting lost in a huge place

including tsukishima, yaku, akaashi and sugawara

request: I’d like to request for headcanons of Tsukishima, Yaku, Akaashi, and/or Sugawara with a short s/o (probably 147cm since I’m that tall Lol) and how they would react to them getting lost in a huge place. - @bucketofforks

a/n: thank you for requesting! i loved this whole little concept and had so much writing this, hopefully it’s alright!

synopsis: a social media au where a college student y/n desperately needs to interview the famous setter and captain from fukorudani academy for her final project, that one of them is akaashi whom she ghosted 2 years ago.

TAGLIST: bold usernames means they can’t be tagged. please send me a message or ask if you wanna be added! :3

my favorite drawing ive done in a while rip

he’s back from a business trip hell yeah

Sarukui: Do you want to come camping with us?

Bokuto: Ooh sure! Want me to bring my retractable s'mores pole?

Akaashi: Are you talking about the car antenna I keep finding in the dishwasher?