this is one of my favorite tasks

“I’ve got this white tiger. What should I do?”

Look at that! The podcast is also available on the official Taskmaster YouTube channel.

[ID: Four screencaps from Taskmaster. Greg Davies asks, “Been hanging out with your dad’s friends again?” Alex Horne replies, “Yes, I have. I was meant to say, ‘friends who are also dads like me’, but I’ve said ‘my dad’s friends’, so we’ll stick with that.” End ID.] 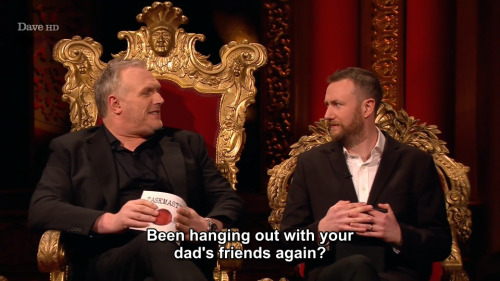 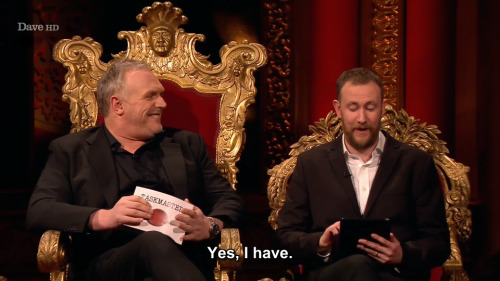 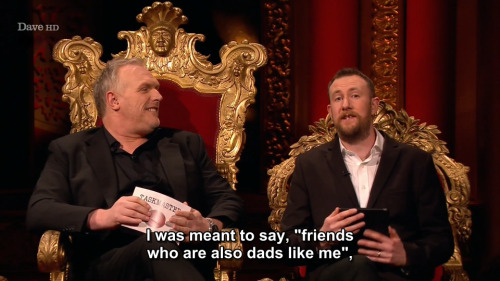 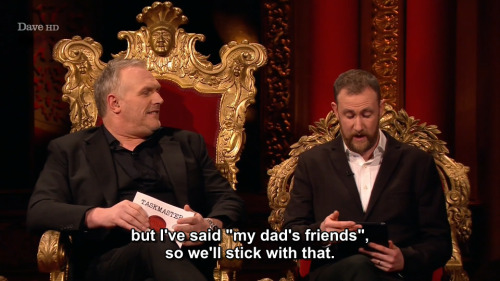 Anyone out there Taskmaster fans? I’ve been watching them all in lockdown and decided to document my favourites! I haven’t watched 7-9 yet and S10 is currently being aired so I’ll be back with the rest. Let me know your favourites!

“I find it quite irritating when you do a little task that isn’t the real task.”

[ID: Five screencaps from Taskmaster. Alex Horne says, “They still didn’t get one. They genuinely didn’t get Dave Gorman’s Modern Life is Rubbish.” Frowning, Dave Gorman asks, “What did you just call it, sorry?” Laughing, Alex says, “Goodish! Modern Life is Goodish! Sorry.” Dave replies, “Even when you’re reading it, you can’t get it right.” End ID.] 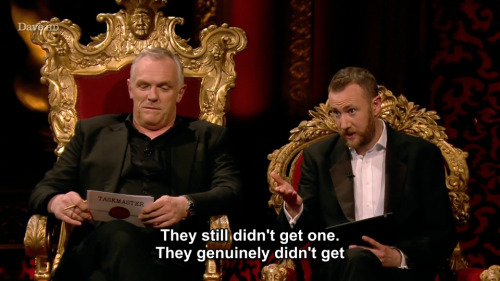 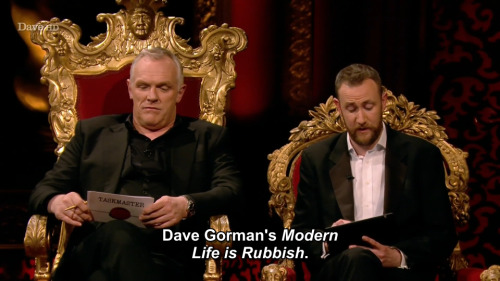 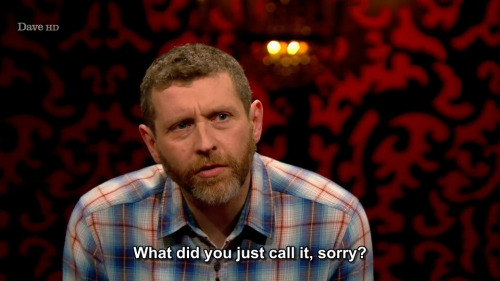 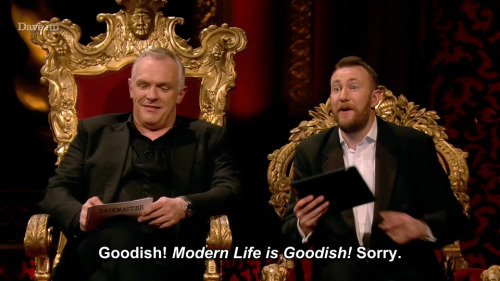 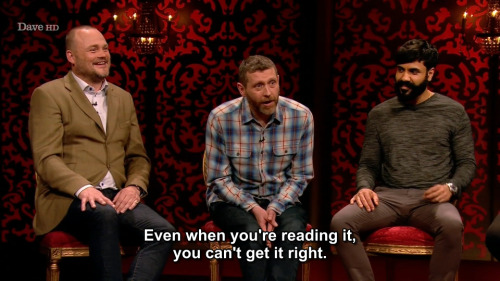 “I’ve remembered how great it is to drink now, so you’re in with contention.”

IT WAS ON ALL OUR MINDS WHEN WE SAW THAT - DON’T EVEN TRY TO DENY IT!!

Me, at the start of Taskmaster series 10: Good cast, wonder which is gonna be the shit one 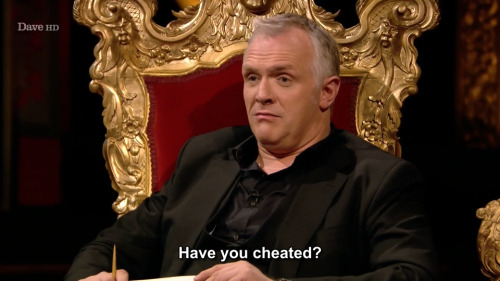 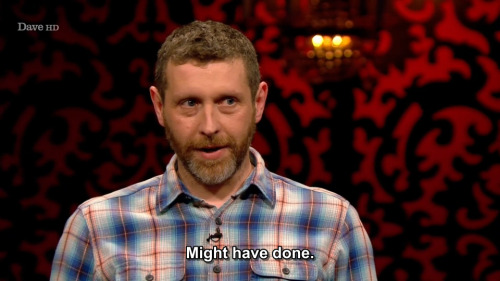 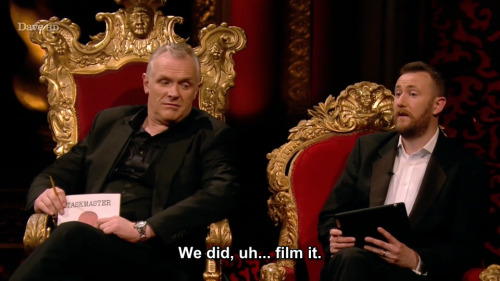 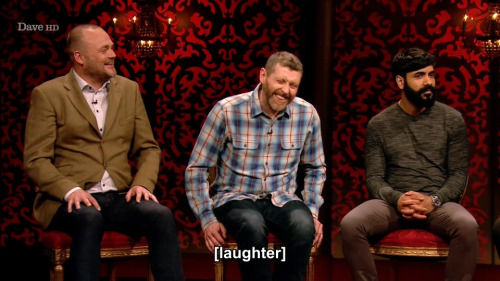 [ID: Five screencaps from Taskmaster. Greg Davies says to Alex Horne, “Take one of your shoes and socks off.” The audience laughs and Alex looks surprised, asking, “For the rest of the episode?” Greg says, “The right foot.” Alex asks, “That’s the punishment?” Greg says, “Yeah.” Alex replies, “OK,” while reaching for his foot. End ID.] 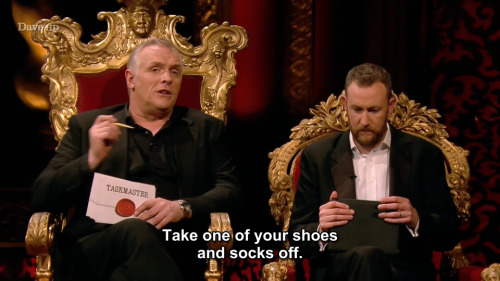 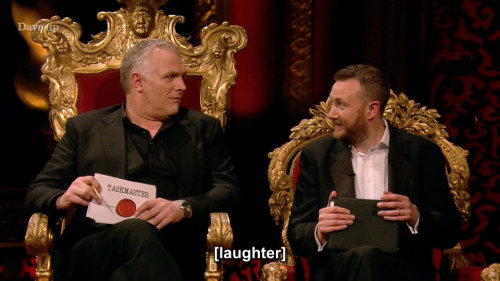 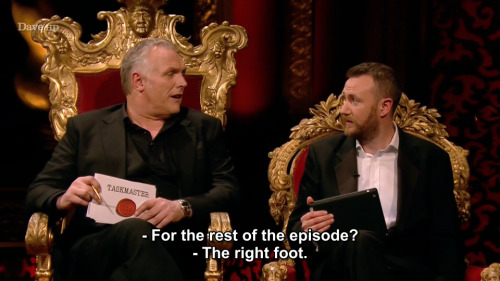 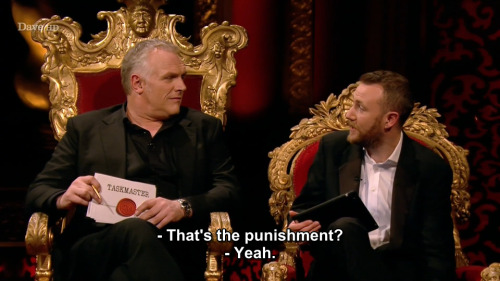 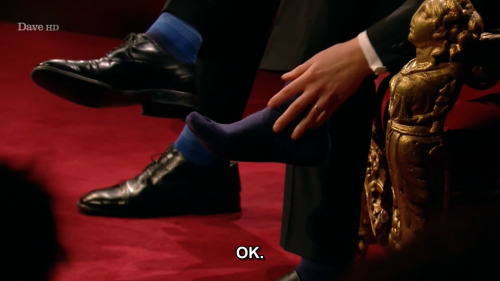 People who I would love to see together on Taskmaster but probably never will:

[ID: Two screencaps from Taskmaster. Al Murray holds out a banknote to Alex Horne and says gleefully, “You like the money, don’t you? He likes the money.” The audience laughs. End ID.] 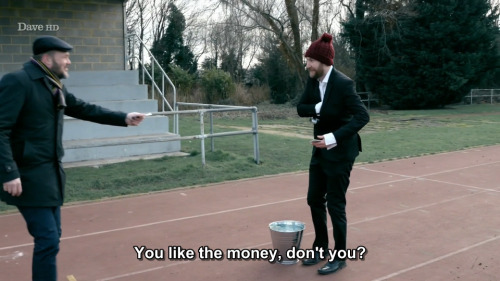 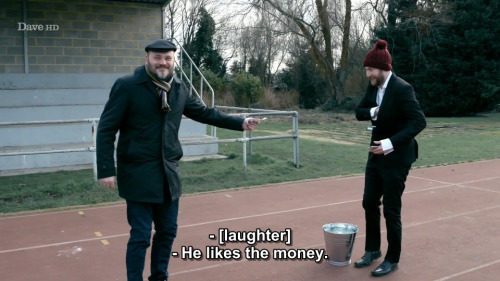 [ID: Seven screencaps from Taskmaster. Alex Horne tells Sara Pascoe, “I mean, I will say I’m not gonna let anyone touch that bucket.” Sara says, “If someone else has moved the bucket, I’m gonna be furious.” Later, Al Murray says to Alex, “I’ve got £115 on me. That’ll warm you up.” Alex carries the bucket while Al says, “Come on, come on,” and coaxes him with a banknote. Watching the footage in the studio, Greg Davies is open-mouthed while Alex hides his face with one hand. Sara gasps, “Oh, my God!” End ID.] 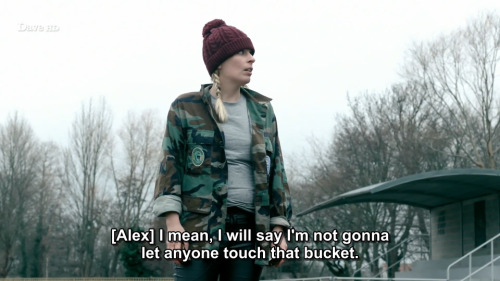 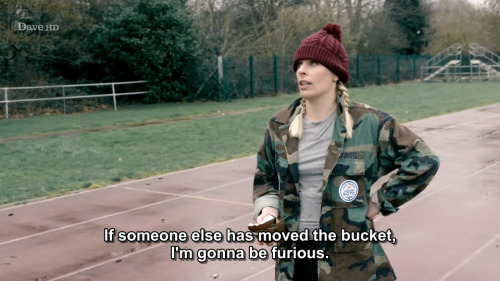 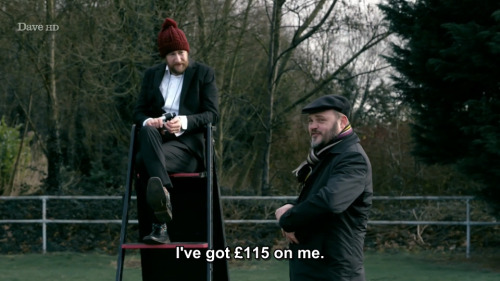 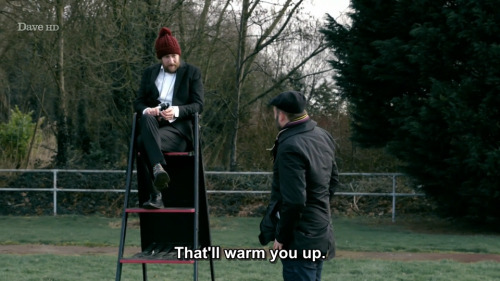 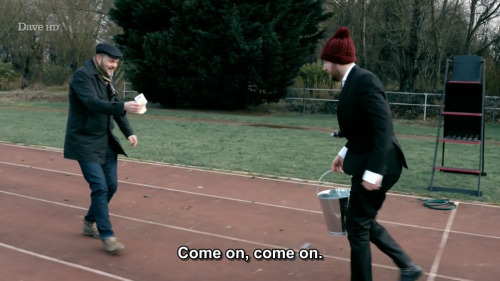 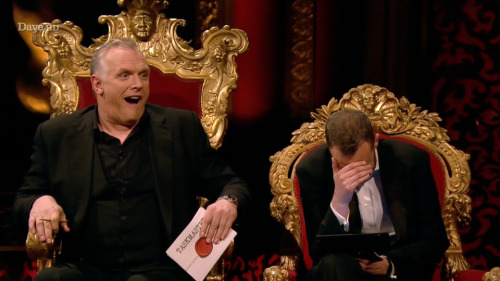 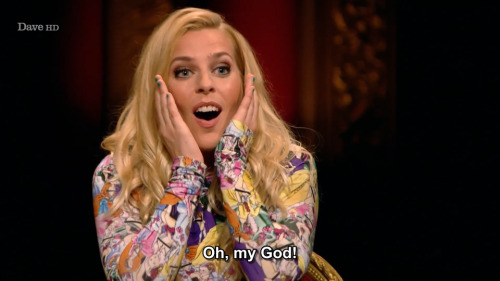 katherine parkinson in a boiler suit can fucking step on me. i said what i said.