Dancing with the Stars judge #DEREKHOUGH , to share his thoughts about how the contestants stack up, and what it’s been like filming the hit series during the pandemic.

Then, she’s one of the biggest #TikTok stars – #ADDISONRAE will join tWitch in the studio to talk about her sudden rise to fame and her new Spotify podcast “Mama Knows Best,”

And, “Queer Eye” star KARAMO , to tell Ellen how he’s been spending his time the past few months, and chat about the latest season of his Emmy-winning Netflix series!

Plus, you won’t want to miss a performance by R&B artist #ALOEBLACC ! He’ll sing his latest single, “Hold On Tight,” from his upcoming album “All Love Everything."

If I cannot fly, let me sing ✨

“The greatest respect an artist can pay to music is to give it life.” – Pablo Casals

The follow-up to 2015’s ‘Stories’, #tim is made up of 12 tracks, including the singles (Tough Love) and (SOS), also features guest #vocals from @imaginedragons and @coldplay #chrismartin. #aloeblacc, who previously collaborated with Avicii on smash hit (Wake Me Up). Swedish vocalist (Bonn) featured in two songs, production team @vargasandlagola collaborated on three songs, and @joejaniak offers vocals on two tracks.

Listen to TIM below @spotify:
https://open.spotify.com/album/6Ad1E9vl75ZB3Ir87zwXIJ

I was one of those people who related EDM with clubbing, excessive drinking and stories of drug overdoses at festivals but the more I got into the genre I learned that was not the case at all. There is so much more to this music than people give it credit for. The impact DJs have made not only on how music is made now but to performing in general, technology, media, business and marketing is undeniable. A once underground community with its many subgenres and its own culture emerged into the mainstream around 2012 and there was no stopping it.

Tim Bergling, known to most of us as Avicii, entered most of our lives with his hit song Seek Bromance, or for some of us maybe it was Levels. Both song that upon mentioning the titles alone I can hear immediately and if I close my eyes, transports me to a memory of my younger, wilder days. If it’s not the drop in Levels that triggers you then perhaps it’s Fade Into Darkness or Silhouettes - and if it’s none of those either then maybe you were just boring and never went out. But all these songs as well as his many many other songs, remixes and collaborations take me back to a certain time and place - where I was growing and changing into the person I am today. When Avicii passed away almost a year ago now, it was the first time in my life that a musicians death truly impacted my life.

Whilst I can’t tell you about the very first moment I heard one of Avicii’s songs, I can tell you that I knew when I heard him that he did something others could only dream of. The more I got into EDM, learning about how the music is made, about sampling, remixing, the spirit of electronic music as a whole, the more I really started respecting DJs. Avicii played music but more importantly, he played with music, remixing song, sampling from the likes of Nina Simone (Feeling Good) and Etta James (Levels), reimagining them for a new generation who didn’t even know it. He saw and heard things before any of us did, borrowing from jazz, pop, country, rock - genres that already had strong voices and sounds, reworking them and making us do a double take.

SOS, his new single featuring Aloe Blacc who also lent vocals to his ever popular Wake Me Up, serves as a precursor to his posthumous album. The album which was about 80% complete before his unfortunate passing is being completed by good friends and fellow music producers Albin Nedler and Kristoffer Fogelmark. The album, Tim, is set to be released in June and all profits will go to the Tim Bergling Foundation whose main focus in on mental health awareness. I truly hope that the album serves as a celebration of Avicii and continues to be an example of his ability to reinvent how music is made, seen, felt and heard.

Avicii brought happiness to many with his music, he was the soundtrack to new beginnings, carefree nights and hard times. I hope his music continues to be a reminder of the light in the dark for everyone. 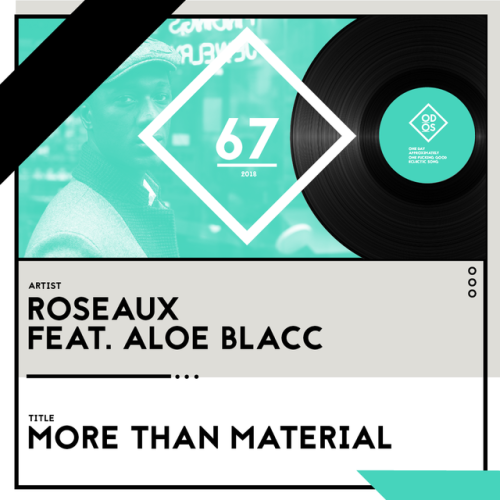