[Disclaimer: yes, the point is, he also shouldn’t feel like things are his burden alone, or that people would immediately discard him, even if something actually is his fault. No need to waste all his energy trying to cling to that pedestal.]

tbh that was a pretty good joke, sugar. 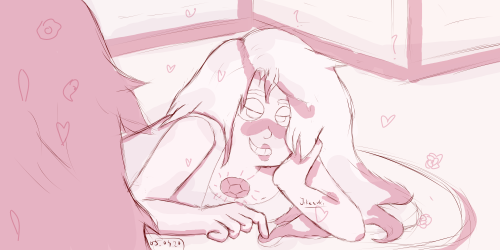 I can’t believe the show has ended and I’m still seeing this.

Amethyst’s (back then) main characteristic was that she was immature.

Garnet is very powerful (at least, more than a normal gem, since she’s a fusion).

Of course, when they’re combined, it’s someone who has too much power for their own good! Both ruby and amethyst are/were pretty naaive and quick to break things! So it would make sense for Sugilite to be someone who. is quick to break stuff!

Too much power for their own good/reckless isn’t even a racist stereotype!!!

“But why are Pearl, the white coded character, fusions gratefull?!?!1?”

Because pearls were slaves. Objects who’s job was to look pretty and dance for their masters. It’s not because she’s white, it’s because she was a damn accesory for privileged people. She is BELOW both Amethyst and Garnet in the social hierarchy.

If you have problems with some parts of the show, that’s fine. I have a lot of problems with the show too. But don’t make up problems out of thin air?!? Dear god.

(The song the user used is “Little wonders” by Rob Thomas)

I miss the polygems era. Now is like the perfect time to bring that back 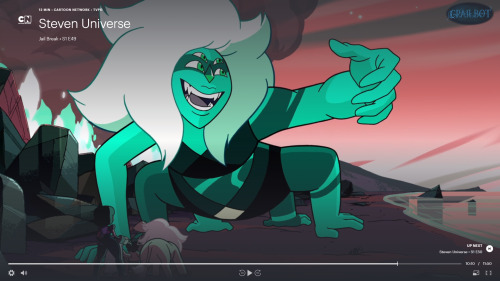 You Got This Pearl

Garnet’s voice is amazing, but Amethyst, what did you just do to your voice? 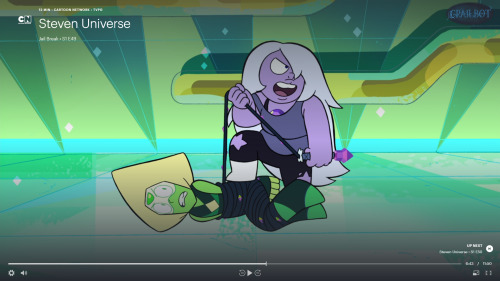 Steven Universe has come to an end, and I loved it.

Stacked Up Okay I guess

That’s a big shield. I didn’t know it was transparent though. That was a bit confusing.

Oooh, and did you see Jasper’s face?

Better be ready to fight, Steven!

Polish up that imagination! 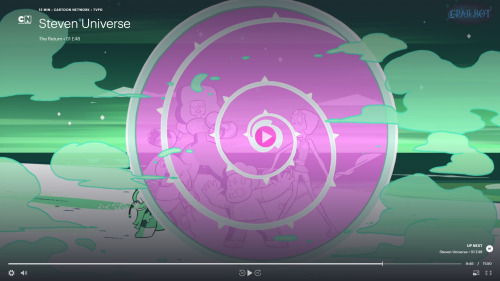 Did a separate draw six character challenge for tumblr!

{ like if you plan on using any of these, please do not claim as your own. c:@blackcat-creations } 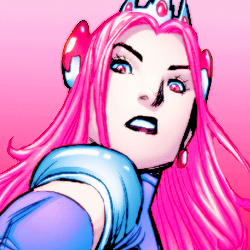 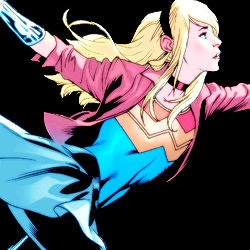 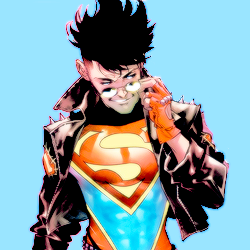 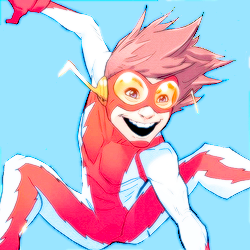 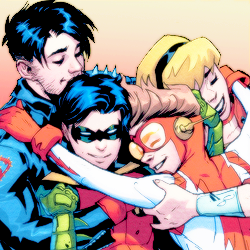 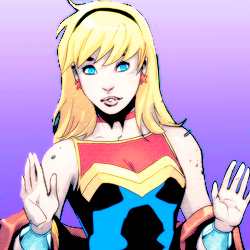 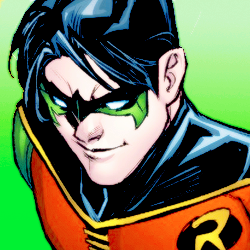 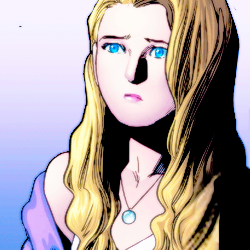 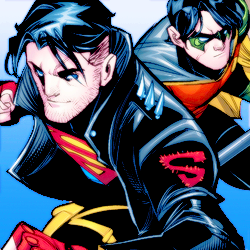 The Quartezine Trio has been outfitted on this state of the art railway to automatically move into position when needed, while our good ol’ single lasor light cannon is outfitted with a bottomed out wagon equipped with a handle for a less back-breaking experience when you pull it into place. 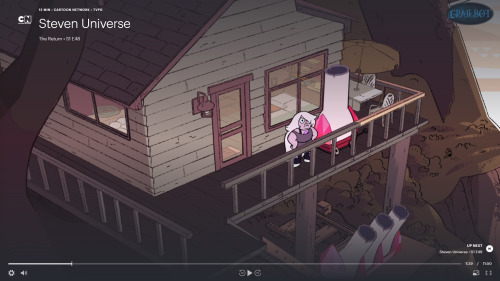 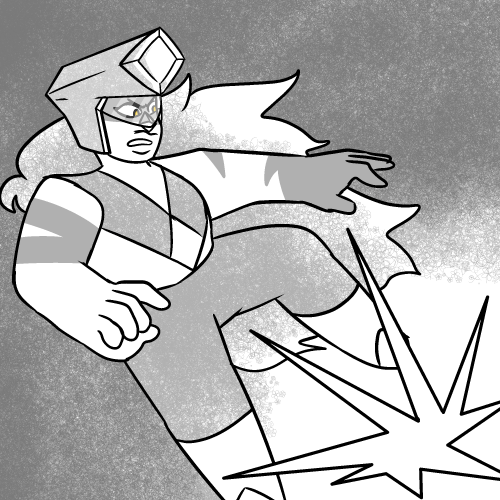 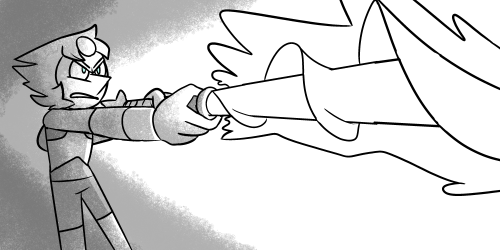 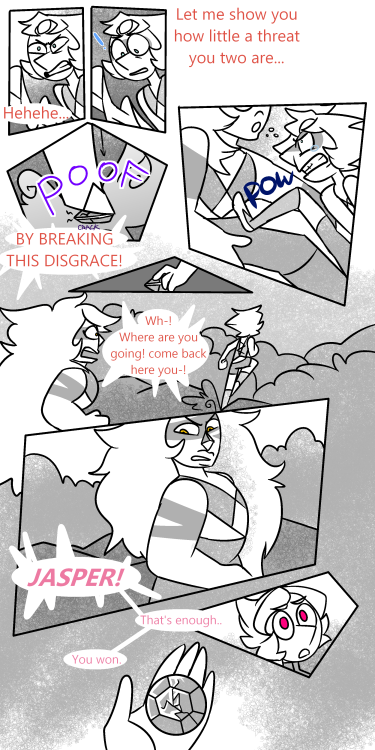 The life-changing concept of being aware of and noticing small details, miracles, and beauty has been a vital part of my own self healing and mental wellness journey.

One of the first things I noticed when I was coming out of depression and anxiety is how I would become mesmerized by spiderwebs, the sound of rain on a tin roof, the softness of spring grass, clouds floating above me, the stars, the root system of a weed, etc. I would find myself going into a state of flow where I was completely present and outside of my thinking mind. I was simply feeling and being presence, wonder, awe, peace, and bliss.

Sometimes these moments would lead me down rabbit holes of research, learning about the world around me. I learned that Orbweaver spiders in my area tear down their beautiful, intricate webs every night and rebuild them. I learned that nebulas are the nurseries of stars. I learned that plums only grow on second year branches- that in gardening, as in life, we must make decisions and do beneficial things now so that things will be better in the future. . Sometimes these moments would simply stop me in my tracks and allow me to feel gratitude and wonder for life and our universe.  #rainbow🌈 #amethyst #amethystcrystal #amethystcluster #crystallove #crystalgems #crystalmagic #crystalvibes #crystalwitch #mindfulliving #mindfulnesspractice #mindfulnessmeditation #mindfullife ##mindfulmoments #mindfulnessmatters #mindfulmoment  #onewiththeuniverse #cosmos #universalsource #spiritualawakening #spiritualjourney #mentalwellness #mentalhealthjourney #spiritualawareness #beherenow #mindfulnesscoach  #higherfrequency #selfhealers #selfhealing 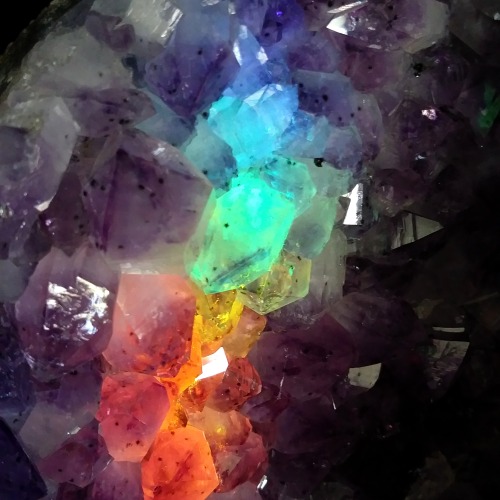 Pearl, I know you are lying. How do I know? Look at that roll of duct tape! If everything were fine… would you really need a super sized roll duct tape for your little science project?

It’s sweet that even Amethyst is going out of her way to protect Steven. Though, honestly, I don’t find it that much in character for her.

As a mom, I have to throw a little personal spin on this. I always thought when my kids were little that I would always be open and honest with them and they’d just learn to deal with real life better that way. But over the early years of parenthood, several things happened that made me backtrack that philosophy a bit. One example, and I’m sure SonBot doesn’t remember this, but at around 3 years old he told a classmate that Santa wasn’t real and parents just pretended to be Santa. When said parent called me to complain I told them that I had done nothing wrong and Santa isn’t real and there was nothing wrong with teaching kids about the true meaning behind this time of giving… and then I swore to not ever suggest one way or another to my kids and let them work it out on their own. When I married my husband some time later though, he went all in on the magical parents tell kids, and I just allowed him to because you know, tradition.

The how-much-truth-is-too-much scale has moved quite alot over the years swinging from one side to the other, but SonBot doesn’t seem too permanently damaged from it, so you know… 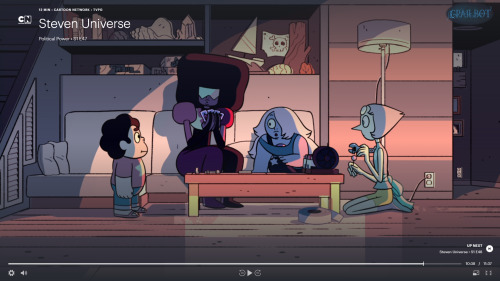 It’s been a week since Steven Universe ended with it’s finale and I still can’t get over how important this series has been not only to me but for others and for animation in general. I remember hearing about this show back in 2013 and the first episode I actually watched was “Cheeseburger Backpack”. I really enjoyed it but I never really caught up with this show until my sister had actually recommended me to binge watch all the episodes in 2015. I started to love the characters even more and got so invested in the show.

As the original show ended, Future came along and while I enjoyed it at first, I still can’t get over how much I related to Steven throughout the show. The show came out at a time I was feeling hopeless and had no one but thankfully this show helped me to go through some of my problems. I sincerely thank Rebecca Sugar and the Crewniverse for this show.

So here’s my tribute of Steven and the gems waving us one last goodbye. The show may be gone but it will not be forgotten :) 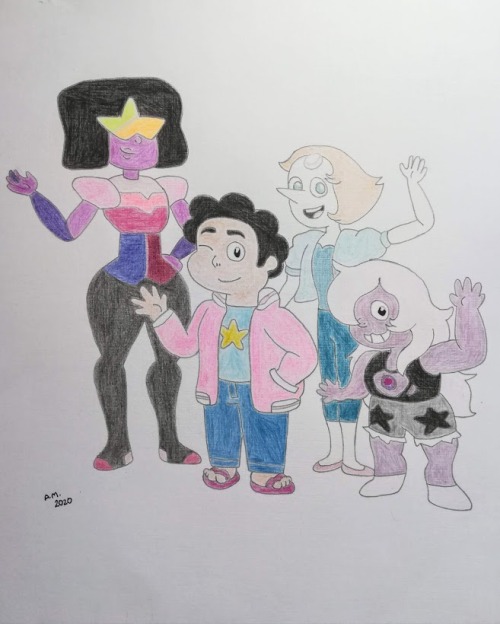 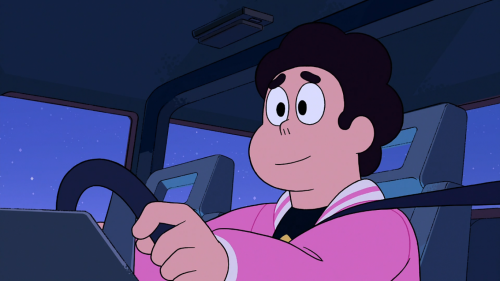 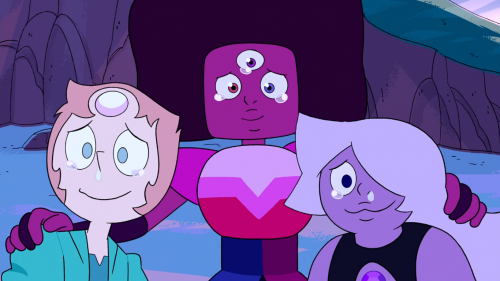 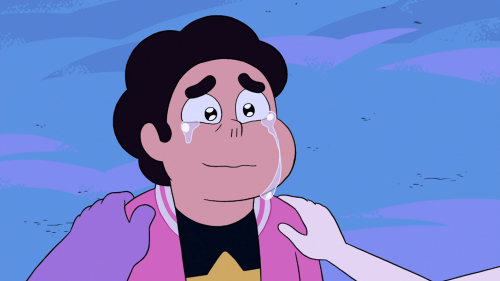 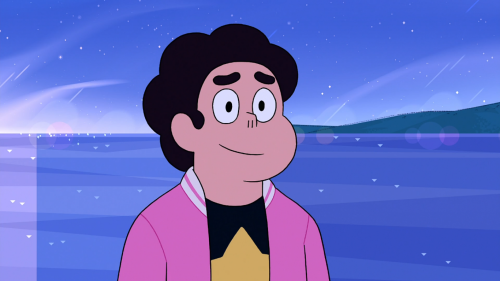 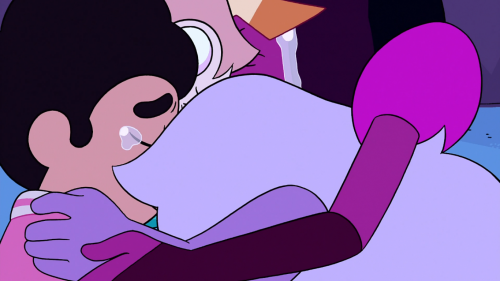 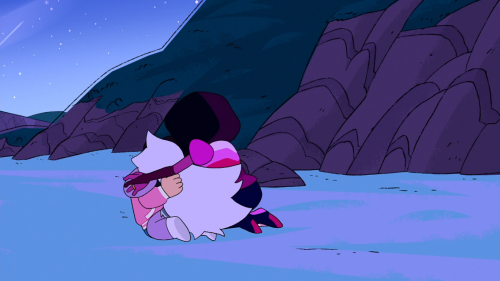 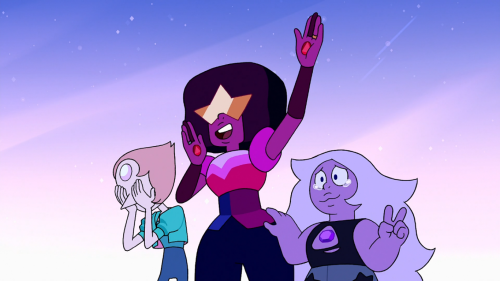 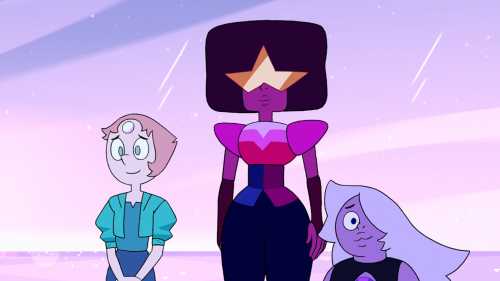 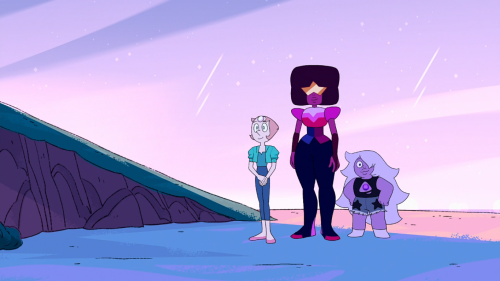 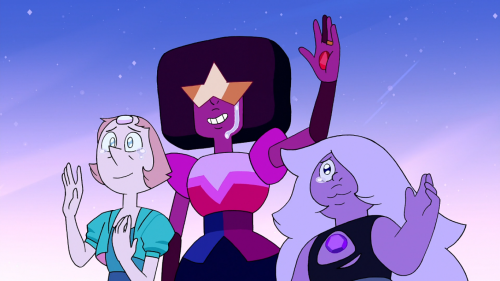 This show and its parallels