Woke up and decided to simp for Anastasia from the Cinderella cinematic universe. More news at 7

*TL: DR Gleb and Anya met years ago. And he decided to travel to Paris with her to reunite her with the other Romanov who survived.*
*age progression: 14-16> 17>24>27*
*I’m using Sophie as the name of the countess because of personal preference*
*Hyper focus on Gleb bc I WANT TO*

- Gleb first met Anya at a campsite. His father decides to take all of them on a family trip. So they can have a nice time together before his father got sent out for a 2 year-long mission. Quite ironically, the Romanov and Vaganov happened to share the same camping ground that summer. Though Anya’s family has a- significantly fancier and newer camping equipment, the two families still had a great time together.

-Since both Gleb and Anya are in the same age range, they soon became fast friends. The summer passed by faster than the two realized. So they promised each other to write letters once they got home.

And that’s how their friendship progress as pen pals.

-They exchange letters almost weekly, sometimes once a month if they both have other things on their hands. But they managed to keep the flow going for a long while.

-The duo eventually decides to meet up at the Train station in St Petersburg exactly two years from the day they met. Since Anya’s Grandnana owns an estate in St.Petersburg, Gleb will be able to stay for a week or so.

-However, Gleb stopped replying to Anya’s letter half a year before their meeting date.

-They waited for an entire hour. There was no sign of Gleb or anyone claiming to be him. Right before Anya was giving up, Sophie spotted a young soldier keep glaring in their direction from afar.

“Is that young man your *pen pal* boyfriend? ”

-They somehow reunited just as planned. Even with how stiff and uptight Gleb’s expression is, he still agreed to stay for at least a night. Grandnana insisted that they have to sleep in separate rooms.

*Well, nothing can stop Anya from staying up all night with her pen pal and force him to tell her EVERYTHING she missed.*

- Gleb eventually gave in and told her everything that had happened to his family. From how his father failed an assassination mission to his mother’s tragic death. And how he is forced to join the military to keep bread on the table and regain his family’s honor.

Anya listened to his story quietly.

They both fall asleep by each other’s side. Like how they would watch the star till midnight at the campsite.

*Though, the raid of the Romanov happened a year after*

**oh yeah, we are now finally approaching canon and act one**

Gleb helped Anya escaped from the raid as her guard. They tried to catch up to the same train with Sophie and Dowager to Paris. But failed as the trope who raided the palace caught up to them.

-They had to hides in a town miles away from the palace instead of going straight to Paris.

Anya, as the former royal and now refugee, can not stay in a town for too long (at least for the first couple of years). The trauma of watching and losing everyone else she cared about die in front of her (and other things) later lead to her memory problems.

-Gleb only found out about her memory loss problem a couple of years into their run/trip to Paris. Since he is the only guard left that could have protected/help Anya from reuniting with her grandnana. The ex-soldier decides to travel beside her… and protect her from whatever she will be facing in the future.

hmmm okay so i am going to go with Anastasia because they are on my mind.

i would say hysteria. she and her wife had been fleeing from a group of people trying to attack them. that split into two directions in hopes that anastasia could get away with zia (their four year old) because they were after carmen. carmen ended up getting captured. this resulted in anastasia going into a hysteric rampage causing the world around her to die.

i think she has a stronger control over her emotions now so it probably wouldn’t result in as much destruction but it could still be bad (especially if what happen was to zia) if it was something that happened to zia, i imagine in would be a lot worse

This brings me comfort 💌

Meet the woman with the biggest cheeks in the world

Meet the woman with the biggest cheeks in the world

In order to look beautiful, people undergo various medical procedures as well as cosmetic surgeries at the risk of their lives.
Someone loves to enlarge their natural lips, someone wants to beautify their face, but the woman we are going to introduce to you today is known as the woman with the biggest cheeks in the world.
PC: Mirror UK
Anastasia, a 32-year-old model from Ukraine, has undergone…

Hello hello! Today’s book is one I’ve heard about MANY times, but haven’t really had the chance to pick up until now. This will be a review of Neal Shusterman’s Scythe. So without further ado,

What happens when humans defeat death? In a world where every disease has been cured, every injury healed, and aging reversed, death is no longer guaranteed. As a way of population control, Scythes have been appointed to kill a certain number of people every year. When Citra and Rowan become apprenticed to a Scythe, they must learn the art of killing, and the real cost that comes with having the power of death at your fingertips.

If I’m going to be completely honest, this book was a little hard to get into at first. Maybe that was just because I had such high expectations or because the last two books I’ve read were so fast paced. Regardless, this one started out slow, but I was hooked after the first conclave. Without getting too philosophical, this book really led me to question human nature and what we would theoretically do if our only real shortcoming (death) was conquered. One thing that I greatly appreciated was the entire idea of Scythe’s choosing a patron historic, because it really tells you a lot about that scythe’s personality. Citra choosing Anastasia is an obvious example because we got an actual explanation behind her choice, but take for example, Scythe Goddard. Robert Hutchings Goddard was the engineer/physicist responsible for inventing the first liquid fueled rocket. Of course Scythe Goddard would choose to name himself after an innovator, literally responsible for the ambitious trips to a place beyond what we already know and are used to. I could spend all day talking about the other Scythe’s name choices but I’m going to move on for now. Citra and Rowan are really interesting parallels because I feel like their personalities kind of swap? That may be a result of them learning from each other, and/or learning from Curie and Goddard respectively. Faraday tests Citra with his ring, and she falls for it due mostly to her own curiosity but a bit of ambition as well. Faraday claims he will run the same test on Rowan, but Rowan never takes the ring. Later, he does take Goddards ring (different circumstances but still). Either way, I love them both and I love that even though they’re so different and constantly forced to compete against each other, they never stop looking out for the other. I rarely get too emotional over a character’s death, but for some reason Volta’s death just…hit different. Maybe it’s because he had just been forced to kill a classroom full of children, who still held out hope of life until the end. Maybe it was his horror in realizing how much power Scythes really have and how easily it can be corrupted. With their power over death, Scythes are seen as god-like, yet they are somehow the most human, because they are the only ones that have to deal with the consequences of death. And what happens to them if they don’t feel those consequences? In response to that I’ll leave my two favorite quotes from the book: “Immortality has turned us all into cartoons (Curie, 192).” “It [greatest wish for humanity] is that we all still die a little every time we witness the death of another. For only the pain of empathy keeps us human (Faraday, 388).”

I apologize if this review was a bit more serious or “philosophical” than normal, but it is what it is. If you enjoyed that review, it would mean the world to me if you’d like, reblog, comment, follow, ect. Remember to stay classy, and have a lovely evening! :)

“If we live through this, remind me to thank you.”

Have I made myself clear?

Anastasia stickers are now up on my Etsy store! ↴ 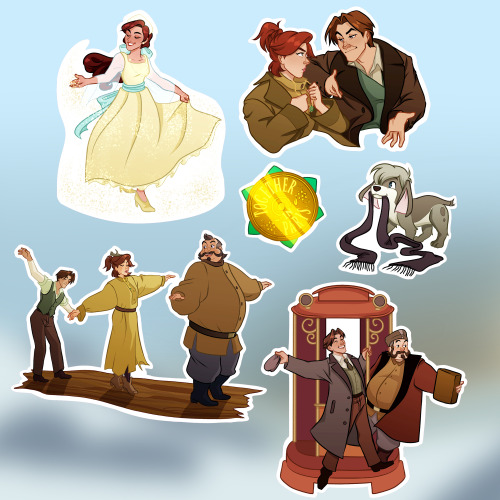 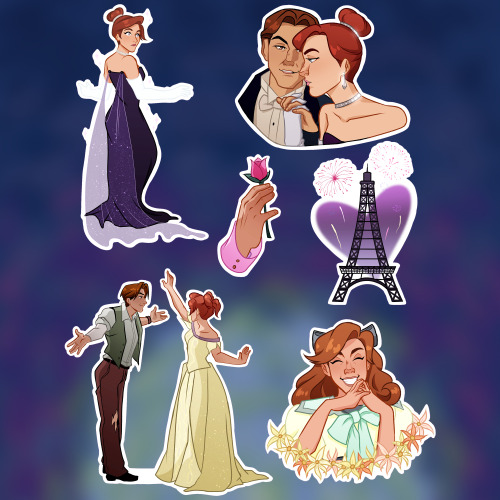 feel free to use! like or rb if saved 💕

ok so I’m not sure if this point has been raised yet…but Anastasia is now technically a Disney Princess™️…so does that mean…we get Anya and Dmitry and Vlad and POOKAH at Disney World/Land?????

BECAUSE I WOULD GO JUST FOR THAT. I WOULD FIGHT SO MANY ANNOYING LITTLE KIDS TO MEET ANYA AND THE GANG.

(In a life post-deadly pandemic, of course)