the core of my portrayal of ben is that in the nerd vs. jock debate he’s a jock

#♡ ◦ &    .   mace   ⸒      sharks dont infest waters they live there ., #rewatching descendants with val makin me think abt, #so many ideas of ben that, #see how sweet he is and tuck him into this trope of sweet shy nerd, #but the fun of ben... is that he is not shy, #he's very much a like golden boy, #but he's fun?? and impulsive?? and like... so full of life??, #he's open and honest, #i lied the core of ben is his empathy and understanding and compassion, #but like what i take a lot of like pride in my portrayal is a lot of the like, #acknowledgement of him as a dude who is both kind AND goofy and fun, #like ben isnt a head over heart person at ALL, #he's ALL HEART BABY
14 notes · See All
jlf23tumbleAnswer
1)'push through, you're doing great, you're doing so good, that was a great move, push, push through, okay box now' I COULD GO ON AND ON ABOUT IT ITS BEAUTIFUL. in my personal hc every driver has their own radio guy who's THE ONLY PERSON allowed to talk to them during a race for concentration purposes and there's a Special Bond™ there that no one can understand. Okay ngl I Get the Cyril crush and even the Toto crush for some reason. Christian seems like a lowkey dick but also like a Good Leader/

2)/Father Figure for the very young drivers on his team. Also my other fave is Charles but not in a crush way but more in a way that’s simultaneously ‘Go get em boy!!!’ and 'I want to protect you from all the evil in the world ever you’ve been through enough’ which is also vaguely the stance I adopted towards Pierre, esp when that horrible accident happened. I’m also endlessly rooting for Daniel bc he’s a sweetheart although he done goofed with going to Renault imo. Also Williams lady!!! Yes!!

I love your HC so much, I could actually see it? Like, that voice is integral to them being able to concentrate and win–someone better pay cash money for it!! Oh and on one hand, I totally get what you mean about Christian being a mentor for the very young, but that was a total asshole move about Danny Ricardo (fucking up his name because you “don’t remember it”? c’mon now)…speaking of asshole moves, the Piers Morgan-esque reporter scum trying to bring up the dirt on Alex’s mum in an interview, and the Red Bull press guy NOT HAVING IT (”I’ve got a job to do” “Do it another day then”…BURN). I’m way less into the drivers, but I love the cinematic poetry we got this season, like Kevin cosplaying a bearded Jack Lowden in a Dunkirk boat role while “relaxing.” I am DEFINITELY rooting for Claire Williams, god, she cannot catch a break, but also, the choice of that guy to run the project, MISTAKE CITY. Bad hire.

#i'm so on the fence about danny ricardo, #on one hand he seems like a goofy kid, #but he also reminds me of so many douche bros, #and i try to give him a break for the crippling insecurity these antics are masking, #but it's exhausting, #he has great teeth and i love his hair and nose and eyes tho!, #I bet he's a lovely person!, #personality wise, #it's just the edit...sometimes it is not so kind
2 notes · See All
cartomaniacText

#personal, #me, #he looks so goofy, #and I look sickly, #sleepy kitty
10 notes · See All
novaparkPhoto

My wol crashed a bit ago, need to pare down my population a bit and I am not ready to decide who yet so I avoided the issue by going into sims 4 instead.

I feel like trying to get Wes right is gonna be a lot like trying to get Asher right was a few months back. I’ll probably have to do some more edits of him, I don’t like his long hair as much for this version. Idk, mesh seems bigger.

Io’s proven a bit easier since I already made most of her family and I just edited her mother’s ts4 file. I do not think she’s exactly right just yet either. Need different contacts. I wanna find some with larger pupils like I have in my s3 game but it seems all the ones I have are tiny.

I also edited Ash a bit again but mostly just the browline and Nash got no edits because Nash is perfect. In fact I’d probably change her ts3 version before I’d edit this one. 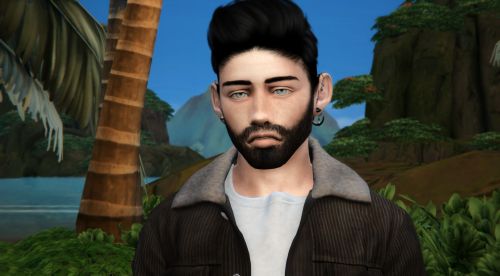 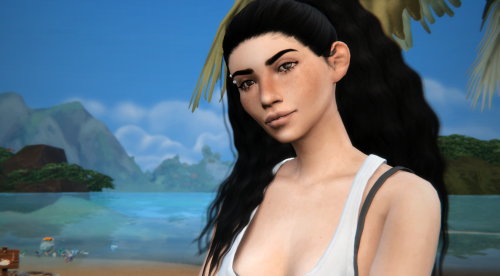 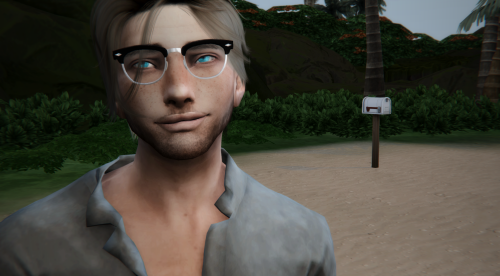 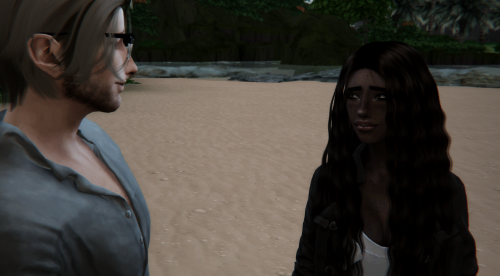