#jensen ackles, #italian, #italiano, #sorry but i'm still not over this, #'interpretava il cacciatore decimo beretta', #never sure about these things, #does it sound trash in italian randomly, #or was it trash in english, #and we never noticed because english, #like everything sounds so cool to me, #as long as it's english, #then you think about possible translations, #and yeah
4 notes · See All
justfeelinghellaText

I have no motivation today even though its a Saturday that im sus of how the red lady will come next week or next next week.

I have stayed in bed since this morning and just went up cause I checked my messages to find that I did not yet made my class assignment for a video and honestly with how low my energy is toda I didn’t give that much effort and just winged it like how ive been doing it for the past assignments.

And now Im just procrastinating on how Im supposed to write the short story for my English sub. Like I cant do a short story. I tried writing last night and I had to stop myself cause I would have made a whole fanfic about a fanfic.

Like I was thinking of how a police officer man who has a feminine side that no one knows of in the force comes to a cafe across from his apartment in which the owner was a beautiful woman he was totally in love with. They knew each other and are close with each other but they don’t really know each other that much other than him being writing webnovels of heroes and her being the owner of this cafe.

But then the chief invites him to the station thoigj it was a break cause he wanted to introduce someone so dadan the lady was chiefs daughter and now everyone gonna know that secret he had been keeping.

Something along those lines i dont know manzzz…

I have finished ranting and yeah…

#oh and the police guy was actually Bakugou from bnha, #the lady being lillian from freezeframe, #and aizawa as the chief, #and yeah, #teacher showed a photo prompts and thats what i got, #maybe, #ugh
0 notes · See All
meet-the-girl-who-canText

#I just never photograph well, #ever, #I’m not a pretty person and I have wierd hair, #and yeah, #not great feelings but they like to pop up every one in a while, #Idont know how to make myself pretty I never learned, #make up makes me feel like a clown, #and I don’t like people touching my face?, #when I had my make up done for my sister in laws wedding, #I had to go and wipe it off it looked dreadful
0 notes · See All
fangsupfuckersText

#suicide mention, #self harm mention, #i wanna fucking kill myself i don’t wanna be alive, #i keep thinking about how id do it, #and yeah, #fuck, #I HATE THIS SHIT, #I WANNA DIE, #I HAVW A FUCKING AWFUL HEADACHE LIKE IM HAVING A DAMN BRAIN ANYRISM, #AHHHHHHHHHHHHH, #and every tiny little thing is making me frustrated, #and atm my immediate reaction to the tiniest bit of stress is to hurt myself, #i keep hitting myself and biting myself, #and i know i shouldn’t but idk what else to do in the moment, #im just tired dude im too damn tired, #hurting myself relieves that brain on fire feeling just for half a second, #but im too tired to carry on like this, #especially if i don’t end up finding meds that work, #then there isn’t really any point anymore, #im not living, #.ugh.
1 notes · See All
fire-mortalPhoto

Yes, I know today is 4, sorry for being late, but I had technical problems (I had some ideas to make this drawing, but then I can’t make the drawing with those ideas. I started this drawing on day 2 (the day before yesterday), but yesterday I was doing the drawing and then I hated how it went so I started from 0 again.)

So I made this drawing in about an hour and a half (I think it’s the fastest I can make a drawing since I draw with the touch panel of my netbook, so yes, it is quite difficult to draw like that) So here it are! :D (i hated to do the heads, i can’t draw circles well >:T)

well, i don’t gonna explain nothing more since i had nothing to explain, just that xd

And Blueberry/Swap belong to AU community 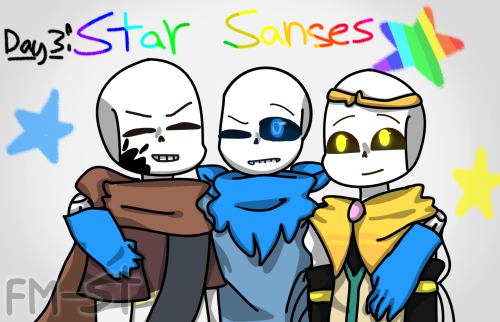 do you ever just think jade leech

#im in class, #and yeah
1 notes · See All
roomy-ghostedText

Headphones by Hollander is the ultimate simp song for us fuckers who simp over people on twitch or youtube, prove me wrong.

took an accidental walk down memory lane and found the short radio play I had to write for my script writing class year back that I really though I might make into like an actual podcast and then frankly tossed that idea in the trash but anyway if you’re curious about what a podcast by me might sound like, here’s a link to the script

#i had all these ideas for this being like the intro, #and then it would be audio letters about what's going on and you'd slowly learn the world, #and what exactly happened to the MC and why they can't say his name on the recording, #which was a very like prison complex scifi reason, #and an eventual break out of the city into the like desert mass chaos landscape beyond the wall, #and yeah, #there were Ideas onces, #personal, #oh and bc i just realized it might seem sketch, #i never had the final version on its own doc i think i edited in my portfolio for class and it didnt exist outsie of it, #and the draft was formatted wrong and also lil different, #so i just made a new document and copypasted, #but it's from almost exactly 3 years ago
3 notes · See All
maydxyparkerText

#ooc: sharktic monkeys, #listen, #sometimes im like, #may adopts all the hurt kids around her and mothers them to death, #and all the adults who were hurt as kids, #and yeah, #and thats totally true, #but you can tell when she's feeling more maternal because every hurt kid, #in both the mcu, #dcu, #ua, #and every other hurt kid centric show shows up on my recommended blogs, #quick addition to these tags:, #may is happy to mother children from any universe to death :)
3 notes · See All
firefly464Text

whoops i just realized i misread that one ask but shh its fine heres the actual thing that anon suggested.

but yeah this isnt canon in any way shape or form, unless you want it to be i dunno its up to you

Tubbo was at his breaking point. He could feel it. The stress of the presidency had been building up for months, and he was finally on the verge of snapping. And so as he looked over at the boy across from him, he found himself seething with anger.

“Shut up!” He shouted. “Just shut the fuck up for a second!” He could see his friend flinch at the words, but he couldn’t find it in himself to care. He was tired. “You have no idea what you just did! This isn’t… This isn’t a fucking game anymore, Tommy. Lives are at stake! You can’t just go around doing whatever the fuck you want like you could back in your world.”

“No! You had your chance to talk. You had your chance to defend yourself, and you ruined it. Now we’re all in danger because of you and your stupid fucking choices.” All of the emotion that had been building up inside of him for years was finally spilling over. He couldn’t stop himself, even as hot tears streaked down his face. “Maybe it would have been better if you hadn’t destroyed that bow. Maybe the real Tommy would have actually understood the consequences of his actions.”

Tubbo could see the moment that his words sunk in. It was like watching a piece of glass shatter. He watched as his best friends face rapidly switched between hurt and anger and betrayal, before finally settling on raw pain. He watched as tears began to trail down his friends face.

“you don’t mean that…” he whispered softly.

“No, I think I do.” He ran a hand through his hair, trying to ignore the guilt that built up in his chest. “… you’re being selfish, Tommy. t’s time you realized that your actions have lasting consequences here.”

The pain in Tommy’s eyes was quickly replaced with hot anger. “Excuse me?! I’m being selfish?! Do you not remember what I did for you? Do you not remember how I gave up everything to try and keep you safe?! I destroyed my one hope of returning home just so I could try and bring a little peace to this world! You have no fucking right to call me selfish!”

Tubbo stepped backwards, the weight of his friends words crashing down on him. But he couldn’t back down now. And so he stood up straight, and looked his friend directly in the eyes. “You need to go. Now.”

#The real world, #tubbo_, #tubbolive, #tommyinnit, #mcyt, #mcyt au, #my writing, #dream smp, #here you go anon im so sorry i was a dumbass and missread your ask, #i had lots of fun writing this one, #i feel like tubbo would just have so much pent up anger over this, #and yeah, #hes gonna regret it later, #but this had been building up for YEARS, #and now hes finally got a chance to say it
89 notes · See All
rimmythetimText

I want to so bad but idk what I’d write.

#id also like to rp it but, #that uh is probably playing with fire, #no pun intended, #but the kh fandom can be intense, #and akuroku shippwrs mlre so, #idk if theyve chilled the hell out, #i know i have lol, #let me just get aged up like college aus pls, #and yeah, #anyways
0 notes · See All
fire-mortalPhoto

Welp, we  got Inktober, so, why not Dreamcember? <3 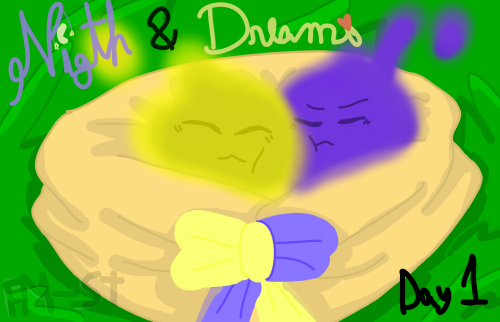 #happydreamcember, #<3, #i love this cuties balls of  cutenes, #and yeah, #I know my handwriting is horrible, #sorry for that, #undertale au, #dreamtale, #i'm alive, #yeey
5 notes · See All
naughtyminccinoboyText

#i was lookging up something about the oblivion dark brotherhood, #and yeah
1 notes · See All
history-be-writtenText

#about me, #don't ever get me started on the whole 'international vs. imperial system', #bc you won't hear the end of it from me, #both as an engineer who is forced from time to time to use those ghastly units, #and as a post-colonialist mexican who is sick af of all this 'europeans vs. americans' bs, #and yeah
2 notes · See All
mengvanteText

maybe if i was prettier life would be easier

#mother livvy san, #and yeah, #dont bring dad into this, #it’s bad enough, #he doesn’t socialize, #if you do this to him, #who knows what he’ll do?
3 notes · See All
diorite-slabText

i think i should stop complaining

2010s: I am mature now. These childish playthings have no place in my mature life.

#story of my life lmao, #i did a lot of rping back In The Day, #and idk just watching hermitcraft reminded me of that, #and yeah
1 notes · See All
nbbjiangText

#I liked that anime okay?, #and yeah, #I'm still a Yuko oshi after all this years
0 notes · See All
Next Page