She didn’t much
Care for the ones
She dubbed

Fear, paranoia, and ignorance
Had become so widespread that
It was almost cult-like

So terrified
That blind adherence
Seemed more preferable than

Than whatever over-hyped alternative
(There seemed to be)

Either way, death or some form
Would have been more preferable
Than being a sheep

Led by a corrupt or inept bellwether

At least, being lobotomized
Would mean she wouldn’t
Feel her own misery and madness

If she became a sheep

She wasn’t fond
Of the one she called
“Governor Dweeb”

Actually, she thought of him
As a bellwether and the ones
That agreed with his policies

She didn’t care for his policies
Actually she much despised them
However, she found the more recent one

To be particularly insidious

No, she wished a dire curse
On Gov Dweeb and his sheep
If only out of misplaced rage

For all she knew
It would, after all,
Sheep were quite stupid

Or so woefully misguided

Wasn’t any wiser than his sheep

She compared her existence
To a Skinner box and she was lab rat,
As it made sense

She got the treats,
However, this was few and far between, so
She mostly got shocked

The reward more than the
Punishment

The treat
But would become sick
She started to trust

That button a lot less
Become less inclined
To push it

While her conditioning
Tainted the reward, making her
Dread it

If she pushed the button,
She’d get a treat, a shock, or a poison
So, she didn’t want

So, she was reduced
To staring at it with a mix of uneasiness
And anticipation

Topped with a disocciative numbness

That such were her existence

Animals are among the first symbols any human race has used. From birth we know that certain animals represent traits that are human, such as courage, wisdom and strength. I would look into Viking, Egyptian, Christian, Native American Legends and Greek/Roman mythos for animal motifs.

I agree on Roxy and Dirk, they’re pretty clear(though there are interesting differences from the B1Kids. Like: Roxy mostly interacts with dead “mutant” cats[and accidentally kills the one live, non-mutant cat in her life], and seagulls surround Dirk’s life but don’t really play a direct part in it. He’s isolated even from his animal-self ^u^).

On Jane and Jake… Well thinking about it more seriously I guess Jane’s connection to rabbits through Lil’Seb is about as strong as John’s to bunnies so that’s probably fair, though GCat complicates things(maybe GCat’s more the Condesce in this symbolism? Even when not under her control GCat tends to play a similar benevolently antagonistic role in Jane’s life). Jake and dog I don’t really get; was he associated with dogs in someway? B1!Jake was through Harley, but I can’t think of how B2!Jake was. Frankly it’s been forever since I looked through my notes/bookmarks for Homestuck or read it, so my memory’s probably a bit janky on these more esoteric topics.

Have you noticed that both shown mages have heavy connections/ties with animals ? Sollux with his bee motifs and Meulin keeping up the cat theme

:O I’ve never thought of that actually! That sounds like a really interesting analytical pov to explore ovo ovo Mage content is pretty thin in HS so idk how robust an argument you could make from it but, definitely in their early intro stuff, I feel like there’s some good material to run with there.

The one thing I’d say is that Hussie clearly intended a unique animal motif for each “player-character” in Homestuck(more obvs with the Trolls than the Kids, though Dave[Crow], Rose[Cat], John[Bunny], Jade[Dog] were pretty strong in the early story. The B2!Kids are murkier) at least before …Act 5(?)… I think?? He kinda dropped it for most of them after that. So you’d need to focus on evidence which shows a stronger and more persistent animal-affiliation for Mages than all the other characters. And that’s where the lack of Meulin content, and the long absence of Sollux from the story, will give you the hardest time, I think.

“Antibiotics Out of Reach”

Her blood is curropted by disease but treatment alludes her.

Did this with pencil, manga markers, Japanese watercolors, and watercolor pencils. 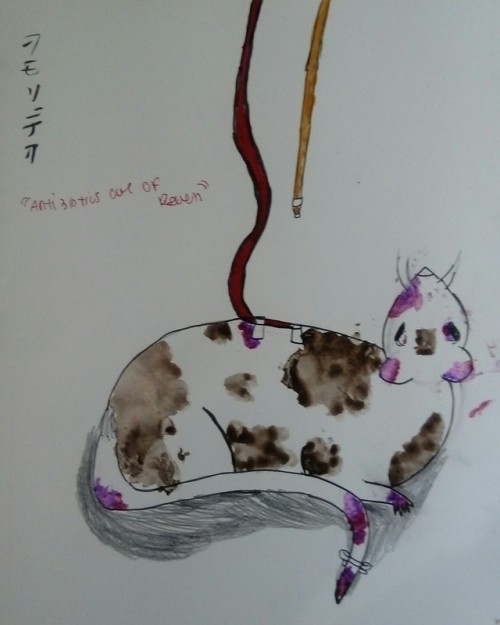 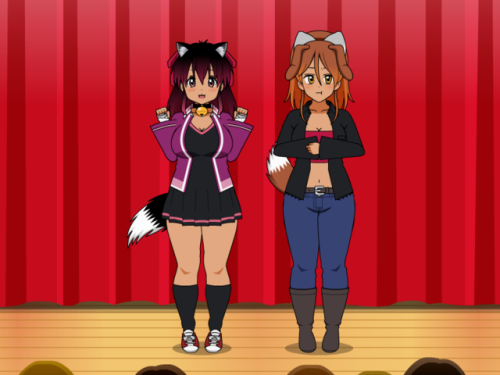 i think either could work, too! oh and here's something i totally forgot to tell you, unrelated to everything: for a while, i've associated peridot with geckos... going through your peridot tag, it's cool to see you did too, but when you made a post about it it was soooo long ago idk if this was taken into account: when some species of gecko are frightened, or their tail is grabbed, they break off that tail to escape... as with peridot and her foot! i thought that was kind of neat.

Yeah! There’s also the fact that her particular distinctive hairstyle looks a bit like a chameleon’s crest, and her distinctively blue tongue/inner mouth, which stands out compared to the other Gems because most of the time, their inner mouth is closer to their skin color.

Peridot with a reptile motif is something I’ve been thinking about for a while, especially in regards to her action in Friend Ship- consciously sacrificing/cutting off a part of herself to get away. Even though it wasn’t viscerally attached to her, we know that she conceptualizes it as part of her and was very upset that she felt like she had to do that- but she made the decision quickly enough to get away before Garnet could pull her down. Her wall-scaling ability when she has her enhancers is even a very gecko-ish ability.

hello yes what is this abt animal motifs do continue

So, MakoHaru and SouRin are pairs precisely because they’re part of the same suborder (for the former) and order (for the latter) of animals (yes, I know I’m using science terms right off - I can’t help it because I am sciencey, dammit!), but they also tie in to the characters as individuals (and SouMako/RinHaru or SouHaru/MakoRin, should you prefer that).

Contrary to its name, the orca is a member of the dolphin family, of which they are the largest extant (i.e. currently existing) species. Orcas live in highly matrilineal structures and are very intelligent, living in cultures not unlike those found in humans.

I think this fits Makoto because he’s the tallest out of the Iwatobi team, and their (kind and caring) captain to boot, too. The fact that he’s going to university in Tokyo (where many of Japan’s best universities are located) shows that he’s pretty good in his studies.

For the sake of specificity and because I’m too lazy to research all of the dolphin species (there are about 40 of them) I’ll narrow down Haru’s animal motif to the short-beaked common dolphin (based on the dolphin that led Makoto in the nationals relay scene).

The short-beaked common dolphin is a pretty fast swimmer (going over 60 km/h, or about 38 mph) and eats, among many smaller fish, the Atlantic mackerel (but this depends on where the dolphins live). They are also known to perform aerial acrobatics.

Haru may not swim as fast as a dolphin, but he’s a pretty damn fast human swimmer and looks absolutely beautiful doing it, too. Also, mackerel.

Great white sharks are highly predatory and are also fast swimmers (their speeds reach 56 km/h, or 35 mph), and guess what? They hunt some dolphin species, including the bottlenose and humpback ones (not orcas, obviously, because they’re apex predators just like the great whites - likewise, Rin goes after Haru, in a manner of speaking, but treats Makoto more like an equal). Although Wikipedia says that orcas do hunt great whites… does that make Makoto seme if we’re talking MakoRin?

Other than tying in to Samezuka in general, the great white fits Rin because he’s got such a competitive spirit that contrasts Haru’s “it doesn’t matter” approach to swimming. There’s also the shark teeth and the ferocity with which Rin swims.

Like Makoto’s orca, Sousuke’s whale shark is the largest extant species of shark; whale sharks are also bigger than orcas (on average), so it’s only fitting that Sousuke is taller than Makoto (and by extension, everyone else out of the main eight).

Whale sharks are relatively less dangerous than great whites, being docile filter feeders. They’re also primarily solitary, though they have been observed to swim in aggregations of 100 or more. This befits Sousuke’s calmer and more individual approach to swimming, though over time he’s become less opposed to swimming in a relay.

source: I basically googled around and read the Wikipedia pages in addition to some websites centered on marine biology.

You know how the main guys of Free! each have a spirit animal? Haru is a dolphin, Makoto is an orca, Nagisa is a penguin, Rin is a shark, and Rei is a beautiful butterfly? Yeah, so a few weeks ago, I had the throwaway thought that Nitori would be a remora hanging off of Rin.

Then, sometime this morning, I was hit with the thought that no, he’s not a remora, he’s a cobia. They’re related to remoras, and look pretty similar as juveniles, but they can grow up to be over six feet long. Ai just hasn’t grown into himself yet.