I am honestly sick and tired of people acting like it is okay to let their dog or cat become obese. People are like, “Aw cute fat cats/dogs!” It isn’t cute. It is honestly so pitiful. It’s cruel to me. You are letting an animal, who depends on you, to become unhealthy. And before somebody says an obese dog or cat is overloved, no it is not. You don’t “overlove your pet”. You neglect them by letting them fall into depleting health hy doing this.

Because obesity does hurt dogs and cats, here is just some websites to check out with factual proof that it DOES harm your pet:

It is my dream to be an animal activist. If you would like, please follow my blog and check out my clothing line to help spread awareness on animal rights:

The Blanket For Vegans!

Maybe my strong support for euthanasia as a cruelty prevention measure is a really Danish point of view. Rather than spending years rehabilitating neglected animals, most Danish welfare organizations choose to put down severe cases.

The example in today’s lecture was a pony from France with severely overgrown hooves that was taken to a sanctuary for very lengthy rehabilitation, and I was kinda stricken by the casual way my lecturer remarked that “in Denmark we we would’ve put him down,” cause like, we’d just spent 2 minutes watching the pony’s rehabilitation process!

I don’t have a problem with choosing euthanasia over rehabilitation - either is fine, and the choice just comes down to how many resources you have available and are willing to put towards the animal. It just really struck me today that this might be a cultural thing.

As millions of Aussies spent the better part of 2020 locked down and stuck inside, it’s no surprise that the RSPCA was busier than usual investigating cruelty complaints.

RSPCA inspectors, who travel the nation in an attempt to make sure animals are well-cared for, investigated more than 57,900 cruelty cases through the 19/20 financial year.
The almost 58,000 investigations came from the 73,997…

the thing about veganism is that it isn’t just a personal choice, it’s a moral framework. So saying things like “let people eat what they want” doesn’t resonate because we’re trying to address a societal issue. We are all morally obligated to prevent exploitation of sentient beings, if we can. And agriculture is definitionally an exploitation. 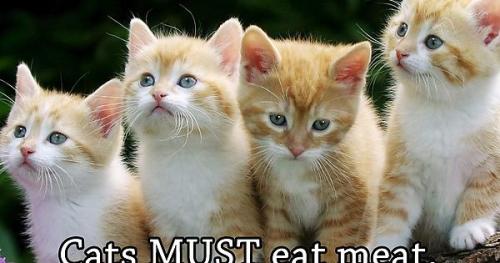 Dido lost her battle with columnaris. Even with intensive treatment, it relentlessly progressed. Her little body was just too weakened to fight it off. She passed away naturally as I was preparing to make the decision to put her to sleep after the columnaris completely engulfed her face (not pictured).

Hope to be able to swoop up one of her former “sorority sisters” as that sorority still hasn’t been taken down. I love that store and really respect the owners but I wish they’d separate them.

This is why I disagree with the practice of keeping betta sororities.

This beautiful little crowntail, Dido, is the victim of a sorority gone wrong. Two of her “sorority sisters” were killed. She sustained mouth injuries so bad that she cannot eat and must be fed via nutritional dips, which are risky and stressful for her. She’s too malnourished to survive fasting.

She is also battling columnaris and apparently the rest of her former sorority is sick too. It’s not clear yet whether or not she can survive. She’s a fighter and I’m really rooting for her.

Her sorority was 20 gallons, very densely planted, blackwater, and plenty of fish to spread out the aggression. This still happened.

Wish I could’ve taken in all of them but I’m literally out of room for more fish. Dido was by far the worst off.

Mass numbers of non human animals who have been forcibly bred into existence to be exploited in farms till they are either “spent” or reach market weight and are sent to be brutally murdered for profit are freezing to death. Mass numbers of babies, mothers, bothers and sisters are freezing to death this very second on farms because they are viewed as commodities by farmers who will simply get a reimbursment check by insurence companies at the end of this weather crisis. Becasue in the farmers (and societies) eyes, a reimbursment check is more important than the lives and suffering of other sentient beings.

To be clear, the lives of farmed animals will always come dead last in natural disasters for as long as the are viewed by society as commodities. And they are only in this position because consumers are paying for farmers to forcibly breed them into existence to exploit and murder on their behalf. This is not okay. This is injust.