Anna had left Arendelle due to the kingdom knowing that she and her sister, Elsa, loved each other romantically. Elsa is visiting her in the Enchanted Forest and they have just finished lunch and are napping.

Anna woke up, feeling comfortable for the first time in a while. She quickly observed her surroundings and remembered what happened before she slept. A smile formed on her face and she got up, bringing Elsa’s head to her lap.

Anna stroked her hair, and a moment later, Elsa’s eyes started fluttering. “Hello sleepyhead,” Anna greeted in a sweet and soft tone and looked down at her sister’s eyes. Elsa giggled, “Well hello.”

“I’m back!” Olaf suddenly shouted, making the sisters jump. He stopped in front of them, “The forest is so beautiful! However, I think we should go, the sun is setting.” “Ah, yes,” Elsa said, looking up, “Come on, Anna.” She stood up and held out a hand which Anna gladly took.

The triad all went back to the beach. Once they got there, they saw that Nøkk Junior was there too. “Ah,” Anna nodded, “so you’ll be sitting alone this time?” Elsa quickly used her eyes to tell Olaf to get on, so he did. “No,” Elsa replied simply, “you’re coming too.” Before she could do anything Anna was sitting on the water spirit with her sister. He quickly galloped away from shore with his mini version not far behind.

“Elsa!” Anna shouted. She didn’t reply for a moment because they were going pretty fast, but when Nøkk slowed down, she asked, “Yeah?” “Why. Am. I. Here!?” Anna accompanied every word with a shake on Elsa’s shoulder. “Because,” she stretched out, “we’re going back to Arendelle. Me, you, and Olaf.” “Yeah. Why?” Anna questioned, slamming her face to Elsa’s back. She got a hum in reply, and nothing else.

Once they got back to Arendelle, there were whispers going on between the merchants that were there. However, they know better than to actually go against the queen.

“Elsa,” Anna muttered, trying not to move her lips, “they’re staring.” “Let them,” Elsa answered just above a whisper, but facing the opposite direction to get Nøkk back in the water. Anna chewed on her lips and looked down, waiting for her sister lead the way.

“Are you nervous?” Elsa whispered, standing next to her sister. Anna shook her head and whispered back, “Nope. Not at all.” “Anna,” Elsa sighed, brushing her lips against her sister’s, “it’s okay, anyone who doesn’t want to accept us can leave.”

Elsa held her right hand down out of habit and Olaf went to grab it. With her other hand, she grabbed Anna’s hand and stroked it. They walked pass many citizens on the way to the castle, but the royals paid no mind.

The first person they see in the castle is Gerda, so Elsa told her, “Tell the council to make being in a relationship with someone with your own blood legal. If you need help, ask Kai.” “Yes, your majesty,” she immediately answered, bowing her head.

Elsa, still holding onto Anna’s hand, brought her to the castle’s bell made to be used only for an emergency. She rung it, and already saw people gathering below. The queen and the princess ran down and out of the castle together.

When Anna was out, there were whispers between the citizens. The royals ignored them and went on the higher part of the area. “People of Arendelle,” Elsa shouted, silencing everyone. It was so quiet that it seemed like everything stopped moving, the wind stopped blowing, everyone stopped breathing, the universe was frozen in time.

The queen took a deep breath and continued, albeit a bit more quiet, the loudest she can speak without shouting, “As you can see, I brought Princess Anna back here. You are also aware of our relationship. Arendelle will allow every kind of relationship, and I say every. However weird you think they are, it’s still allowed. You can live with Anna and my relationship, you don’t have to accept it, or if you plan to do something bad to us, you will immediately get banished from Arendelle. Do I make myself clear?”

There were muttering of the citizens saying, “Yes, your majesty.” “Now, we—,” Elsa started, but got cut of. “Excuse me,” said a meek voice. The queen looked down and saw a child, no older than ten. He had brown hair and was wearing a red t-shirt with jeans. However, Elsa don’t judge people by how they look. “Do you wish to oppose Anna and me?” she asked, her voice a tad louder than usual.

“N-no,” he answered, “I- I just want to- congratulate you… and Princess Anna.” There were a few gasps from the crowd. Elsa was taken aback, eyes wide. The child chewed on his lips, “I- I’m sorry, I said too much.”

Elsa shook her head, “No, come up here.” He looked up with curious eyes and stepped up. Elsa glanced at her sister and they both were thinking the same thing. At the same time, the sisters knelt down and hugged him. The child stayed frozen for a second, but soon hugged them back. He closed his eyes and smiled.

“Thank you,” Elsa whispered. Anna continued, “So much.” When they pulled apart, the boy was grinning. “Go August!” someone yelled. Then, there was silence. The triad on the stage watched the crowd in curiosity. Suddenly, someone whistled. Then clapping occurred. Then cheering. Everyone was cheering.

Sittin’ here all alone. On a throne.

Hard to think of anything atm, also can’t remember what things I’ve said before :/

1. I used to play piano but I’ve got bad wrists and I had to stop because it hurt too much (also I was rubbish)

2. I’ve broken 3 bones, my wrist, my ankle and my finger, all in stupid ways bc I was a clumsy kid

3. I almost lost my finger after getting it trapped in a door at home after a gust of wind made the door slam shut

So I made a thing. Idk if this has been done before. I was high on codral when it came to me and then I spent 3 days doing this 😂😂😂 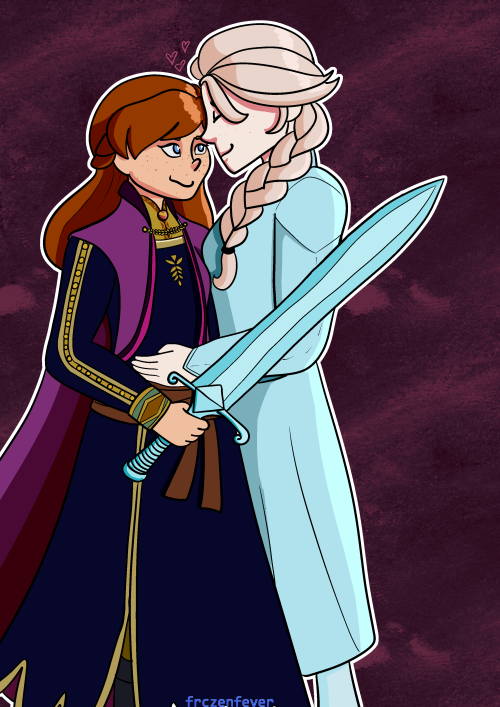 Looks like I’ll be running a day behind but WOW I’m tired. Surprised I’m not asleep in my chair to be honest.

Here is the fic for the prompt of Healing, set just after the events of the first film. I’ve wanted to explore this pain for a while. Have some emotions!

at my lw and then got my period and ate everything in front of me. fucking hell.

you are the angel that i couldn’t kill 🖤

Does anyone else wonder what Frozen would be like if Elsa never hit Anna with ice? It would have changed the story for sure.

I was bored again so I made another Kristanna collage. I know I used this image before in a collage but I don’t think any of you will mind as we always love to see a Kristanna kiss uwu

i need my mother to stop commenting on my weight 💕💕💕💕 fuck off please.

Bonus! I also dressed up my girlfriend @phonecallfromgod ‘s Ruthie like her 🥰 Here she is, and Nellie and Ruthie together in our outfits. They’re pretty spot on!

Every time I think about what Earth has been through with the angels watching it… how ARE they supposed to take the apocalypse seriously? Endverse, which was worse than the grand Michael/Lucifer showdown didn’t have anything on the Late Permian Extinction. And they were told to watch. It was all a part of the great written narrative. If anything, wouldn’t that want you to run to the end? Stop all that suffering? Why wouldn’t be the way to bring about paradise? The only reason we see Anna or Cas think otherwise is they get enamoured by humanity itself, the individual, and they fall and shift their perspective. But to shift a perspective built over billions of years of catastrophic traumatising events? The angels are not equipped to care about individual lifeforms not because they can’t, but because it means a paradigm shift so great. They’ve been desensitized in an unimaginable way to hold to grand narrative that’s slipping through their finger’s at God’s abandonment. Of course most of them want to finally get to the end.

#spn#supernatural#cas#anna#castiel#incoherents#I'm sorry i was obsessed with extinction periods and how evolution through it shaped everything today#so like#im obsessed with .. this sort of thing#like did the angels help the diictodon survive to help mammals someday evolve??#I'm losing my mind!
15 notes