If I remember correctly I really liked it!

I’m not sure what happened to it though…

but as time goes on people change,

maybe I might stop making characters and actually *use* them for more than just roleplays n’ imagines?

one can only hope right?…

#ask, #anons be welcomed, #thank you for asking!, #the au was really interesting, #or at least what I know of it!
4 notes · See All
cinnamonnommingbrookeAnswer
I have insomnia and I’m a night owl, so I’m probably still awake then -you’re cool anon

I would but medication prevents that straight up…

Here’s a design requested by the Mysterious Anon. I hope they like it! Have a great day/evening/night y’all! 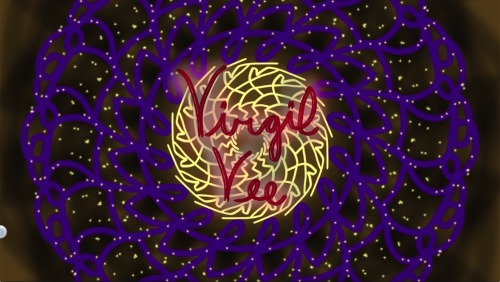 #desktop drawing, #request, #mysterious anon, #anyone can send me requests btw, #I welcome them
1 notes · See All
dogwoodstudiesAnswer
You're such a badass i cant even

Thank you, but I promise you I’m just your average backwoods redneck.

how did you know

#ut answers, #i love my anons, #anons welcome, #witchcraft
4 notes · See All
ut-n-thusiastAnswer
looks like they could kill you but is actually a cinnamon roll

#i’m very shy but to my besties i am a ball of energy, #ut answers, #i love my anons, #anons welcome
3 notes · See All
ut-n-thusiastAnswer
🌼~BEAUTIFUL PERSON AWARD! Once you are given this award you’re supposed to paste it in the asks of 8 people who deserve it. If you break the chain nothing happens, but it's sweet to know someone thinks you’re beautiful inside and out.~🌼

#AAAAAAAAAAAAA so nice, #ut answers, #i love my anons, #anons welcome
3 notes · See All
spacegaypartyAnswer
I love you and you're great and if it were up to me, you'd only get what you deserve, which is the best of everything. Just keep going and don't let anyone get you down because it really isn't worth it when you think about it, these people shouldn't judge anyone and think they have a reason to be idiots🧡

the racism stuff? It was more than thought - it was plain harassment of another person for years (ongoing) and it’s happening so close to where I am. It’s really scary especially because we’re of the same race and they said and did so much nasty stuff to this dude.

Thank you, anon. I know it’s late but I appreciate that

#jofluff, #anons welcome, #answered ask, #answered asks, #racism
1 notes · See All
ut-n-thusiastAnswer
🌼~BEAUTIFUL PERSON AWARD! Once you are given this award you’re supposed to paste it in the asks of 8 people who deserve it. If you break the chain nothing happens, but it's sweet to know someone thinks you’re beautiful inside and out.~🌼

now that i finally got my anon button to work….full my inbox plz 🙃


Anonymously or not, ask / tell my anything here
#anons welcome, #confessions, #send confessions, #confess anything
1 notes · See All
soulmatecashtonAnswer
I just got back on Tumblr and noticed you’re still posting and I got so happy.

#u are always welcome in my inbox 💓, #or as i like to call it my sandbox, #ask, #anon
1 notes · See All
sweeeetsunshineText

can someone tell me if i successfully turned on anons? lol

#help, #plz help, #thanks, #asks open, #anons welcome
4 notes · See All
birds-have-teethAnswer
Hi! If it's okay, (and not taken yet), may I pretty please with a cherry on top be 🌂 anon? I love your blog (this crazy family lol), and your writing altogether so yeah!

Hi there! And of course you can! We’re so glad to have you umbrella anon~! And thank you so much, I’m sure the rest of the fam will love you!!

#ashi rambles, #🌂 anon, #welcome aboard traveler!
5 notes · See All
yandere-daydreamsAnswer
Do you still like the tiddy?

My love for many things wavers and wanes over time, but my friend, tiddy is not an item included on that list.

#the tiddy is soft and welcoming, #the world is not, #i will partake whenever i see fit, #personal, #anon ask
78 notes · See All
cursedcrankgameplaysconfessionsAnswer
This is my first anon ask here coz I just wanna jump on the choking kink train here: imagine him randomly placing his hand on your neck, just to get you all excited while in public. A gentle caress while fixing your hair to remind you of the nights when he’s got a not-so-gentle grip on your throat 👌🏻 that’s the good shit bby! -💚 (idk if this emoji is taken)

PLEASE y’all r feeding me good with these breathplay askz,,,,,

#GOD i luv breathplay honestly, #welcome 💚 anon!!!!, #💚 anon, #nasty askz, #ur first ask & u already got me all hot n bothered, #thankz fo’ askin’
2 notes · See All
askhubertvonvestraAnswer
It’s odd how in some lands, Nosferatu is a Dark Magic, while in others it is Holy Magic

It is indeed, and we have the misconceptions centered around societal bias or religious damnation to thank for that absurdity. Taking the health of another to restore your own health can be viewed as a cruel action that the targeted person cannot fairly shield themselves from—or a pure-hearted healer’s only measure of self-defense in the harshness of war.

Neither is true or incorrect, of course. Perceptions change and contradict themselves, and only logic remains steady. Reliable. Nosferatu is both a means for a healing-based magic class to turn their skills offensive and for a offensive-based magic class to turn their skills restorative. It resides in the twilight between both dark and faith magic. As such, it will constantly be pulled between the two classes of magic in a pathetic attempt to define it as one or the other.