Me: I love seeing so many different ships. It’s really interesting to explore the variety of characters you would never expect people to ship.

Also me: -reads Malora and Starker with my own two eyeballs-

What, and I cannot emphasize this enough, the fuck 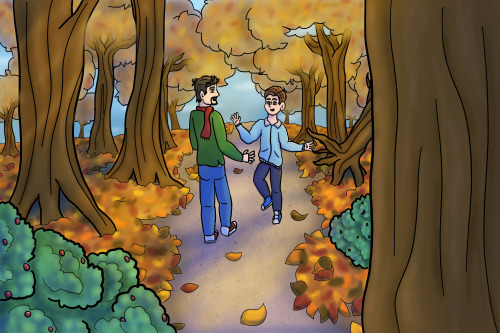 “Welcome back to [tumblr]! Here’s a st*rker blog reblogging your work!” smh

hey! thanks for pointing it out

it would be cool if you could tell me the post i reblogged so i can check it. you might have just read it wrong but better save than sorry

please always point stuff like that out to me!

“it’s been a year, of course i got over endgame,” i say as i blast ac/dc with tears in my eyes while wearing an iron man t-shirt

if you ship st*rker, stay away from this blog

if you post/reblog st*rker content, stay away from this blog

if you “"like irondad as well as st*rker”“, stay away from this blog

if you enjoy/engage in any kind of st*rker content whatsoever,

i don’t care your reasoning behind it,

stay away from this blog

#anti starker, #personal, #i lost my other post so i had to make a new one
155 notes · See All
keep-a-bucket-full-of-starsText

I just had a fic idea that I need to share.

What if, because Peter technically died during the first snap, when he gets resurrected by Hulk snapping, he can hear/see ghosts.

Like, because of his enhanced senses, he’s able to communicate with spirits because he was once one, so he’s able to see and talk to his parents, Uncle Ben and Tony

Just had an IronDad/Tony Stark Anti respond to one of my anti-st*rker asks with “Ben Parker is Peter’s only canon father figure” so if ya’ll want to help me out by adding some examples of Tony acting as a father to Peter in canon to this post, that would be absolutely wonderful 🥰

I would also like to take the time to point out that it is possible to have more than one parental/father/mother figure in your life and if you believe that you can’t, then I’m sorry to say but you are incredibly small-minded and also wrong.

I’ll start the chain with one of the most blatant example:

This is Why I’m here!

Me: My family isn’t likely to enjoy this art WIP *sends pic of rough lineart*

Mutual: Awww irondad cuddles. Are they not fans of irondad and spiderson?

Me: They aren’t interested. I mean, they don’t hate it, they just don’t care.

Me: It’s haaard! That’s why I need tumblr and AO3. This is what I have you for!!

AND everyone else that I interact with both here and on AO3 on a regular basis. It would take me all day to tag every single one of you! ❤️❤️❤️

Much Love, my friends!

#why I have a tumblr account, #my family doesn't understand me, #that's okay tho, #I have you guys, #my mutuals are the best, #artwork to come, #obessionoftheday approves, #so does an-odd-idea, #that's very important, #irondad cuddles, #anti-starker, #irondad and spiderson, #marvel fanart
38 notes · See All
ever-so-change-ableText

DO NOT SHIP STARKER.

Is there a way to report blogs that support starker?

Hi everyone! I just need to say something here….my blog is NOT for Starker shippers. Every one of my drawings is pure, platonic irondad/spiderson. A lot of starker shippers started to follow this blog recently so I just wanted to make it clear. I do NOT ship starker and I never will because it’s just…nasty and wrong (sorry) so please, do NOT reblog my art as Starker. Thank you

#this blog is not for stakers, #please respect this, #irondad, #anti-starker
40 notes · See All
i-love-you-3247Text

Proud to announce I reported starker blogs if they’ve shown up on my dash and had NSFW content in them. If you are a Starker shipper fuck off before I report you.

#i want to make it to the anti starker blocklistttt, #anti starker
7 notes · See All
shipsforfunText

Just found out one of my mutuals is a st*rker 😫

No Tumblr. I don’t think I will.

#aged up, #WHY, #I don't even care that Peter is there's still like a 30 year difference?, #*gags*, #anti starker
13 notes · See All
yanderepeterparkerAnswer

The name for the romantic pairing between Tony and Peter 🤮