#lmao...bro, #pick a lane!!, #idk he seems really off his game like idk what to tell you man., #you aren't supportive of my identity so i'm not telling you anything, #i'm just doing whatever i want and having fun, #it's also funny because it's blue and purple and pink like. you can't miss it, #anyway i really look cute rn so!!! whatever
0 notes · See All
tawabeText

I absolutely hate the week or two before moon time. I’m always so fucking emotional.

#Everything makes me cry, #cute commercials especially, #practically sobbing as I try to educate myself too, #I’m already emotional to begin with but it’s so much harder to focus, #anyways this is a really dumb problem
0 notes · See All
get-dank-with-banksText

wish i was watching a different paul schrader movie tomorrow

#:(, #im watching like. the one schrader movie w out willem, #(american gigolo), #and by this i dONT mean i want to watch auto focus bc i really Dont, #i mean light sleeper bc. lets face it he cute in that, #and HOT, #and i mean yes willem was hot in auto focus i guess but his characters so awful, #anyways
1 notes · See All
imaginarydragonlingText

Fic art for @v-katsuki​ for her fic Oh Hero! My Hero! for the @viktuurifluffbang​!

More notes and character close ups under the cut…

#yoi, #art, #my art, #viktuuri, #christophe giacometti, #yuri plisetsky, #georgi popovich, #viktor nikiforov, #katsuki yuuri, #yuri on ice, #god this took way too long to do, #im so sorry bang mods and writer, #but then again no one every really complained, #so i guess it was fine?, #anyway the fic is cute go read it!, #also let me know if the aspect ratios are not working on this
30 notes · See All
the-dorkiest-self-shipperText

would i say i’ve had a glowup after half a year?

Take years of being told you’re worthless, then mix in three more of children being scared of your face and what do you get? One angsty boi who cannot beleave that anyone would find him attractive for any reason outside of his familial connections.

Zuko’s little rant: Maybe this is a trap to get me alone before she attacks me? Girls are really scary! That would be a pretty smart tactical move if she was there to see the city guards take Jet away. Maybe she thinks she can overpower me? Which I don’t know, maybe she can? I have no information about her skill set??!

#I think i might do them being cute later, #just thinking now that might have been what you were asking for, #anyways, #Ozai’s A+ parenting really did a number on both his kids, #zuko, #iroh, #jin, #jinko, #tea shop!zuko, #tea shop!iroh, #ba sing se, #atla, #avatar the last airbender
167 notes · See All
jeynepooleText

My high school crush is a cop now and we were pen pals for a while after I moved and then I realized that all his letters were slowly trying to show me that cops are good guys actually and he had no interest in like…maintaining a friendship, he just wanted me to see what a hero he was.

#anyway he was really cute when we were younger but now he looks like homer simpson, #being a cop does that to you i guess
6 notes · See All
flipszimmermansAnswer

it’s always been red because that’s his favorite color, but since I’ve dyed my hair it’s been pink 😌 he got me a really pretty pink nightie and a matching set and when I put it on he went nuts

#he says the pink compliments the blue nicely 😌, #i agree it DOES look really cute but he was like an animal, #i am HURTING, #in a good way of course, #anyways, #life with flip, #answered, #anon
1 notes · See All
jaelynn-is-slightly-confusedAnswer

i tried writing something :3

Elmer sighed and threw his bags down as he stepped inside the front door of the house. His tired, shaky legs only carrying him a few paces into the lounge room, before collapsing in the closest armchair, all energy sapped from his body. Elmer’s eyelids felt heavy and his body numb as he sank into the couch cushion, memories from a few short hours ago dancing through his mind. A small smile tugged at the corners of his lips, his face smooshed into the back of the chair. He turned his head slightly, bleary eyes catching sight of bright, yellow petals. Elmer’s smile widened. “Sunflowers!” he murmured quietly to himself, reaching slowly across the side table to pluck the flower from the pretty ornate vase. His head felt foggy as he held the sunflower close, running his fingers delicately over the petals as hid eyes fluttered shut.

Buttons closed the front door quietly behind him as he shrugged off his coat and hung it on the nearby coat rack. He walked forward toward the lounge room, and flipped on the light switch, catching sight of a lump in one of the armchairs. Buttons smiled, leaning against the entrance of the lounge. He hadn’t been expecting Elmer back for another hour or so. The traffic must’ve been good, he guessed. He moved toward Elmer, leaning over the back of the armchair, admiring the boy in front of him. He ran a hand through Elmer’s messy hair and Buttons felt him stir underneath his hand. “Buttons?” Elmer muttered, trying to raise his head to look at his boyfriend. Buttons smiled.

“Hiya, Sunshine.” Elmer reached up and grabbed Buttons hand, pressing a delicate kiss to his knuckles before resting his head against Buttons arm. “Did ya miss me?” he asked.

“More than anything.” Buttons replied, running a thumb over the back of Elmer’s hand. “I see you found the sunflowers.” He mumbled.

“I always do,” Elmer grinned, his eyelids beginning to droop again. Buttons continued drawing circles with his thumb. “Did you have a good trip? He asked, placing a kiss to the top of his head.

“Mhm,” Elmer hummed. “Helped Ma in the kitchen quite a bit, she was impressed with what I’ve learned.” Buttons chuckled as Elmer continued. “’N I guess Connie and Marie missed me, they wouldn’t leave me alone.” His eyebrows raised slightly, in contrast to his eyelids which remained partially shut. “That reminds me,” he fished around in his shirt pocket, producing two home-made bracelets, one with Elmer’s name and one with Buttons’, though Buttons was spelled with a z, small flower-shaped beads surrounded the letters. “They made these for us.” Buttons’ aww’d as Elmer dropped Buttons’ one into his outstretched palm. “They ran out of s beads,” Elmer explained, nodding to the z. Buttons slid his bracelet onto his wrist, with a small adoring smile. “Aww,” he cooed. “I love it!” He twisted his wrist, marvelling at the beads. “How old are they now?” Elmer paused, his eyes now fully shut as he blindly tried to put on the bracelet. “Uh, twelve and ten, I think.” He trailed off as sleep pulled him further into its grasp. Buttons smiled fondly down at him, gently removing his hand from Elmer’s grip, trying not to disturb him. Not that it mattered, Elmer was already out like a light. Buttons delicately took the sunflower from Elmer’s hand and placed it back in the vase, before stepping over to the nearby couch, grabbing a blanket and draping it over his sleeping boyfriend. He tucked the edges in, making sure that Elmer was as comfortable as possible, before pressing a soft kiss to his forehead. “Welcome home, El.” He said quietly, then left the lounge to let Elmer get some well-needed sleep.

#asks!, #asdfghjkjgfdfgh, #i promised id do somethin kinda (hopefully) cute cause this was such a sweet idea!!, #you're an actual genius, #like your brain really is on a whole other level!!, #sdfghjk, #anyway i hope you enjoy, #:33, #buttons davenport, #elmer kasprzak, #belmerttons, #newsies, #jae writes, #cutesiewoojin, #:))
13 notes · See All
seouldreams14Text

watched wolf girl and black prince for kento and um… the director and editors should be yeeted from this planet WHO THE FUCK leaves in TWO 5 MINUTE SCENES of a girl just walking… literally just walking… ALSO during several scenes, especially the MOST IMPORTANT SCENE WHERE HE CONFESSES HIS FEELINGS FOR HER the camera is fucking 100 FEET AWAY so you can’t even see the ACTORS DOING THEIR JOBS for literally most of the scene I just…. WHO MADE THESE DECISIONS???

#it ruined the moment for me because i was like HELLO???? CAN I SEE THE ACTORS????, #don't even get me started about the story, #anyway kento was great and looked really cute
0 notes · See All
pyrenjiAnswer 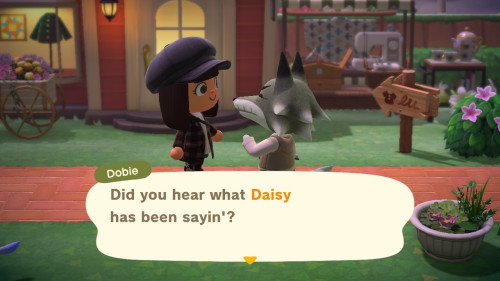 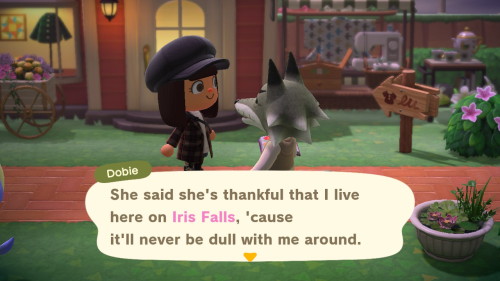 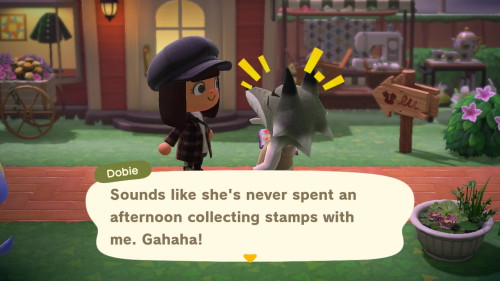 #acnh, #dobie, #daisy, #iris falls, #things my villagers say, #this was so cute, #my friend always says how daisy is like a grandma and i always picture dobie as a grandpa, #because he definitely is one, #anyway i really loved this interaction even though i didn't actually see them talk
42 notes · See All
regal-roniPhoto

#that was really cute, #imagine your otp, #(anyway I'm also really gay for that Elbenwald employee)
3 notes · See All
wallsalbumText

#i’m gonna scream about this anywhere and everywhere i possibly can, #but!, #i went on a zoom date w a really pretty girl today, #Nd it went very well 🥺, #we have plans to zoom/facetime again soon, #and then see where things go from there, #but she’s so sweet and cute and i really l*ke her, #i hope it works out, #i have not felt this way about a girl since like.... ***, #and she just fucked me up bc she led me on but never actually liked me, #and that was over a year ago at this point that things fell apart there, #and at least so far this girl seems to like me back, #she let me talk about 1d and said it was cute watching me talk about something i love 🥺, #and she’s just so easy to talk to, #plus she share’s a name with a 1d song 😌, #anyways shoutout to u if u read my ramble, #i’m just, #happy happy happy
4 notes · See All
hauvillesText

shall i replay hustle cat again? I Shall

#*txt, #i love this game so mcuh thank you @ God, #why do i sound religious, #anyway i just really love it i rly recommend it, #its on steam i think it costs $ but, #if you like CATS and DATING CUTE PEOPLE and NONBINARY MCs, #and MAGIC!!!!!, #then go fucking ape my dudes.
2 notes · See All
narusakueremikaPhoto

#my post, #hello back again, #hanami uzumaki, #uzumaki hanami, #hanami, #oc, #yes i spent all day on this, #and no im not completely satisfied with the way i drew hanami's teammates, #but i wanted to get this out, #narusaku, #in my imagination, #there was a hyuuga in shina's team, #but yuuko is more accepted in this psuedo canon we have going here, #i also really love drawing/creating hyuugas idk why, #they cute as hell anyway, #i also wanted to give her that hair shine all the hyuugas got, #but idk how to shade/highlight in tjis style, #i can do it if its anime style, #but drawing like this is way more fun, #i can add a lot more detail, #and imagine what all the characters look like if they were more realistic-ly drawn, #because hanami, #goodnight, #I’m ded
20 notes · See All
baekseoktangText

if hyungwon doesn’t wear that shirt from the mv on stage at least once, i’m gonna start swinging i swear

#i just think any kind of billowy shirt is really neat, #and he looked so cute :(((, #but fr tho, #he better be wearing that shirt, #i'm not gonna swing at him i would never, #i can't reach anyway, #but BRO, #pls i need it, #ramble
6 notes · See All
thervnawaysText

time is very slow today and so is the dash … if anyone wants to give my kiddos archenemies, that would be sexy thanks