no one asked for this, please accept it nonetheless - bliss

request by @hkbs-world​: Aomine and Kise doing lots of PDA during a meetup with the GOM? As well as any GOM member showing up at Aomine’s place to see Kise wearing just Aomine’s shirt with hickeys on his neck?

heyhey!! this is @izukillme​ i’m just posting this here because i like to keep my fics organised to one blog~ the boys are all 19 in this fic because i’m not comfortable writing implied scenes for minors. although this is 99% SFW, i don’t write NSFW!

The kanji 黒 (Kuro) in his name means black, hinting to him being the “shadow” towards Kagami.

[ID: a post by @.hkbs-world reading, “My hc: what if izuki senpai was an aokise shipper or read aokise ff or dj? He would be like:”

underneath is a picture of Izuki from the shoulders up, from the anime. The angle is as if we’re looking at him from below. He’s looking off to the side with a neutral expression.

Hmm well… I definitely think he’d see the chemistry. He probably wouldn’t read fanfic and doujin, because in Izuki’s world these guys are real people and real person fanfiction is a little weird? That being said Izuki definitely gives a LOT of hints, and so. Much. Teasing. Him and Takao would totally team up to bully AoKise into getting together 😂 so yes I’m all for this headcanon!

#i see some of y'all drawing him as pale as kagami, #*narrows eyes*, #knb, #aomine, #ceru babbles
27 notes · See All
izukillmeAnswer

Look I just love them a LOT okay

It’s started after practice during their 3rd year at Teiko, the team was getting popsicles at the convenience store when Momoi pushed Aomine saying, “You’re it!!” and from there it spiraled into chaos. During school and before and after practices the friends would be tagging each other, the only safe place was the bathroom and during practices. Of course, this all stopped when they split off to different high schools, and for a while all was peaceful, until after The Winter Cup was over.

I decided to participate the Whumptober for the first time. This is prompt 8 “Don’t Say Goodbye”.

Sure! This kinda went on for longer than I expected but I hope you like this! xx

It was a Friday evening and you were sitting on the living room couch alone, watching a movie to unwind after a long and hectic week of work. A few minutes into the movie, you heard the front door unlock followed by some shuffling around before your tired-looking boyfriend dragged himself into the living room. “Hey Daiki, how was work?” you said, pausing the movie and turning your head to face him.

“Exhausting,” he groaned as he plopped down on the couch next to you and buried his head into your neck. “I missed you,” he mumbled as he began to leave small kisses on your neck, making you giggle at the slight tickle you felt.

“I missed you too,” you said as you pulled yourself away from him. “How about you go shower, and then we can watch this movie together?” you suggested, running your fingers through his hair, which relaxed him so much to the point where he felt like he could fall asleep right then and there.

It took some convincing, but Aomine eventually pulled himself away from the comfort of your touch and headed into the bathroom to shower. After a few minutes of you fiddling around with your phone, Aomine finally emerged from the bathroom, wearing nothing but a white towel wrapped around his waist. You weren’t sure whether it was him or the fact that you hadn’t been able to spend time alone together in a while, but upon seeing his glistening abs and well-built upper body, all you wanted was to get your hands on him.

“Why are you staring at me like that?” Aomine questioned, running his fingers through his wet hair to get it out of his eyes.

You immediately averted your gaze and shook your head to snap yourself out of it. “Like what?” you replied as if you hadn’t just been gawking at his body.

“You literally had a stupid grin spread across your face, Y/N,” he chuckled, watching your cheeks fill with colour as he approached the couch and sat down once again.

“Shut up, I didn’t,” you said defensively as you turned your head away from him, though you knew that he was probably right.

“So you didn’t like what you saw?” he said, in a soft, low voice as he leaned in closer.

“Y-Yes— no, shut up,” you stuttered, unable to think straight when he was so close to your face.

Next thing you knew, his lips were pressed against yours, bringing you a sense of relief as you didn’t want to explain yourself any further. Moreover, you were glad that you were finally able to feel his body pressed against yours when he pulled you in by your waist to close the gap between you two even further. Your arms wrapped around his neck and you knew Aomine could sense your desperation for him as you felt his smile against your lips.

The navy-haired boy didn’t hesitate to give you what you were looking for as he pulled you onto his lap so your legs were straddling his hips. This allowed the kiss to deepen even further as his tongue slipped into your mouth. Aomine’s hands found themselves gripping your ass, guiding you to grind against his towel-covered hips. The friction caused him to hum against your lips, encouraging you to continue as you felt him get harder underneath you.

You felt Aomine tug at the hem of your sweater, causing you to pull away from his lips so that he could take it off. For some reason, he was surprised to find that you weren’t wearing a bra underneath, even though he knew that you preferred not to while you were at home. Naturally, he directed his attention to your boobs with a huge grin on his face, leaving hickeys before eventually going on to suck your nipples as you continued to breathe heavily, soft moans escaping your lips every now and then as your hips remained grinding against him.

Aomine held your hips to get you to stop moving for a moment as he eyed your shorts. “Mind if I take those off?” he said, voice deep and husky as he looked into your eyes.

With a slight nod, you stood up so that he could pull your shorts off, leaving you in your underwear, but he didn’t take those off. You were about to pull them off yourself, but Aomine stopped you.

“No, those look pretty on you, keep them on,” he grinned, taking off the towel he wore and tossing it to the side before pulling you back onto his lap.

Aomine then went on to leave hickeys on your neck as you went back to grinding, your ache for having more of him growing every second. He was very much aware of your state, as he could pretty much feel how wet you were through your underwear, but he continued to work on your neck for a little longer as he loved to watch the desperation grow in your eyes and movements.

He finally stopped and looked up at you with a smirk. “Do you want to continue?” he asked as his hands roamed around your torso, feeling the curves of your waist before finally gripping onto your hips upon seeing your excited nod.

Pulling your underwear to the side, he used his other hand to guide your hips onto his hard dick. “Oh shit,” he couldn’t help but let out a deep groan at the way your tight hole wrapped around him, and the sound of your gasp as you eased yourself onto him only brought him more pleasure. Once you had taken in his full length, you needed to move. So you slowly began to move up and down, letting out moans of satisfaction now that you had gotten what you wanted.

You reconnected your lips with Aomine’s as you gradually began to pick up the pace. The way he’d tightly grip onto your ass as you moved it up and down only turned you on more, making you want to go faster and faster. He would also smack it from time to time, earning small gasps from you as he smirked against your lips.

Aomine knew that you wanted to go faster, but he gripped your hips and slowed you down to tease you, but also to make the fun last longer. “What?” he questioned teasingly upon hearing you whine at the slower pace. “You want to go faster?”

You replied with a nod as your hips tried to fight his strong hold and speed things up, but to no avail.

Aomine leaned in close to your ear, “Then beg for it, princess,” he whispered, sending shivers down your spine.

“P-Please,” you gasped, aching to be pounded into relentlessly.

“Please go faster, D-Daiki,” you pleaded, putting a satisfied grin on Aomine’s face as he loosened his grip and let you go as fast as you wanted.

Aomine watched as you bounced up and down his dick, your loud moans accompanied by the sight of your moving breasts making him feel like he was inching closer and closer to his climax as he began to let out a few deep moans as well. So Aomine decided to take control.

Aomine continued his movements, helping you ride out your high while simultaneously trying to reach his own. With a long and loud groan, Aomine quickly pulled out and released the white liquid onto his stomach. Without even being asked, you began to lick it off his abs, bringing a grin onto Aomine’s flustered face.

“Fuck, that was amazing,” Aomine exhaled, beginning to caress your cheek as you looked up at him.

“It really was,” you hummed in agreement as you sat down on the couch next to him.

Aomine placed a kiss on the top of your head, filling you with butterflies. “Let’s clean up a bit and then we can get to that movie. Sound good?” he suggested. 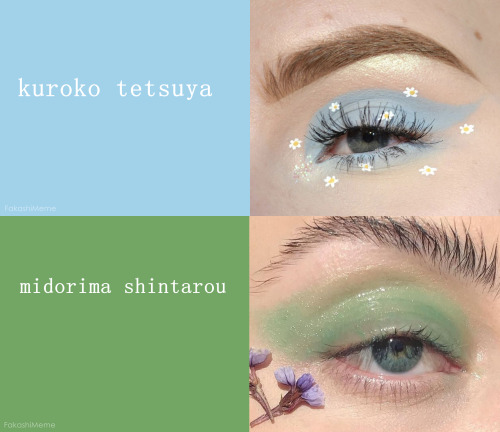 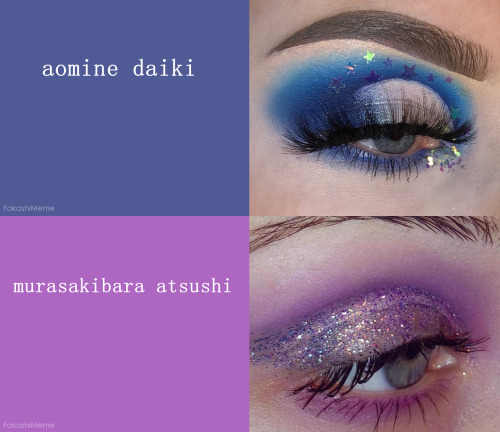 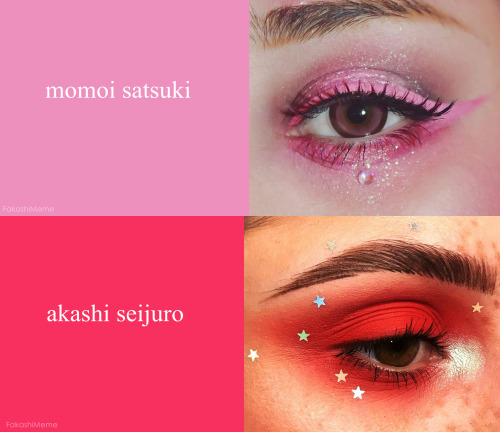 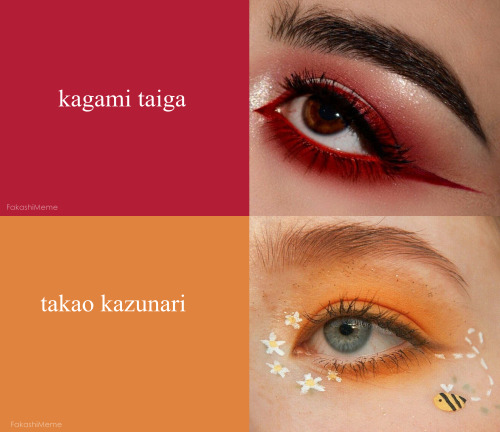 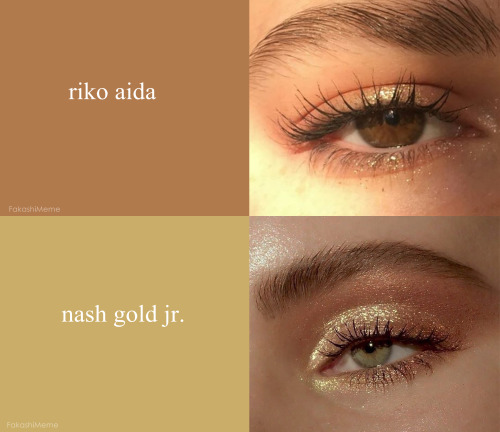 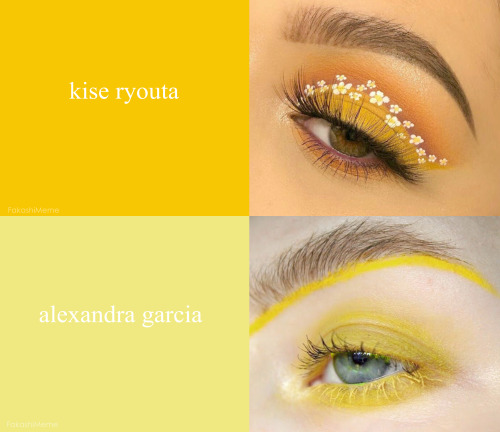 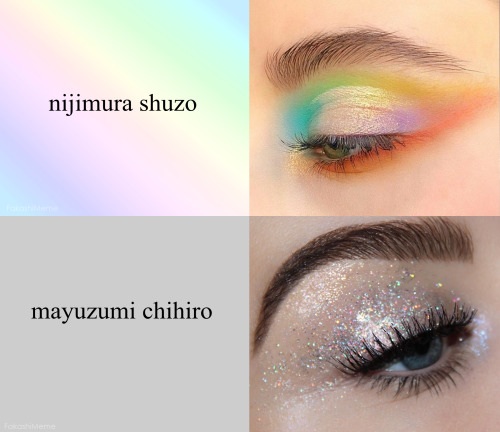 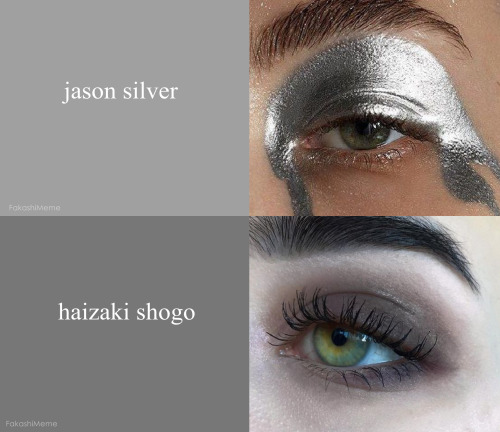 2. kagami, the dude who went and wrote his number on midorima’s hand, who was all “you’re my best partner”, who was all, “let’s play again”? this guy has so much dumbass homosexual energy its not real. 12/10

3. certified chaotic bisexual, super sweet and soft when you get down to her core, will fight you 15/10 times. gay energy 100/10

#gom, #generation of miracles, #miragen, #kiseki no sedai, #knb, #kuroko no basket, #aomine, #kise, #aokise, #knb fanart, #gom fanart, #their looks are based on kpop idols, #aomine is exo monster era with the suit colour changed, #kise's is based on Astro all night but none of the actual stuff is there lol
18 notes · See All
kiseluvsText

Here’s the Part 2 of of you asking the GOM + Kagami if you can borrow their hoodie.