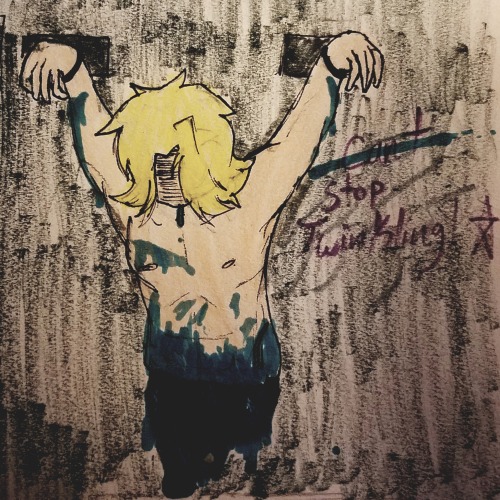 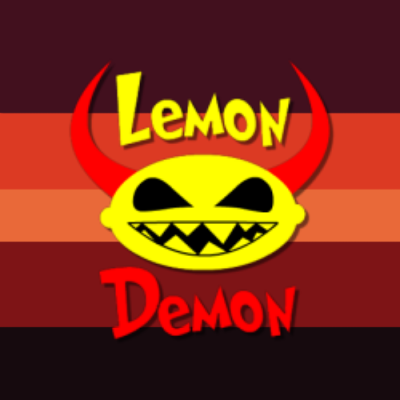 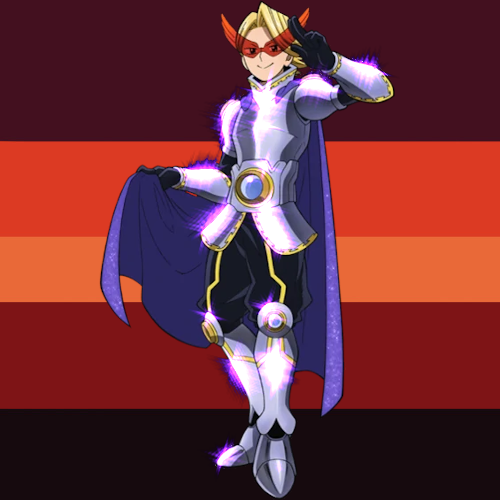 me: hm today is a no-angst day. we’re gonna be happy and fun today

my brain: au where dabi killed aoyama at the summer camp

#i mean how SPICY would that be though?????, #like obviously i dont want bad things to befall mr. glitter but IMAGINE, #mine, #aoyama yuga, #dabi, #aoyama dies au
55 notes · See All
byallmeans1Photo 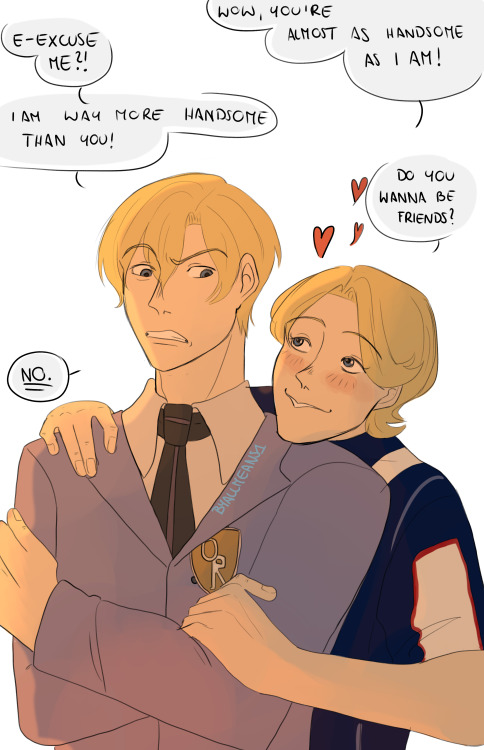 handwriting practice! this was actually super fun to do (although by shouji i really got sick of that sentence)

at the bottom is my own handwriting, bc it clearly bleeds into all the others

(also- the constant upward slant wasn’t a character choice, that’s just me being unable to write in a straight line!!) 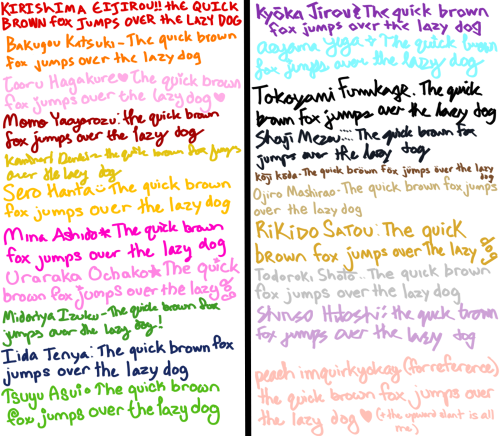 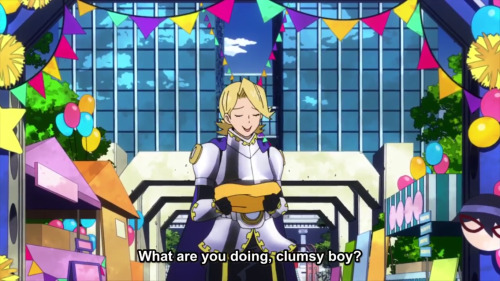 HE WAITED FOR DEKU, HE STOOD THERE, WAITING FOR HIM…GIVE THIS BOI MORE LOVE I WILL KICK U IF U DONT

LOOK AT THE WAY THEY LOCK ARMS, HE TRUSTS HIMMM HE JUST JUMPED AND TRUSTED HIM ISMDMSKX

at least i think it was them,,, oops

Shoto was never an easy sleeper.

There was always someone yelling, something crashing, some kind of disturbance to keep him away from any kind of safety he could find within unconsciousness. And now that he lived in the dorms, the crashing went from outside his door to inside his head.

He sat upright in his bed on this particular night, half of the bed singed and the other frozen solid. The boy sighed, shaking his head, tucking his knees towards his thin body and reaching for the cup of ice water near his bed. Well, he chuckled softly, at least it WAS ice water. He activated his quirk and refroze part of it so it could regain its crisp coolness. Taking a long, drawn out sip, he clicked open the glimmering latch to his bedside window and glanced out to the silvery moon hanging in the sky. Untouched by anything happening down here. He always envied the moon, always saw himself within the carefree way that it presented however it pleased. As he watched a cloud pass over it, he could hear it sobbing quietly… wait, no.

The roof. It’s coming from the roof.

He swung his long legs over the side of his bed frame and booked it towards his door. He didn’t recognize the sobs, and he wasn’t the best when it came to crying people, but he couldn’t just sit there. Couldn’t leave the person to suffer alone after he had lived those feelings of helplessness and pain himself. On the way out, he grabbed his watch and a coat off of his work desk. The face read 1:17 am. Damn, he mentally scolded the crying person on the roof, you’re up late.

His footsteps shattered the night air around him as he made his way towards the door that led to the top of the dorm building. Deciding whether to burst through the door or open it quietly as not to scare whoever awaited him, he went with the latter. The door creaked as his shaking hand pushed it free of the doorframe.

It shut behind him with a quite concerning slam and the figure turned around to look at him in a blur of blonde and….

They turned around, streaky tears glittering sterling silver on their frail cheeks. Wiping their face, they let out a pain-soaked laugh. “Ah, Todoroki-kun. What brings you up here, mon ami?” They sniffled and looked out to the moon. “Beautiful, isn’t she? Nothing sparkles like la lune this early in the morning, I must admit.”

Shoto sat down next to them, both of their legs now dangling off of the edge of the five story building. “I heard you. I’m on the fifth floor.” He gestured to his open window, curtains now billowing out into the cold air with the pickup of wind. Yuga shivered, and Shoto instinctively took his jacket off to wrap around the smaller student. “So what’s up?”

Aoyama turned their head away from their taller counterpart, tucking their usually slicked back but now fluffy hair behind their ear. “I could ask the same of you, mon ami. Why were you awake at this hour?” They pushed their arms through the large sleeves of Todoroki’s U.A. Swim Team hoodie, glancing up at him with a secretive curiosity about them.

Todoroki crossed his legs beneath him, sparing them the distance to the ground from up here. “You know I’m not here to talk about me, Yuga. If you don’t want to tell me what’s going on, that’s alright of course, but I figured I would check up on you. No pressure.” He lit a small fire in his hand. “Here. Warm up a little. You’re shaking like a leaf.”

Yuga’s breath hitched as they held their hands out to reach the fire. Within seconds they were crying again. “It’s just… well… my parents can’t…..” He choked up and put his hand over his mouth. “Hold on a second, mon ami.”

Shoto put out the fire and placed his hands on his knees, waiting for Aoyama to ride out whatever they were feeling right now. They turned back to him a few seconds later, smiling weakly. “I’m alright. Let me continue.”

The split haired hero in training nodded in affirmation, and Aoyama pensively stared out at the moon. “My quirk is too strong for my body. I cannot handle it anymore, mon ami. And my parents refuse to pay to continue treating my conditions.”

“I wear my support belt just to be able to use my quirk and get by without the chronic pain taking me over. The doctor who designed it for me is a complete cheapskate and he’s upping the price. Between the dream I can’t have and the cost to keep me alive, well… my parents don’t want to pay for it all anymore. I’ve always wanted to be a hero, to show people I can be strong, even with my disabilities, but…” Their indigo eyes blinked out a new flow of tears. “I should have quit while I was ahead, pour être honnête. It’s the most they can do to pay for my pain medication, but without my belt, I can’t use my quirk.” Aoyama’s blonde head sunk into the velvety purple of their pajama pants, shoulders heaving between each wave of sobs.

Todoroki blinked a few times, processing what he’d just heard. He held his hands out in front of him, one charred from the fire he’d set and the other ice cold to the touch. He followed the creases in them with his good eye and thought back to all the times he didn’t want to be a hero. All the times he wished he could take his father’s power away. And after a time, he was ready to look his friend in the eyes with a response.

“You know,” he started, “a close friend once told me something that I can’t ever forget.” He closed and lowered his hands. “He has a disability too, but it’s a different kind, and yet he’s the most amazing hero I’ve ever known. He told me that my power is my own. Mine and no one else’s.” His eyes met Yuga’s, a stoic expression on his face. “Aoyama, I think your power goes beyond your quirk. Your power lies in who you are: the funny, fashion forward, talented, and driven person who has been in my class all these years. So many people are heroes because they have to be. Because they were forced to.” He blinked out a tear of his own. “But you… you fight like hell to get to where people like me have been since day one.”

Yuga’s stream of tears turned into a waterfall. “Y-you really mean that, mon ami? Could I— I know you don’t usually hug people, but—“

@todorokitops i figured i would tag you, feel free to tell me how ass it is lmao

{ you can dm me anytime for headcanons and stuff } 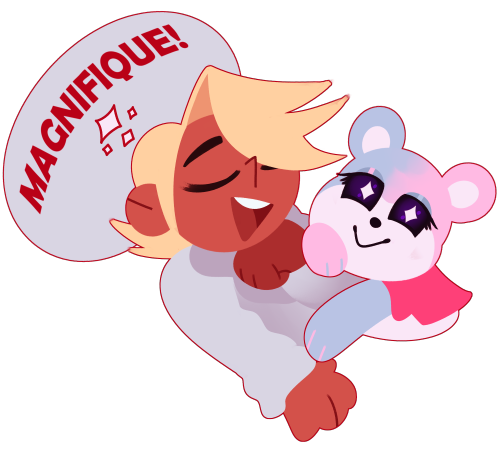 #boku no hero academia, #my hero academia, #bnha, #aoyama yuga, #animal crossing new horizons, #my art, #its the yuga villager and i WANT her
49 notes · See All
half-cut-dealingsText

Aoyama enlists the help of Shoop Da Whoop to help fire his LASER!

Uraraka: kinda skeletal and sickly, playing into a starving child look. Her pink cheeks look like smeared paint, her hair is floating menacingly, and her eyes are a bit too big for anyone’s face. She acts a bit too peppy, and her finger pads are bloodied

Midoriya: Eyes are a toxic green, like he’s looking into your soul and seeing every weakness. His freckles look like tears streaming down his face and his arms are exposing bones and raw flesh, and he’s deathly pale. They’re also gnarled as hell

Todoroki: the flesh where is scar is supposed to be is rotting, and you can see his skull. It goes more around his face, and scattered stitches are on his body. Hes trying to hold.himself together even as he’s falling apary. Bits of ice and fire surround him like dead flowers to the grim reaper, and in general, is rotting from ice and fire burns

Aoyama: his stomach is caving in, showing exposed organs, the inner workings of his naval laser, and achieving an hourglass figure in a horrifying way. His eyes are too big for his face, and he’s way too skinny. Glitter seeps out of him, like he’s trying to make himself sparkling inside and out, even though they burn. Trying to achieve unrealistic beauty standards, I guess

Bakugo: An overbearing, burnt caramel scent follows him, making others sick. Explosion scars and nitroglycerin cover and drip from his body, but he continues to burn himself. A crown of melting gold is lopsidedly placed on his head, sort of showing his superiority complex and insecurities 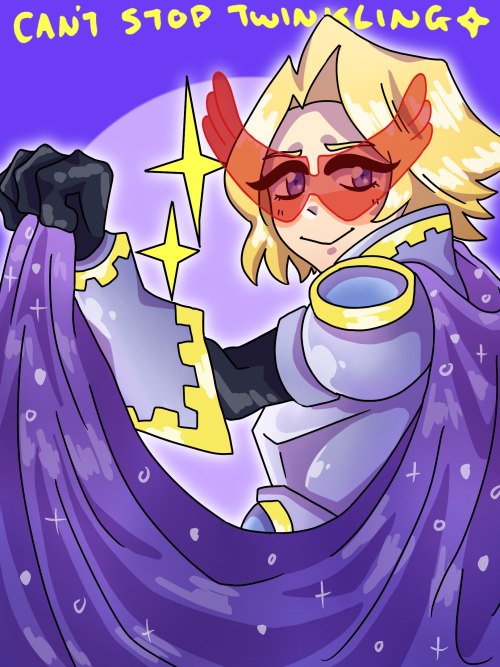 #aoyama yuga, #my hero academia, #boku no hero academia, #my art, #fanart, #cant stop twinkling
18 notes · See All
thatawkwardotakuAnswer
In the new episode when Aoyama was talking to Deku in the background, I head-canon Aoyama was listing all the types of cheese to him and nobody can stop me