I love studying, but we’re at the point where all the teachers are giving more work than they ever could’ve crammed into a 45-minute windowing and using COVID-19 as an excuse to do so. I understand they need to prove we’re working consistently but it’s getting out of hand at this point.

Here’s the fanart of Aesthetic Perfection I made.

Basically, Daniel is the band’s queen (according to Elliott ahah)… Even though I’m pretty sure that Joe is one too.

Neuroanatomy is the study of the parts and functions of neurons. Neurons are individual nerve cells. Each neuron is made of distinct parts.

Dendrites - Rootlike parts of the cell that stretch out from the cell body. Dendrites grow to make synaptic connections with other neurons. This is where a signal from another neuron is received.

Soma- The cell body, contains the nucleus and the cell’s organelles

Terminal Buttons- The branched end of the axon that contains neurotransmitters

Synapse- The space between the terminal button of one neuron and the dendrites of another.

How a Neuron Fires

A resting neuron is slightly negative because mostly negative ions are within the cell and mostly positive ions are on the outside of it. The cell membrane is selectively permeable. When the terminal buttons are stimulated, neurotransmitters are released into the synapse. They fit into receptor sites on the dendrites of the other neuron. Once the threshold is reached (enough neurotransmitters are received) the cell membrane of the other neuron becomes permeable, and positive ions flood the cell, making the overall charge of the cell positive. This change in charge travels down the neuron- this is an action potential. Once the action potential reaches the button, neurotransmitters in the neuron are released into the synapse. The process then may begin again in another neuron. Either a neuron fires completely or doesn’t fire at all- this is the all-or-none principle. A neuron cannot fire a little or a lot. It’s the same every time.

Afferent Neurons- Take information from the senses to the brain

The Organisation of the Nervous System

The Central Nervous System- The brain and the spinal cord

The Peripheral Nervous System- The other nerves in the body- it’s divided into two categories, the somatic nervous system (voluntary muscle movements) and the autonomic nervous system, which itself is broken up into two parts:

Sensory neurons are activated, transmitting a message up a neuron to the spine (afferent nerves) the message moves up through your spinal cord until it enters the brain through the brain stem to the sensory cortex. In response, the motor cortex sends impulses down the spinal cord to the muscles where the sensory neurons were activated, allowing a response to take place.

How We Study the Brain

How We Classify The Brain

There are 3 major sections of the brain; the hindbrain, the midbrain, and the forebrain.

Hindbrain: The life support system of the brain

Midbrain: Just above the spinal cord. Very small in humans, but responsible for coordinating simple movement with sensory information. It integrates some types of sensory information and muscle movement. One important structure is the reticular formation which is a netlike collection of cells throughout the midbrain that controls general body arousal and focus. Without it, we would be in a coma.

Forebrain: The forebrain helps control what we consider consciousness. It is very large in humans, and what makes us, us.

The grey wrinkled surface of the brain, densely packed with neurons. When we are born, the cerebral cortex is full of disconnected neurons. As we grow and learn, dendrites grow and connect with each other, forming a complex neural web. The surface of the cerebral cortex is wrinkled. Those wrinkles are called fissures and they increase the available surface area of the brain. The Cerebral Cortex is made of 8 different lobes- four on each hemisphere. Any part of the Cerebral Cortex not associated with receiving sensory information or dealing with motor function is called an association area

The cerebral cortex is divided into two hemispheres, connected by a nerve bundle known as the corpus callosum. The hemispheres are like mirror images of each other, however, are slightly different. The left hemisphere receives sensory information and controls the motor function of the right half of the body. The right hemisphere receives sensory messages and controls the motor function of the left half of the body. This is a concept known as contralateral control. The left hemisphere may be active during the logic and sequential tasks and the right during spatial and creative tasks, but not enough information is known to fully make that conclusion. The specialisation of function in each hemisphere is known as Brain Lateralisation/Hemispheric Specialisation. A lot of research into this comes from split-brain patients, whose corpus callosum has been severed. This is a treatment used to deal with severe epilepsy and was pioneered by Roger Sperry and Michael Gazzaniga.

The brain is somewhat flexible. If necessary, other parts of the brain can adapt to perform other functions- dendrites can grow to replace damaged sections of the brain, especially in younger children whose dendrites are growing at their fastest.

The nervous system sends rapid signals that go away quickly. The endocrine system sends hormonal signals which travel throughout the body and last for a long time. The hypothalamus controls this system.

Genetics is another important part of psychological research that is just now becoming realised. Most human traits like body shape, introversion or extroversion are the results of nature (genetics) and nurture (environment). Part of psychology is attempting to understand how much each of these concepts contributes to the development of traits.

Twins are an essential part of nature vs nurture experiments, as monozygotic twins (identical twins) contain the exact same DNA, studying them in separate environments can reveal the connection between nature and nurture. Studies like these have found that IQ is strongly connected to nature, however, there are biases in these studies. Since the twins share physical similarities, others may treat them in similar ways, creating the same effective psychological environment.

Sometimes, errors occur during cell development, or as a fetus develops. There is more information on this in my post on molecular genetics. Here are some examples of disorders that occur as a result.

my soul is aching, trying to find its way back to you

i wish it could stop looking

The core 6 minus Memphis!

productive sunday, with vibes that hopefully carry on throughout the week

So, as we’re all aware life is fucked up right now. Shit is going down and some of what i’ve been putting into AP feels a little real now. (such as the isolation for safety. Stan knows it too well)

I put this blog on hiatus for a few reasons

1. Because of this pandemic and my household dealing with it

2. To properly finish the next two updates without worry

3. Because my college is now online and I have more to deal with at home and don’t have proper class working times anymore.

That being said, Stan and Kyle would like to invite you to a potential idea:

Currently it is not made because we’d like to know if there is any interest first. I dont want make something people have no interest in. If this server went live it would include

1. Talking to Danny, creator and artist of this comic!

2. Getting behind the scenes wips and sneak peeks!

3. Being able to ask Stan and Kyle questions regarding the comic in real time chatting

If this interests you,. either dm this blog, @dannyvhs or just comment/reblog this!! <3 We’d love to make this server and interact on a new level with fans while we’re all dying of isolation

#100 days of productivity, #apush me off a cliff, #ap, #studyblr
1 notes · See All
fishoutofcamelotText

Not at ALL related to BBCM but i need somewhere to talk about my OCs so here we are. But if it’s any consolation, Rosetta and Sinclair have a dynamic/energy very similar to that of Arthur and Merlin. Here are just a few excerpts from Chapter 1 of my WIP: “A Gift From the Willow Tree”

For those of you who are curious, Sinclair and Rosetta come from my WIP called “Aether Punks”, which will be an episodic series about your classic chosen one story told from the POV of the sidekick. Rosetta is the chosen one - or “Saving Grace” - and Sinclair is her snarky best friend/the main character. I love these two with my whole heart.

Here’s a drawing i made of the main cast (most of it, anyway. Some spoiler characters aren’t featured)

#im gonna scream into the void about my ocs and youre gonna LIKE IT, #aether punks, #ap, #ocs, #my ocs, #fish post
10 notes · See All
mal-brodie-writesText

The crew is here! But not the whole crew, mind you, because some of those characters would be spoilers…

God i love Rusoe so much! She was originally a background character but she was so cool that i pulled her into the main cast. I would die for one (1) pure bean

I am a student lol

when andy said babygirl in emoji, i melt

Here’s what I’ve been doing between AP sessions! 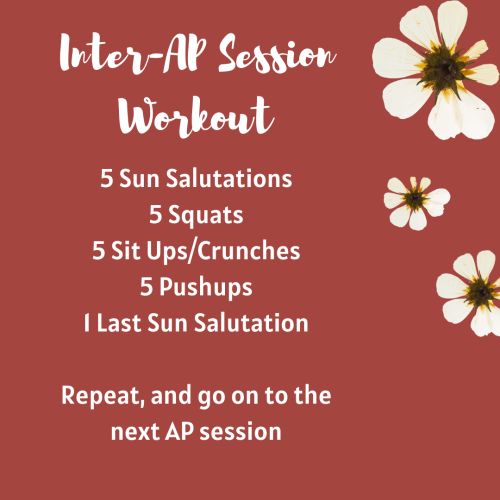 heads up for AP students! the AP youtube channel is doing a live stream for at least AP Calc rn, and they’ll continue for the rest of the week!