college board can suck my fucking dick i hate them so much i hope they lose their lawsuit and go to hell.

the ceo of college board can also suck my balls i hate that man and hope he eats a jar of toes. eat the fuckin rich.

When Jack needs a new cell phone, he asked Mary to be on her plan; but in return must help her get rid of her boyfriend. Trying to give the bad news to her boyfriend, he doesn’t accept and his handcuffed to Jack’s mother’s stairlift. Jack plays into Mary until it was too late and she goes back to him. That is until Jack stops her and tells her that she can do a lot better than with that guy; in return, the two will share a phone plan and get out of being handcuffed as well.

Principal Ralph can’t take the stress of informing his staff of the cuts and moves. But that’s when Anthony came in to interview Ralph for the school paper; Anthony helps give the bad news and is given the power to tell everyone from the gym coach to janitor about the changes. Even trying to get out of a B- grade but Helen took care of that after noticing he dipping the chip into way too much dip.

"Handcuffed” was a very good episode. I enjoyed a lot from Mary and Jack’s friendship story to Anthony’s reign of power. But the one that really had me laughing was Paula Pell’s performance as Helen stealing scenes and that dipping the chip into way too much dip was so funny. Overall, I give this episode an 8.5/10.

There’s a talent show but will Jack and his class win it?

As the school talent show is about to begin, Jack thinks he can win it with his class and after searching for some talent from his class he had found it. It was a play and while at first, it was a good idea; Jack turned it and went a whole other direction by using what everyone likes in entertainment from dub music to dancing. At first, it wasn’t going so well until Jack went back to the original idea and won the show.

Meanwhile, Mary and Stef try to help Michelle out with her bell concert for the talent show but instead Michelle does it all on her own. While Helen and Ralph come up with who will be the new M.C. the talent show; spoiler alert it’s them!

"Spectacle” was so good with the performances from Paula Pell and Patton Oswalt with their chemistry just put to a whole new level. When watching these two I don’t think they’re doing it on scripted but improvising. I didn’t really like the whole bell concert storyline in this episode because it just left too predictable. While Jack and the classmate’s story was good on average but had a nice ending to it. Overall, I give this episode an 8/10.

Sometimes when I can’t sleep, I do some bio notes on things I find interesting. Lately I’ve been studying up on the immune system, since my schooling hasn’t quiet touched on it in class yet (which makes me incredibly sad).

What are some things that interest you and make you wanna learn more about outside of your schooling?

And as always, Happy Learning!

forget the pec pads THIS is the continuity error that makes me mad >: (

#lmfao, #altho eh im not rly a bulge person, #some of my friends will rly rly appreciate this tho ty, #ap bio, #jack griffin, #ask, #jackie talks, #ok so if u dont know what i mean by pec pads, #in dee day they said dennis wears them to uhhhh get the desired shape, #the gliddies are a lie, #and mac didnt know abt it, #but in texts.... he says he massages his pecs, #so What Is The Truth, #HAHAHHAHAHAHAHHAHA, #this is VERY IMPORTANT, #ridiculous, #when is someone gonne let me outta here
7 notes · See All
lali-lifeText

-Studied Korean on Drops and Eggbun

“this year’s ap biology exam was a doozy” is literally trending on twitter right now… i’ve never seen that happen before. at least i know that i’m not the only one who failed today’s exam. one version of the test legit had us exploring a potential cure to cancer???

Why do college board examiners think high schoolers/college freshmen need to be able to reason through five levels of understanding just so they can recognize what a question is actually asking???? just say you want them to explain hydrogen bonding and electrostatic interactions of protein R groups, and how that’s used for two proteins to interact/form a complex

#ap bio, #for reference: i am in 18th grade, #that question sucked, #sorry to everyone
11 notes · See All
luigi-owns-a-mansionText

My thoughts on the AP Bio exam: i dont know what the fuck that enzyme does and if you stated it 5 paragraphs of information ago then i forgot while trying to load my brain with more unnecessary information

#i have three more tests and if i dont get easier prompts i will cry, #ap tests, #ap lit, #ap bio, #mine
4 notes · See All
kritiquerText

okok the memes on twitter are sending me tho

i did not study for my ap bio test at all, and it’s for the best bc if i had it would not have helped ✨

i have no words for the ap bio test, except a scream fueled by frustration

#brutal is what it was, #absolute trash, #well ig i do have words look at that, #im pissed, #ap bio, #kit talks
9 notes · See All
studynwritePhoto

yall. i am finally done with ap bio. the exam was weird–i finished all the questions, but i cannot tell if i think i did really well or really poorly. i guess we’ll see in july. regardless, a duckie, a quartz, and an incense stick were all present again. all thats left in ap lang (which i am not worried about at all)! :-) 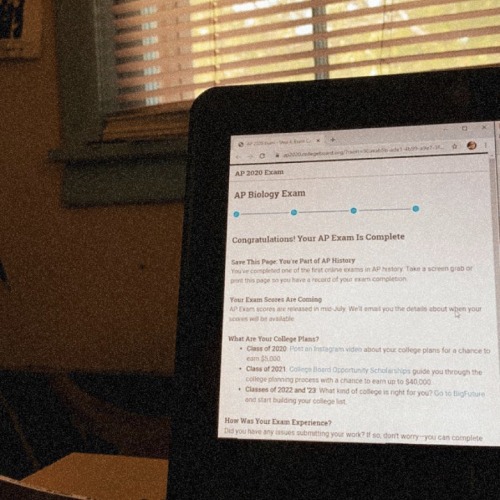 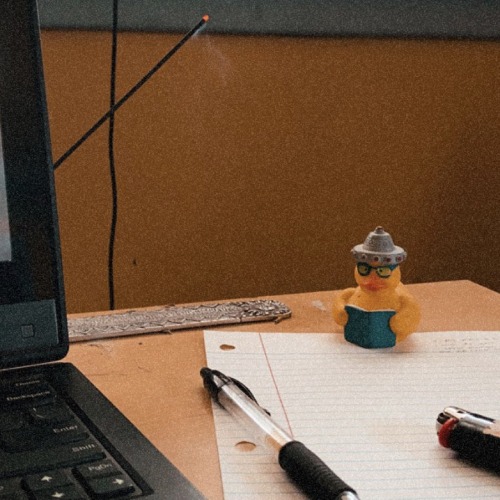