Tumgir
AboutPrivacy Policy
AboutPrivacy Policy
Visit Blog
Explore Tumblr blogs with no restrictions, modern design and the best experience.
Fun Fact
Pressing J while looking at a Tumblr blog or home feed will scroll up on the page, pressing K will scroll down. This is helpful considering a lot of the Tumblrs feature infinite scrolling.
Trending Blogs
#apollo
oldkitty
Photo

“… you learn that people are depending on you and it kind of sticks with you. Even flying , which was all I wanted to do for fifty years, had its own requirements. If you got lazy there, though, you could get killed. Those were the key lessons. That’s how I operated. Get the job done. Then go have fun.” Deke! (1994) by Donald K. Slayton with Michael Cassutt. 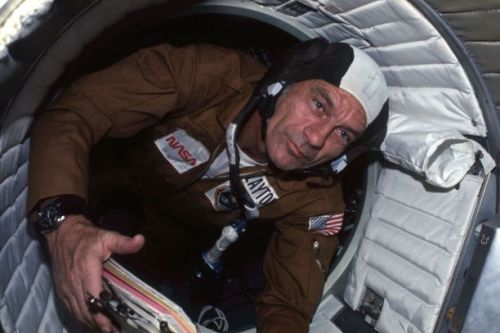 Idea for one of those urban fantasy “Olympian gods take up modern forms and similar professions” stories, but the twist is that it’s from the perspective of Hestia and her attempts to make peace within her dumpster-fire-meets-train-wreck family.

Like, everyone else takes up big and lofty jobs similar to their godly personifications, but she’s just running this cozy little diner where she has to deal with the drama of a family that she loves very much, but often makes her want to rip her hair out. I just think it would be neat, letting the underrepresented big sis Olympian get her own story.

Ares: Go throw yourself in the void

Apollo, tearing up: I wish I could

Hades : What did you do—

As a print designer and engraver, Hendrik Goltzius’ technique was unmatched, offering an exemplary version of Dutch Mannerism. His drawings were in demand and admired by his contemporaries. His design for Ovid’s Metamorphoses, together with that of the Passion, engraved by members of his workshop, established a reference for Dutch art until the mid-17th century. In the image: Apollo kills the…

Apollo: I forget but I do NOT forgive

Idk if anyone has touched upon this subject but :

Apollo is the god of ✨knowledge✨

Athena is the goddess of ✨wisdom✨

There is a difference between them. Knowledge is simply knowing, wisdom is knowing with experience - basically knowing but also understanding theres a time to say things.

Apollo can be reckless perhaps because of that, Athena plans ahead.

This does not mean Athena is cleverer that Apollo - Apollo knows everything. He’s the god of knowledge. Athena needs to learn and apply her experience whilst thinking out consequences.

But that does not mean Athena is dumb, because even though Apollo is ‘clever’ Athena is wiser.

She understands consequences whilst Apollo doesn’t think ahead, and probably learns through trial and error.

Please don’t forget this important aspect of Apollo, but don’t erase Athena in favour of him.

Respect them both and understand this difference.

Wisdom and knowledge have a difference - search it up if you wish to dig deeper.

Anon,,, this. is. beautiful. Like I know there’s also the soulmate concept with the double human splitting in half, but the idea of one soul (immortal and mortal) or the same cloth/string split into two by the Fates and bound to meet each other again? YES. (Also I think one author did view Zeus and Hera as twins? Not sure tho)

Also love how you included familial twin flames especially Demeter and Persephone 🖤 and romantic ones like Baucis/Philemon and Zeus/Hera. I also like how not every god has a twin flame to make twin flames more special. I would like to add Oceanus and Tethys into the list, with how many kids they had and the seawater/freshwater contrast and how they balance each other out, I can see them as twin flames too :)

Dionysus: What if I press the brake and gas at the same time?

Hermes: The car takes a screenshot.

Apollo: For the last time, get the fuck out.

Apollo: You have to apologize to Hermes

Ares: ‘Unfuck you’ or whatever.

Dionysus: I think Athena was right.

Hermes: I’m surprised she hasn’t marched in here to say ‘I told you so.’

Ares: She wouldn’t do that.

Athena: *turns around, the shirt she’s wearing says 'Athena Told You So’ on the back*

Apollo : …. The fact you felt the need to make a custom shirt-

Based off this post . I also started a companion piece to it about Apollo doing music therapy with the girls and his redemption arc for all his problematic rapey actions in the past, so I can post that too if you’re interested.

Artemis doesn’t quite remember when Apollo traded his golden bow for something smaller, sleeker, easier to conceal and faster to fire, but she’ll never get used to the gleam of the pistol at his hip, and she’ll never relinquish her prized silver bow. She worked too hard to perfect her skill with it over the long millenia, brought down too many enemies with it, and cried out in a hunter’s triumph when her arrows struck true. She still uses the hand-draw technique like the archers of old, eschews the use of a quiver because they’re clumsy and slow her down when she’s in pursuit. Easier to hold her arrows in the hand that holds the bowstring.

Archery is an art that’s been lost over time to cheap trick-shots and Hollywood inaccuracies. But she’s a goddess and a huntress, and the tense snap of a bowstring sounds like poetry as she sends an arrow singing through the air. Maybe Apollo’s right and she has a dramatic flair, but she thinks that’s pretty rich coming from the guy who shot plague-arrows into half the Greek army during the final year of the Trojan War. If she ignores the fact that she once ripped a man to shreds with his own hounds, she can believe that Apollo is, in fact, the more dramatic twin.

The drama queen in question leans against the wrought-iron rail of their third-story apartment’s balcony, pistol gleaming at his hip as he takes another drag from his cigarette. “You can’t save them all, Art,” he tells her on an exhale, and she wrinkles her nose and waves the smoke away. She isn’t worried about the health risks, sometimes even wishes she could die, but the smell is another matter entirely.

“I could if you helped me,” she tells him, an edge of steel in her voice, and he sighs and rolls his jaw.

“Fine. The next time you hunt.”

She’s spent centuries with Apollo and knows when he’s only giving in because he’s tired of arguing, but she’ll take the win because she can’t stand to lose. “You have to take your bow.”

Apollo looks at her with one perfect eyebrow raised. She nods. “I was going to take it anyway,” he snaps. She doesn’t bother to hide her grin. He stubs his cigarette out against the railing and shoves past her through the sliding glass door, muttering as he stalks down the hallway to his room. They have rooms more as a matter of principle, since neither of them need to sleep. Both of them choose to, sometimes. It breaks up some of the tedium of immortality.

Artemis takes her twin’s spot at the railing, looks pensively at the sun rising above the city skyline. It seems distant today, the pinks and oranges less vibrant than normal. Apollo does this sometimes to show his annoyance, and still has the nerve to accuse her of being dramatic? He practically invented the concept.

I am, once again, SCREAMING about the latest Lore Olympus

Offerings for Aphrodite and Apollo

Hey everyone! I’m back, and I have a suggestion/idea for offerings to Apollo and Aphrodite. This is really easy to make, and uses things almost everyone has access to! You can offer these to the gods/dedicate it to them and use it to make specialized teas!

These are all basic and can be added to and customised to your liking, and even if I’m only mentioning Apollo and Aphrodite, you can sue other fruits for other gods. I will be posting recipes for the rest of the Theoi, so look out for that.

The first ingredient you’ll need is Sun Water. I’m writing the recipe for that here too.

For sun water you’ll need about 1 cup of water. ½ cup tap water, and ½ cup filtered water. Where I’m from, we have filters in every home and we use that to clean our tap water to make it safe to drink. I’m just saying you need fresh water and clean water. Hope that explains.

Clean and cleanse a small glass jar that you can use to set it out in, and cleanse the water if need be. In a glass, pour the water and microwave for 1 minute, just to heat it and clear the germs. Put one ice cube in the jar and pour the warm water over it.

Use a paper towel or tissue or whatever and fold it into a coaster like thingy for the jar to sit on. take the jar to your balcony or window and set it out, checking where the sunlight is shining the most.

Put the jar on top of the tissue coaster, and leave it there until the sun sets. Best time to set it down would be around 3:40 to 4:00 PM. Set it out again at the same time the next day. Store the water in a bottle at night for the first day and also after you’re done charging the water. Check in on the water once in a while, adjust the position according to where there is more sunlight.

There! You now have sun water, and we can move on to the actual recipes.

Method: Juice half a pomegranate. Stir in as much pomegranate juice as you feel is right, I go for around 3 teaspoons. Add 2 teaspoons of sugar and the pomegranate juice to half a cup of the sun water and stir. You’re done. Moon water can be used as a substitute in this recipe, because of Aphrodite’s connection to the sea.

Method: Juice half a lemon and pour a few teaspoons into the water. Add a teaspoon of sugar and a pinch of cinnamon and salt to the mix too. Stir and you’re done.

Also! don’t forget to heat your water in the microwave for 1 minute and let it cool before brewing these!They go great with green tea, and can be stored in the fridge for a few weeks to 1 and ½ month.

WOULD YOU BELIEVE THEY PUT A MAN ON THE MOON

Me finishing TOA: well that was gay

im feeling soft have my dog

im imagining it like those 2 smart kids in school who would fight each other but when somebody say they’re wrong, they team up and basically destroy the guy

Ares:… i got the mitochondria is the powerhouse of the cell… for some reason…