Doodles of my Ragnarök Online/RO characters. On the left is group picture, on the right is just a couple of ‘Un’s. ^^

Blue guy is Thomas Benedicta the Archbishop who loves cats; and brown guy is Kei, a weed smoker who only became a Star Emperor to look cool. The two cats at the bottom are Summoners, the yellow cat being my main character, ‘Un’ (like the prefix un-) and the blue cat, Cottage. 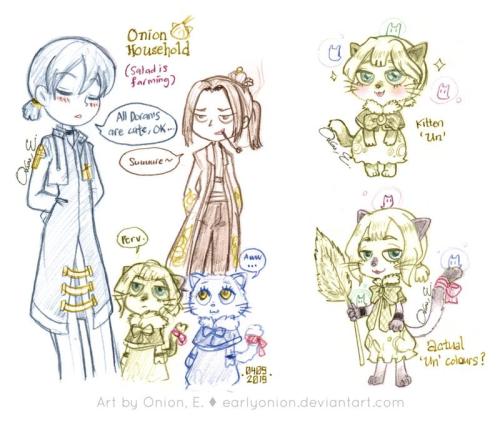 I would like to take the land of my recently widowed sister-in-law and nephews.

Archbishop Gustavo Garcia-Siller soared the skies over San Antonio, Texas, this week, blessing the city and its Roman Catholic parishioners below

Missed Connection by Kingsofeverything | E | 2997
Harry is absolutely clueless when it comes to figuring out if other guys are into him, so he enlists his friend Niall to assist. That may or may not be a mistake.

Give It To Me (I’m Worth It) by sweaterpawstyles | E | 3812
“Who the hell puts lube packets in their sock?”
“A boy who wanted to get fucked in the locker room by his daddy,” Harry said innocently. “I have my good intentions, Lou.”
or
Louis can’t resist Harry in the red shorts that he wore during the James Corden skit. Featuring locker room sex.

You’re Not Distracting, You’re Mesmerising by teaandtumblr | E | 4031
It was on purpose.
He had been doing it on purpose.
That little Irish shit had been doing it with one goal in mind…and Louis had fallen for it. True, it hadn’t made a difference in the end but Louis had still fallen for it.
Niall distracts Louis during SoccerAid and Louis doesn’t realise until the match ends. He then makes sure to tell, or perhaps show, Niall exactly how that made him feel.

sensitive to pressure by momentofclarity | E | 4451
Harry’s breath stutters on its way up his throat, his cheeks heating more with each step as Louis gets closer and Harry can’t move. Feet stuck to the carpet, heavy and unwilling, unable to shuffle away or take control, stuck in place and waiting.

Feeling it Out by YesIsAWorld | E | 4857
Harry lost the grip on his towel, and it fluttered to the ground. The other guy took a step forward, reached down to pick it up, and stepped closer to Harry to return it. Close enough for Harry to see the occasional grey hidden in his beard, the unruly pit hair, still wet and clumped together, the way his dark chest hair continued down, through the middle of his belly and directly to his—
Harry jerked his eyes up to see the the other guy’s questioning look.

Members Only by kikikryslee | M | 14484
“Well, I’m gonna go work out now, so…” Harry said, his voice trailing off.
Louis nodded. “Yeah, yeah, go ahead. Go get, uh, you know, strong and buff.”
What?
Louis wanted to die.
“Um, thanks?” Harry said. “Um…”
Without another word, Harry walked away from the desk.
Louis pinched his thigh – hard – hoping that was some terrible, awkward nightmare that he might soon wake up from.
—
Or, the one where Louis works at Harry’s new gym and neither one of them knows how to hold a coherent conversation with the other.

Unbelievers by isthatyoularry | E | 136875
It’s Louis’ senior year, and he’s dead set on doing it right. However, along with his pair of cleats, a healthy dose of sarcasm and his ridiculous best friend, he’s also got a complicated family, a terrifyingly uncertain future, and a mortal enemy making his life just that much worse. Mortal enemies “with benefits” was not exactly the plan.
Or: The one where Louis and Harry definitely aren’t friends, and football is everything. 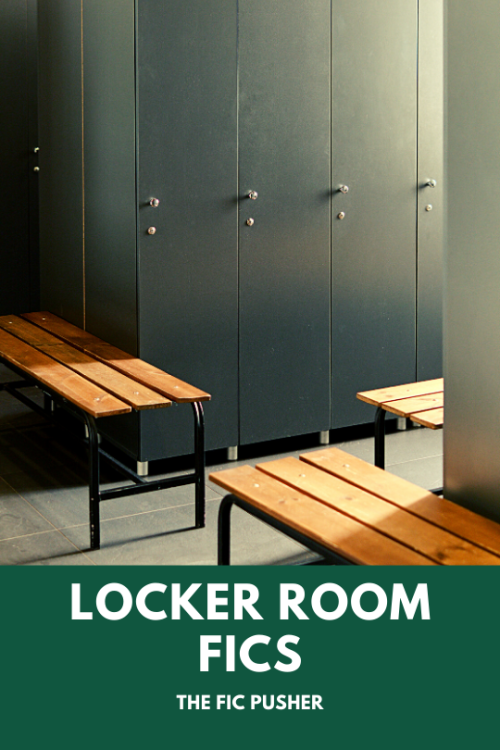 #locker room, #unbelievers, #isthatyoularry, #MEMBERS ONLY, #kikikryslee, #feeling it out, #yesisaworld, #sensitive to pressure, #momentofclarity, #You’re Not Distracting You’re Mesmerising, #teaandtumblr, #Archbishop of Banterbury (your dick in me), #Becka, #Give It To Me (I’m Worth It), #sweaterpawstyles, #missed connection, #kingsofeverything, #kotabear24, #the locker room.
45 notes · See All
Next Page