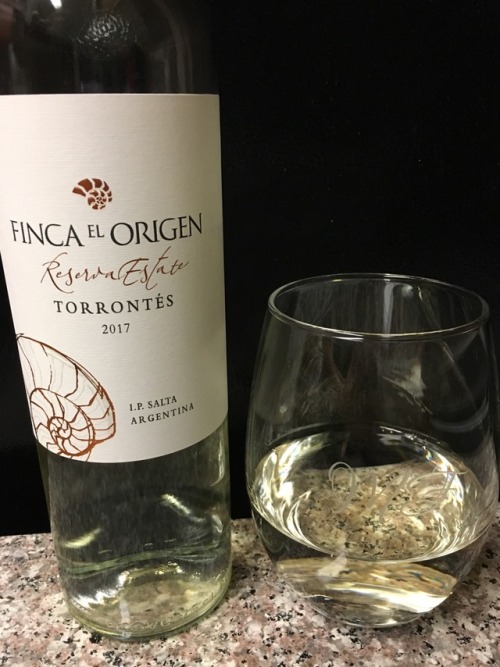 Siam Winery has added Argentinian CHAKANA from the Chakana Group to its “World of Wines” portfolio. CHAKANA MALBEC 2012 and CHAKANA ESTATE SELECTION MALBEC 2012 are both of the Malbec grape variety, which has been at the forefront of the Argentinian wine export boom.

Daniel Schwalb, commercial director of Siam Winery said, “We have been working very hard to recruit quality wines, as well as selecting the best business partners in wine production in order to import quality wines for the Thai consumer. It is our great pleasure to be able to deliver quality Argentinian wines like CHAKANA via our ‘World of Wines’ portfolio to emphasize our image as a wine marketing leader in Thailand and to provide more options of wines for the Thai consumer.”

CHAKANA MALBEC 2012 is an easy to drink red wine, has medium body and is suitable for beginners. Its aroma is fresh and perfumed by violets. On the palate, it has hints of ripe plum, red berries and spices. The wine goes well with grilled meats, duck, goat, pizza, pasta and cheese.

CHAKANA ESTATE SELECTION MALBEC 2012 is aged in French oak barrels for 12 months. Its aroma is intense with hints of plums, dark fruits and chocolate. On the palate, it is elegant, with good structure and a long soft finish. It goes well with smoked and grilled meats, pies and pastas.

Quite “green”, still a newborn

Wow, that is sharp!

Starts dense and bubbly, in the mid it disappears unflatteringly, finishes by coating the throat with a flavourless (thank god) warmth

“It actually made me gag” 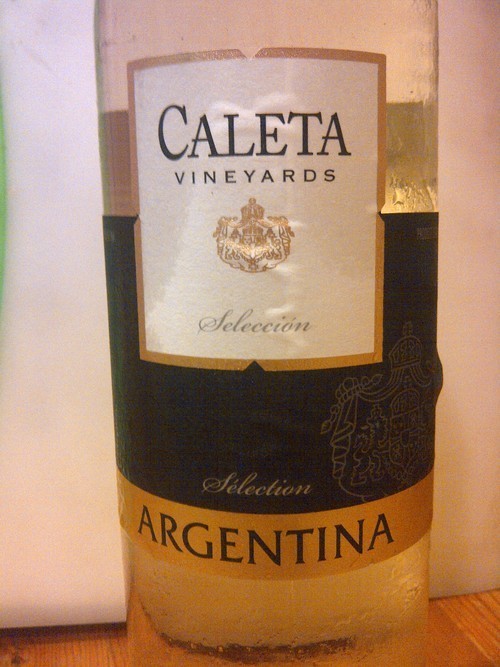 That’s a witty title, right? Well…fuck you, I’m happy with it…

Anyway! That was a bit of an aggressive start to day’s mumbling..and I apologize. So on to the most important of writings which keeps all of you (just Nat reading this?) on the edge of your seats. You cannot complete your day, be happy in yourself or feel fulfilled until the most amazing of writings are complete. And so I shall continue.

Yesterday was day 2 in the glutenous work filled week of restaurants and fine living. To ensure I could gleefully get my fill I skipped breakfast and had a small salad for lunch (Sainsbury’s, self-service counter - watch out for any hobo’s who may have put their defecated hands into the pasta). After work we jumped on the Tube and headed to Bank. Now, I fucking hate the tube at the best of times - and rush hour is clearly the worst of times. So darn packed, a tin of sardines cannot correctly metaphorically describe the crampedness. People were queuing up the stairs and out away from the platform to get on the train…mental! Off we went to Gaucho’s, the Argentinian restaurant. Now, the layout of this place isn’t exactly traditional Argentinian - cow hides and patterns on most pieces of furniture. But the dark lighting, the funky music and the cute staff definitely gave it a nice atmosphere. The wines here was amazing - Argentinian reds normally are - and the Gaucho beer was pretty tasty too. For the meat choices they actually come round and show you the raw lumps of beef and the different cuts - with an explanation of each cut, how it’s cooked and the best way to have it served (medium, rare etc.). I went for the Churrasco de Chorrizo. Unfortunately the waitress misheard me and took out a different chorirzo cut, which she did take back and got me the correct dish within 5 minutes (I asked for rare to medium so it wasn’t a problem!). The food was fantastic, the wine was perfect, and the dessert of ice cream with Jameson topped it off! Afterwards we found a like Be At One bar - I’ve never been in this chain before, and I really liked the feel of the place. Bar staff were cool, some funky jazz infused music, and Quilmers beer (keep it Argentinian, peoples!).

It’s now gone midnight, I have an hour to my last train, and some dolt gives me the wrong walking directions. 10 minutes later I’m back at Be At One bar….google maps was playing up and I got lost around Blackfriars…thankfully managed to flag down a cab and made the train. Home by 2AM…up again at 7 for another day at work. And another restaurant. More on that later ;)

#gaucho, #wine, #arentinian, #argentinian wine, #bank, #london, #food, #beef, #be at one bar, #be at one
0 notes · See All
cookinglikekeller-blogText
External image

This review is a bit different from the previous two I’ve done for one main reason:  I’ve actually spoken with people at Hendry and Robert Sinskey at their respective vineyards, not so with this one.  I knew Billy was making short ribs, so I looked for something weighty that would pair well with protein and stand up to a rich dish.  I immediately thought of a big Syrah, Zin or Malbec.  I went with the latter and gave the 2010 Crios Malbec a pour.  A great example of Argentinian wine making and what the country is really best known for: quality wines (especially Malbec) that don’t punish your wallet. This is the value label from Susana Balboa, one of the finest winemakers (male or female) in Argentina.

It was a deep, inky purple in the glass showing nice concentration of color, almost like an Aussie Shiraz, with mild translucence around the periphery when leaned forward in the glass that appeared a bit more red than purple.  It’s a really beautiful wine when you look at it.  I got black / blue fruit on the nose - black cherries and blueberries in particular.  A very fruity nose that combined with its clean and concentrated appearance really makes you want to drink ALOT of it! The winemaker’s notes mention oak on the nose but I didn’t pick that up.  It spends nine months in oak, ½ french and ½ American, but both are neutral 2nd use barrels; so it’s my guess that those neutral barrels don’t impart too much in the aroma category.  So since I was essentially salivating by this point, I went in for my first taste (note, I have had previous vintages of this bottle but this was my first go with the 2010).  The black cherry and blueberry I had smelled definitely stood out on the palette along with a little blackberry.  So again, a lot of fruit but not a fruit bomb. This had a couple of layers and nice balance.  After the initial black fruit flavor, you definitely get some jammy, stewed or cooked fruit and some cooking spice.  Don’t confuse jammy with raisiny though, my guess is that the jammy quality (which works really well) is from sun exposure - the vineyards lie at the feet of the Andes Mountain range - and not heat (83-88 degrees F during the growing season according to the winemaker’s website).  It’s not the most complex wine, but well balanced with a moderate mouth feel that would stand up to short ribs, medium acidity, mild tannins and a short finish that isn’t very hot, even though it weighs in at 14.0% ABV.

This is an all around good wine, and for $11 a bottle is an awesome table / everyday red.  For that price, I’d challenge you to find a better bottle.  It doesn’t drink like an $11 bottle, like Barefoot or Yellow Tail, not at all.  This is a very nice wine that is food friendly and super diverse in terms of what you can drink it with and when you can drink it.  Truth be told, I had it with Curry Mango chicken sausages and it rocked.  I opened it to review it by itself while I was cooking but after a glass, figured it might work really well with the sweeter sausages and it really did work. But again, this was intended to pair with short ribs and I think it will; like I said very  diverse.  It was great on its own, and could go with a variety of cheeses too, brie to cheddar to smoked gouda.  Wrapping this up, I really enjoyed the bottle.  It’s young but intended to be drunk now, definitely don’t lay this guy down.  But young and early consumption don’t mean poor quality, this is a nice bottle and certainly worth a try for $11. Enjoy and cheers!