My Stylized version of Netherite armor

The only Face mask needed for the real Pandemic this country is about to face.

Just be glad it can never find your picnic.

In recent years, Peter Parker has adopted various technologically enhanced costumes to increase his efficiency as Spider-Man. Tom Holland’s version of the character, in particular, is frequently depicted relying on technology and enhanced costumes designed by Tony Stark in his MCU appearances. This has become a point of controversy with some fans, who argue that Holland’s iteration of Peter is presented more as a sidekick or successor to Iron Man than his own independent hero.

However. Peter has a long history of wearing armored costumes in the comics, where his very first Spider-Armor had nothing to do with Tony Stark. Back in 1993’s Web of Spider-Man #100, a story called “Total War” by Terry Kavanagh, Alex Saviuk, Joe Rubinstein, Bob Sharen and Steve Dutro featured Peter designing a basic silver armored suit to give himself better protection in combat.

In “Total War,” Peter found himself in the midst of a conflict between Richard Fisk and the New Enforcers. The latter was a group of supervillains looking to kill Fisk to take over his father’s criminal empire. The team members featured in the issue were Dreadnaught, Super-Adaptoid, Vanisher, Dragon Man, Tangle, Thermite, Blitz, Eel, Plantman, Fixer, Mr. Fear, Mentallo and Madame Menace. To combat the large assortment of villains, Peter made a new silver, metallic Spider-Man suit. While it was more durable than his regular costumes, it sustained so much damage during the fight that it eventually broke completely during the fight. Although it lived on as a memorable alternate Spider-Man costume, this was the only appearance of the original Spider-Armor in the Marvel Universe.

Despite its rather anti-climactic debut, versions of the silver Spider-Armor have been featured in later comics and other media. It’s even available as a costume in several Spider-Man video games. But the armor is probably most recognizable to viewers of Spider-Man: The Animated Series from the 1990s, in which it appeared during a key storyline.

Decades before comics or film really dove into the idea of a “Spider-Verse” the show’s final two-part arc saw Peter Parker charged by Madame Web and the Beyonder with leading a team of Spider-people from different dimensions to prevent Spider-Carnage – a version of Peter corrupted by the Carnage symbiote – from destroying the entire multiverse. One of the Spider-Men on the team was a version of Peter who wore a much more powerful suit of silver Spider-Armor. This version of the costume functioned like an Iron Man suit and was equipped with a wide array of weapons and tools.

Additionally, the alternate Peter mentioned using a giant robot spider as a sidekick, eliciting a jealous and incredulous response from the main Peter. This alternate Peter also had a personality and life somewhat similar to Tony Stark. In his world, he was a wealthy industrialist whose identity as Spider-Man was publicly known. He was engaged to Gwen Stacy – who makes her only appearance in the series in the final episode – and his Uncle Ben was alive, making this reality somewhat similar to the one 616 Peter experienced in House of M.

Despite this appearance, the Spider-Armor remains somewhat obscure, but it could become more well known in the future, especially given Spider-Man’s penchant for armors and new costumes in the Marvel Cinematic Universe.

KEEP READING:Spider-Man: The MCU Needs To Stop Focusing On Mentors For Peter Parker

Scale skirt!
Roughly put on these scale maille skirt. They are surprisingly comfy and light for what they are. Sure stabs can still get by, but… fashion souls over practical needs at times 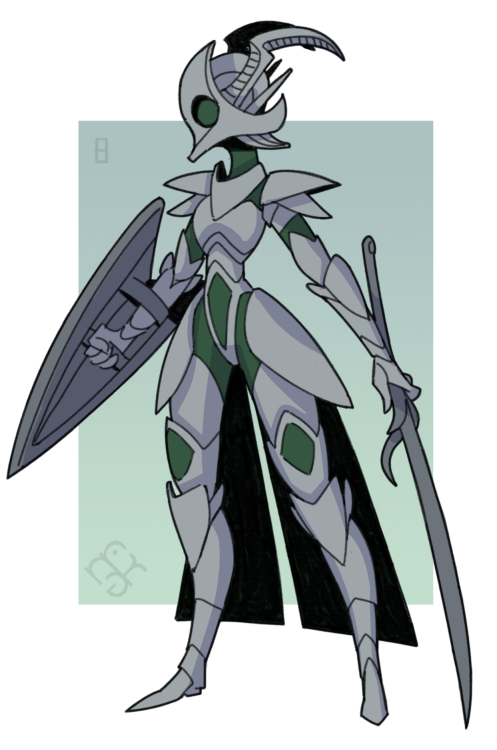 The knight with the strength of four thousand men 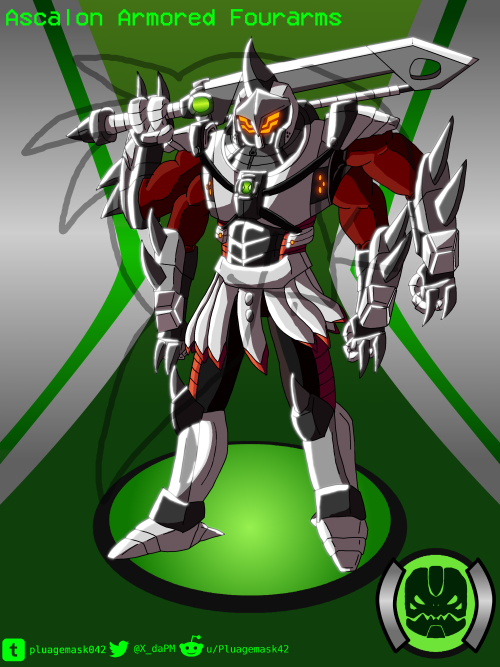 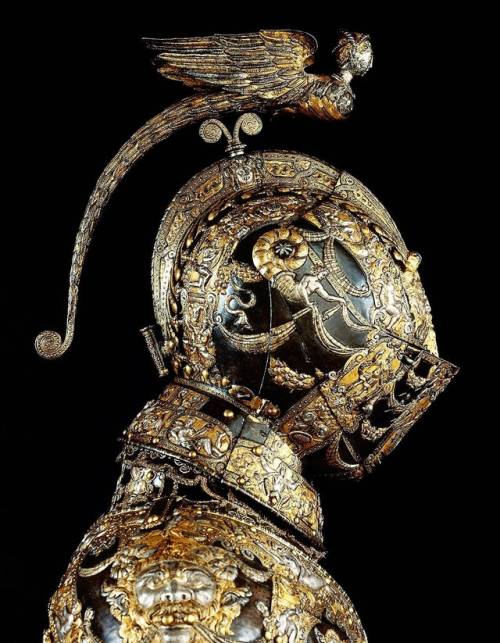 You can also read this on AO3.
.
.
.
.
.
.
For years, Allie was relegated to armor that was bound to Alliance regulations – what color it could be, what manufacturer was allowed, what mods she could use.  Now, she stood in front of a kiosk, no longer tied to what the Alliance said she could have.  The Illusive Man didn’t care if her armor was black, green, or had pink polka dots.  All he cared about was her having what she needed to stop the Collectors.

Now she stood at a kiosk, creating her own armor, not bound by anyone’s rules or regulations.  She grinned as she flitted through the different pieces, the different mods, the different manufacturers.  She could even see how it looked on her – before she even touched the kiosk, the merchant had her stand on a platform where a 3D image of her was uploaded into their system. Once she was satisfied with each piece, the menu flipped to the color options.

Allie’s eyes widened.  She never considered being able to own any armor that wasn’t some type of camouflage or OD green.  But here she was, her finger hovering over the button that would give her her heart’s desire – matte black armor with bright purple pinstriping and purple accents around the chest piece.  Purple was her favorite color, but she couldn’t find a shade for the entire outfit that didn’t seem overwhelming.  Besides, she didn’t want to stand out too much.  She thought about part of her military history lessons and the story of Marine Gunnery Sergeant Carlos Hathcock, one of the best snipers to ever serve in the military, and how the white feather he wore in his bush hat made him an incredibly noticeable target.

So, rather than stand out by wearing all purple, she went with the black and purple stripes.  After all, black was a basic color for a lot of armor and a lot of people wore it.  She’d be able to blend in better with that color.

Her finger hesitated over the ‘finalize order’ button.  It was going to be strange, wearing something she wanted.  Her years of military service made her reconsider – she was already in a lot of hot water with the Alliance and maybe sticking with the armor they approved of might, in some small and stupid way, help her reputation.

“You aren’t in the Alliance anymore, though,” she muttered under her breath.  “Hackett and Anderson both seem to have your back, so who cares?”

After a few more moments of hesitation, she wondered what Kaidan might think of her new armor.  Would he like it?  Would he even care?  Hell, for all she knew he thought she was still dead.  She needed to find him and get a message to him, but first things first…

“Well, the devil hates a coward,” she breathed, finally pressing the button to confirm her order.
When the delivery date flashed on the screen, her heart hammered in her chest and butterflies filled her stomach.  Her initial trepidation was quickly replaced by the excitement a kid feels when their birthday is just around the corner and they can’t wait to see what presents they get.  As she made her way back to the Normandy, she realized it almost was like a birthday present to herself.  Or maybe more like a 'welcome back from the dead’ present.
Either way, she couldn’t wait for it to show up. 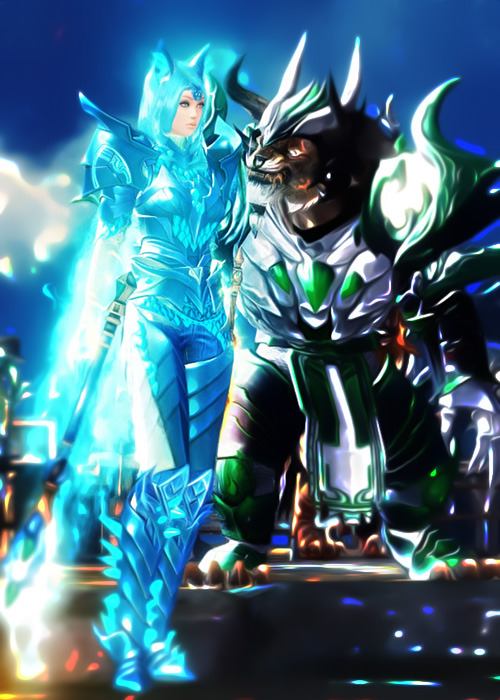 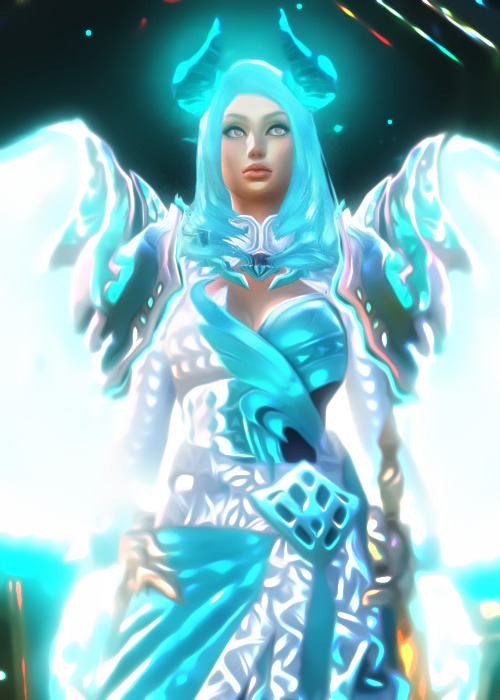 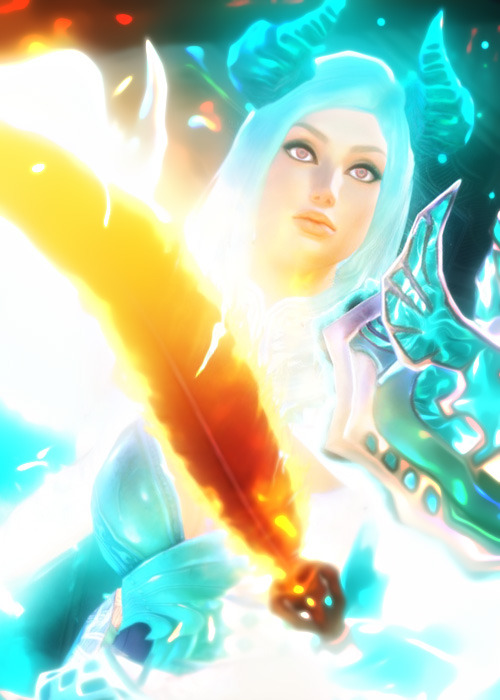 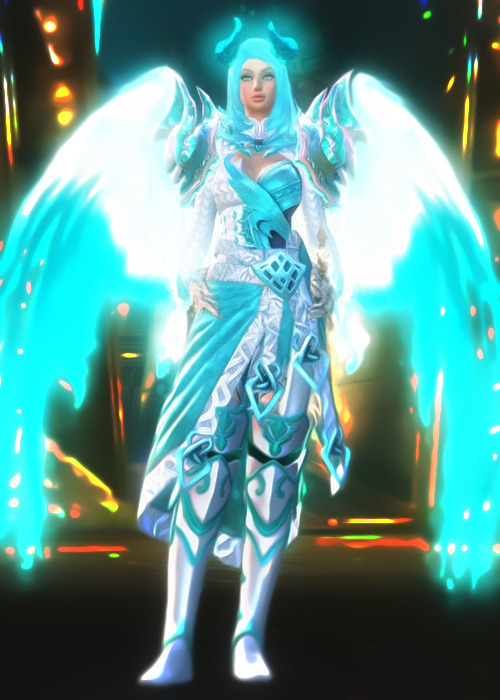 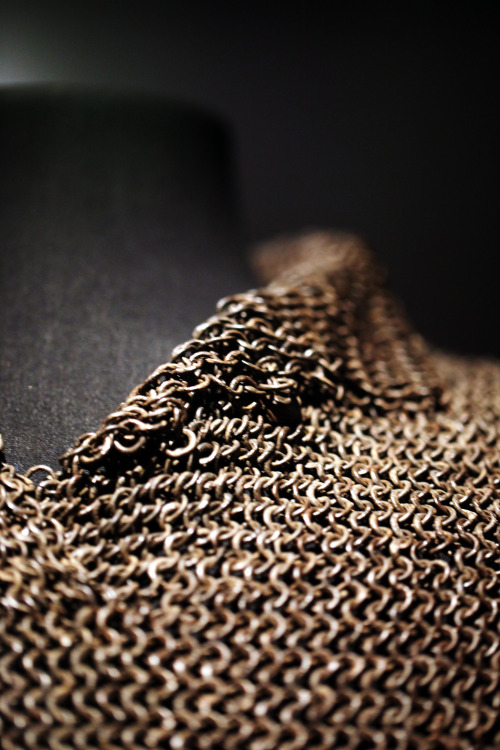 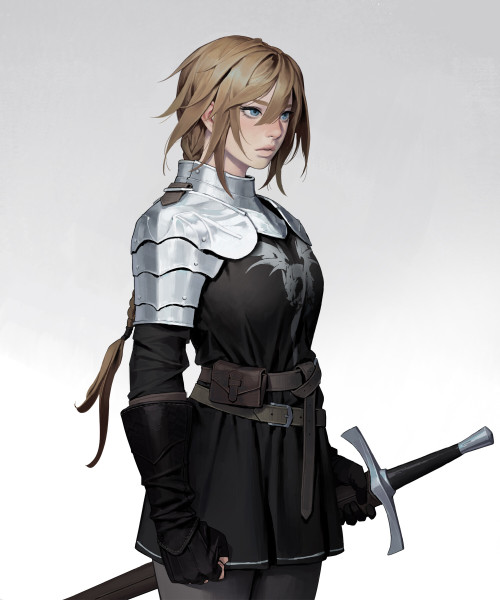 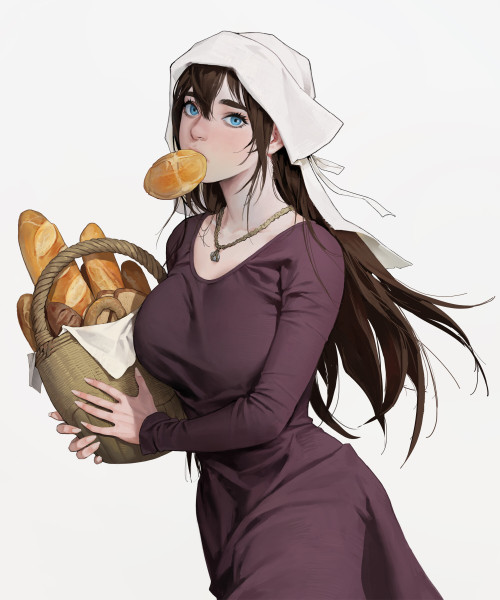 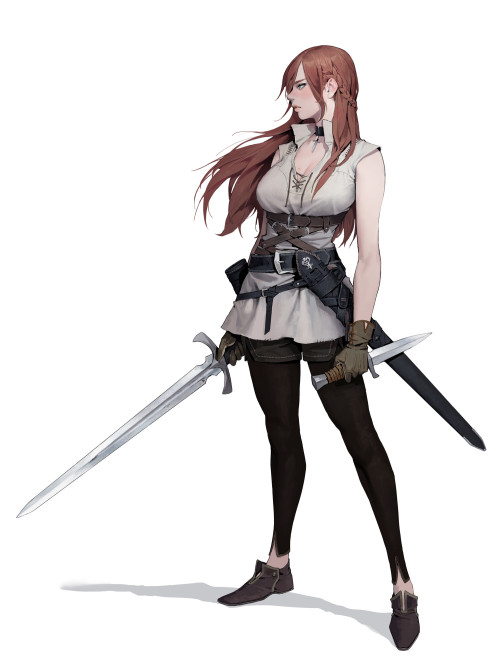 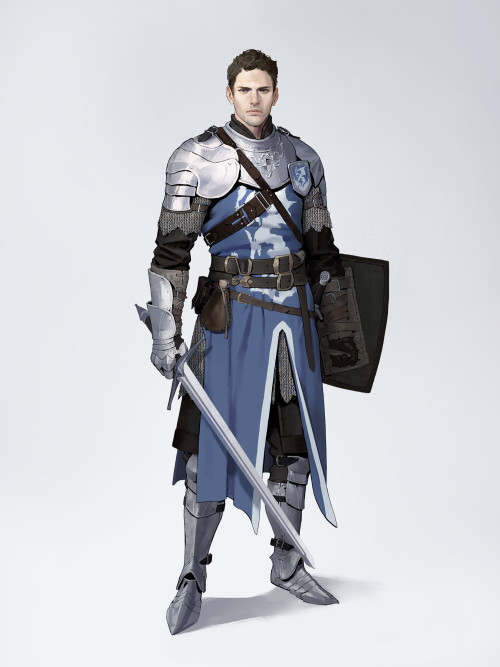 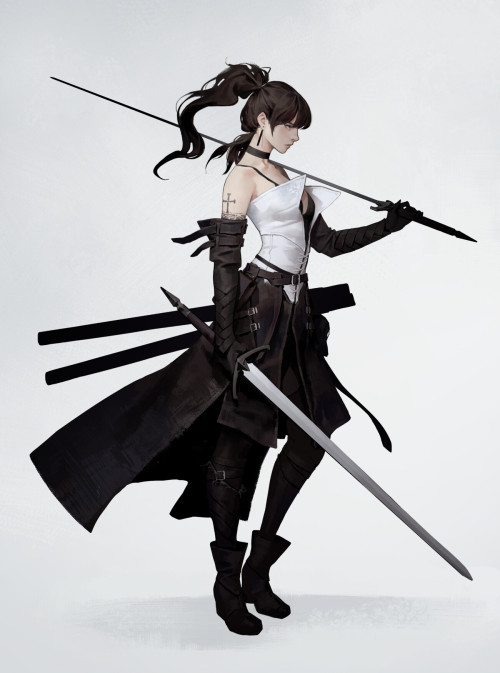 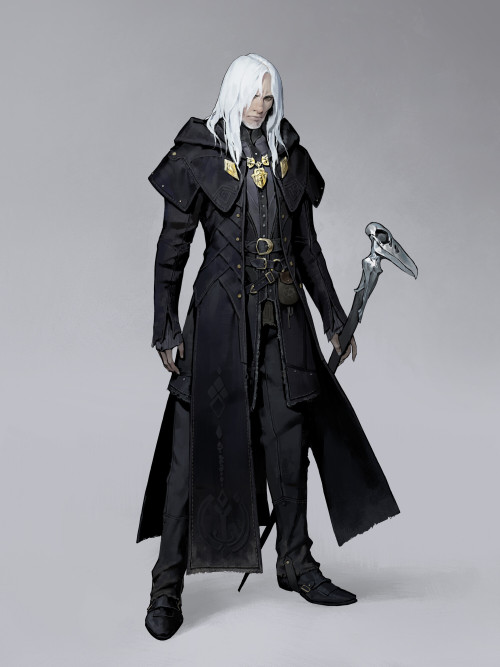 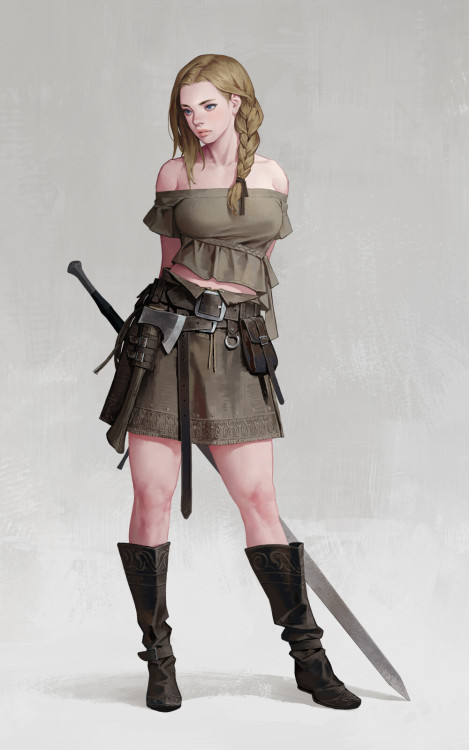 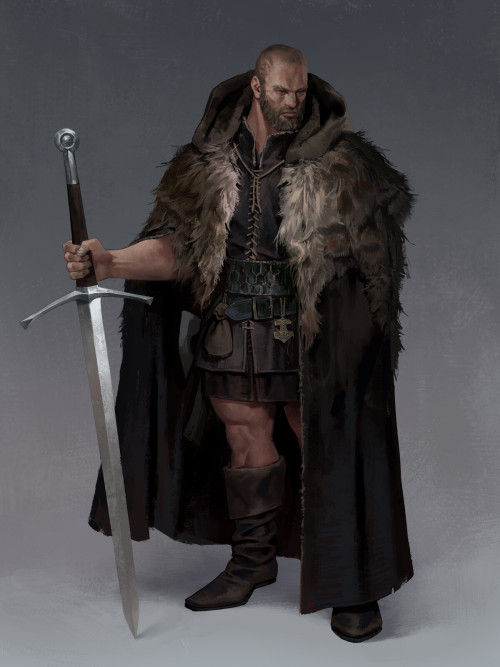 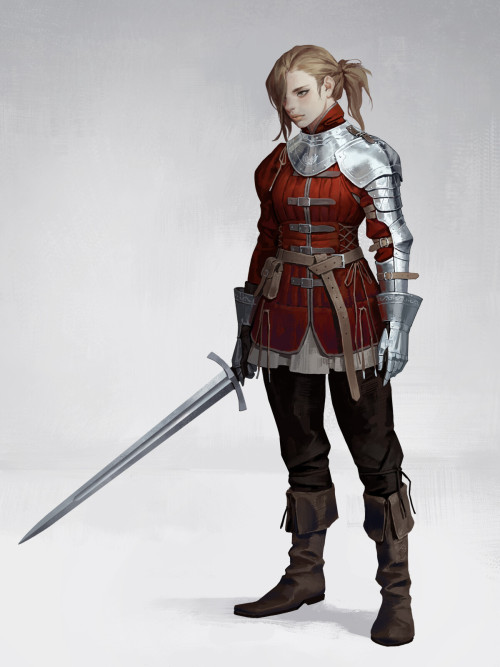 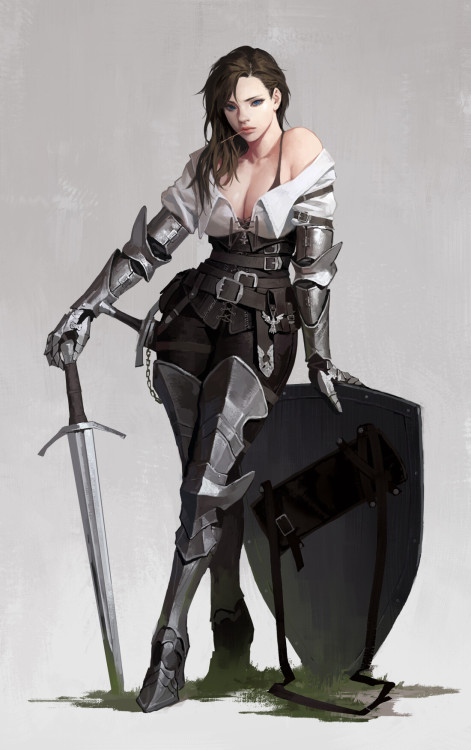 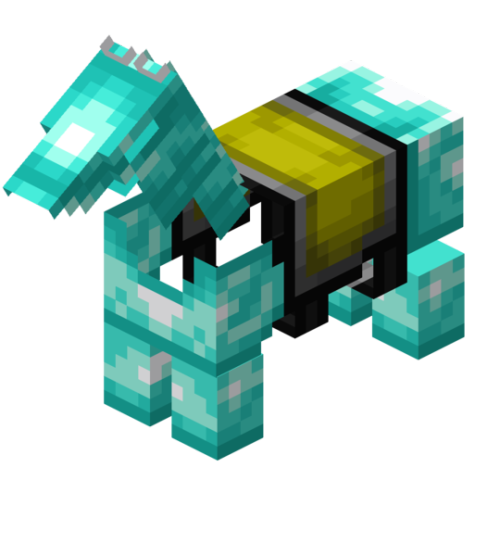 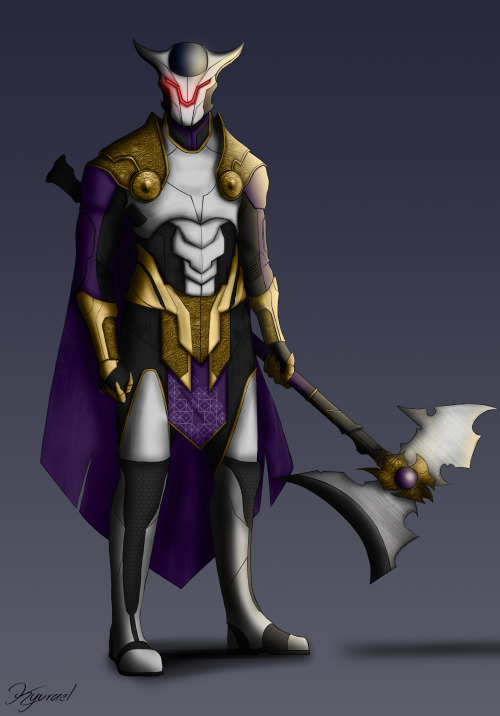 Paladin of Ymir by A.E. Coggon 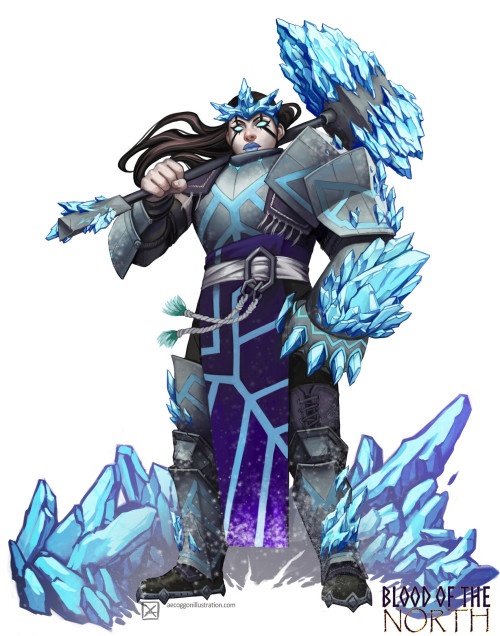 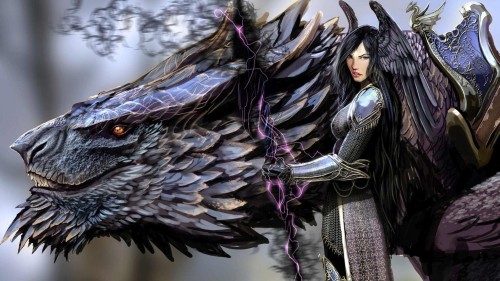