my in-class doodles have been getting more and more intricate 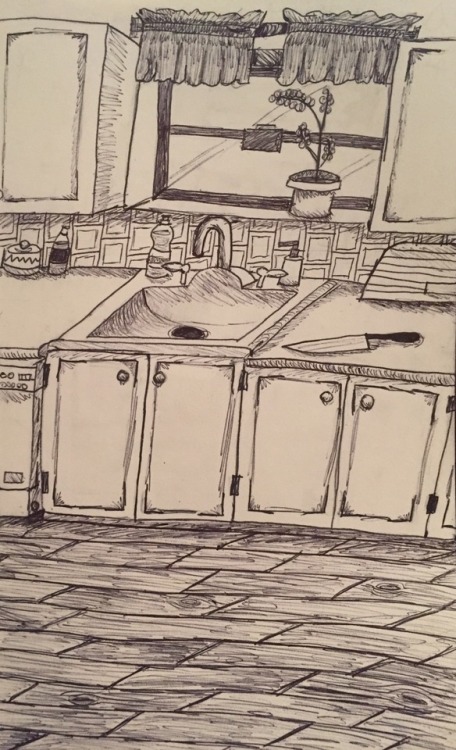 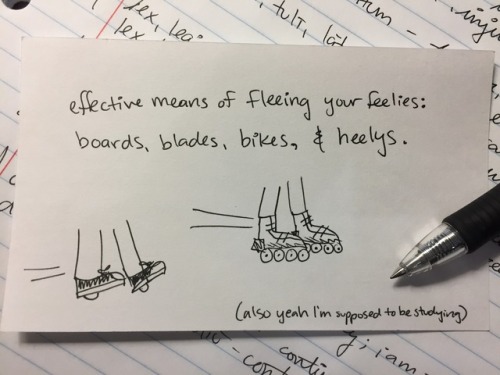 Hi, hello, this is my new make ugly shit outlet, and you’re welcome to come along for the ride even if you just want to ridicule my scribbles. <3 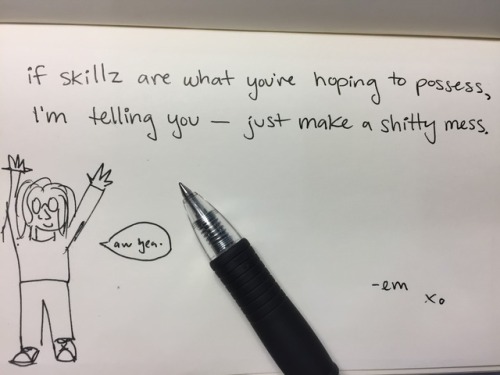 🤔🤔🤔 I only have two JoeNicky art here? These two (1, 2) one of which was an homage to Marwan’s family’s homeland of Tunisia, and the other showing Joe being the first to make the truce? I really want you to point out what gross Joe characterization I’m showing.

But sure I’ll stop posting JoeNicky art, not a problem whatsoever. 🤷‍♂️🤷‍♂️🤷‍♂️ I don’t even typically draw Nicky without Joe anyway so (because they’re one halves of each other), so no more TOG fanart here.

In response to your first question though: what of my discourse post indicates anything of such LOL please do tell me, I am actually really curious. And you’re right being POC doesn’t mean you can’t be racist… but it makes me curious, too when a lot of POCs expressed gratitude for my post and a lot of PMs too about it……so are you saying… all our of opinions are invalid? Gasp! Why do people say they’re defending the voices of POC then! LOOOL guess all brown muslim people that are saying that things they don’t see as a racist issue are racist! weird flex but okay anon 🤔🤔🤔

Was that too mean? I was holding back a lot– but I don’t think I can completely hide my emotions? But you know what, you came to me behind the shield of anonymity so if you don’t even have the GUTS to talk to me directly LOL, I don’t actually care too much if I sounded spiteful. 😂😂😂

on that note PSA: if you have concerns about people’s characterization… this is a good example of unconstructive criticism!

#seultalk, #lmao the irony when I finally felt some sort of ease that I wanted to start posting my joenicky art here 😂😂😂, #I'll tag this, #if anyone wants to block tag, #SORRY YALL, #the old guard discourse, #im a tired grad student and rather not deal with these kinds of things, #I need a better outlet for my art 🤔🤔🤔 guess twitter is good enough for now, #the old guard
22 notes · See All
likelyseadreamText
#draw, #sketchy art, #freedom, #outlet, #coffee, #coffee stained books au
1 notes · See All
mountaindepressionconfessionsText

I think the first post would be appropriate to talk about life. It’s something we all share. We all breath, live, and exist. We all strive to succeed in our own way. I think that we focus way to much on that. I know I do. I often think about where I am in life, and compare it to my hero, and also my friends and family around me. I’m very bad at looking at my family, and seeing then married, having children, and growing. Yet here I am, 24, and have but failed attempts at relationships and disappointments to show. So it brings the question out of me; what is success? That is the age old question. I like to think that I am somewhat successful. I may not have a husband, or children. But I do have a decent job. I have friends who care about me. And I have a family that does care about me. It just makes me want to strive for more.
Something else we don’t talk about enough is how we got here. I think in life, we are not given the best chances as we could from day one. To me, life is like a book or a tv show. And every year of life is a new chapter or season. So if we look at it as a tv show, the first couple seasons are kinda setting up for the main plot of the next season. Most people don’t get to choose where they came from. They don’t get to choose anything about them at first, because in the first few years of life, your parents choose everything for you. From what you eat to what you wear to bed. They chose where you live. When you sleep and when you have to be awake. I’ve always believed that everyone has a pre planed plot. Every good writer knows who the character will be the fan favorite, and who they need to win over with. They have a plot in their head. They know how they want the story to develop. Parents have the same mindset. When I was born, after the time spent in the ICU, and I was able to be held by my parents, my father did something. He put a football in my crib, and told me that football was going to be my life. Fast forward, I hate football and it was not my life. I think he was okay with that. But the point was that was his way of making his plot for me.
When I was younger, I knew I wanted to he an entertainer and help people. That could mean a lot of different things. Even now, that definition changes. Doing this is an outlet to let me vent and reach people who just wanna laugh and also be serious. My parents really don’t understand or support that. They don’t believe that it can actually be a job. It’s very sad because so many artistic kids are suppressed. They want to be themself and show the world their talents. If you are one of them reading this, I support you. Follow your passion. I am starting to do that now. It’s never too late.
This is a place for me to vent. Be funny. Be me. And I hope that once I get out there, people read this and laugh with me. Cry with me. And find themselves with me. :)

#drb, #risk.txt, #'ventsonas' I think they're called? yeah I've an idea of a version of yume like that so I don't hurt yume specifically, #vent art can be helpful but yume's too good to be put through that so I'll just. use a concept I had for awhile anyways, #for the record I'm fine at the moment I'm just like preparing for the next breakdown so I have a good outlet
3 notes · See All
prettysweetoceanPhoto i do enjoy my art class despite how much i hate practicing realism i recongize its lessons are essential in understanding how to make better art in my own styles. i will never be gustave dore but it will help my art be Me

#i kind of hate being around. uh. Art People bc im an artistic personality but i dont fully... know art history or technical terms for things, #and art isn’t bad ever. you can improve definitely and there’s layers but i think that view of Bad and Good art is why many ppl are afraid, #to pursue art . they view it as a skill instead of a fun outlet. it’s a human thing not a car race
4 notes · See All
emijottText

hindsight is something else, my dudes

CRIES THANK YOU SO MUCH I’m 🥺♥️!! I’m glad my bright colors and silly kinda style isn’t too off-putting in the clash with gothic lit 😭 I get emotional over the story but my art is like “let’s make it look like it came from a bouncy kids cartoon” LMAO I’m so happy you enjoy it though!! it really makes my day to hear that especially since I’m shy about sharing art for things i previously haven’t drawn before hfjfj so this means a lot 🥺💖 thank you !!!

#asks, #I'll probably be posting a lot more lmao 😭💞, #I'm fixated and my outlets are: 1) infodumping to my patient bf and 2) drawing, #so I'm super happy that u enjoy my arts for it!
8 notes · See All
laurenisnotfromaroundhereText
#edit, #emotions, #trippy, #trippyart, #digital art, #trippyedit, #angsty, #is it art tho, #is it real, #who am i, #weed, #lost, #life is strange, #no control, #nature, #questions, #random, #overwhelmed, #outlet, #lonely, #life, #light, #landscape, #broken mind, #maybe, #games, #gaming, #fakeittomakeit, #darkness, #aestehtic
6 notes · See All
everdrownText

Yall i am so bored. I used to chat so mich while i was at work (food service has some slow times during the day) about ocs and complaining about general things. I have no idea how to pass the day now. I used to doodle but my hands are still healing aaaaa

#im going a lil crazy????, #i need to find an outlet other then art and rp, #at least until my hands are ok, #and that may take months at least!
0 notes · See All
ngk-they-saidPhoto

But there doesn’t have to be a war! (a little Aziraphale sketch for Drawtober day 15) 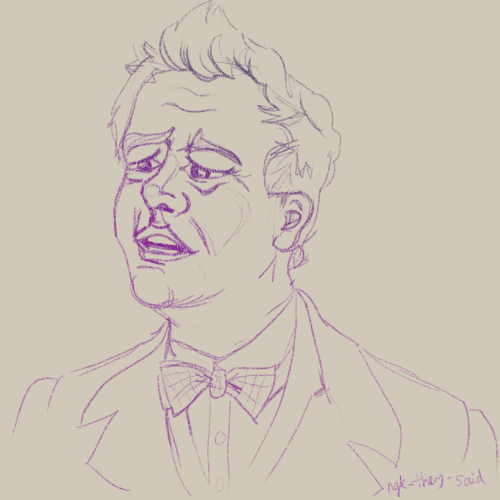 #let's use this tender angel's expressive face as an outlet for my own despair and frustration ok?, #ngk it's my art, #aziraphale, #good omens fanart, #good omens, #drawtober
28 notes · See All
ask-doctor-devorakText

hi everyone! uh, i know this is a weird post to make but i DO have a ko-fi and, while this blog will continue to be free for everyone to view forever & ever if i have my way with it… if you want to chuck some coin my way because you like my art that much that would be the place to do it!

(and if you do, hello, please contact me because i would be more than happy to draw you a thing that is *not* tumbo approved for it)

if you can’t, that’s TOTALLY OKAY - me and julian still love you very much <3

#ooc post, #mod cherry, #ask-doctor-devorak, #i have had a ko-fi, #for a while now, #but i wasn't sure if it was okay to put here, #since i want this to be free for people!!, #i love making art, #and this gives me an outlet from normal things, #okay this is all just rambling i'm so sorry
7 notes · See All
spiffy-stephieText

#spiffyspeaks, #i cant believe i've been able to keep up with the mobtober prompts, #i've been having such a good time creating art once again!, #it's been forever since i've drawn stuff, #and people are so nice ;u;, #this mobtober event has given me a creative outlet when i really needed it, #currently i work at a school and i am also working on getting my 4 year teaching license so my life revolves around school basically lol, #drawing has been my saving grace rn haha
4 notes · See All
chiapet23Text

“Romance is an art form, and my brush strokes are half hearted.”

#bakewell banter, #poemer and paramour, #soft... intimate... he'd relish the opportunity to discover another outlet for his creativity too, #I do nail art for him...
2 notes · See All
galacticghoulcreationsText

I just wanted to share 4 of the Rolling Tray molds we have on its way!!!! Please STAY TUNED for what we have coming up I promise you it’s going to be so exciting!!! Also keep a watch for special promotions and discounts we will be doing!!! Thank you all for being here!!!

this is the price you pay for loss of control

#i’m still alive, #follow me on insta @entheogenetic, #gonna try to get back into using this tho, #need some kinda outlet, #i think everyone that follows me might actually be dead, #but that’s cool, #MY LIFE IS SO DIFFERENT NoW l o l, #if y’all can see this what’s up, #me, #brand new, #life, #music, #art, #psychedelics, #weed, #hi
6 notes · See All
Next Page