Unpopular opinion - bad people can still be talented. Just because you don’t like someone doesn’t mean everything they do is bad. This is why there’s such a massive debate around the question of ‘can we separate the art from the artist?’. If only the answer was a simple one, but it’s not.

For me, there is a piece of the artist in their work - there always is. But there is so much room for interpretation too, so there’s also a piece of you in their work. Now, add all our complex emotions to the mix, who we share the art with, what the art makes us feel, what place we were in when we first came across the art - it all impacts how that art reaches us. So now, in this piece of work we have the art, the artist, you and the world around you.

Now, what - in my opinion - indicates if you can separate the art from the artist is depending on what the artist did/who they are and how it can translate into the work. If there is a strong relationship between the two (usually when the artist has created it for themselves) or not (usually when the artist has done so for the audience or to develop their craft). If the two share a strong relationship, say it is a song about [trigger warning, sexual assault and pedophilia because I couldn’t think of a better example] young women. Then it’s revealed that the artist was involved in a grooming/pedophilia case, this would count as a CLOSE relationship between the two. Now, add the personal standing on the issue of the consumer of the art and people around them, it’ll likely strengthen or weaken the relationship. THIS is when people would most likely have an issue separating the art from the artist.

There’s also another point and that’s if you even know about the artist in the first place. If you don’t know, it won’t impact it [even if objectively speaking there is a close relationship between the art and the artist like I said above] because you can’t actively make the connections which would taint your experience of the art [or moral standing]. This is probably why we often here people advise 'don’t meet your idols’ because you only know them from a distance, you don’t really KNOW THEM exactly. You see them through the art and yourself, not vice versa. 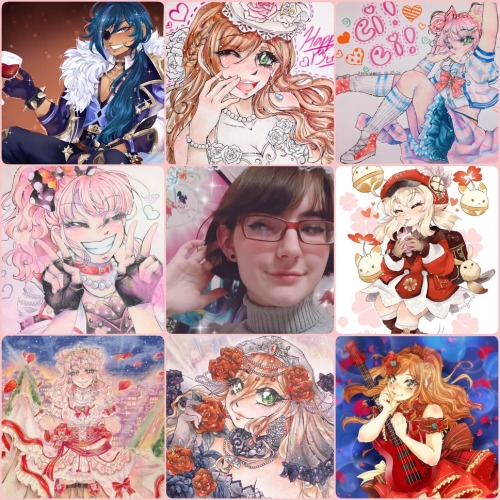 Meet the Artist 2021~ I’m really awkward when it comes to describing/drawing myself, but I did it 💜

I’m mostly on Tumblr for the content and to have another place to post my art, but I’d like to be more interactive and outgoing this year. There’s a lot of really neat people with similar interests to mine that I’d love to talk to eventually.

art vs artist? in THIS economy? I guess I’ll start off this blog with my latest art vs. artist! These were some of my favorite things that I made in 2020 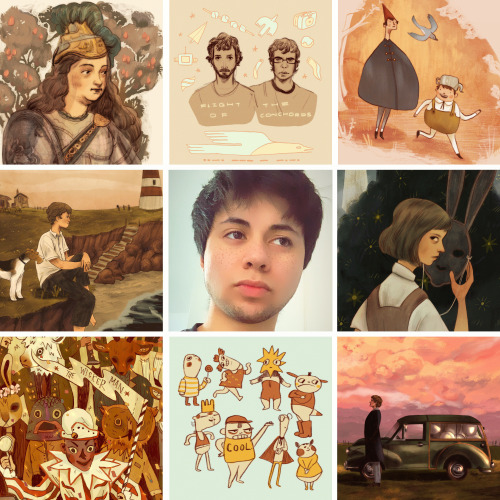 fav drawing from each month 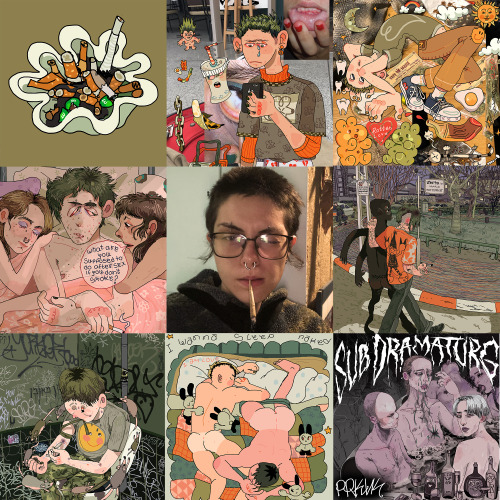 its an art vs artist with my personas and comfort ocs from 2020 ;D 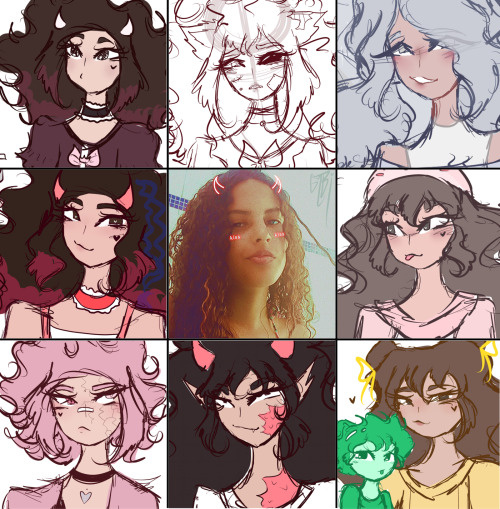 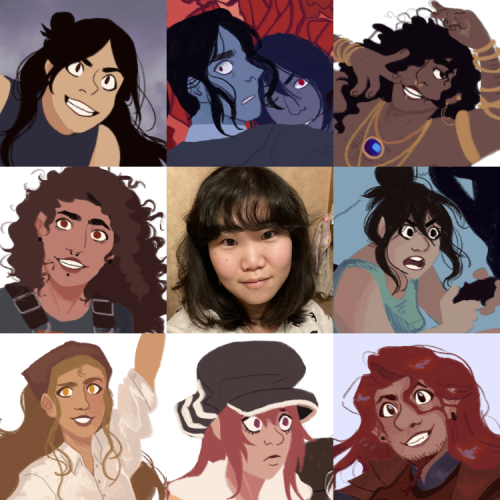 I’m Maddie! I’m one of two best friends that makes art and sells it on our etsy store, Whimsical Aesthetics. I run this blog and our instagram, whimsical-aesthetics-official, for the shop. I love painting, drawing, and sculpting. My dream is to make selling my art a full time gig. Currently I work as an organic farmer and I get a lot of inspiration for my art from working on the farm.

We started this shop in February of 2020 with the dream to make amazing art, have booths at craft shows and conventions, make connections with awesome customers and other artist, and just have fun. When covid hit, it postponed selling at conventions and craft shows, but I still think we had a good first year all and all. I have gotten to connect with so many amazing artist online who have given me pointers and advice on my small businesses. I am so filled with gratitude and am looking forward to a better year in 2021!

I was gonna post this before you know uhhh 2021 hit XD sighhh I totally forgot 😅 but anyways, horrible memory aside, have my 2020 art vs artist :D 💕

#some of the arts I’m very happy with! :3#but honestly I’m very happy with all of the art ive put out this year#wellll last year xD BUT STILL!#it’s a lot and I really hope this year I can get out as much(or more) as I got out in 2020#and I hope to do more traditional arts as well :3#art vs artist#my art#the oldest one on here is the Leon holding the eye one#I’d like to redo that actually#at some point 🤔#actually I wanna redo this one Nivannedy one I did#that’s like a sleep morning kiss I’d like to color it better and draw Leon better too#I’m still very happy with it tho XD it was just too big to fit on here#what to tag this as??? 😅 I do not knoooow!!#for some reason I thought we were already about... 6 days into the new year oh boy..
35 notes
my-lovely-sketches
Photo

This year has been crazy for all, I was upset at first when I thought I couldn’t do an end of year art recap…but I saw others doing the art vs artist and was happy I could at least fill these 8 spaces! ^^

Wishing you all a Happy New Year, and that I am able to finish these projects I been holding onto (especially to all those who I haven’t finished the drawings for)~~~Big hugs to you all! ⊂(・▽・⊂) 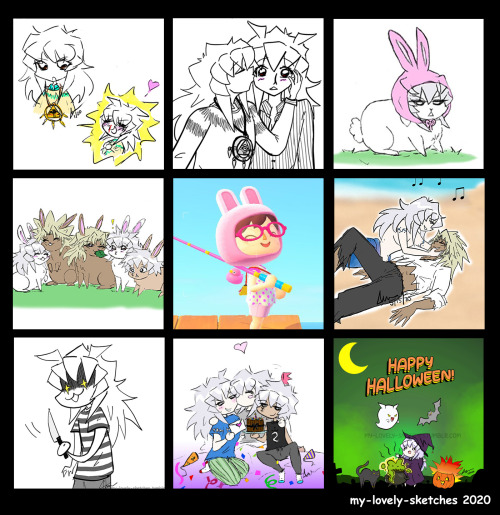 I hope this year gets better than 2020 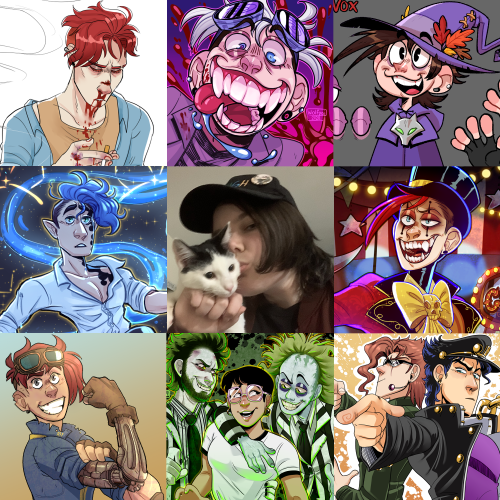 Updated “Art vs. Artist” thing.  I’d been wanting to do another one for a while, but I never seem to draw as much as I want to. I chose some drawings from both 2020 and 2019.  I like blue and yellow a lot, but I worry that I may get caught up using the same colors too often. 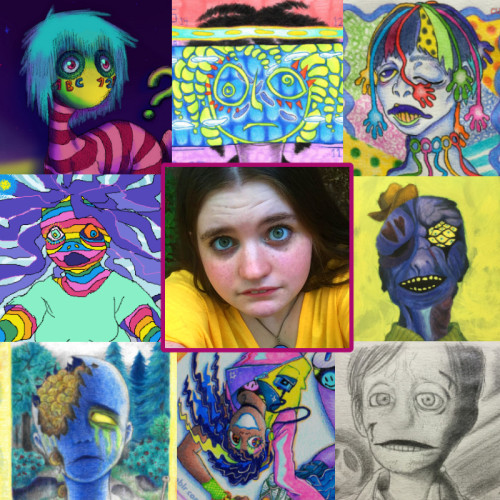 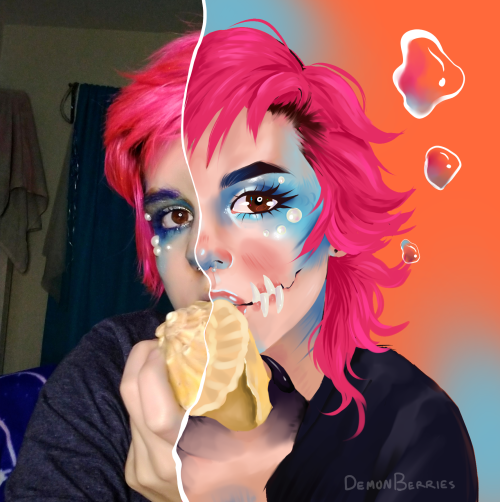 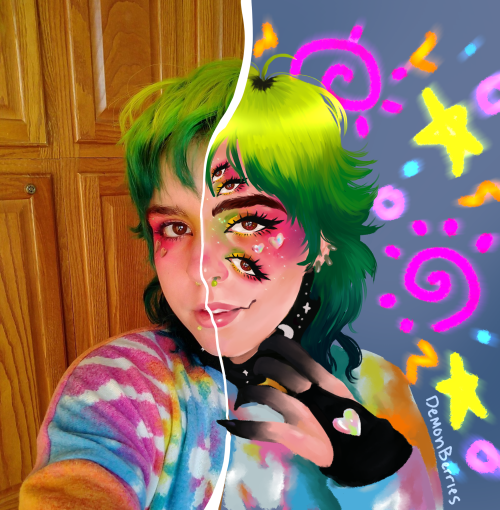