Claude Bauret Allard is a Postwar & Contemporary artist. Claude Bauret Allard’s work has been offered at auction multiple times, with realized prices ranging from $225 USD to $717 USD, depending on the size and medium of the artwork. Since 2006 the record price for this artist at auction is $717 USD for Untitled (Shadow), sold at Bonhams Los Angeles in 2006. In MutualArt’s artist press archive, Claude Bauret Allard is featured in French Court Orders Jeff Koons and Center Pompidou to Pay $46,000 Fine for “Counterfeit” Work, a piece from the ARTFORUM in 2017. 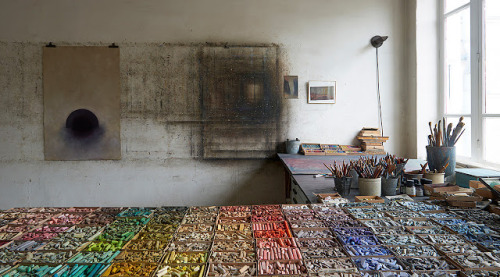 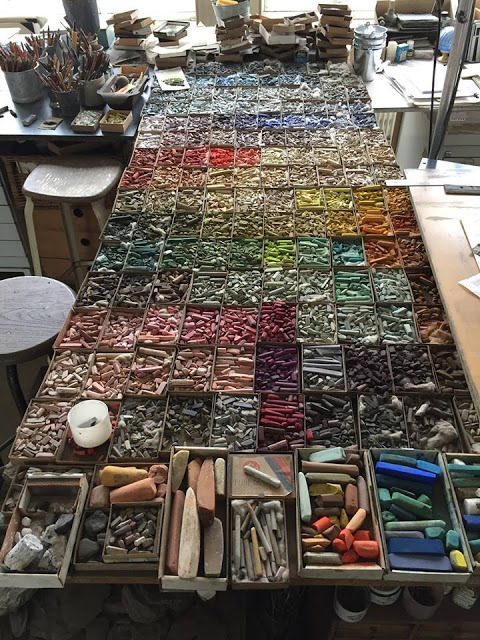 A David Hockney painting titled “The Splash,” a modern masterpiece that holds a spot among the 20th century’s most iconic pop art images, sold for more than £23.1 million ($29.8 million) at an auction in London on Tuesday evening.

According to Sotheby’s, the auction house behind the sale, it is the third-highest price ever paid for a work by the 82-year-old British painter, who was briefly the world’s most expensive living artist.
The painting depicts a sun-drenched California swimming pool, where an unseen person has just dived in, creating a splash. It is part of a series of three works, all painted in Los Angeles between 1966 and 1967, that are all similar in composition but different in size.

The largest, “A Bigger Splash,” measures 96 by 95 inches and has been part of the collection at London’s Tate Britain gallery since 1981. The smallest, “A Little Splash” is in a private collection. The version sold by Sotheby’s on Tuesday, simply titled “The Splash,” sits in the middle at 72 by 72 inches.

In a press release announcing the sale, the auction house described the painting as “a quintessential example of Hockney’s lifelong fascination with the texture, appearance and depth of water – a fascination which culminated in one of the most celebrated and instantly recognizable bodies of work in 20th century art.”

This isn’t the first time Sotheby’s has put “The Splash” under the hammer. It previously sold in 2006 for £2.9 million (then $5.4 million), setting a record for the artist at the time.

Hockney’s work has since enjoyed extraordinary success at auction. In 2018, “Portrait of an Artist (Pool with Two Figures)” sold for $90.3 million, then the highest ever auction sale for a living artist (it was surpassed in 2019 by a Jeff Koons sculpture that sold for $91 million). In 2019, his 1969 double portrait “Henry Geldzahler and Christopher Scott” went for $49.5 million at Christie’s, while 1971’s “Sur la Terrasse” fetched $29.5 million, also at Christie’s.

“I loved the idea of painting this thing that lasts for two seconds,” Hockney said of the “The Splash” in 1976.

“It takes me two weeks to paint this event that lasts for two seconds. Everyone knows a splash can’t be frozen in time, so when you see it like that in a painting it’s even more striking than in a photograph.” 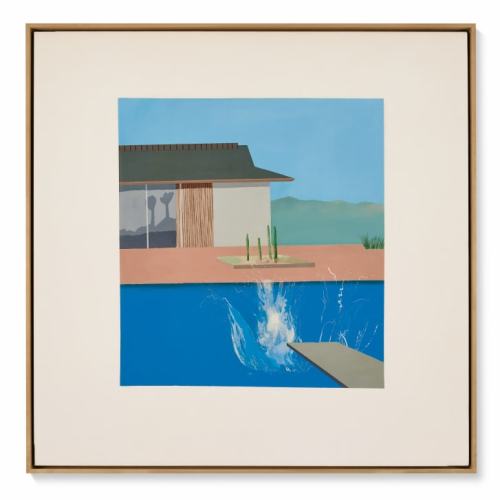 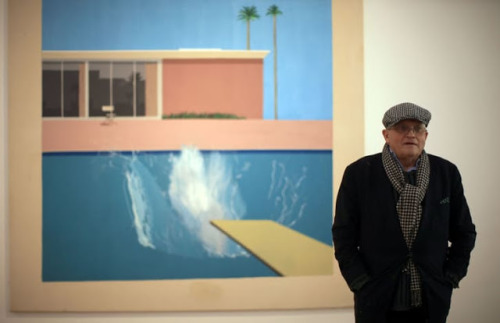 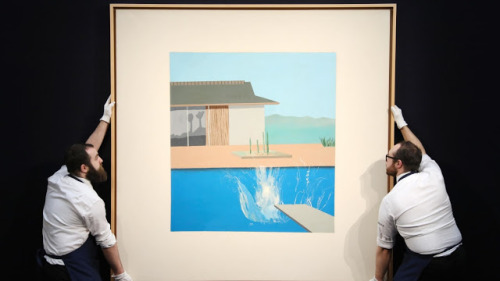 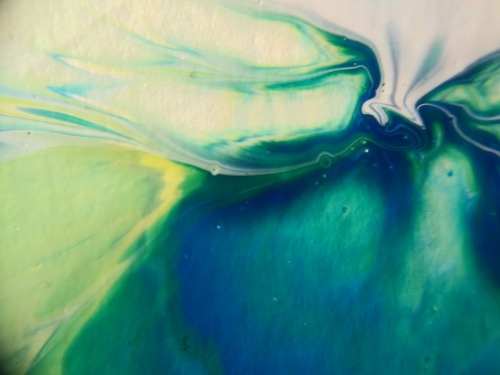 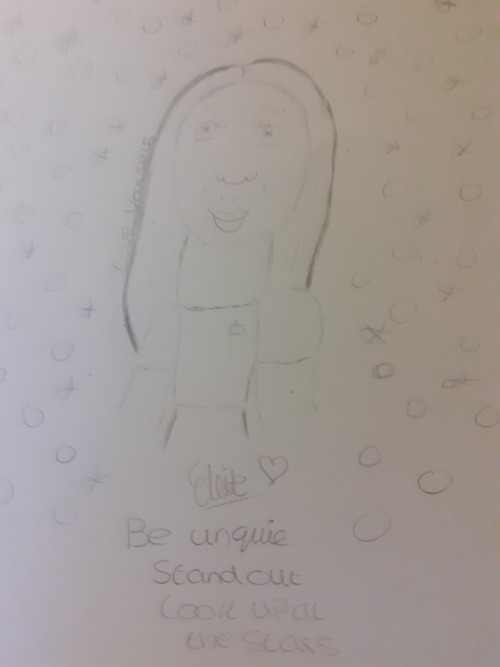 Poster 24x24 is in stock. We will print it as soon as you order it.

4 products with this design

Poster 24x24 is in stock. We will print it as soon as you order it.

32 products with this design

The Artist (AVAILABLE) … one of the great contemporary Japanese realist artist

Oil on canvas on board

Painted hand printed onto acetates, ready to take into the darkroom for further experimentation!

The purple opening sequence. I wanted to paint every area of my had that could be seen from one angle, this is to represent that people often look upon a person or a situation from one place, but when you look deeper and past that one view point, you begin to see more. Therefore I photographed my hand opening up from that position and the from different angles once open.

Doodles of Bhai, a scrapped NPC I’d developed for a scrapped session of a Table Top RPG, Covenant.

They were essentially a sentient insect who had themselves shelled like a crab and dumped into a small mechanical suit.

They would’ve provided hacking, repairs, and technological devices of considerable worth - but it would’ve all been high visibility because they were a somewhat famous digital personality.

The idea behind the character was that they were high-end tech support, but you lost all privacy and stealth while dealing with them. Similarly, if you damaged their following or connections, they would stop working with you. 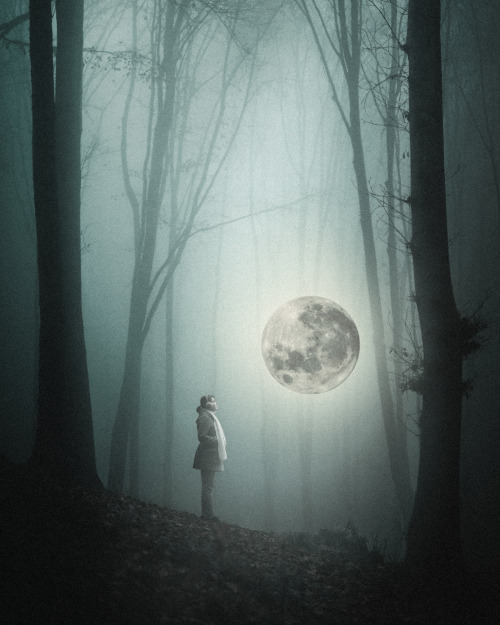 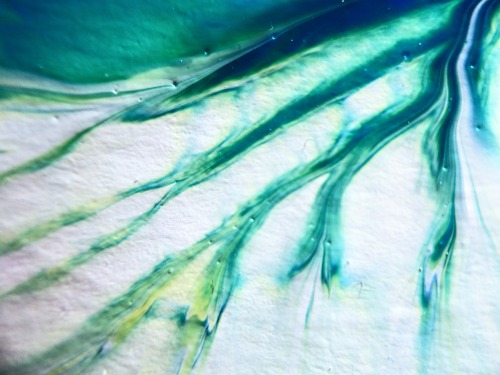 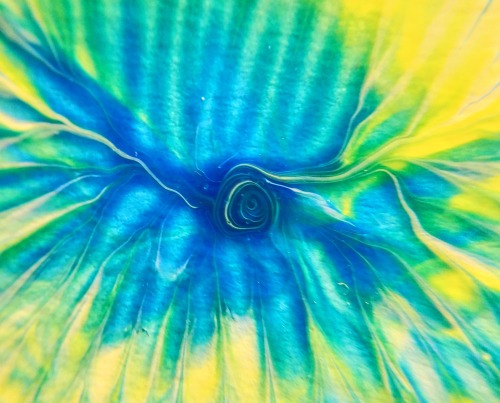 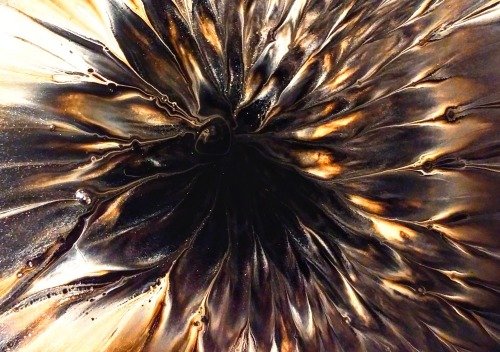 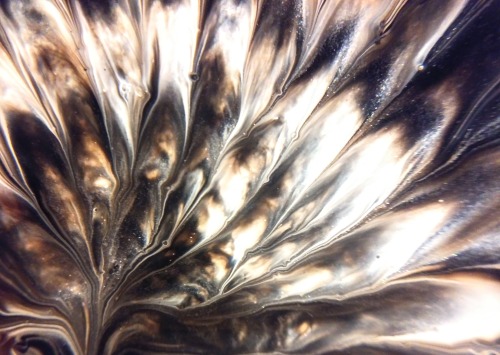 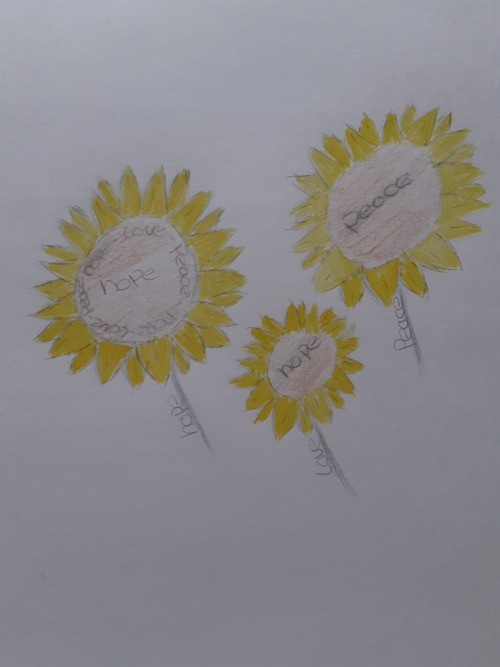 When I was cropping the previous image, I accidentally viewed these photographs with a black and white filter. This then gave me the idea to try adding a filter to these photographs, and I am amazed by the results! I feel this has give these photographs more of a sinister vibe. It also makes me think of 35mm / darkroom photography - which is something I believe would greatly enhance my work.