Fowl fam, send your Holly energy my way please. I’ve had my sixty seconds of crying (rather more, to be honest), I’ve had my little breakdown, now I gotta pull myself together and get on with things.

#artemis fowl#holly short#divorce
14 notes
fandomlife-confessions
Text
#Book adaptations#aniti artemis fowl movie#Artemis Fowl#Anti Eragon movie#Eragon#fandom life confessions#(chose that movie to have an example of adaptation being better than the book due to the girl apparently being 10 or so in the book??)#(haven't read it as it isn't something we have to read in school where I live)
22 notes
moths---wings
Conversation
Holly
THE FUCK DID YOU DO THIS TIME?!!
Artemis
I didn't do anything!!!
#artemis fowl#holly short
12 notes
orangerosebush
Link
À droit, À gauche - Chapter 1 - mentosmorii - Artemis Fowl - Eoin Colfer [Archive of Our Own]
https://archiveofourown.org/works/28887180
#Artemis fowl#my writing#my trash‚ please take it </3
33 notes
coffeefartsohyeah
Photo

Get out of my head.

Here, have a Angst™ Artemis and Orion

(Yo! I’m also @coffeefartsyeah. If you noticed why did I have new blog, the explanation can be seen here.) 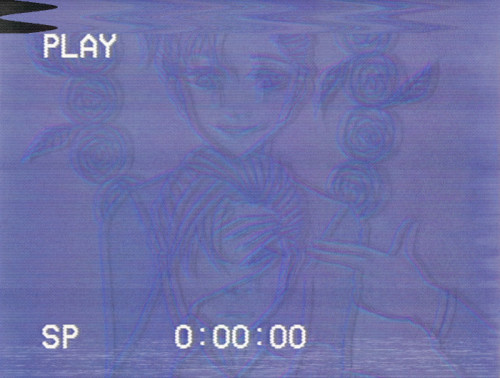 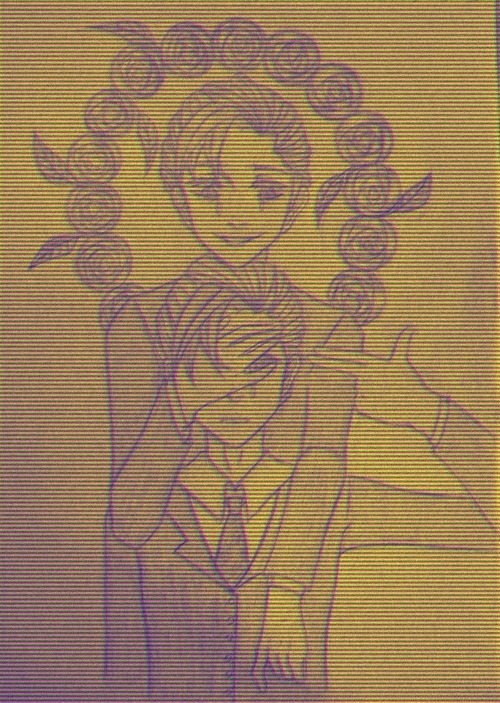 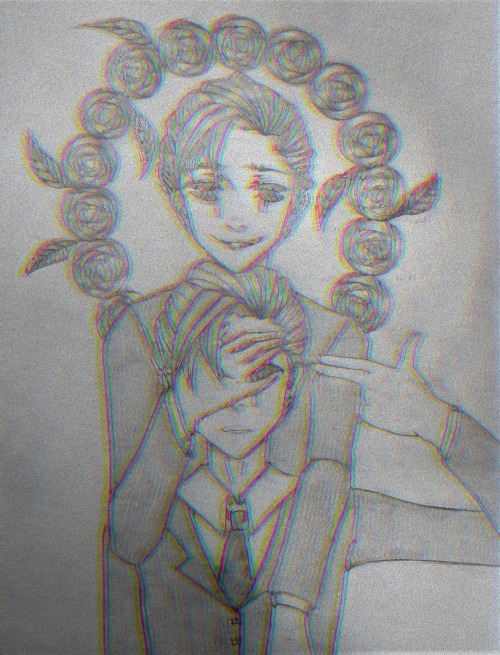 Alphonse vibes are off today Artemis isn’t feeling it 😔👊👊

Holly is a scp and Artemis break in the foundation to get her powers.

Oh I love this ask. (Apologies for how long it took to answer- it’s been a busy day!)

So, to start- as you can probably tell from my most recent fic, I imagine Artemis has a… tense relationship with his birthday, due to his parents’ neglect and alcohol consumption. Most likely, by the time he and Alex are close, Artemis is hardly celebrating at all, save for small celebrations with the Butlers- and even then, he likely forces his smile. It’s just a bitter, bitter day for him.

Alex, of course, doesn’t want Artemis to loathe his own birthday, but doesn’t want to force Artemis to relive something painful just for the sake of a fun celebration- so Artemis’s birthday is celebrated simply and quietly. More often than not, a simple evening at home with some nice food (I like to think Alex can cook well when he wants to), something fun to watch, the two just enjoying being together. Alex isn’t much of a gift giver, but he knows how much Artemis likes jewelry, so he’ll find him something nice- he’s responsible for most of Artemis’s jewelry, actually.

As for Alex’s birthday, more often than not, Artemis tries to take Alex somewhere fun- they’ve been to several musicals, various tourist destinations worldwide- on one notable instance, they went to Haven for a production of Artemis Fowl. He just doesn’t really know how not to celebrate big, save for not celebrating at all.

However, unlike Alex, Artemis’s talent lies in gift-giving- or in this case, making gifts. He loves to gift things- after a childhood spent learning the art of taking, Artemis devoted his time to master the art of giving instead. He’s learned some goldsmithing in order to make jewelry, though Alex’s favorite gift by far is a personalized music box, small enough to fit in one hand, that Artemis crafted for him. It plays one of his own compositions- Alex takes it with him sometimes, if he’ll be gone for a while, because it reminds him of Artemis.

(Also, taking this headcanon from @pokegeek151 : Alex does find out about Artemis’s habit of drinking alone on his birthday, and he does his best to put a stop to it, because he knows Artemis deserved better then and he deserves better now.)

As of this moment, I don’t!

I plan on making one soon, though (if I want to write that Royalty AU fic, I have no other option, tbh). I’m just waiting until I’m a little less busy so I can get it organized nicely.

That’s really sweet of you, though- I really love what you wrote! Your writing is so nice!

This is about as obscure as it gets, but I still find it hilarious that all four of Artemis’s first year teachers almost instantly knew that this kid was beyond their teaching and were just like, “yeah you can go to the library during class”, or “I see no problem with him trying to create a time machine during class because, quite frankly, he’ll probably succeed”. I assume this was the only way to avoid Artemis’s wrath- a smart move, tbh.

#I would have said minerva or no.1 but at this point I would hardly call them obscure by fandom standards#artemis fowl#asks
22 notes
the-butler-siblings
Text

Child: ‘I’m experiencing Symptoms so I think I have Disorder’

Parent (who experiences those same exact Symptoms and that exact Disorder): ‘no you don’t those are normal things that everyone does’

yeah idk how because my brain is tired but I feel like this could apply to Artemis and Angeline… i might be completely wrong but I’m just. Thinking. (ok I ended up writing a lot more than I thought I was going to)

- Thinking about mental health being an obviously uncomfortable topic in the Fowl family (Angeline sent Artemis to a psychiatrist but I get the vibes that she thought that would make his mental health someone else’s responsibility),

- and how if a parent isn’t willing to talk about their own experience with mental illness their kid is probably gonna feel like they’re all alone in their struggle and like something’s wrong with them for having that struggle in the first place,

- and how Artemis was probably genetically predisposed to experiencing mental illness like the atlantis complex, and even if he isn’t,

- if Angeline had taken some time to talk to him about her mental health problems and expressed regret that she hadn’t sought more robust psychiatric treatment, he might have been more open to seeking treatment for himself before his symptoms got worse

Yeah idk I might be completely wrong but I just. Have a lot of thoughts about Angeline Fowl. And wow this really was just a stream of consciousness, and didn’t actually connect to the first bit, but uh. Feel free to add on if you want lol

#artemis fowl#angeline fowl#essays#kind of?#the atlantis complex#book 1#idk it’s hard to judge how much treatment she got in book 1#it mentions physicians who prescribed ‘rest and sleeping pills’#and ok so she wasn’t suicidal and being bedridden didn’t affect her income so maybe her state wasn’t as alarming as it could have been#but I have to imagine that such a wealthy woman could have access to better treatment than That
26 notes
lizardthirty
Photo

hi fowldom. I considered putting this guy on the main post I made a week ago, you know, the one about ocs, but then again, I think this funky little guy deserves to be in the main tag. Cool and fun info about him is under the cut. 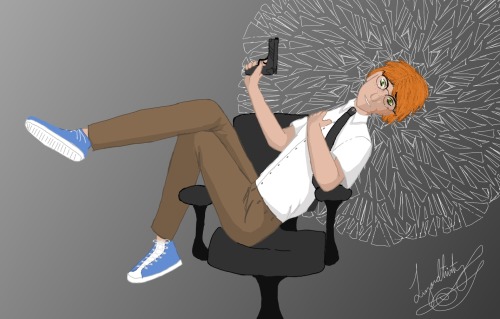 Okay so- as far as I’m aware, there are not many, and I’ve only read three so far (all fantastic)- I’ll list the three I’ve read, just in case you haven’t read them:

Dead Man’s Party by @thealphaaxolotl : This is the one that got me hooked on Alexmis and frankly, I regret nothing. Strong plot, love the action, and I love the quiet moments of calm the two share between points of chaos.

Bridges by @a-c-u-l-o-s : A fantastic fic in every regard, I love Alex and Artemis’s banter. Alex slowly trying to chip away at Artemis’s cold demeanor is equal parts hilarious and admirable. A great read that I can’t wait to finish.

London’s Burning by @mentosmorii : Charming and fun- this one made me smile. Who doesn’t love a good art heist?

I am also aware of another fic by @mentosmorii called I have loved the stars too fondly , though I haven’t read this one yet- I’ll link it anyways, as anything by Zoe is bound to be good.

As for myself, I haven’t written any fic for them- yet. I want to, and I plan to very soon, if I can come up with some ideas.

@fowlblue This is your fault (based on this)

Artemis did not have a good track record when it came to birthdays. His parents had always cared more about them than he did, and the combination of time skipping, cloning, and the monotony of encroaching adulthood made keeping track of his birthdays a tedious process. He had a tradition to uphold, though, which was how he ended up sprawled in an armchair in his flat, just over halfway through a bottle of expensive red wine as the clock inched towards four in the morning on September 1st.

Holly, spending her contractual 8 hours a year actually in the office before slinking off to get into more save-the-world Shenanigans:

#she's like 'my god. i know none of you people outside of foaly; the kelps; and lillian frond. i need to get out of here and disarm a nuclear#bomb or something this is simply too awkward for 8 am#artemis fowl#holly short
119 notes
iesnoth
Text

I used a fashionable grandma for Artemis’s pose. I think it fits. But I may have strayed to newsie.

I’m not sure- I haven’t heard of that series before. My experience with the horror genre is pretty limited, I’m afraid.

A crossover between AF and any survival horror game would be pretty interesting, though!

#sorry I couldn’t be of more help#artemis fowl#artemis fowl ii#asks
8 notes
quoteboard2014-now
Quote
<div> —  The Opal Deception, Eoin Colfer </div><span>I didn’t trust Fowl when he was alive, and I definitely don’t trust him now that he’s dead.</span>
#artemis fowl#commander root quote I believe#eoin colfer#AF#books#kids books
4 notes
moths---wings
Conversation
Holly
Could you please not Artemis this into a worse situation than it already is?
Artemis
Hold on, did you just use my name as a verb?
#artemis fowl#holly short
16 notes
maybebrilliant
Text

I know, multifandom much?!

I have a LOT, although I will post mostly AoS shit. Up to know I’ve put them all up in my bio, but I’ve decided only to do the top, say, three, otherwise it just gets too long. However, I’m putting it all here, so that anyone, if they feel so inclined, can see what shit I’m interested in.

I will also be putting a bunch of my favourite quotes from the shows there, because I’m a total nerd xD.

sorry for the five I couldn’t choose only 3

But there you have it, my insane, ridiculous, way-too-many fandoms. For anyone who cares.