Of course! -Mod Gem ((Note: Sorry for the long hiatus. I’ve been dealing with a lot lately and just haven’t had the spoons to write. I hope this was worth the wait.))

You met in the winter, so of course he didn’t really think it strange. He’s covered in LOTS of fur, and when he spent the weekend at your house with you, even he got a bit chilly.

It wasn’t until summer came around he started giving you the odd side glance and cocked eyebrow. Dearest, how is it you get anything done when you wear mittens constantly? Surely that makes any task requiring dexterity tedious, does it not?

It’s a bit of a shock at first, that your hands could be so cold during the hottest months of the year, but it’s no big deal to him. He simply laughs and tells you this is nothing to be ashamed of. He won’t make you keep the mittens off if you truly want to wear them, but he also offers to warm them up for you any time you’d like.

He’s more of the dramatic concerned parent. He doesn’t even consider the possibility that you’re cold, he immediately jumps to sickness or injury. Are you ill, love? Is there something he should be doing to help you feel better?

Oh you haven’t burned yourself have you? Did HE burn you somehow?? Let him go get the burn gel and a roll of gauze, he’ll have you fixed right- please stop him before he has a stroke.

This little fit of his goes on for a moment before you decide to just put your bare hands on his cheeks and make him look at you.

Ah. Well. That explains the mittens. He also assures you that cold hands are nothing to be ashamed of, albeit with some “Please, don’t worry me like that again, dear”-s sprinkled in here and there.

uhhhhh why not make my own au and sprites

watermarked bc i dont trust yall 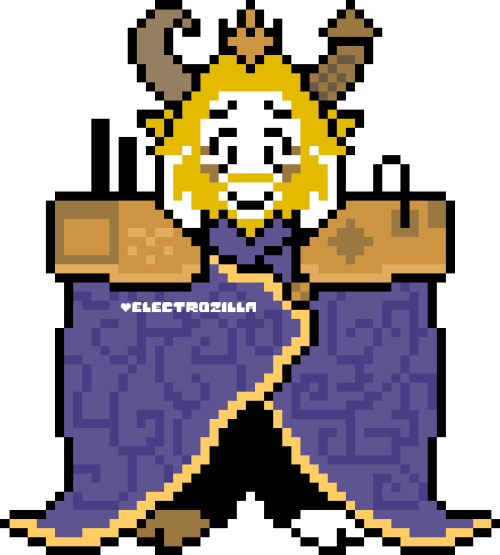 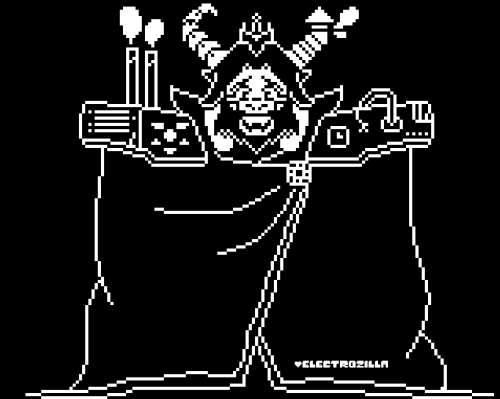 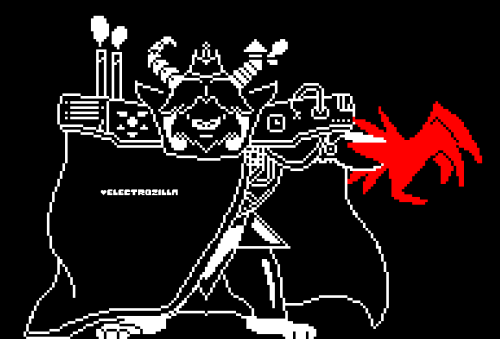 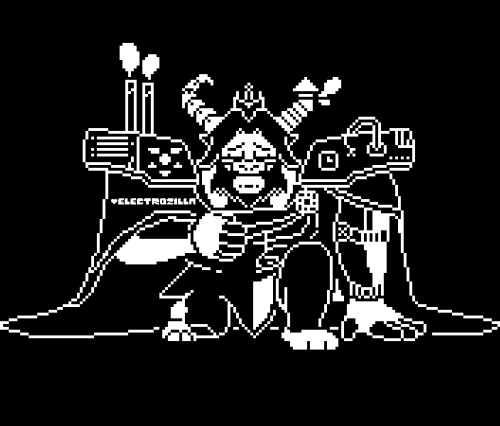 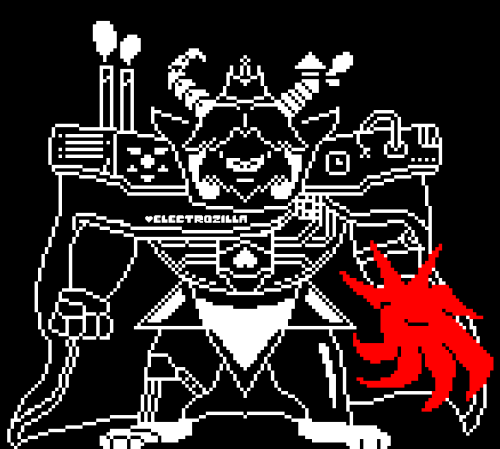 This is an AU based off the middle school i had went to and the group of friends i had. (Ex: Sans-based off me, papyrus- one of my friends who jokingly called me dad etc.), also hence why it’s called ‘Gatortale’ even though it had nothing to do with gators.

This is still a fairly new Au so I’m open for constructive criticism.

Frisk and nick- they are the two fallen children who fell into the underground. When frisk fell down, she wore a grey ripped up dress with a turtle neck and brown boots. Nick had fallen down much earlier then frisk had. Frisk and nick both wear blue and green sweaters with brown shorts and boots. Frisk’s clothes are slightly oversized. They both share a soulfor some unexpected reason and neither can remember when their life on their surface was like. Nick is 13 and frisk is 9.

Abril: she takes place of Chara, thats pretty much it

Flowey- a 8-9ft sunflower with yellow and pale blue petals. He is quite anxious, aware of resets, and quiet. He attacks with friendliness pellets. He is blind but can be befriended by giving him glasses.

Toriel: a brown goat with yellow eyes and white fur around her feet, hands, eyes & muzzle, and the bottom of her tail. She wears a dark blue dress that splits at the sides with her family crest on the chest, tori also lacks shoes. She likes to make butterscotch-pumkin pies, she is still married to asgore, however the fallen humans still have to fight her to leave the ruins, on a pacifist route, they don’t have to fight asgore but only omega flowey.

Sans- shes S h o r t. her left leg, right eye, head, and upper right arm are all human while everything else is skeleton, also, sans is a she. She wears a blue hoodie with a green E on the upper arms and chest(when asked, she always has different answers each time. Some answers don’t even sarts with 'E’). She wears black basketball shorts, a long sock on her human leg. She has shoulder length brown hair, a blue eye, a pitch black empty socket, pale skin and red cheeks.

Papyrus: she is very tall compared to her elder sister. Papyrus is also a girl, her lower torso, right arm, neck, head, eyes, and left leg is human, everything else is skeleton. Papyrus wears black leggings, a blue and red skirt, and a white crop top that says “Battle body” on the front and “This is my” on the front. She wears blue and red boots aswell as a pastel green bandana. Her short brown hair is tied into pigtails. Her eyes are a fire orange with blue star pupils. Her skin is less pale then sans’s and she has rosey cheeks.

Grillby- He’s the normal grillby except with dark green flames and a black and dark blue suit.

Undyne- Undyne is canonically engaged to alphys, she has green eyes and lace up black boots, other then that she’s pretty normal

Alphys: she has green spikes going down her spine and a spikey ball at the tip if her tail. She wears white gloves, a white lab coat, a blue apron and blue goggles.

Napstablook- identifies as they/them. They have blue eyes that change to green if they are mad/sad/or sleepy.

Mettaton: they are also non-binary, however they prefer to dress more feminine. There’s nothing new to mettaton except that he wears ballet shoes and has green eyes.

Asgore- he is married to tori. He is a large white and yellow goat with pale blue eyes. His outfit is his armour but colored a pale green. He makes sunflower and buttercup tea.

Well normally I wouldn’t even pretend I could do an Asgore worthy voice, but someone on Amino wrote these alternate lyrics about Toriel’s separation from him, so I attempted my best chest voice for a Leonard Cohen impression.

Probably my favorite drawing I’ve done of him. I think one of things that helped was I picked the colors manually like a Grownup instead of just relying on multiply/soft light/color dodge x3

The gradient looks a bit muddy on the lower right- might give this one another shot. His nose is a bit more smushed and moomin-y than I usually draw him, but the overall shape is really nice I think <3 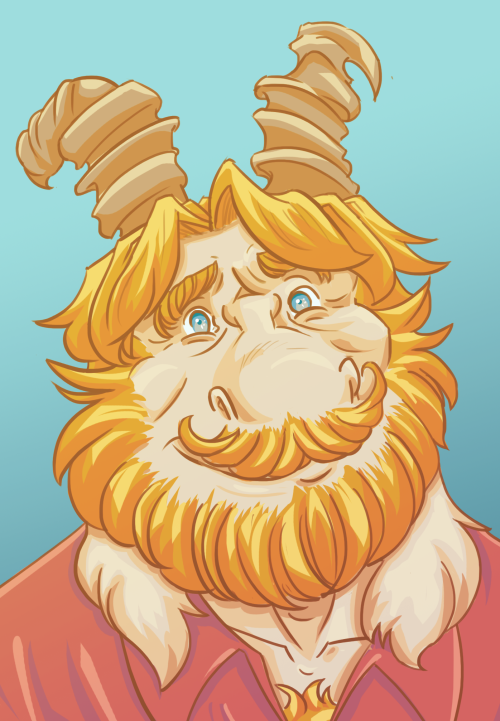 Uc!Grillbs and Azzy to me 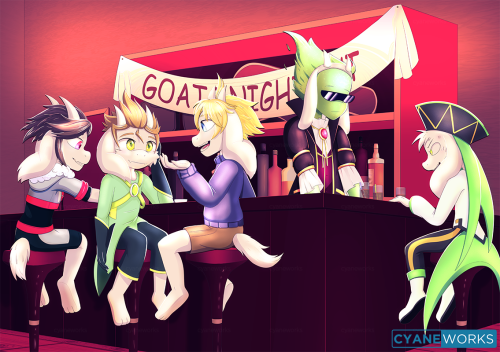 Fellas is it gay or straight to like asgore? discuss (/j)

So yeah, I actually finished this a … couple of weeks ago … and I still didn’t post- Yeah, I’m that much of a procrastinator.

I love them, let them enjoy the surface :,) #undertale, #deltarune, #asgore, #asgore dreemurr, #fanart, #my art, #been feeling terrible unfortunately lately, #a lot of things happening, #2020 is just cursed tbh, #this was kind of a therapy doodle to embrace my mood rn
119 notes · See All
bonetrousledbonesAnswer

oh my god yeah, mettaton and asgore deserved SO much better. i understand that a whole section of the game dedicated to actually getting deeper into their characters would make the game a lot longer and tbh wouldn’t really fit very well into the story, but it definitely feels like there’s some missed potential, there.

Instead, we don’t know Mettaton & Napstablook are related unless we do some snooping on our own with no clues as to where to even go after getting the key to mettaton’s house, and our “connection” with Asgore feels super rushed. It really does make me sad that they couldn’t become nearly as developed as everyone else :/

#trousled rambles, #emphasis on rambles, #bad opinion zone, #undertale, #mettaton, #asgore, #like u guys.........imagine a Mettaton date, #imagine how fucking amazing that would be, #we were ROBBED
29 notes · See All
sansthecomedianText

*happy day of thanks everybody

*and boy am i stuffed

*which is sayin’ some seeing as i’m all bones~

*i’ve never seen so many people in one place before

*each monster pitched in to really make the party festive

*muffet and toriel prepared the sweets

*undyne, papyrus, and the kid directed the ‘setup and decorate’ committee

*which attracted a lot of volunteers for decorations

*yup everyone was there

*which was weird but sweet

*seeing the kid with the flower got me thinking though

*for anyone who needs to hear it, keep your chin up

*you’re stronger than you think

*eventually things will get better

*so thanks for roughing it this far and stay determined

*we’ll be cheering for you the whole way

*and I gotta be there for my insidental musical queue~

[A trombone is summoned from a pocket dimension]

Wasn’t able to get this colored in time, so have the line art!!!

Posting together because I hate tagging