if y'all see me rbing a bunch of my old posts, mind your own business. i made some damn good points

there is something incredibly personal about living in apartment blocks. you learn such personal little details about people’s lives without ever exchanging a word with them.

i know the boy in the flat below me plays guitar and sings. i can’t remember what he looks like, but he’s gotten better over the years. i know that somewhere on this floor, someone’s gotten a dog. and in the flat to the right the mother is a teacher. i hear her voice sometimes during a lull in my own lessons. i know that in the flat opposite my bedroom window, one of them likes to have a morning smoke on the balcony.

when i was younger and i went to bed earlier, in the summer i would see people eating supper on their balconies and i could hear snatches of conversation.

it’s nice, you know. it makes everything seem more homely.

i find it very ironic when i see a “nostalgia pack” for gen z and it’s like all very american stuff….

reasons i am cat

online school be like you have to sit still for hours :) but :) everytime you speak you will get so much nervous energy you physically cannot do that :)

no offense but no matter how long you look at a picture you will never know it as intimately as someone who has done it as a jigsaw puzzle.

#this is by a frustrated gay who cannot find a where this one piece goes#where does yellow curve and thin stick go on an ottoman battle field? fight me puzzle#ash actually speaks
1 notes
sunlightisfalling
Text

you know what? fuck it. here are my top ten predictions for 2021.

obsessed with this quote from poet by bastille

Narrowly avoided blinding myself after an incident with my mascara brush tonight… kind of ruined the nice eyeshadow i did, but honestly the vibe is more accurate for my mood all day so it works i guess

#my face#shut up ash#i mean honestly the eye drops were a STUPID move... but it cannot be undone#and i did rinse my eyes with water afterward so im ok#but damn that was not a fun experience#jake munro#because... inspiration.. and also i wore a shirt with his face on it all day and it made me want to makeup more#idc if it goes in the actual tag or not im not lookin for clout or some shit i just wanna give credit where its due#and his wild makeup is.. VERY inspirational to me#i dont want to take it off... but if i dont i will regret it so much#especially when i have to go to work tomorrow n will inevitably have leftover neck makeup#SPEAKING OF WHICH#im forever salty and confused about the makeup policy#because i got gently scolded for wearing heavy eyeliner//goth makeup#and had to remove it in the bathroom#and ‘we dont wear makeup in the clean room’#BUT bitches be in there with clumpy ass mascara and are dropping nasty eyelashes everywhere#but THOSE bitches dont get scolded... instead theyre asked to train people in and get raises and better jobs etc etc#like??? hello??#is it just me u dont want to see wearing makeup in there?? like?#at least im fucking careful about it lmao#some ppl are in there touching their nasty faces and smearing all kinds of ick on things but...#not a peep about that#yet i cant wear even a mild version of the heavy shit i WANT to do daily#despite the fact im a clean freak in there and even if i DID make a mess i would immediately take care of it#but i digress.... because im rambling like mad#today has been a DAY
24 notes
dovewingz
Text

anyway heres my predictions for the next interlude iv maps

i’ve been toying with splitting up my masterlist by company… that way it might be a little more manageable. But idk. So, if you go to my masterlist at any point and it’s all fuckified… Nobody panic. Just means I did it, lmaoooo.

(thank you for sending this in, I felt like I needed to make up for my angsty Dimiashe prompt XD)

“Can I kiss you?” Dimitri asked, being sure not to stutter this time. Ashe’s eyes only widened and Dimitri suddenly wished he had never spoken at all. At least the question had bubbled forth while they were alone in the library. Tomas was shuffling around downstairs but their corner was deserted and sheltered by two tall bookcases.

Still, Dimitri felt a flush travel from his ears down his neck the longer Ashe gawked. He willed his boyfriend to say something.

Finally Ashe took mercy and squeaked out, “W-What made you ask so suddenly?”

“I’m sorry, perhaps it was too bold a question.”

“No! I mean, I’m just, surprised?” Ashe cleared his throat and busied himself with the books on the tabletop, shuffling them seemingly at random. “So, where did that come from?”

“Ah, something Hilda said the other day. I have admittedly been giving it too much thought.”

Ashe frowned, still not meeting Dimitri’s eyes. “What did she say?”

“She said we did not… frankly, she thinks we don’t act like enough of a couple.” Dimitri also found the tabletop fascinating, neatening papers to perfection. “She accused us of faking a relationship to drive off women who might want to be courted by a prince.”

Dimitri reached over to take Ashe’s hand, stilling it from flipping aimlessly through an upside down tome. “But it’s not the truth. I tried to explain that. She suggested doing more romantic things may stop the rumors. That’s why I wanted to try a kiss. In private, at first. Like here.” He waved his free hand around their secluded corner.

“Yeah…” Ashe squeezed his hand. “Yeah. Okay! Let’s do it!” He turned to Dimitri, face bright and determined, like he had just figured out the correct answer to a hard test question. Dimitri had to smile back. “I’m ready when you are!”

Squeezing Ashe’s hand in return, Dimitri nodded. “Very well then.” He shut his eyes. When Ashe made a noise of confusion, Dimitri added, “As this was my idea, I will leave you to make the first move. When you are ready.”

At first, Ashe didn’t move. Dimitri heard him shift in his chair a few times and he laced their fingers together, but he didn’t feel Ashe get closer. True to his word, however, Dimitri waited with his eyes shut for Ashe to be ready.

Then, hot breath puffed against Dimitri’s chin. His heart leapt. He heard Ashe’s chair scuff against the floor as lips at last pressed to his own. Feeling brave, and perhaps giddy, Dimitri raised a hand to blindly hold the back of Ashe’s head as they relaxed into each other.

Dimitri only opened his eyes when Ashe had completely pulled away. In Ashe’s place, he found a pink faced archer whose gaze was darting around as if their display had attracted onlookers. Dimitri chuckled softly and bushed aside Ashe’s bangs to get his attention. “There.” Dimitri smiled. “Alright?”

Ashe’s “Yeah” was more of an exhale than an reply. He gulped again. “So, do we find Hilda and do that in front of her? Or something?”

Dimitri tugged him close again by their still joined hands. “I think we could practice a bit more before that, wouldn’t you agree?”

To his relief, Ashe smiled in return and immediately surged forward for another kiss.

(Give me all the kiss prompts, i want them all)

#tbh alain never actally gets to see jericho face to face because the dude's a coward#ash actually doesn't speak to uncle jeri for a WHOLE LONG-ASS TIME because he's smad#its like he already saw what bert's neglect did to ravi-niisan and now it's happening again? with alain#why are legendaries so bad at raising humans they need to take a page out of that one zarude's book#anyways ash forces them to meet at least Once but they never acknowledge each other as father and son and never want to#professor sycamore is the only dad alain needs in his life it's fine#and jericho definitely don't need to catch shade from his wife and silver#maybe that's a filler episode in alola season. maybe#the closure for alain i mean#golden boy au#golden dad au#pokeani#pokemon#ask shenanigans
2 notes
traviscanuckny
Photo

In honor of an agreement being reached (tentatively) 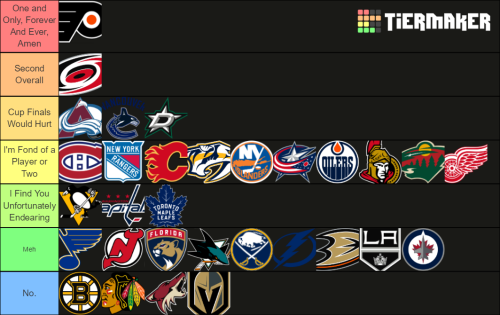 spotify took one look at me and said trans masc, huh