They are not all right! Especially the nine-spotted ladybug. Seven-spotted ladybugs are still doing all right in the US. But in general, they are being wildly out-competed by Asian lady beetles. According to the Lost Ladybug Project, it’s mostly due to climate change and how they hibernate in grass and leaves and bark - too low and they freeze to death, and if it warms too soon, they wake up and then die when it freezes again. But Asian lady beetles hibernate in different areas and are hardier, so they’re better at making it through the winter. But as far as I know they’re not actually harmful to the environment? Correct me if I’m wrong here. But they’re just considered a pest because they can bite and they’re smelly and invade our houses in the fall.

BUG BATCH!! Many ladybird larvae outside my house!! Some are even newly emerged from their shells 💕🐞

Ohhh holy cow this is an excellent array of friends in different life stages! How cool! I cherish them all…

The came4a wouldn’t focus. Asian lady beetle. Which technically I should kill….

Some nice night friends 🖤 I also now have 2 ladybird larvae that are enjoying raisins at the moment.

A treasure trove of friends! It’s so nice to be able to turn on a light at night and attract one million tiny pals. Tell your ladybugs I said hello :) 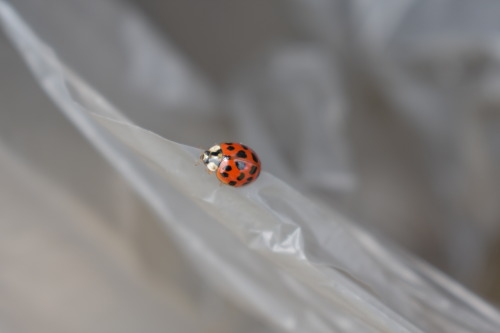 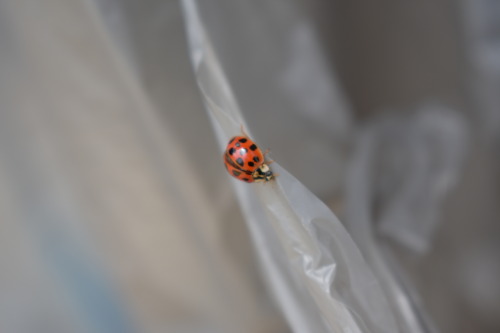 Found a ladybug on my way home yesterday. Found in southeast RI

Very good!!! This one is an Asian lady beetle, which is not surprising since those have taken over just about everywhere. I still love them though :)

Look who I found on the window!

This isn’t the first Asian Lady Beetle that I’ve seen this year but it is the first I was able to get a picture of. It was just hunkered down trying to stay warm on top of one of our bird feeders:

This is Wanda she also lives in my aloe plant and I believe she’s an Asian lady beetle, an imitation of a ladybug. She hasn’t eaten Herbert(who has gone underground in the soil of the plant to hibernate since late last night I assume) so I have let her live. She doesn’t like getting her picture taken cus she keeps zooming away. 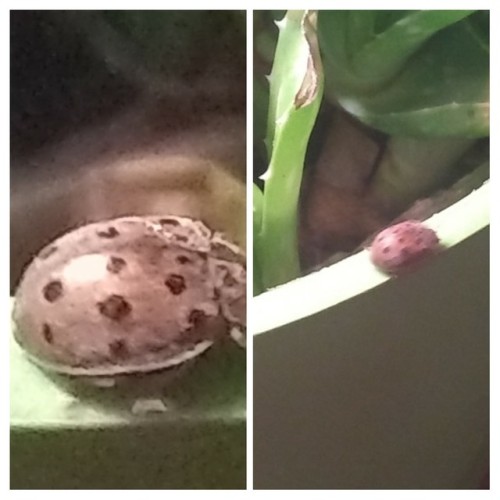 Peach tree about to bloom. 🐞 🌸 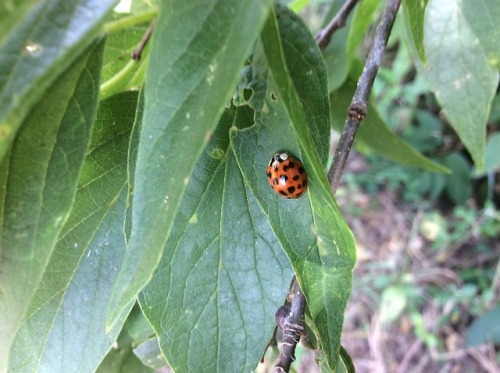 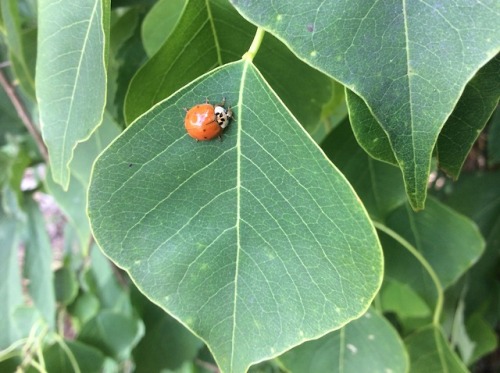 Asian Lady Beetle - Eat all the aphids you want, lady, but stay out of my house or we’re gonna have a problem! 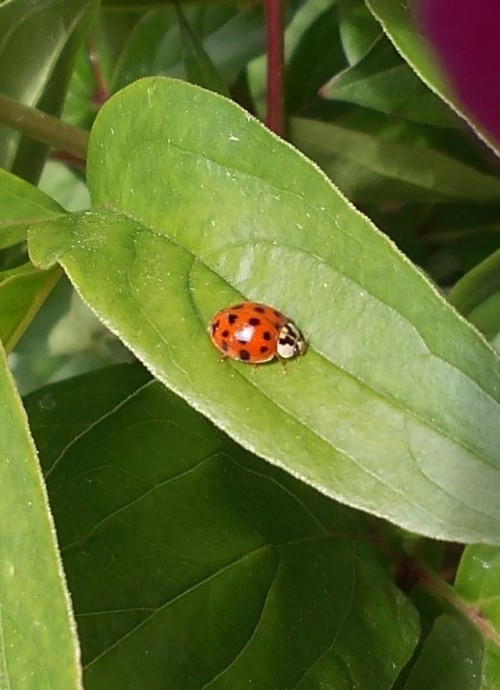 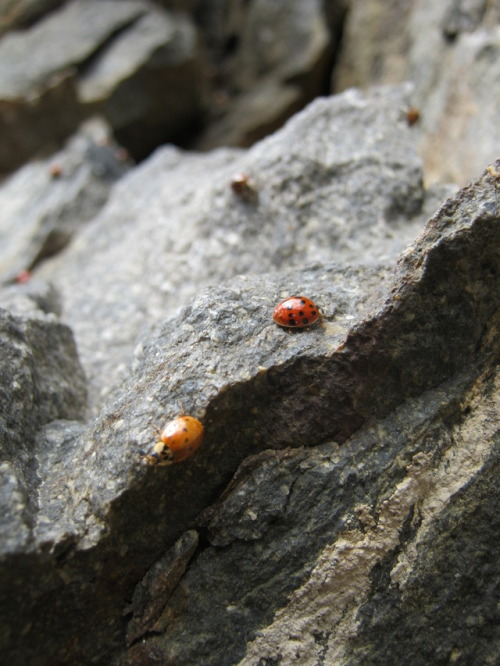 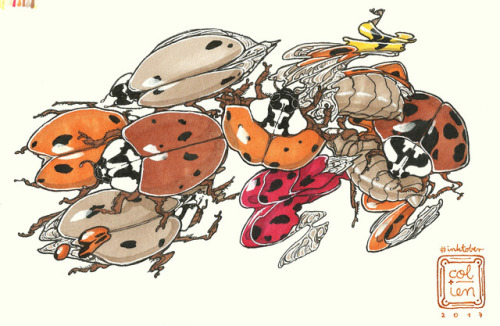