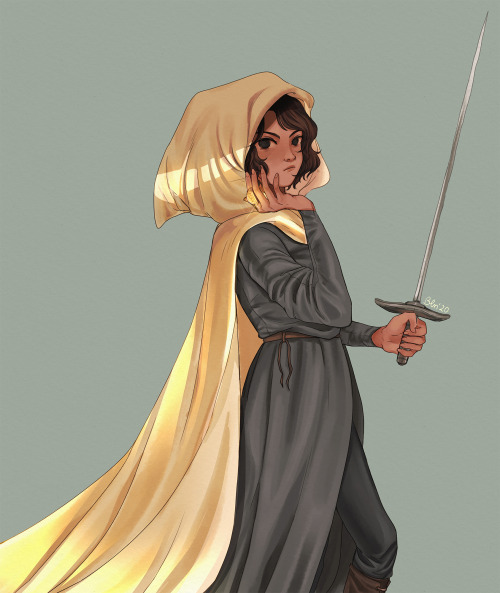 #asioaf, #a song of ice and fire, #arya stark, #my art, #fanart, #just wanted to test clip studio paint so I drew a little Arya, #I'll be back to requests tomorrow!!, #I need to learn to draw backgrounds asap
422 notes · See All
disneyprincessbuffyannesummersPhoto

❝She doesn’t have to look. She only allows the faintest hint of a smile. A smile that says: my tyranny’s not ended, motherfucker. It’s only just begun.❞ 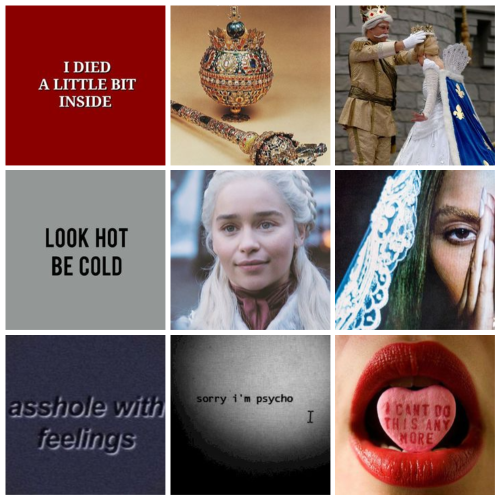 #daenerys targaryen, #richard 3 with teats, #emilia clarke, #House Targaryen, #Mad Queen Dany, #Dark!Dany, #Dark Dany/Canon Dany is the only dany I stan, #ASIOAF, #no one kill me for this.
3 notes · See All
asongofmemesandshitpostsText
#i stan a petty fire witch, #asioaf, #grrm, #clash of kings
4 notes · See All
philofhousestarkText

#one of my favorites, #a game of thrones, #asioaf, #gotta be home for a while, #time for a re-read
0 notes · See All
daenerys-targaryenText

#daenerys targaryen, #asioaf, #asoiaf meta, #kinda, #not really, #just my thots, #about my girl, #i am sad and in my dany feels on this fine thursday, #long post, #leah rambles 🌻
40 notes · See All
rhiannasaurusrex1704Text

#the north remembers, #red wedding, #robb stark, #asioaf, #a song of ice and fire, #a song of ice and feels, #the young wolf
4 notes · See All
daenerys-targaryenAnswer
What do you want Dany's endgame to be, and do you think GRRM will write something close to it? (OMG your header is gorgeous)

I don’t think GRRM will write anything remotely close to it. It literally cannot happen due to where the book is going. It can’t happen because there is Young Griff and Jon Connington who are currently plotting against Cersei, not Daenerys. It can’t happen because Sansa is not in the North, and she will not be married off to Ramsay Snow, therefore she will not find Jon at the wall and fight for Winterfell. It cannot happen because Daenerys has not shown a single sign of madness in the books, in fact, sis literally critiques herself and beats herself up over her mistakes, and also questions her own sanity, fearful that she’ll become her father. People who are mad don’t question their choices, they don’t beat themselves up over their failures, they don’t critique themselves, they’re spiteful and entitled and believe that the world owes them something; example, Viserys Targaryen,

Thank you so much for saying that! I’m really happy with it :)

Give me a Tyrell POV George you coward

#a song of memes and shitposts, #i want margaery, #or loras, #anybody really, #asioaf, #musings
10 notes · See All
disneyprincessbuffyannesummersText

The memory of the rejection still rankled, even after all these years. Many a night she had watched Prince Rhaegar in the hall, playing his silver-stringed harp with those long, elegant fingers of his. Had any man ever been so beautiful? He was more than a man, though. His blood was the blood of old Valyria, the blood of dragons and gods. When she was just a little girl, her father had promised her that she would marry Rhaegar. She could not have been more than six or seven. “Never speak of it, child,” he had told her, smiling his secret smile that only Cersei ever saw. “Not until His Grace agrees to the betrothal. It must remain our secret for now.” And so it had, though once she had drawn a picture of herself flying behind Rhaegar on a dragon, her arms wrapped tight about his chest. When Jaime had discovered it she told him it was Queen Alysanne and King Jaehaerys.

#my funkos, #me., #Jonsa, #Game Of Thrones, #ASIOAF, #my edit, #my art
6 notes · See All
adanylovinsideblogPhoto

Lysa Tully is an anti-vaxxer

I had fun researching this one!! 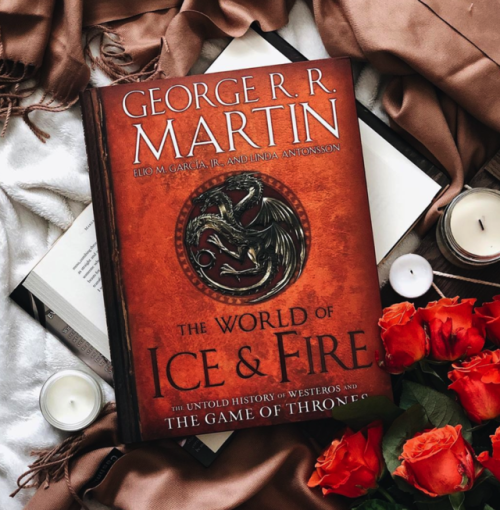 Cersei: I said that if I didn’t become Queen by thirty-five that I’d become a serial killer

Senelle: Girl how old are you? I’m getting nervous

Realisation from ASOIAF reread: when i first read this series i was 17 and in awe of everything what is happening. Seven years later i’m more mature and dead inside and i recognise that everybody… every single person in this books… dumbasses… complete idiots… even smart ones… what is even happening there idk, why they make this decisions… if Cat Stark dont die this book i’m gonna go insane

#ola reread got, #When its Red wedding? In 2 or 3 book? Dont remember, #They all make such stupid decisions i m speechless, #asioaf, #gamę of thrones, #got
1 notes · See All
margalottaText

i know Jojen and Meera Reed were made just to be wasted on Bran Stark but i would rather read whole book on them than sit through another of his chapters. present me and me from seven years ago high five because i still like and dislike the same people

rational brain: Robert Baratheon’s actually kind of a monster. He endorsed the actions of men who killed a woman and her two children, tried to have a pregnant young girl assassinated, put the nation into massive debt for frivolous reasons, doesn’t take responsibility for his actions, and he abused his wife for the entire duration of their marriage

first of all i should say i love show!cersei much more (what is season 8? i don’t know her) than book!cersei who is, to be honest, not so clever

she’s very arrogant but insecure, she lusts for power but can’t keep that power and makes mistakes that cost her everything

the reason, probably, lies in her childhood. all tywin ever cared about was house lannister but he never cared about the members of this house as persons and their happiness. she wanted to please him, to make him proud of her, to prove she could become the heir tywin had always dreamed of, but he never considered her one because she was a girl and used her only for an alliance with robert baratheon

so robert is dead, joffrey is dead, tywin is dead, tommen is only 8 years old, now she can rule. what does she do?

she hates the tyrells and personally margaery who is, as cersei believes, the YMB. she doesn’t let them to the small council, she wants to make a dornishman new master at arms just to piss them off and tries to destroy margaery. she makes kevan lannister, her closest and wisest relative, leave the king’s landing because she doesn’t to share power with him, she sends jaime off to riverrun because he has changed since she last saw him and doesn’t look like her twin anymore. she agrees to restore the militant orders of the faith in return for a blessing for tommen and forgiveness of the crown’s debt which leads to her dowfall

jaime still loves cersei. he’s mad at her and jealous but he loves her even after tyrion told him she had slept with lancel and osmund kettleblack

cersei calls jaime stupid, she pities him and asks herself how she could love him all this time, she is disgusted by the sight of his stump and recalls how she used to dream of ruling the 7k together with him but now he only annoys her. she sleeps with osney kettleblack and considers seducing aurane waters even not to get something from him but just because he’s handsome. she needs jaime only when she the sparrows take her captive and asks him to fight for her and probably die with her because she believes they must die together

she thinks of him as a male version of herself, as her shadow, not as a person. she manipulated him to become a king’s guard so that no other woman would get what belongs to her. she doesn’t love him, she thinks she owns him. and that’s the tea

So I have gotten interested in ASIOAF being a big history nerd. I know the summaries of the books and I’m using book evidence only here since GOT and the books diverged a ton. And I have some problems with Rhaegar/Lyanna.

Conclusion: There’s a lot of evidence suggesting a non-consensual relationship between the two in the books. Any hint of “consensuality” was most likely Rhaegar grooming Lyanna to run away with him using his charm (a common tactic by stautatory rapists and child molesters). Hence, I do not support Lyanna/Rhaegar.