#just bc my anxiety is telling me it needs to be said: im ok with fem and masc compliments :3#and neutral ones too obvi#anyway now that thats out of the way#im kissing this anon on the cheek#uwu#ask box#💌
2 notes
hornywrath
Answer

I don’t know what style you like but this was a store in our queue that fits what you are looking for! Definitely check out other etsy stores if you don’t like this.

Thank you so much for looking out! I’m definitely being careful and slow and patient with myself, but it definitely helps to get support from you guys, too. Thanks, kiddo!

I am a Ravenclaw, my patronus probably would be a dolphin and Diagon alley is better than Hogsmeade!

#santiagogarcia#ask box#i may not be intimidating but at least my reputation is being soft!!
1 notes
scarletsdesire
Answer

The first one, until I’m so edged that I need cock 🥺🥵

Hey-hey-hey Cressida! Well I know that mention that song already but it was just as a headcanon on L’s voice. But NOW!!! THIS IS OFFICIALLY L’S SONG YOU CAN’T CHANGE MY MIND! (it just suits so well 👀)

I’M SO SORRY! I DIDN’T MEANT TO XDD But I’m glad that you’re like it because that was in head way too long actually…

asher is just the sweetest lil baby, and i just want to protect him from the world 🥺 i’m glad i’m not the only one who loves him

Thank you so much! Hazel’s ficmas chapter with them had me falling for their love so quick. I love them so much, such precious babes 🥺💖

KSJDFHLJSDHFLKSDHFLDS now why did you do that

I’m totally okay with other people writing like little spin offs, but because the plot is still in development I’m not sure how it would go because I was going to introduce a lot of other characters in later down the line.

But yeah if people wanted to, they can totally go for it! mamasweets89 on AO3 made one with a Kageyama spin off called “Winner’s Circle” and I lowkey kinda adopted it into the deciphered universe lol

There are two characters that aren’t racers/in a gang in the deciphered universe though, and that’s Terushima and Ushijima. Partially because they play different roles in both Leia and I’s plots. Though, Shiratorizawa is still a “gang” it just doesn’t have Ushijima in it sadly LMAO

But pretty much everyone else is free game, feel free to even give the racers nicknames and cars as well if you’d like since they’re not too important to the plotline (apart from the ones I already set in stone gave everyone else though lmao, you can find them here)

HE SAID SON WHEN YOU GROW UP WILL YOU BE THE SAVIOR OF THE BROKEN, THE BEATEN AND THE DAMNED. 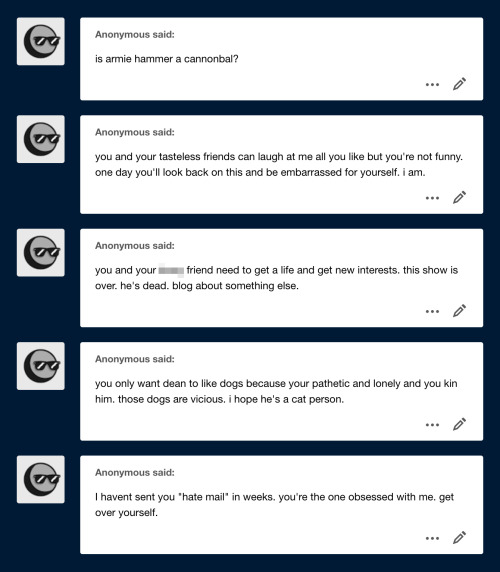 “If you are referring to the web browser, then no. According to Wikipedia, internet explorer was created by Thomas Reardon of the Microsoft Corporation.”

Sorry for the late reply Tumblr never notifies me 😭 I’m playing red rescue team on an emulator! (John GBA lite, My Boy is also good both are for Android) if you need a link to the rom ill send it through DMs 😇