Tanselle: I’m proud to identify as morosexual. I’m attracted to dumbasses and dumbasses exclusively. A guy once asked me what the Spanish word for tortilla was and now I dream if kissinf him under the moonlight.

Dunk the lunk, thick as a castle wall (that guy): If all men are knights, and all men are fools, does that mean all knights are fools?

Just to clarify- if someone makes any edit, gifset, metas, etc about one or a group of ASOIAF characters that doesn’t include MY favorite ASOIAF character and they DO tag it appropriately- I can still harass the creator for not including my favorite and demand they add her in, right?

Because that is what I’m seeing almost daily. I’m reading comments from people trying to bully and force others to add in their favorite character that had nothing to do with the original post.

Yet, the people making these absurd demands make or reblog a ton of content that is only about their favorite and no one is asking them to change it or add other characters. Even when they clearly steal quotes and storylines from other characters to make their gifs.

Am I understanding the rules correctly?

okay so the movie earth girls are easy involves the main character (geena davis) realizing that her fiance is The Worst TM and then leaving earth with the super hot, considerate alien (jeff goldbloom) and let me just say. this is perfect for a sansaery au with sansa as geena davis, margaery as jeff goldbloom, and joffrey as the ex fiance who ain’t shit.

GRRM said that the quarantine/self-isolation is giving him more time to finish TWoW so like….is it close to being finished or does he just mean it gives him more time to work on it? because there is a difference

“And Orys Baratheon he proclaimed to be “my shield, my stalwart, my strong right hand.” Thus Baratheon is reckoned by the maesters the first King’s Hand.”

Aegon I Targaryen and Orys Baratheon, voted for by my patrons! 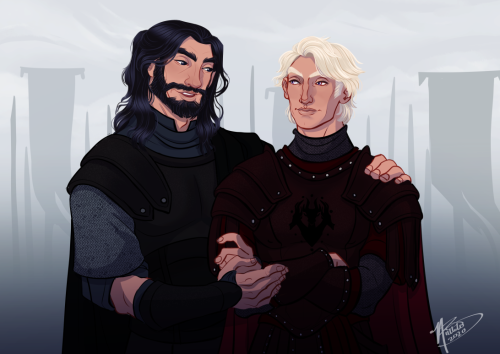 A Knight of the Seven Kingdoms by George R.R. Martin, illustrated by Gary Gianni, printed in 2015, contains 3 novellas: The Hedge Knight, The Sworn Sword and The Mystery Knight, companion to The Song of Ice and Fire Series.

20: What do they argue about the most?

Ooh, this is fun :) I’m going to guess that it would either be Jon being ultra protective of Arya, or his identity issues about being/not being a Stark. She would want him to let her fight her own battles every now and then, and also want him to understand that he still is a Stark no matter what name or blood he has. And he’s still hers 💙

So I do this all the time already but I figured i’d share it with everyone and make it a fun game - send me a character + “runway” - and I’ll reply with a fashion week look for that character ;)

The next panels from “the Sapphire Wench” comic adaptation of my fic. By the AMAZING @fawnilu as always!!

make me choose: sansa or ciri (requested by anonymous)

“i will remember, your grace,” said sansa, though she had always heard that love was a surer route to the people’s loyalty than fear. if i am ever a queen, i’ll make them love me.

Fun while staying home. Or boredom. One of the two. (Sticker by @barelylegible )

What can i say? The man likes his pet.

#a song of ice and fire, #asoiaf, #game of thrones, #got, #thramsay, #theon greyjoy, #ramsay bolton, #ramsay snow, #reek, #i was flip flopping between writing reek or theon, #im bad at picking which to use
4 notes · See All
westerosiladiesPhoto

I have never been nothing. I am the blood of the dragon. 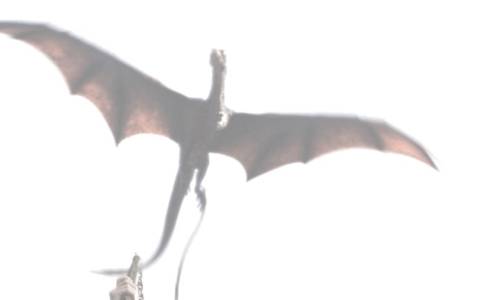 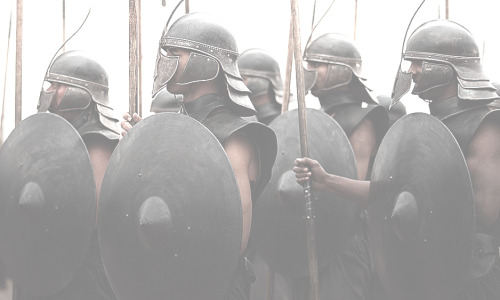 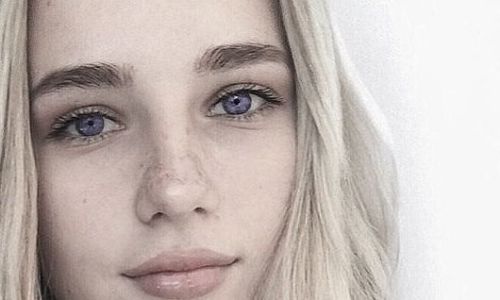 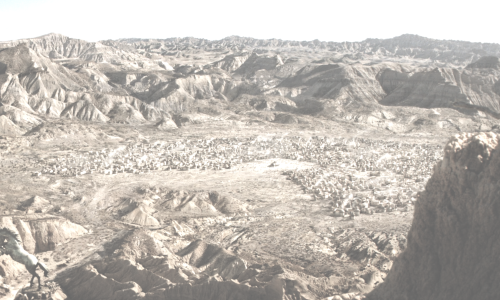 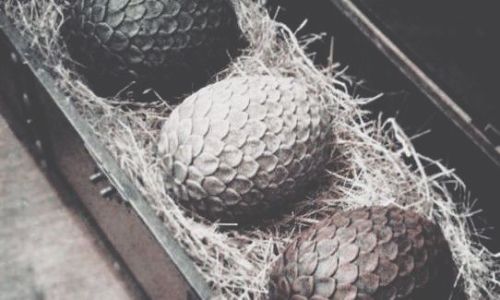 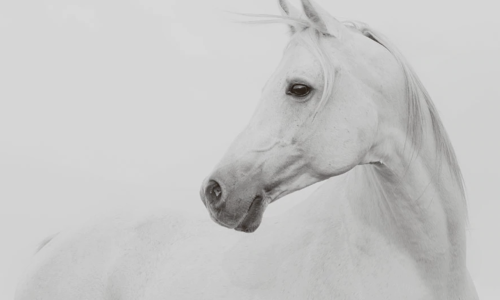 #game of thrones, #daenerys targaryen, #asoiaf
38 notes · See All
rougeamText
#gendrya, #asoiaf, #a song of ice and fire, #a game of thrones, #arya stark, #book!arya, #book!gendry, #gendry waters, #house stark, #house baratheon, #aryastark, #queue
5 notes · See All
turtle-pacedAnswer
How much do you think merit played a role in Stannis offering Jon Winterfell? I know lots of Westerosi politicians would think, as he claims to, "Having a Stark on my ticket would be a great help." But I'd like to think Stannis is different, and wouldn't have offered a vow loophole unless he was impressed, and also, if it WAS merited, then it's validation for Jon, it's his yer a wizard Harry/Cinderella at the ball moment that assuages his insecurities from his upbringing. What do you think?

Let me see if I can separate things out a bit. I think Stannis was impressed by what he’d heard of Jon:

“I know more than you might think, Jon Snow. I knoww it was you who found the dragonglass dagger that Randyll Tarly’s son used to slay the Other.”

“I know you held the gate here,” King Stannis said. “If you had not, I would have come too late.”

“I have not forgotten that it was you who brought us this magic horn, and captured Mance Rayder’s wife and son.”

I think this made it a lot easier for Stannis to offer Jon the out from his vows than it otherwise might have been. But I think that the offer was made at all had more to do with who Jon’s father was.

Due to the nature of the feudal system depicted and Jon’s bastard angst, this doesn’t actually take away from the Cinderella moment you describe. It absolutely is. After Jon’s spent his life being a second-class child, not even capable of inheriting his father’s name, Stannis recognised Jon as a son of Eddard Stark and offered to formalise his status as such. It isn’t just recognition of his talents that Jon wants, but the same social status that his siblings have. Stannis offered that. You’re a Stark, Jon, and you can be the Lord of Winterfell.

I think that Stannis continuing to offer Jon the role through ADWD shows what Stannis thinks of Jon’s merit.