Jacob with his hood on is truly a treat.

Clara trying to help save all of the children and rescue them from labour factories whilst simultaneously getting sick and almost at the verge of death: 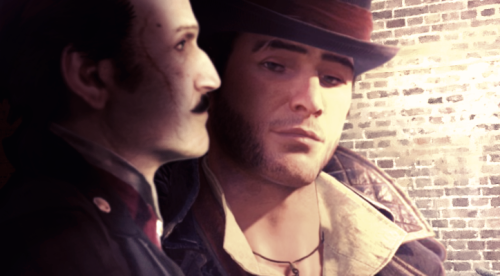 They take turns in riding the cart :V 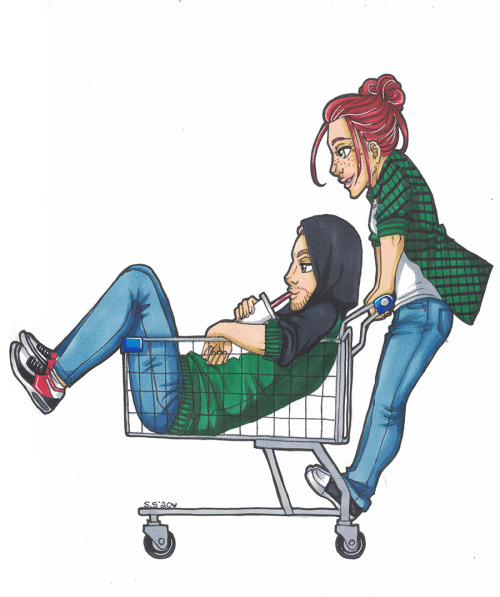 I just really need someone to gush to about Jacob Frye

And since none of my friends play Assassin’s Creed, all of you are now the ones to be subjected to my endless *insert the nonbinary term for fangirling* over this chaotic, sexy dumb*ss.

So i decided to do another edit of Jacob Frye, hope ya like it 💖 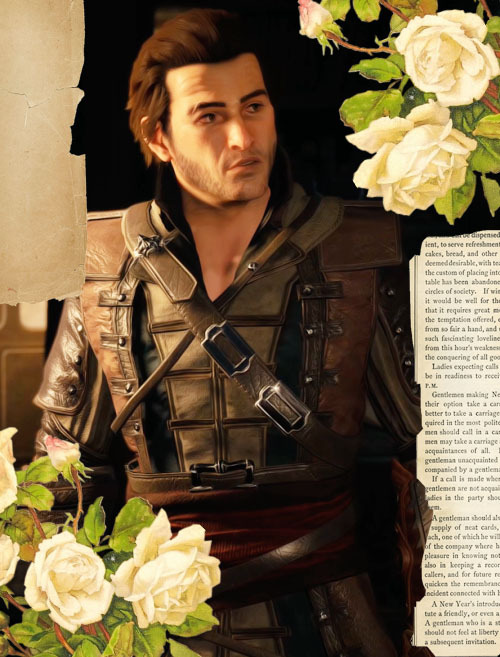 Do ya ever get the intense, random urge to roll your eyes

But instead of actually doing the act yourself

You draw a character doing it for you?

Jacob sat with his hands on his thighs, his body leaning eagerly forward. If his father had only trained them like this, Jacob might have attended the lessons. Many of the performers in the circus showed techniques that were similar to Assassins. The accuracy of the knife-thrower, just barely missing their human target every time; the balance of the tight-rope walker; the agility of the trapeze artists. One of them even performed a dive very similar to an Assassin’s leap of faith.

He grinned and nudged his sister. “Fancy that, Evie. We’ve been circus performers this whole time.”

“I don’t know about me,” she scoffed, “but you certainly belong in a circus.”

The ringmaster was out to announce the next act. In a corner, the man on the timpani beat a rolling tempo, building up the reveal. “Ladies and gentlemen, for our final act of the night we bring to you a celebration of life and death! Here to show his command over fire, the king of fairies himself, Oberon!”

The stage suddenly went dark. There were some confused murmurs in the crowd. Then a light coming from the performers’ entrance. A fire was burning in a pot, wheeled out on a table with several long beams next to it. The man pushing the cart wore the royal colors of purple with a black mask covering the upper half of his face. With the fire as the only light source, it was difficult to tell what he was doing as he set up his act; Jacob was tempted to tap into his sixth sense, but he decided he’d rather be surprised with the rest of the audience.

Oberon lit one of the beams, twirling it between his hands like a baton. He tossed it into the air, lighting another as the first spun, deftly catching it. The audience applauded but Oberon didn’t pause in his act, now adding the total to three. There had been a juggling act earlier, but that involved objects like wine bottles and glass balls– impressive to watch, to be sure, but the threat was only in those objects breaking. In this act, if Oberon slipped he could burn himself, his clothes, the very stage he stood on.

Having the rest of the stage dark made the act that much more effective, the flames spinning through the darkness as Oberon tossed them up in the air. It was almost like a dance with the skill he demonstrated in speed and control, never once getting close to dropping the batons. He alternated between using one hand and two, even closing his eyes and doing it blind for a few seconds.

Oberon stepped forward, tracing a circle with one of his batons. The flame caught showing a ring of fire. They’d seen this before as well when the lion tamer took the stage. Oberon placed two of his batons on either side of the ring to give it even more light. Jacob’s heart raced eagerly, anticipating what was about to happen. The timpani rolled as Oberon walked a certain distance from the ring. Then he ran, tossing his remaining baton in the air seconds before leaping through the ring. He landed without a singe on him, reaching up to catch the baton.

The crowd jumped to their feet and roared, Jacob among them. Even Evie looked impressed. Oberon acknowledged the applause with a flourishing bow.

But the act wasn’t finished yet. Oberon held his flaming baton aloft, turning so every eye could see him. Jacob would swear he saw the man grinning. Oberon tilted his head back, and there was a collective gasp as he stuck the flames directly into his mouth. Jacob was on the edge of his seat. Oberon removed the baton, once again doing a turn so everyone could see that the flame was extinguished. He held the baton close to his lips and breathed, fire spewing out and lighting it again.

This time the roar was nearly deafening. Jacob felt his mouth drop open. Oberon took another bow, and Jacob could definitely see a smile this time. It was as if Oberon thrilled in this as much as his audience.

Oberon spread his arms out wide and spoke in a carrying voice: “You who come here may go away from these sights. But we are spirits of another sort, and so we must say good night!”

A burst of smoke shot up, masking him from sight. When the smoke cleared the lights were up and he was gone.

Wow. Jacob had never seen anything more amazing in his life. The ringmaster was back out, thanking the audience and urging them to come back again. Absolutely, Jacob agreed, thinking of Oberon dancing with fire.

He had to see the man again. And, if he could, get close enough to speak with him.

“Tears for the ones who we loved”

The idea of this piece just came in mind because of a song, and I felt like I can’t let it just go. So here it is, again, accidentally on Fryeday; A sad Jacob Frye 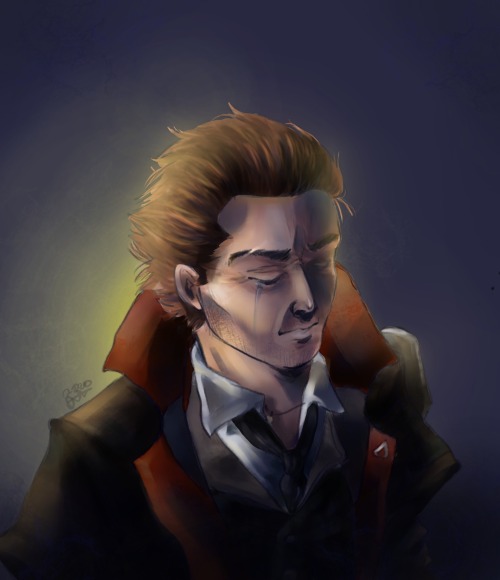 — bang bang, my baby shot me down (listen on spotify)

a playlist for an incredibly self-indulgent cross-over fic absolutely no one asked for (except me). what started off as a joke among a couple of my friends has turned into me drafting up an outline for a multi-chapter angst-filled adventure. quite on brand of me, if i do say so myself.

note: this fic won’t be released for quite some time, due to my already extension list of works in progress. i won’t start working on it until at least afterimages is completed. 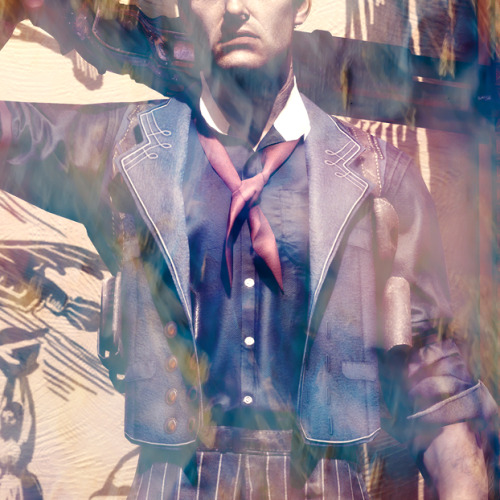 He looks so confused-

he just gives off a gay vibe

An Evie Frye edit for yall 💖

(I know, there are some errors in the edit, I will try to improve) 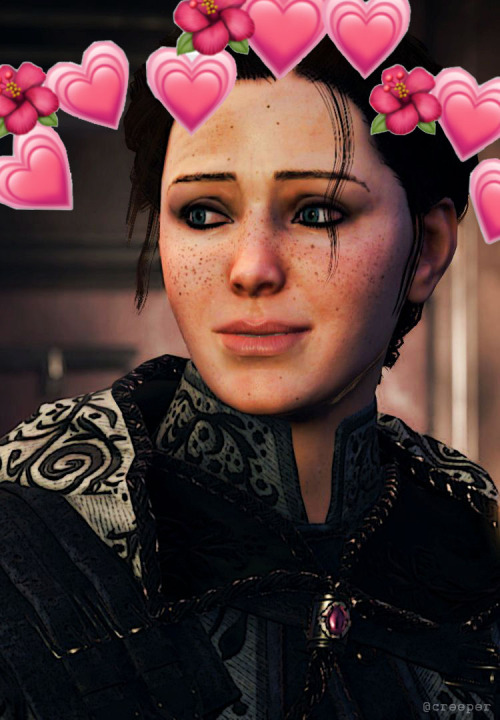 So, I’m going to try something a little different. Hopefully you’ll like it?

So I wasn’t sure if I should add Shaun, Desmond, and Callum or not. If so, they’ll be up next. It’s going to be short though so I hope that’s okay with you guys.

And yes that is me in the drawing, cause guess what? Your cringe culture is dead and I need some self shipping indulgence today 👍

If you thought you were mine
Don’t 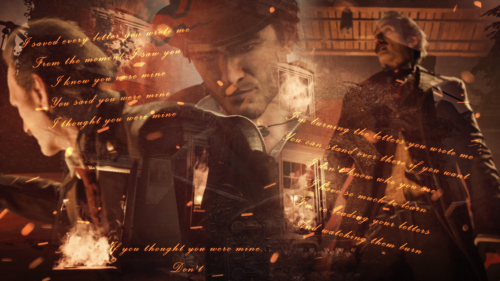 RothFrye discord server prompt: Making up after a fight

The lights in Max’s room were dimmed so Jacob didn’t see the man right away when he climbed through the window. He thought maybe the man had gone out or was already asleep, but then he saw Max sitting in an armchair with his hands steepled, propping his chin.

“I suppose,” Jacob frowned. He unstrapped his gauntlet and dropped it on the couch.

“Busy killing in my territory,” Max went on. His voice had a dangerous tone to it. Jacob turned to meet the older man’s eyes. “You might have told me first.”

“I wasn’t aware I needed your permission,” Jacob growled through clenched teeth.

“I trained my Blighters well, Jacob. They could have killed you.”

Jacob gawked at him. So Max wasn’t angry that Jacob killed his own people, but that Jacob almost got himself killed? “In case you didn’t notice, I’m a bloody Assassin. I’m trained very well, too, and I certainly don’t need you going around trying to protect me.”

“Perhaps,” Max hissed back, “if you told me what you were doing, I wouldn’t have to try so hard. Unless there’s a reason you’re not trusting me with your plans.”

“I can’t believe you think that of me.” Really? Max thought Jacob didn’t trust him? After all they did together? After what they’d become to each other? Jacob grabbed his gauntlet and shoved it back on his arm. “Perhaps I should go, then.”

He turned right back around, aiming for a building across the street. He shot out a grappling hook and puled himself along the zipline. Jacob sped across a few more rooftops until he put a large distance between him and the Alhambra.

He was furious, but also hurt. He thought Max understood him better than this. Anyway, it wasn’t as if Max gave away every detail of his comings and goings. That didn’t bother Jacob. Except… What if Max decided to do something against Starrick without Jacob? What if he was hurt, or worse, and Jacob had to find out about it later?

All right, so he could understand some of Max’s anger. Still, to imply that Jacob didn’t trust him… Jacob sighed and glanced back in the direction of the Alhambra. That hurt more than the rest of the fight, if he were honest.

As he stared he thought he saw someone climbing around on the music hall’s roof. What in the world? Jacob shot a hook to a nearby roof and sped over to get a better look. There was definitely a person on the roof. And he had a very good idea who it was.

“Jacob!” Max shouted. “Jacob, I know you’re close by! Of course I know you trust me!”

Jacob sighed, aiming another hook so he could get to the Alhambra. “All right, I hear you. Stop shouting.”

“You wouldn’t have said it if a part of you didn’t believe it,” Jacob pointed out.

“It’s not the trust I question,” Max explained carefully. “It’s… me. What you do is different from our amusements. I like being entertained, Jacob, but it’s not necessary to hold my interest.”

Jacob’s face heated. He wanted to be annoyed, but Max hit on one of his doubts: that Max might grow bored with him once they finished taking down Starrick.

“This is new for me, Jacob,” Max confessed. “I’ve never felt this way for someone. I know you’re a formidable fighter, but that knowledge left me when I heard you were in the Strand getting shot at and nearly stabbed. I didn’t like having to find out from someone other than you.”

“I didn’t think of that,” Jacob admitted. “Honestly, I don’t really make ‘plans’, as such. But I could work on it.”

“Yes.” Jacob’s face got hotter. He stepped closer, sliding his hands around to Max’s back.

“And I’ll work on not trying so hard to protect you.”

Jacob nodded, leaning in closer still. He could almost feel the other man’s heartbeat. “I trust you.”

I’ve still got another session to go before it’s done but I was too impatient to wait before posting. My JC Leyendecker/Assassin’s Creed Frye twins tattoo so far.