Odin: Thor, why did you sew your brother’s lips shut?

Thor: I didn’t! Loki did it to himself. He’s protesting at school or something.

Thor: [whispers] No one will believe you.

Clint: If corals get stressed they die, so if I was coral I’d be dead.

Kate: What do coral even get stressed about?

If there isn’t, can there be?

Throw on a jersey

No one gets hurt

Tony: fuck you my child is completely fine.

Peter, on his 8th coffee after 22 hours without sleep: *doing the furgilicious rap*

Tony: I don’t say good morning until after my first coffee, because before that it isn’t.

Synopsis: Light years away Captain Marvel sends a haunting message that sounded all too familiar, “Galactus is coming…” The Avengers of Earth have assembled for the biggest threat of their time with only hope to survive the night.

Concept: Like Cloverfield I would shoot it where most of the movie is surviving this mass destruction while escaping a city and never seeing the monster in its fullness until near the end EXCEPT with a proper face off and not from a video camera POV. Airborne Avengers helplessly letting attacks fly while ground level Avengers assist a mass evacuation. The Herald of Galactus the Silver Surfer ominously hovering high above the city his voice filling it and echoing throughout it like a built sound system proclaiming the end of Earth. Galactus physically destroying buildings but from him a mass like that of Egos consumes everything with each step. Ending spoiler: with evacuations complete and Galactus mostly isolated off the coast militaries and nukes are activated but beyond their destruction we finally see the full immense Devourer of Worlds in all his might. The Avengers do a last effort full on attack to complete failure until once again Captain Marvel comes flying through the sky in glorious fashion. But instead of attempting a powerful shot at him she goes directly to the Surfer and in negotiation she convinces him to choose a larger but abandoned planet that she knows of during her search to find the Skrulls a new home world. She agrees to escort the two of them away and the Silver Surfer remarks something to the extent of Earth being full of Marvel-ous heroes and they’ll be sure to cross paths again.

Inspiration: Obviously I’m juiced from the Godzilla vs Kong trailer but it just got me thinking if Marvel Studios could roll out a giant monster film. My initial thought was Fin Fang Foon but it immediately turned to Galactus who many have speculated since the first Avengers film would one day appear in the MCU but honestly how? The last attempt to bring the big man to the big screen was Fantastic Four: Rise of the Silver Surfer where the plot with Galactus is probably the most forgotten part of an overall disappointing film. But honestly how do you do a Galactus vs Avengers in a film? The Russo Brothers credit Jaws as the inspiration behind the scene in Infinity War when Thanos arrives in Wakanda for the Mind Stone. I think doing Galactus as a giant monster horror film that the Avengers are doomed to lose yet resiliently fight nonetheless still makes for a great superhero movie while still depicting a cinematic and comic book worthy Galactus. 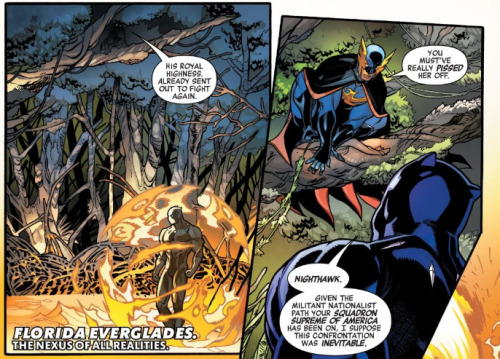 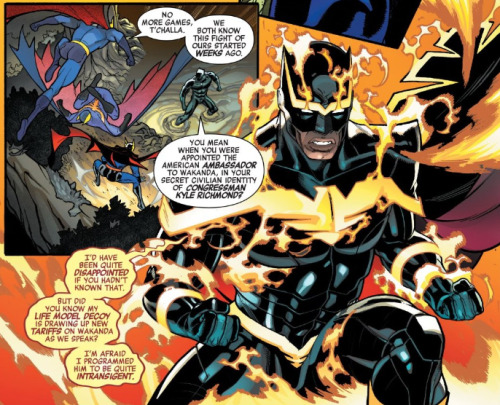 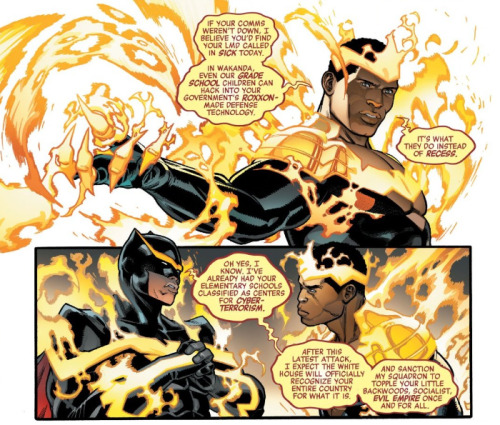 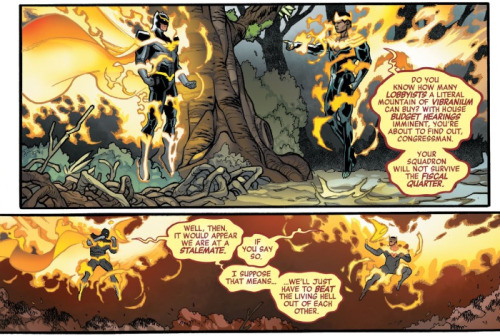 Villain Stephen: you will see my name on ✨BILLBOARDS✨

Fury: There’s only one person who can tell you who you are.
Peter: Me?
Fury: No, me.

The moment Wanda realizes she’s trapped in some sort of TV pocket dimension (maybe around episode 6 or 7), she tries her best to escape by using her powers to fight back against her mysterious tormentor (most likely Agatha Harkness). She ends up causing so much destruction that she literally breaks the fourth wall and ends the episode prematurely. As if the viewers are working for Agatha Harkness or are complicit in her actions.

There’s not even an end credits. We just get taken back to the Disney Plus homepage and are left wondering what the flying fuck just happened.

Then, for the next episode, because of what Wanda did, the episode starts out real fucked up. The opening is all janky and glitchy to the point that it feels like our computer got corrupted. As if the show itself has been damaged by what Wanda did.