movies i wanted to not have watched so i could feel the excitement i felt when i watched it for the first time:

avengers (the first one)

the rise of skywalker (i didn’t like it too much but i went to see it on opening night so everything was gorgeous to me. then i watched it again at home and i realized it wasn’t that good of a movie)

💓 i really like to make lists, dont give up on me please 💓

Top 10 Avengers I want to see in the MCU

I want to see him and I’m sure he’ll probably show up, but also I wouldn’t shead a tear if he never joined the Avengers.

I don’t know him but he looks cool

He’s coming in the eternals

I love her! The only reason she’s so low is because she has a show coming

I love her so much. I know I say I love them so much to a lot of characters but I love mostly all of the avengers

A/N: Hi everyone!! Here’s my second fic ever on this page. Please enjoy and do leave feedback! Thanks :)

Disclaimer: I do not own Marvel or any characters in the series, this is purely a work of fan fiction created for entertainment purposes :) GIF not mine either!

Golden light trickles out from beneath the tall double doors before him. Along the length of the oaken doors, ornate carvings adorn the wood, depicting tales of warriors in battle.

Loki raises a hand to trail along the carved oak – and stops as he takes in the gold edging on his wrists. Surprise crosses his face. He looks down at himself, a satisfied grin forming on his lips as he takes in his tunic. He is clad in his favourite tunic again – green and black, gold trimmings glinting dully in the dim light.

They look slightly scuffed, and he frowns a little at that, but it soon fades away. At least he isn’t wearing that suit from Sakaar, thank the Norns – blue was never his colour, after all. Ironic, since he’s naturally blue.

He returns his attention to the carvings on the door. They are intricate; perfect in likeness. They bring Loki back to war after war, battle after battle, reliving the flashbacks to each and every fight that he was ever in.

He sees Odin on Sleipnir the eight-legged horse – one that is rumoured to be his spawn, although he’s never bothered to confirm or deny it – on the battlefield in Jotunheim, wielding his mythical spear. Around him, bodies litter the ground, frost giants and Asgardians alike.

Belatedly, he recognizes one of the images right before him. It is Thor, in the ridiculous outfit from the Grandmaster’s arena, charging toward Hela in the distance. Then he sees himself, beside Thor, knives in hand. Loki-in-the-carving wears the gold helmet, the one he is holding right now in a loose grip.

The memories come back to him slowly.

Blood and sweat and tears. Watching the remaining armies of Asgard crumble under Thanos’s might. And the pain. Thanos’s grip a vice around his throat. The pain on Thor’s face as he offered himself to the Titan in Thor’s stead.

The sun will shine on us again. Another promise he cannot keep. But he doesn’t regret it. He would’ve done anything, anything at all, if it meant he would keep Asgard – and his brother – safe another day.

Tears prick at the corners of his eyes, and he takes a deep breath. He knows he will not see his brother again, not for a thousand years –Thor will do whatever it takes to defeat Thanos, this he knows. Thor – mighty Thor with his hammer and brute strength and will of iron – will not break.

Clenching his jaw, Loki wills himself into calmness. Whatever lies beyond the veil of Death, he will be ready for it.

As if on command, the doors creak open, slowly but surely, and light spills through, temporarily blinding him. He raises his hand to shield his eyes. When he lowers it, he sees Asgard. Specifically, the great dining hall of Odin’s palace.

The vast space is full of warriors, all dressed in gilded armour. His eyes land on a familiar trio – the Warriors Three, his brother’s friends. Truth be told, he isn’t surprised to see them here in the afterlife. He hadn’t seen them in the fight against Thanos, so he’d assumed they didn’t survive Hela’s brief reign of Asgard.

The Allfather sits at the head of the table, goblet in hand, looking not unlike the time when Loki impersonated him after the episode with the dark elves. Sounds of merriment grow quiet, drowned out by the sound of his own heart pounding in his ears.

Odin is here. He can hardly believe it. If the Allfather is here – it means he is in Valhalla.

He barely has enough time to process that before Odin’s steel gaze is locked on him. At the head of the table, Odin lifts his goblet in a toast. “Loki, my son. Welcome to Valhalla.”

His mouth is dry. Odin’s son. He’s tempted to – what do the mortals call it? – pinch himself, to see if he is dreaming, but there is no need for it. He’s dead, anyway.

The Allfather still stares at him, as if he is seeing Loki for the first time. And maybe he is.

Loki isn’t Odin’s son, this much is clear. He will not be a pawn in anyone’s game, least of all the one who took him in solely as a bargaining chip. Odin knows this. Loki can see it in his eyes. And perhaps, Loki muses as the Allfather’s lips quirk up in the semblance of a smile, Odin has accepted it.

He looks to the side, and he sees Frigga, still clad in the gold robes from his memories. She smiles at him, clasping his hands between her own. He can feel the tears prickling at his eyelids.

“Mother,” he whispers, head bowed. He hates the way his voice cracks on the word, the way he is trembling like he will fall apart.

Warm hands caress his face, and Loki looks into the smiling eyes of his mother.

“My son.” Her voice is soft, loving as always. “Welcome home.”

The tears come, unbidden, and this time he lets them fall. He had never known if he would end up in Valhalla, among the noblest warriors of Asgard. He’d always thought he wouldn’t deserve a place, after all he’d done.

But he is here now, and he finally relaxes, in the embrace of his mother. Because, ultimately, he knows that his Jotun blood doesn’t matter, that he’s changed for the better.

And deep in his heart, he knows.

At long last, he is home. 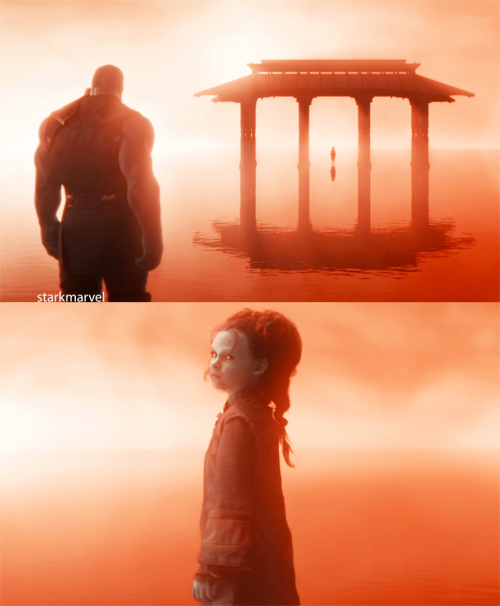 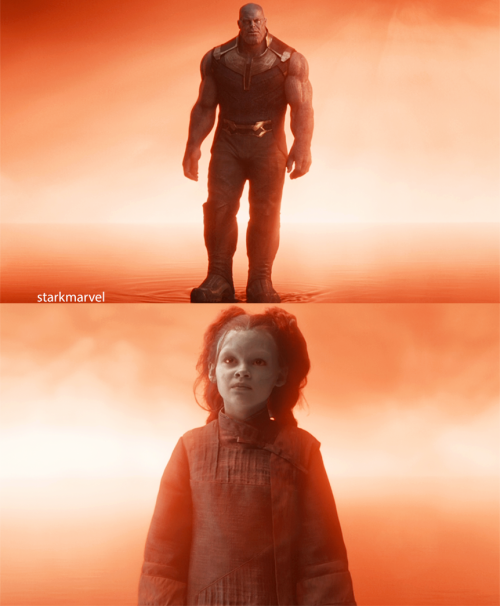 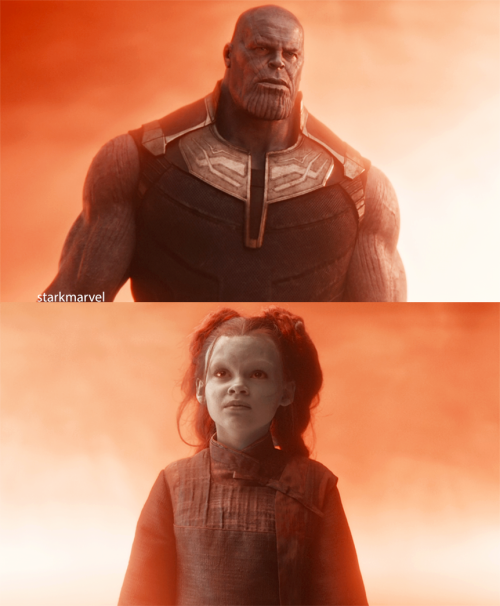 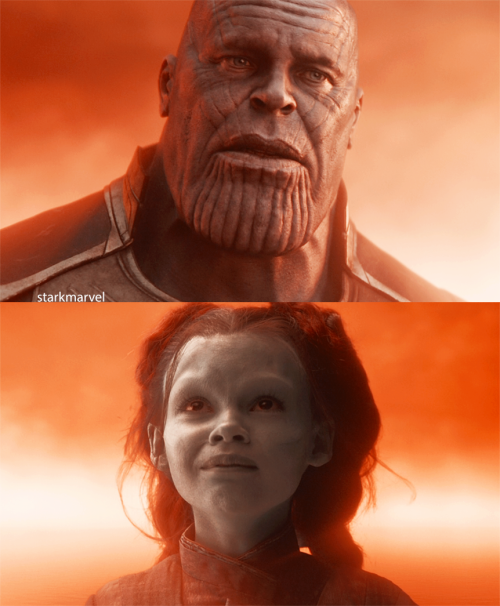 Peter, after accidentally setting Dum-E on fire and getting locked out of the lab: I hate you with every inch of my body.

If anyone like my stuff enough for me to tag you in it, let me know.

Old picture of me from Captain America set with @imsebastianstan a.k.a The Winter Soldier. I had fun working with him and @anthonymackie on set. Really cool dudes.

Working from illustrations by @ryan_meinerding_art , I was responsible for modeling/sculpting, design and engineering for 3D printing.

We cast @imsebastianstan ‘s arm and 3D scanned it, then digitally sculpted/modeled the arm around the scan.

“New Avengers” sample pages, based on a script by Marvel Comics.

THANKS BABIE, I LOVE YOU ❤️

push off a cliff - Thor

marry - Tony (‘cause he’s amazing and also for his money. Being a billionaire??? Yes, please!!)

set on fire - Steve (so his death wouldn’t be instant!!! Let’s get that bitch outta the way!)

wrap a blanket around - Clint

be roommates with - Bruce (LET’S TALK SCIENCE, MY GUY!!!)

had a breakdown in discord today

neither peter nor tony dying in infinity war, but both being terrified at the thought of losing the other so they cling to each other for like a solid 10 minutes until they realize neither of them are going to dust, and peter gets to join the suffering-in-space gang of tony and nebula

peter and tony getting stuck together on that ship gives many angsty opportunities, but i am also interested in this for the fantastic cool awesome idea of neither of them dying

#marvel, #mcu, #tony stark, #peter parker, #iron man, #spider man, #irondad, #marvel cinematic universe, #iron dad, #spiderson, #spider son, #irondad and spiderson, #do people say ironson, #it came up so i guess they do, #infinity war, #avengers iw, #avengers, #nebula, #avengers infinity war, #mainly talking to myself in this post but if anyone involves st*rker in this in any way istg
611 notes · See All
immeyaText

Do you think Harley Keener disappeared with the snap?

I want to know. It’s for science.

#my bet is he did, #i just want to know how his dinamic with peter would be, #harley keener, #peter parker, #avengers, #avengers infinity war, #avengers endgame, #iron man, #tony stark, #iron dad, #marvel, #marvel cinematic universe, #mcu
13 notes · See All
Next Page