Woo boo that’s all of them so far! Thanks for sticking with me to 1 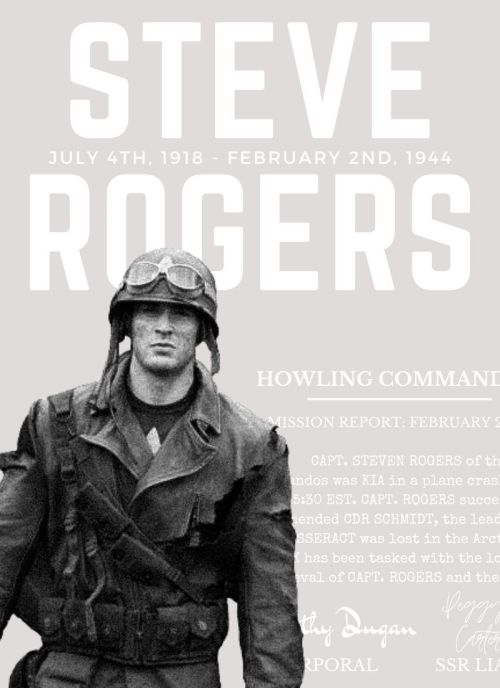 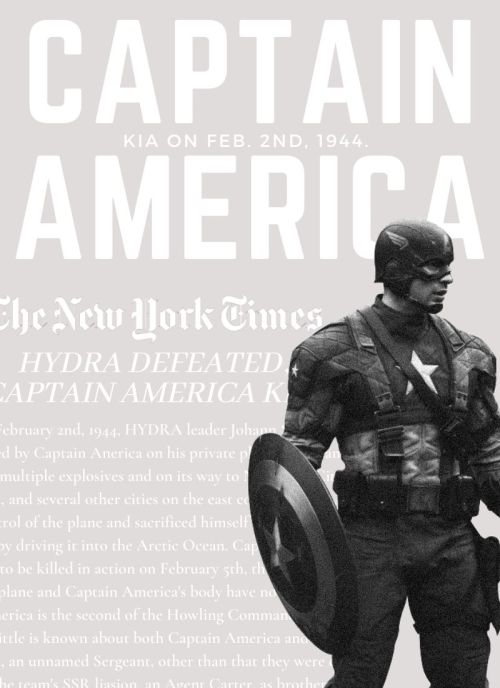 #steve rogers edit, #steve rogers, #captain america, #captain america edit, #the first avenger, #tony edits, #i dont wanna talk about how long this took to make or how i fucking forgot to post it afterwards, #hbd king, #pls appreciate this I am goingnng to lose my mind
154 notes · See All
cool-i-m-dead-insideText

Natasha Romanoff is a Goddess. That’s it, that’s all I have to say

Millenials: These characters are of our generation because they have a cell phone and attend high school

i made a cursed cover with teto english

There’s something so haunting about characters who know they’re gonna die and accept that they can’t do anything about it, so they just sit down and relax and have one last drink or talk to someone

Like, just that moment of peace where they go and appreciate everything one last time before death comes for them just hits differently

Not a big dramatic ending where the music swells and they have a glorious last stand and go out fighting, but quiet, resigned, peaceful, knowing that they did everything that could and/or their death is quickly approaching and inevitable.

Summary: “How long has he been sitting there?”

Steve didn’t even look at her, although he probably should have. She was his teammate, after all, she returned from a dangerous mission, she…

Steve couldn’t find it in himself to feel anything beyond hollow.

“Since they showed… well, you know what on the news,” Sam answered, just as tiredly.

And I think to myself (what a wonderful world) (ao3) - BeanieBaby
Pairing: Steve/Bucky
Rating: Explicit

Summary: “You know, if you’d planned to come back as a legendary LGBTQ+ icon, you could’ve given us a heads up, Cap,” Sam says drily.

“Was it as awesome as it looked?” Bruce asks.

“Steve thumbs his lower lip thoughtfully and smiles, “Best kiss of my life.“

Summary: After Tony’s death, Steve is adrift. He carries Tony’s body, and thinks: I never said thank you.

Assemble (ao3) - Stand_with_Ward_and_Queen
Pairing: None
Rating: Teen And Up

Summary: Ten years after Thanos’ defeat, Clint Barton, with help from Stephen Strange and a SHIELD agent named Leopold Fitz, brings the Avengers, plus Peter Parker, Scott Lang, and T'Challa, from a few months prior to The Avengers Civil War to show them the future so they don’t repeat the same mistakes.

Can you benchmark a soul? (ao3) - SrebrnaFH
Pairing: Pepper/Tony
Rating: Teen And Up

Summary: The final battle with Thanos went almost the same in every reality.

In at least one of them, however, it fell to someone else to deliver the final snap.

Summary: From the moment Steve suits up, he knows what he’ll do.

Summary: Jane and Darcy have been recruited to help support and rebuild the science side of the Avengers after the events of Endgame. Darcy can’t believe her luck when the hottest guy around offers to help her with the luggage as they arrive. She’s not exactly sure what his deal is, and he doesn’t exactly seem willing to share, though. Eventually discovering his secret doesn’t stop her from inviting him to come along to her parents’ house as her fake boyfriend. Bucky can’t seem to stay away from the pretty brunette with the big eyes, not even when spending time with her means meeting her parents before he’s even kissed her.

Summary: When Morgan gets kidnapped, the Avengers assemble again. Nobody hurts their family and gets away with it.

like heaven stood up in you (ao3) - napricot
Pairing: Peggy/Steve, Steve/Bucky
Rating: Teen And Up

Summary: “You said you were gonna miss him,” says Bruce slowly. “He was supposed to be back in five seconds, but you hugged him and said ‘I’m gonna miss you.’”

Bucky’s face is serene again now, and gives nothing away. “I know Steve,” he repeats. “You think you can hand him a time machine and some rocks of unspeakable power and he’s just gonna go put ‘em right back where they belong?”

Steve does put the Infinity Stones right back where they belong. He just does a couple other things too. Or: three timelines and a Reverse Time Heist.

Summary: They get closer and Bucky gets a better look at the man, thinks maybe Sam had been expecting an archer in purple instead of a sword-wielder in black. The thing is, he met Hawkeye years ago, at an airport with his bow in hand and his head held high. They hadn’t spoken to each other but Bucky had seen the resolve, the vibrant life streaming from him as he’d given Steve a tight smile and pulled out an arrow.

He hadn’t met this.

Me and My Heart (We’ll Make It Through) (ao3) - fallendarlings
Pairing: Steve/Bucky
Rating: Explicit

Summary: “Buck…Bucky. You knew I wasn’t coming back. I couldn’t keep going the way I was. I needed her, needed the Howlies. I thought you understood….” Steve grips his wrist with an age spotted hand. “I never wanted to hurt you. I would never do that on purpose. Come on, you know me.”

Bucky jerks his arm away, stepping back. He’s breathing too harshly and he’s about to say things that are going to hurt both of them but maybe it’s exactly what Steve deserves to hear. “You know what, Steve? No, I don’t know you. I don’t know a thing about you. You’re just some guy I used to be friends with but for you it was eighty years ago and for me it was a few days.”

Bucky Barnes has a broken heart in 2023. There’s nothing to do but pick up the pieces and try to figure out how to live.

But in another timeline freshly defrosted Steve Rogers only knows is that Bucky is out there somewhere, alive.

Everybody deserves a chance to heal

Summary: Tony was prepared to do whatever it takes to right the wrongs in this world. But when he pays the highest price that life could ask of him his mates aren’t going to let him slip away that easily.

Peace in Our Time (ao3) - frostysunflowers
Pairing: Pepper/Tony
Rating: Teen And Up

Summary: In the aftermath of the war, Tony has everything to live for.

And that’s exactly what he does.

Show Me Where the Sun Comes Through the Sky (ao3) - duskblue
Pairing: None
Rating: General

Summary: Peter Parker is absolutely devastated in the two months since he’s been back on Earth. He’s struggling in school and at home, and Aunt May is very worried. He doesn’t want to go on a vacation to Mr Stark’s lake house to see Pepper and Morgan, but May doesn’t leave it up to him, and on the last day of school, Happy is waiting to drive him there. What–or who–awaits him at the lake house, is not what he’s expecting.

But why is everything so secretive?

so close to reaching that famous happy end (ao3) - dragongirlG
Pairing: Steve/Bucky
Rating: Teen And Up

Summary: Bucky and Steve’s soulbond survived the war, Steve’s transformation into Captain America, Bucky’s fall from the train, Steve’s years in the ice, and Bucky’s time as the Winter Soldier—but it didn’t survive Thanos’ snap, as confirmed by Steve’s cold post-battle behavior and subsequent disappearance. Bucky grieves the loss of his soulmate and slowly begins to rebuild his life, only for Steve to return unexpectedly with an old friend at his side.

Summary: The world was saved, Thanos defeated. With new, and old, heroes to take over, Natasha retires to live in Wakanda with Okoye, after years of a long-distance relationship. But Natasha has to deal with her survivor guilt and doesn’t know how to handle retirement. As a distraction, she decides to play matchmaker for Bucky, who had returned to goat-herding, and Tony, who was there for his own recovery after the snap.

Summary: Sam and Bucky have an undercover mission going terribly, and concealed feelings ready to burst.

A salad of the following tropes: Sam cutting Bucky’s hair, undercover mission, ‘The new captain America’ debate and bigots and Bucky having no time for bigots, idiots to lovers.

Summary: He came every Wednesday.

Tony didn’t notice him at first. After all, he was a busy, busy man. He didn’t have time to pay attention to the old men feeding the pigeons or whatever outside of his building.

Except, this man wasn’t feeding pigeons. He was sketching something.

Summary: When Sam is injured in the field, Bucky doesn’t know how to handle it.

Whatever It Takes (ao3) - StarryKnight09
Pairing: None
Rating: Teen And Up

Summary: Peter’s struggling to cope after the loss of Mr. Stark. Everyone keeps telling him it’ll get better and that he needs to move on, but Peter doesn’t want to. He can’t envision a life without his mentor. So when an idea comes to him, he doesn’t hesitate, no matter how crazy it is. He’s going to get Mr. Stark back. 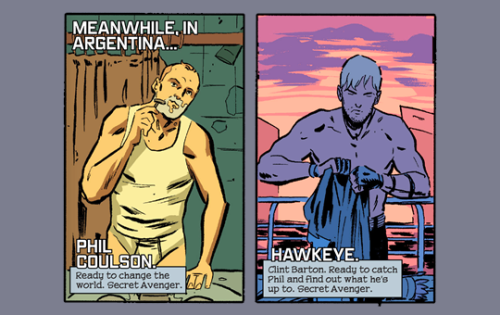 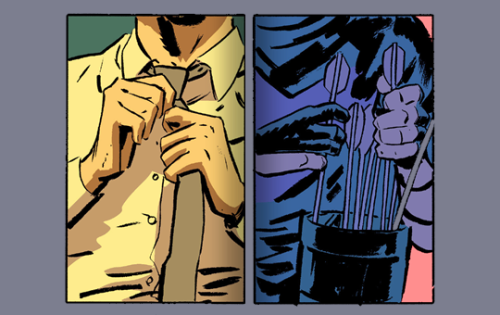 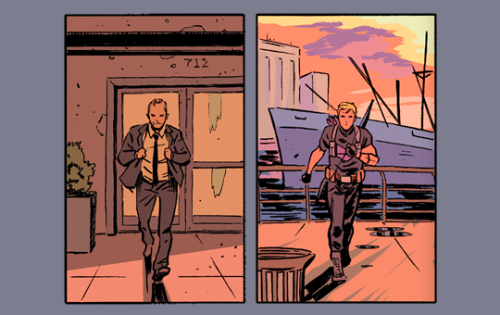 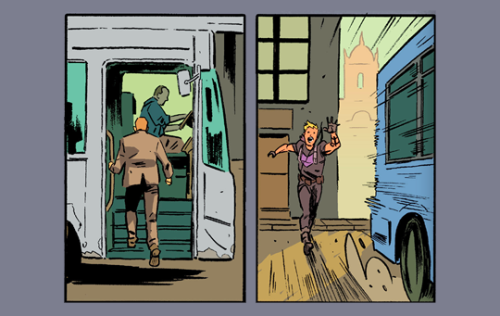 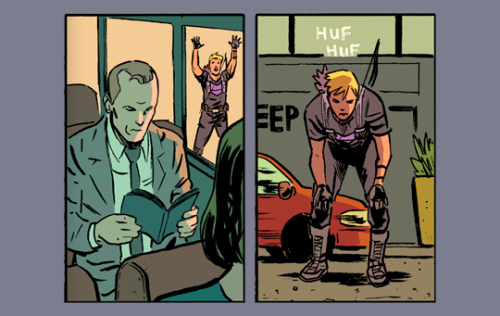 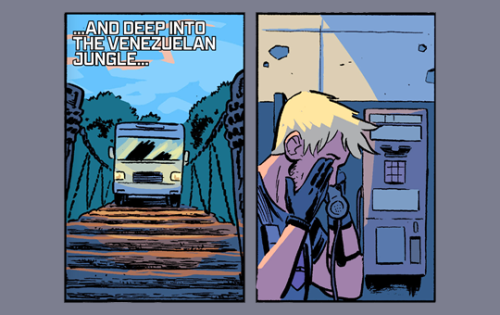 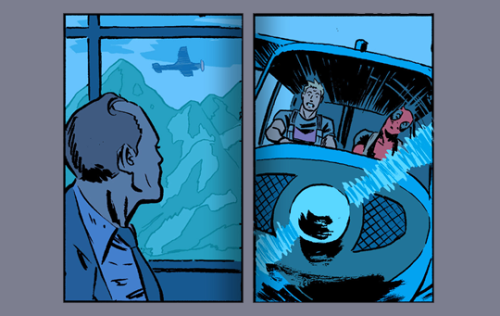 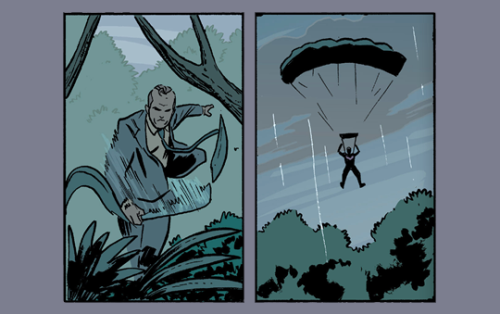 i have a disease called Galaxy Brain and it’s terminal

#I forget where I first saw this but I've had that phrase stuck in my mind forever, #does this make sense?, #i hope lmao, #:), #valkyrie, #brunhilde, #thor ragnarok, #thor love and thunder, #love and thunder, #marvel, #mcu, #marvel cinematic universe, #avengers, #marvel shitpost, #text post, #shit post
10 notes · See All
Next Page