Six Characters meme, fulfilled! Suggestions were mostly supplied via Instagram, so thank you if you were one of them! I really enjoyed drawing everyone (3.5 for the first time!). 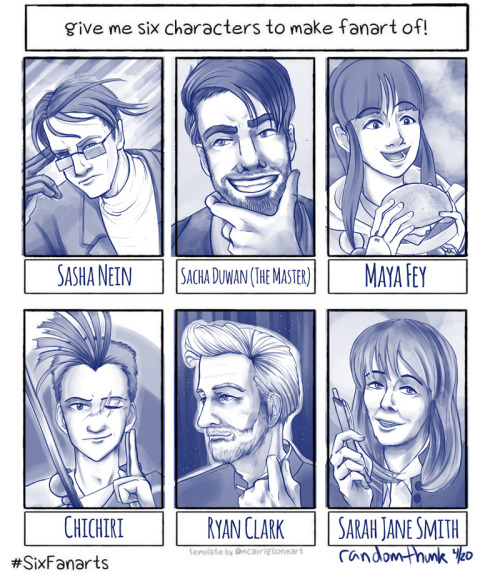 “These people are so dumb, I’m just hanging out with pigs and dolphins when we get back.”

Okay, listen, so basically we have missed our turning, okay, so now we’re stuck going the looong way around. Is that simple enough for you guys? Or should I get some crayons and draw this crap on the walls for you? Maybe use diagrams, little pretty colours, keep it real easy?

#avenue 5, #avenue5edit, #avenue5gifs, #billie mcevoy, #lenora crichlow, #idk why i like this bit but i do!, #show: avenue 5, #mine, #also just used the subtitles on my video copy so i hope its right lmao
52 notes · See All
avenue-5Photo 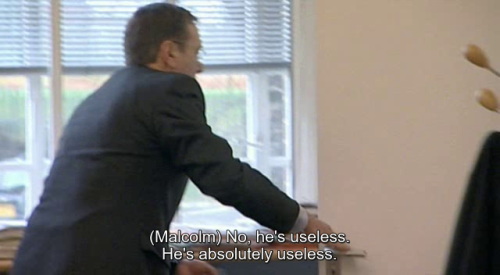 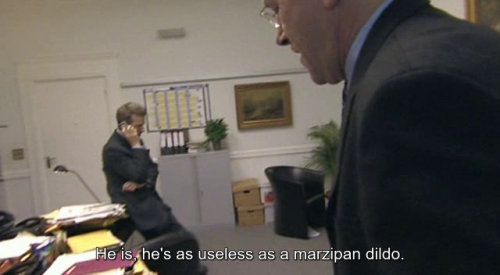 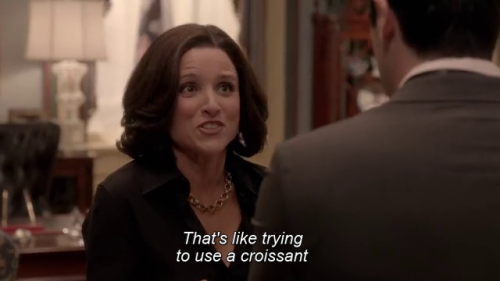 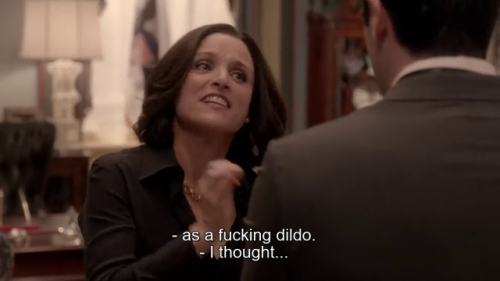 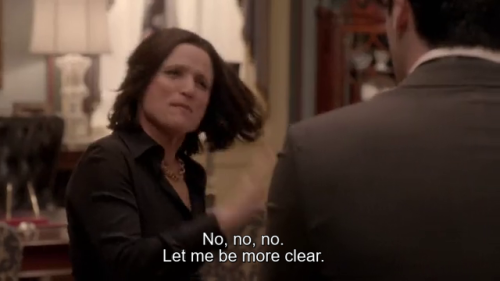 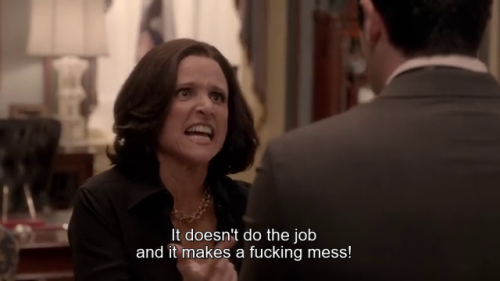 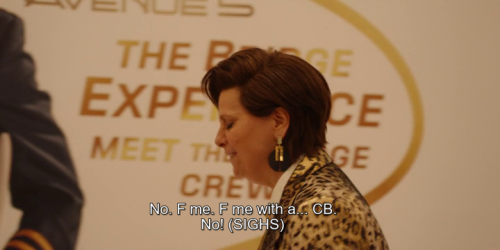 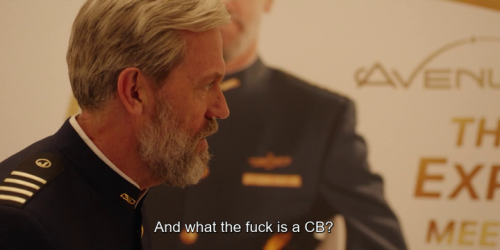 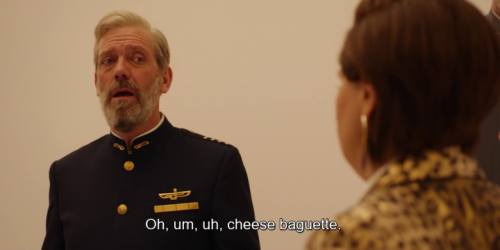 #avenue 5
3 notes · See All
its-yaboi-nezLink
the art of dissimulation - nezkah - Avenue 5 (TV) [Archive of Our Own]https://archiveofourown.org/works/23085403?view_full_work=true

Things can’t help but be a little awkward after Billie’s mistake of escorting a drunken Ryan to his quarters, but even avoiding him doesn’t seem to make it any better.  When she’s forced back into contact with him she finds other, more troublesome problems, but with a moment of realization she finds at least one that she can fix.

i watched avenue 5 recently (or at least as much of it as is out) and i can’t lie it’s everything i’ve ever wanted.

first of all, it’s armando iannucci who i fucking ADORE!!!! just such a great comedic style that i dig very very much. also, it has zach woods who i fucking adore. he’s such a weird, cryptid celebrity. he’s hilarious and just so unendingly odd and i love him just so much. (if u haven’t seen him on silicon valley ur missing out). ALSO HUGH LAURIE!!!!!! WHO IS FANTASTIC BUT I RLY DON’T LIKE DOCTOR THINGS AND I CAN’T BRING MYSELF TO WATCH HOUSE BECAUSE JUST DOCTOR THINGS GIVE ME THE HIBIE GIBIES BUT HE’S IN THIS AND HE’S GREAT AND ALSO IN A BISEXUAL POLYAMOROUS MARRIAGE WHICH IS JUST A DETAIL IN THERE!!!!!!!

ALSO it’s SCI FI COMEDY which i’ve been wanting my entire goddamn life!!!! like the show is a comedy not a drama or whatever. i’ve always LOVED sci fi cause my mom loves sci fi, but i’ve always found a lot of it to be a little TOO dramatic especially considering like a lot of the drama usually doesn’t come from things which are relatable and so it just makes it hard to really CARE all that much….. BUT NOT THIS!!!!!!!!!!!!!!!! it’s just really funny but also set in space which is always a good thing!!!!!

but yeah 100% would recommend to anyone looking for a show to watch, it’s fucking fantastic!

Rules: pick 5 shows, then answer the following questions. don’t cheat. tag 10 (or however many) people.

what’s your favourite character from 1?

who’s your least favourite character in 2?

what’s your favourite episode of 4?

Probably 2.11 “Day of Death.” Lucy fought for her life. Tim fought to rescue her. The Chenford feels were REAL. Bonus points for The Angela/Wesley moments <3

what is your favourite season of 5?

Well that’s easy since there’s only been one season so far! So, season 1 lol.

what’s your favourite couple of 3?

Grace and Judd. Omg they are so adorable and committed and there for each other even when they’ve got some shit to work through. My heart is so warm when they are on screen together. As for ships, I’m probably the only one in the world who sees something between Marjan and Paul, but I just think they would be soooo cute together <3

what’s your favourite couple in 2?

what’s your favourite episode in 1?

“Kiksuya.” Hands down. Wow. One of the best episodes ever in television history imo.

what’s your favourite episode in 5?

Hmm I guess the season finale?? But I love every episode tbh.

what’s your favourite season in 2?

how long have you been watching 1?

Since the very first episode premiered <3

I loved 911 and saw they were doing another set in Austin and decided to give it a shot. Tbh my expectations weren’t super high because I thought they were trying to appeal to a more conservative audience. Boy was I wrong! This show feeds me so well! I actually love it way more than the original 911 now <3

That’s tough because they all do so well! I think in terms of pure acting, I am usually most impressed by Eric Winter and Alyssa Diaz because they act with a lot of nuanced emotion that really showcases their personalities in subtle ways.

Wow that’s tough because they are such different shows! I guess because I’ve been needing more lighthearted stuff in my life recently I’ll say Avenue 5.

Westworld, because there are more episodes lol.

if you could be anyone from 4, who would you be?

Wesley. I mean, I don’t wanna be a cop and if I was gonna be a lawyer, I’d totally want to be a public defender. Also, he’s rich. I mean….. who doesn’t wanna be rich? I know he distances himself from his family’s money but at least the option is there if he’s in a rough spot. He’s super cute AND gets to be loved by Angela Lopez who is a total goddess <3

would a crossover of 3 and 4 work?

pair two characters in 1 who would make an unlikely but strangely okay couple?

Hmm I’m gonna go with a triad relationship between Maeve, Hector and Felix. Just toss Felix in the mix. He’s a cute sub who needs some lovin from mama Maeve and daddy Hector. Meow!

overall, which show has the better storyline, 3 or 5?

Maybe Avenue 5 just because it’s got a really interesting major plot whereas 911: Lone Star has been more about the episode plots.

which has better theme music, 2 or 4?

Stranger Things, hands down. That show has such a cool score.

I would personally like the thank Avenue 5 for ruining my life, I constantly shout IRRRIISSS!!! at any random moment with zero shame about it ✌🏻

It’s a bit blurry now (I’m awful at remembering dreams) but I know it involved Wilson getting sick or something. The thing is that House being a dick but secretly a softie decided to take care of him, while insulting him and being more hell than actually helping… Very in character my dream lol

Side note: Wilsons “apartment” looked sort of like Judd’s room in Avenue 5… Gold everything (it had more red tho), super extra furniture, and his bed was kind of like Judd’s, with the chunky gold frame, but it had the 4 posts going up to the very high ceiling…

Now Wilson couldn’t leave his bed fot some time (was he out of surgery? did I take the plot from that episode where he donates part of his liver or whatever? who knows… probably), so House was supposed to be staying in his old room at Wilson’s to cook for him and keep him company. He makes dinner and goes to take it to his room, and sits on the bed chatting while Wilson eats (I don’t know if in my dream House had already eaten or what but there was only one plate). He stays there, laying next to Wilson cause they where watching TV or something and then there’s a cut in my dream cause they both fell asleep and missed that little chunk of time (very imersive, I missed it too lol) and then House gets woken up by Wilson hand on his stomach, looks around and sees him drooling really close to him so he wakes him up. I don’t remember how the conversation went but it was something along the lines of “we fell asleep, I should be going to my room” to which Wilson, half asleep, replies something like “you’re taking care of me, shut up and go back to sleep”, and takes House’s hand and rolls over wrapping it around him.

#this is what happend when pinterest bombards you with pictures of these two, #only because i looked up one (1) thing lol, #angel talks, #didn't reread this so sorry for any mistake or lack of sense :P, #angel dreams, #that's gonna be a one time tag cause i never remember my dreams lol, #hilson, #house, #personal, #avenue 5, #? i guess i'm tagging that too?
7 notes · See All
blessmefatheriatealizardPhoto 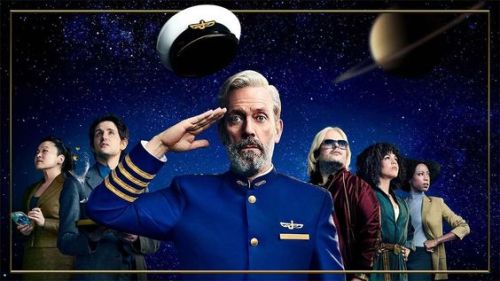 Avenue 5 is so good that I don’t have a favorite character! I love them all!

#avenue 5, #obvs ryan anc billie are top 2, #followed by karen and iris, #i just love mean ladies, #so much, #even mads and sarah and dough and mia are funny, #and i fucking love matt, #i even like judd! and i hate josh gad but not in this, #and rav!! i love her
1 notes · See All
rollingwiththedeadText

I normally abhor ships with a large age gap but for some reason I can get behind Billie/Captain Ryan without feeling skeezy. Huh.

#maybe its cuz shes not in her twenties? the actress is 35 so shes like a legit adult, #also she knows more than him lol so the power dynamic isnt shifted in his direction as much, #and i dunno, #i jusf like their chemistry, #avenue five, #avenue 5
2 notes · See All
Next Page