An autumn picture I was too scared to post, but I brushed it up and said what the heck! 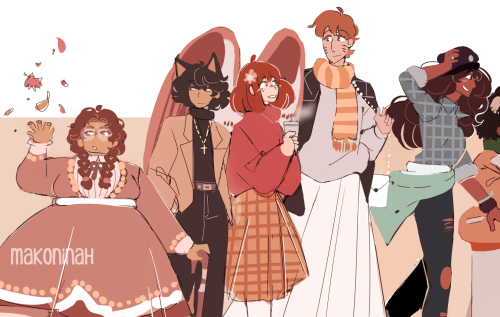 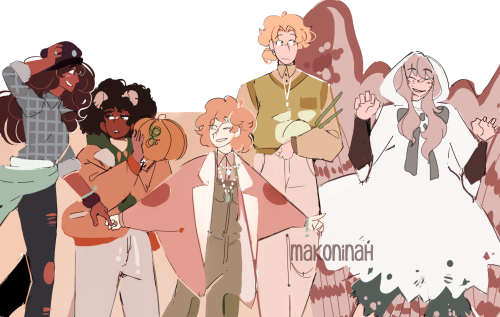 Oh, I have heard them all as well, anon. As much as I wish I hadn’t. That man makes the Malfoy parties look tame.

yellow walls and angel wings from paper plates. rug burns and sitting in the back dreading when they’d tap my shoulder. picking out the loops in the stained off-grey speckled carpet and pulling out the staples until my fingers bled. a yellow knife handle under yellow lights and one single tiny red light pointing our way. red on my hands, red in between and red all over. the yellow knife handle, i picture it being red, sticky red, like me, pointing it their way for once. giant blurry faces and tiny red ribbons in her hair. she’s just as scared as me and we know not to show it when the red light is off. sitting on decorated tables until they’re done (for today) sitting under them in corners until we can go (until next week). i always hated the scent of baby wipes. i hate the wet patchy feeling of them wiping down my face, my hands, in between, all over. the familiar scent of metalic red mixed with anticeptic to cover the smell. the tiny plastic slice holders on the pizza one of the monsters gave me, i used as a table for my miniature tea set at home. mom and dad didn’t understand why i wasn’t hungry for pizza after church. why i just wanted sprite. “my tummy hurts.” everything hurt. but i got a quarter for the game room and spent it on the toy capaule machines instead. i looked at the figurines inside the plastic domes and i wanted to save them like i wanted someone to save me. i took one home every time. i crushed the plastic capsules under my feet. “you’re free” i’d hold them “you’re safe” like no one held me.

Avery, to Morgan: you want to be Lola bunny so bad it’s unreal

Morgan: no, YOU want to be Lola bunny, you have the red hair

Avery: that’s Jessica rabbit I can’t believe how ignorant you are 🙄

#avery, #Morgan, #Audrey, #idk why I think this is funny and I want to draw it
2 notes · See All
couponimperialText

why do you all want me dead

oh maybe!! i like that actually altho i still need to do more research into what actually defines queerplatonic relationships

#cuz yeah romantic isnt hittin like it used to, #also AVERY AAH, #i am going to draw your ocs in return that is a promise, #asks, #avery
6 notes · See All
dramaticsnakesAnswer

This one is probably because

1) It’s totally a Roman song and I obviously have an imaginary animatic in my head because of that.

Prompt: write a poem to a person you can’t talk to anymore

To the person who’s name I can’t recall.

Can you remember me, the way I can’t remember you?

Your voice still stings in my ears.

Coursing through my skull with vibrations so loud

I’m knocked down by your presence.

The letterer that you etched into my mind

Cling to me so long after you are gone.

I remember us laying the grass.

And the moons piercing gaze

With it’s all knowing eyes.

Your voice on the wind sung me to sleep,

And I floated amongst the stars you created.

But when I was drawn back to reality

You were out of my reach

And I had been burned alive

Just a short bio of my original character, Avery in the Devil May Cry universe

Poison Immunity- immune to all known types of poison

-she is proficient in hand to hand combat

blunt, anxious, tense, can be fussy, can be overcritical and/or harsh at times, perfectionist, secretive, stubborn

HISTORY: When she was young, Avery was kidnapped by a cult and subjected to various types of inhumane experimentation, which is the reason for her abilities. When her abilities manifested, this simply intrigued the cultists more and they continued the experimentation and torment with the intent on using her as their “secret weapon”. One day, however, after years of torture and experimentation, she finally snapped, and, in a fit of rage and fear, she massacred every last cultist. The ordeal tired her out greatly, however, and she was left alone and weak, wandering the nearby forest.

She was found by an old man who lived alone in a cabin in the forest. He brought her to his home and nursed her back to health. In the month that followed, the two became close, much like a father-daughter bond. Unfortunately, Avery had still not mastered control of her abilities yet and, one day, killed the old man by accident. Devastated, she wandered alone from place to place for a few months, working to gain control over her abilities in hopes of avoiding any such tragedy in the future. Though, she still viewed herself as a monster and wished to find some way to undo what had been done to her.

It was this search for a “cure” that led her to the tower Arkham and Vergil had raised during the events of Devil May Cry 3. Figuring her best chance of undoing what had been done to her would likely through some means of the occult as that was how it had come about in the first place. She set out to climb the tower, hoping to find some book/tome or someone who was an expert in the occult that could help her. That was where she met Dante, Vergil and Lady.

Though she never found the answers she was looking for, she ended up helping Dante and Lady stop Vergil and Arkham. She and Dante bonded during that time, and though she wasn’t able to “cure” herself, he helped her find some acceptance. They’ve worked together ever since.

Avery is wary of getting close to others, both because of all of the physical abuse she suffered at the hands of her captors, and because she is insecure about the dangerous nature of her powers. She has the fear of accidentally using them and hurting or killing someone.

Ajdkjfksdjglksdjgklsdjkl aah thank you Avery, that’s so sweet! I’d love to be a Snakes in the woods hanging out in the trees. I aspire to be.

#ajdksjfl, #thank youu, #AND YES I HAVE NICE FRIENDS, #they're amazing, #not ts, #asks, #Avery
4 notes · See All
remysimsText

#avery, #she's my sl Sloan, #but with a mix of Gray style, #& Alfie's personality, #dancing in her room, #fun times in sl, #sl, #something to post
16 notes · See All
totallycubulardoodText

I caint remember if I’ve ever posted ACTUAL refs for the one minute au so!!! I redrew/updated themb!!!!! Yuo will look at my au :grabs:

#off mortis ghost, #off (game), #my art, #across the floor | art, #one minute, #one minute au, #one minute alma, #one minute Avery, #one minute ike, #one minute orion, #Avery, #Ike, #Orion, #Alma, #elsen oc, #ask to tag, #tw blood, #UUHHHHH I think that all the tags...god, #god I love this au so much man iim such a sucker 4it, #if u ask questions or are even Slihtly interested I’ll kiss u, #ALSO omg I made this post at like 2 but I queued it bc classes so :)
11 notes · See All
adashofniallandasprinkleoflunacyText

Here is Mr. Avery in his favorite sleeping position: Ball 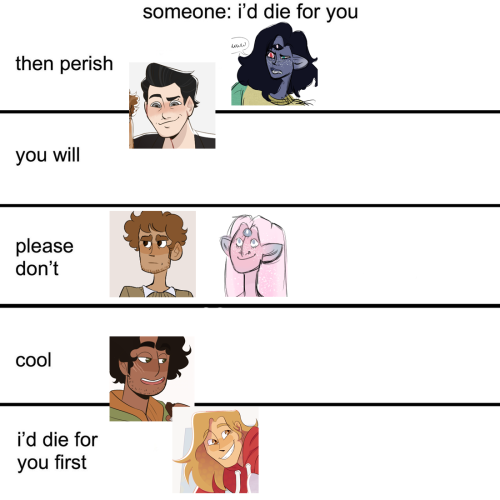 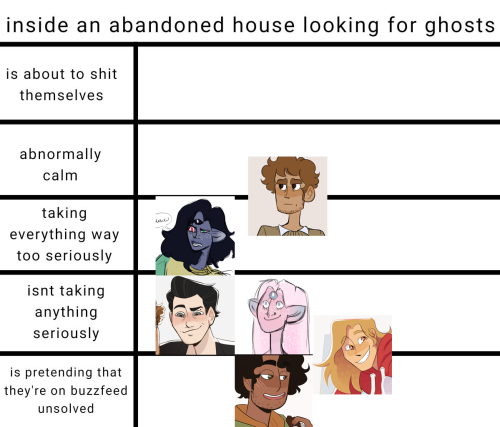 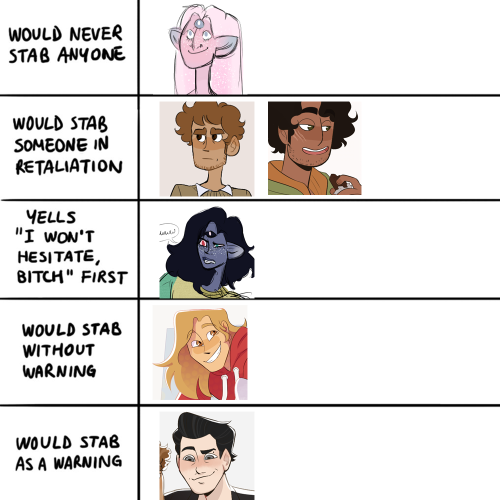 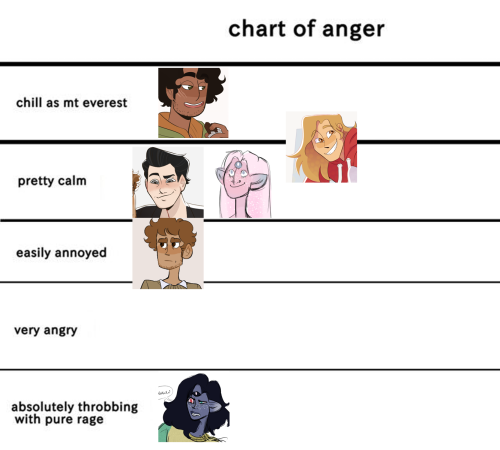 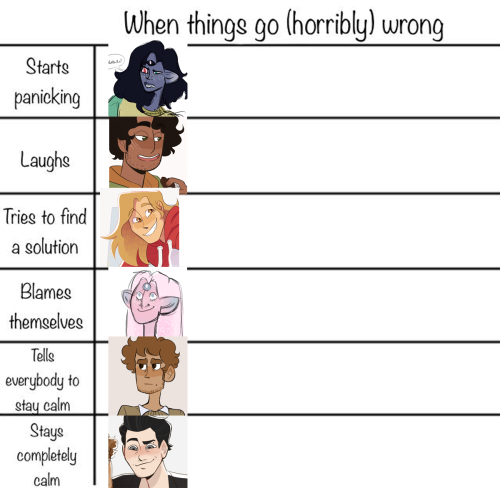 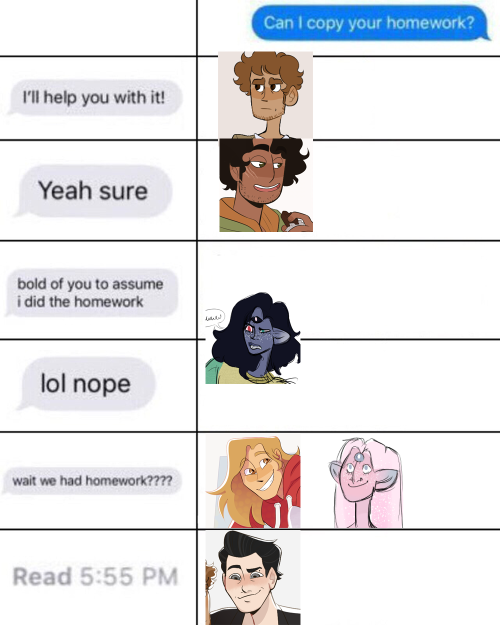 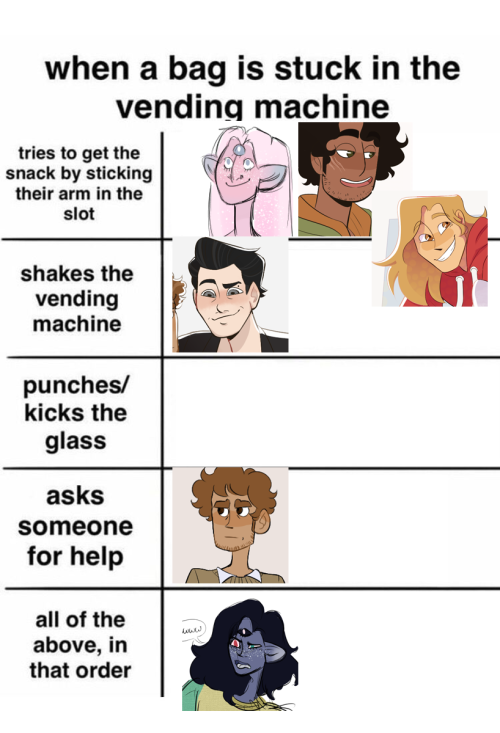 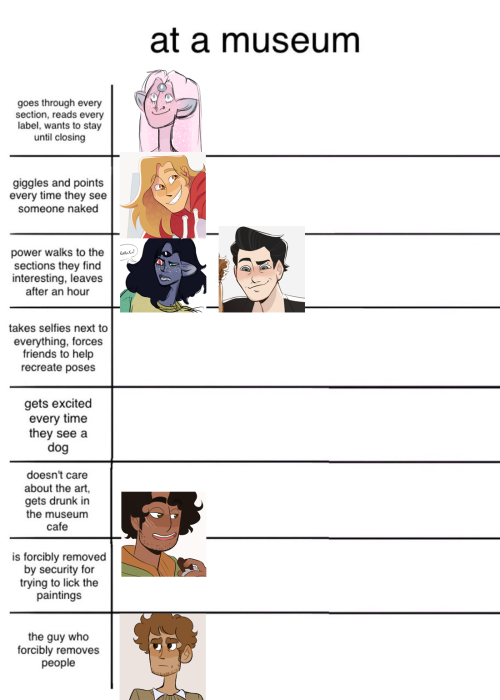