Drew this as a little break from the comic

Gotta go back to it now tho 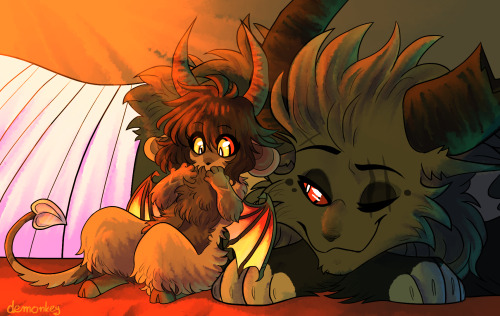 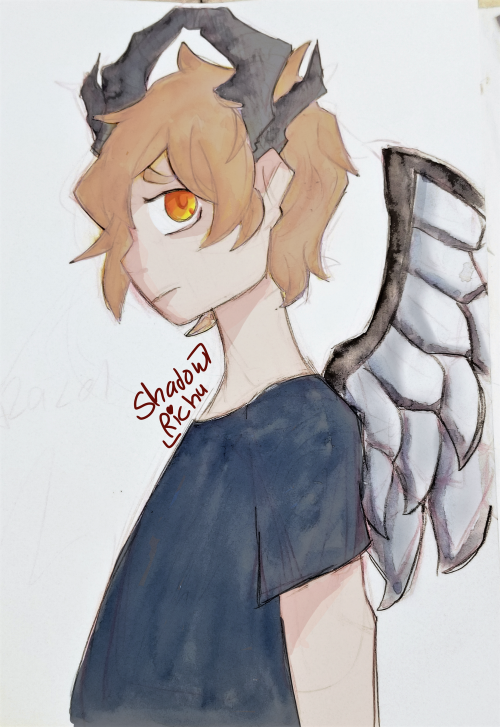 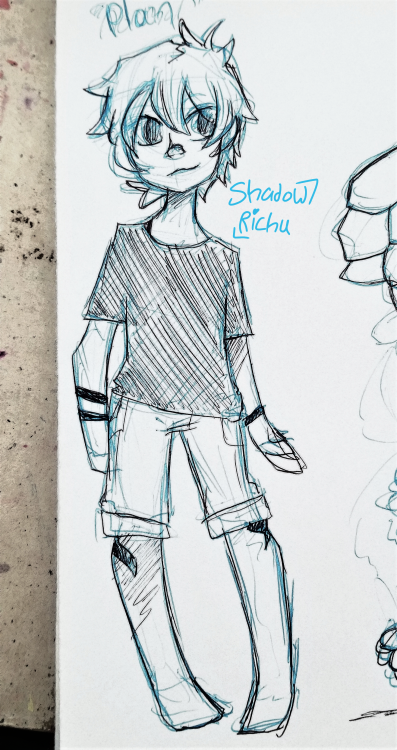 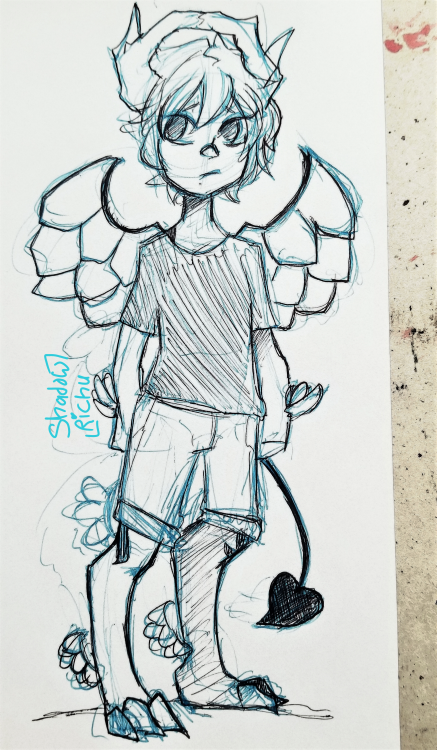 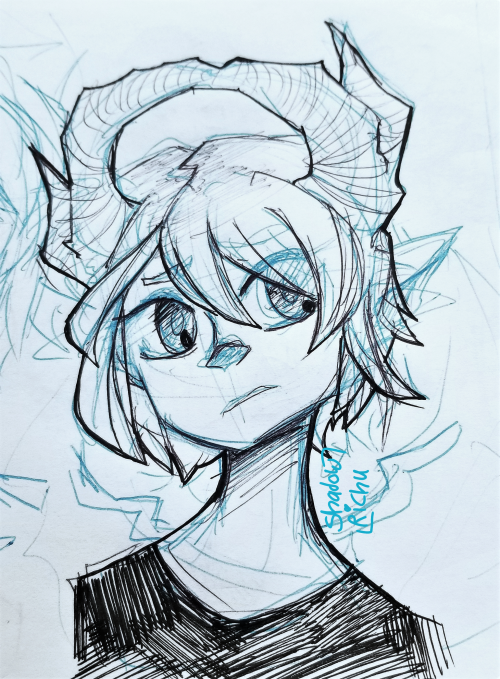 The way Azazel was rooting for Sam Winchester to win including shaping his life to be the king of hell while Jake Talley still ended up as the true winner. The way Jake wasn’t who Azazel was betting on. The way Azazel was happy for Dean bringing Sam back because despite the obvious ways in which that puts Sam in a place beyond his skill level, making Azazel’s games inherently unfair, it wasn’t technically cheating. The privilege Sam held: as the wanted legacy king of hell.

#the point of this message is the evil demon azazel is racist#azazel#jake talley#sam winchester#all hell breaks loose#s2#jake#sammy#spn#supernatural#incoherents#the way that Sam literally did not succeed within that system whatsoever but still ended up titled king of it......#not that he'd ever want it.#I mean part of that is why he was so bad at it. he was incapable of succeeding with his powers due to repression right?#so if Hell hadnt focused on him his legacy if he hadn't been placed as winner in a rigged game#maybe they would have succeeded#it was a role Sam would never be good at.#the unfairness within this system led to the downfall#not that I think Jake is very evil either but he was also placed in the final round. Ava had been there for months.#so like....#who else could have killed Sam so easily he never even went up against?#besides Jake: who did.#btw this analysis is not about how fucked up the way they portrayed Jake in spn is like. this is in universe biad#bias*#obviously I am appalled by this horrific show depicting Jake as violent and then graphically killing him#i just want to talk about him outside that too cause his character still deserves analysis. like his backstory and motivations#are SO interesting#I've spent forever wondering where every reasonable action he takes switches when he doesn't shoot Azazel and what led him to go off track#there besides obviously the show villainsing him. what is his past. his relationship with his family. we get tidbits#but not enough to flesh out one of the quintessential decisions in the plot
15 notes
marreeps-art
Photo

never posted this one here 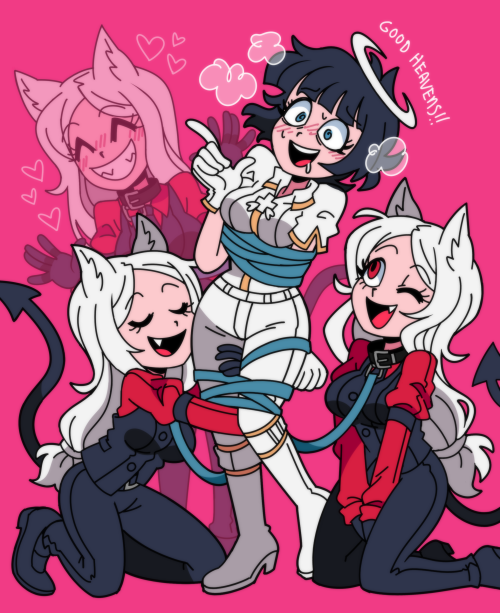 Remiel: What do you want.

Big brother: that doesn’t sound like you, but I suppose that decades of lying to yourself about how The Bird loves you and then lying to your partner sure changes a person.

Remiel: I- don’t see what you’re talking about.

Big brother: Don’t play that game with me, Remiel.

Big brother: I know you’re keeping my sibling away from our horde where they belong, and chained to the elders.

I know you’re just as weak and desperate as before they got us.

Remiel: Wh- Azazel what do you want from me-?

Big brother: To stay the fuck away from my sibling while I’m here would be a good beginning.

But I came to give you a warning.

Big brother: He is watching. And no matter what you do, you can not avoid your fate.

Now, stay outta my way. You’re lucky I was not allowed to kill you right here and now, or else you would have been dead meat, little bird.

Big brother: I would say the rest of the horde. But they aren’t actually related to me, unlike Leliel.

The way that age is almost interlinked with power in Supernatural except when it isn’t. “This may come as a shock, but the magic does not lie in a pile of crappy plywood or in any phony abracadabra. It’s in the nine-hundred-year-old witch.” Angels come in, the most powerful entities yet: the oldest entities yet, so old they put the scale of humanity to nothing. Darkness and God interlink. Time is beyond them. When did Death come into existence? He can’t remember, it’s been that long. But then there’s the people, this individual short term power forced into a perspective that is marred by power, into developing into it. A drop of blood in infant Sam’s mouth causes his life to be shaped by the destruction if it, leads him to kill the first ever demon to exist, to defeat the devil himself. And Jack? Jack is the most powerful being in existence. Jack was a baby, an infant, screamed at and a thing to be terrified of by who he respected most. There’s no time to twist beyond the desire for good. No time for indifference. There’s just him valuing every human life. The shift: power not in governing factors but in an individial significance itself. Jack is it antithesis of power in Supernatural and the epitome of it.

#jack kline#spn#supernatural#jack#Sam Winchester#patrick#the curious case of dean winchester#incoherents#lucifer#amara#death#chuck#sammy#azazel#how could jack then be an indifferent God? make it make sense.#the first thing he does is save his Dad
14 notes
krabandkrill
Answer

Big brother: I fought them many, many times. You will have to precise which time you’re referring to.

You walk out that door, don’t you ever come back

Bobby’s not giving up on his boys ❤️

Bobby Singer: [Talking about Sam] Dean? Dean! You listen to a word I said?

Dean Winchester: Yeah, I heard you. I’m not calling him.

Bobby Singer: Don’t make me get my gun, boy.

Dean Winchester: We are damn near kickoff for Armageddon. Don’t you think we got bigger fish at the moment?

Bobby Singer: I know you’re pissed, and I’m not making apologies for what he’s done, but he’s your…

Dean Winchester: Blood? He’s my blood? Is that what you were gonna say?

Dean Winchester: Bobby, I tried to help him, but… look what happened.

Bobby Singer: There’s no such thing.

Dean Winchester: No, damnit! No. I gotta face the facts. Sam never wanted part of this family. He hated this life, ran away to Stanford the first chance he got. Now it’s like deja vu all over again. Well I am sick and tired of chasing him. Screw him. He can do what he wants.

Bobby Singer: You don’t mean that.

Dean Winchester: Yes I do, Bobby. Sam’s gone. He’s gone. I’m not even sure if he’s still my brother anymore. If he ever was.

Bobby Singer: [turns and leans on the table, fuming. After a moment he makes a big angry sweep with his hands, tossing books and papers to the ground. He advances on DEAN, who stands] You stupid, stupid son of a bitch! Well, boo hoo! I am so sorry your feelings are hurt, princess! Are you under the impression that family’s supposed to make you feel good, make you an apple pie, maybe? They’re supposed to make you miserable! That’s why they’re family!

Dean Winchester: I told him, “you walk out that door, don’t come back” and he walked out anyway! That was his choice!

Bobby Singer: You sound like a whiny brat. No, you sound like your dad. Well, let me tell you something: Your dad was a coward.

Dean Winchester: My dad was a lot of things, Bobby, but a coward?

Bobby Singer: He’d rather push Sam away than reach out to him. That don’t strike me as brave. You are a better man than your daddy ever was. So you do both of us a favor. Don’t be him.

“You swore your obedience, so obey.”

Cas looks so uncomfortable, avoiding Dean’s eyes and looking down

“Well, I didn’t ask you for your opinion.”

and Dean must kill Lucifer

“God? God has left the building.”

to apologize, and look guilty

“it’s all a bunch of lies, you stupid son of a bitch!”

“No more crap about being a good soldier. There is a right and there is a wrong here, and you know it.”

“If there is anything worth dying for… this is it.”

// sidenote: I am hungry and this episode is so lonnnng

That’s not the actual message

who changed it, uh?

Dean was about to eat and then who shows up? Castiel, drawing on the wall, to save Dean

Lilith IS the final seal 😉

but he’s still a monster

and he just broke the final seal 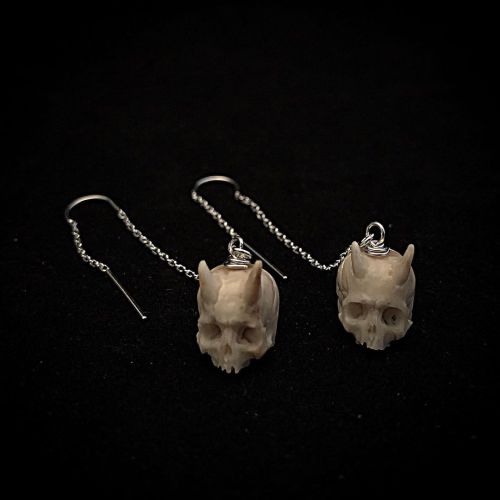 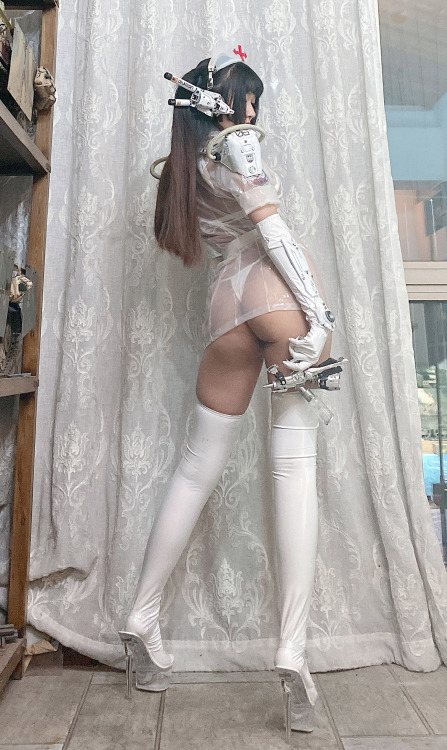 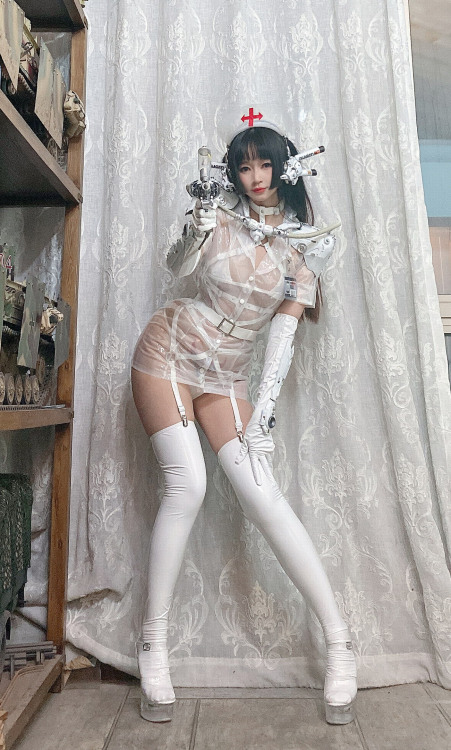 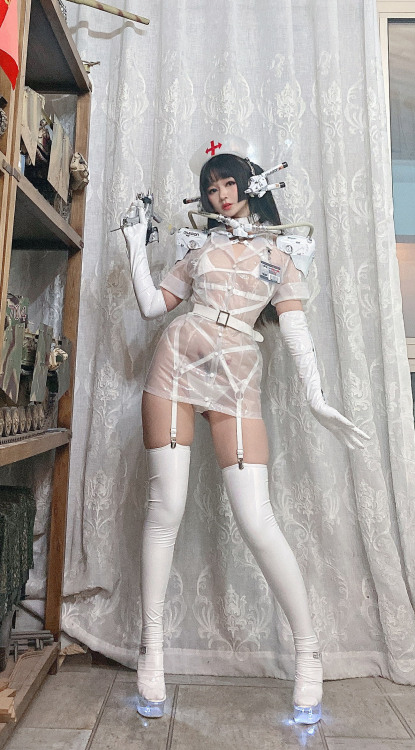 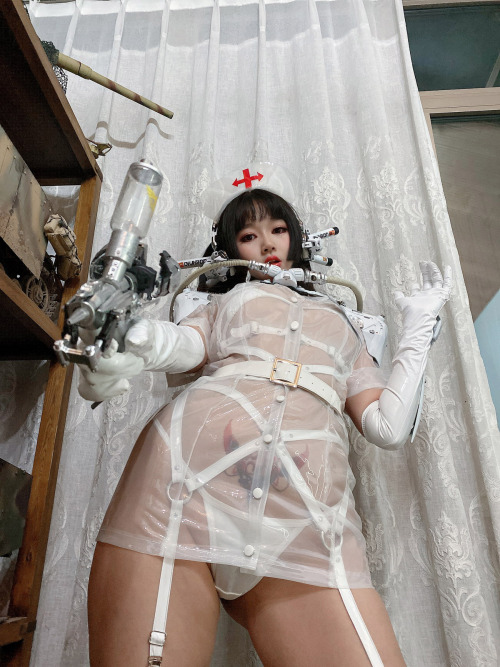 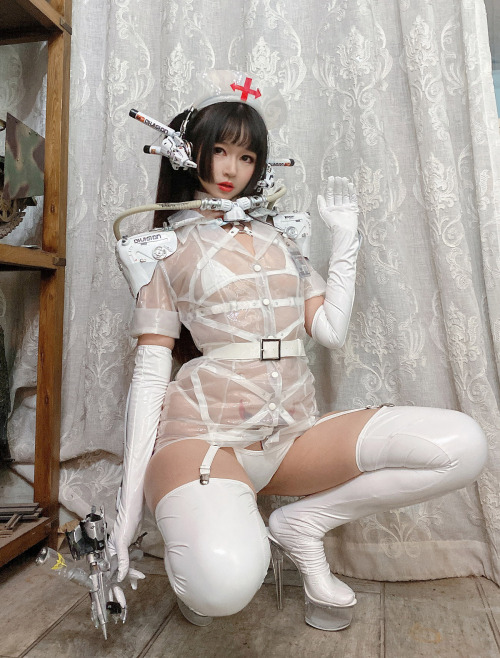 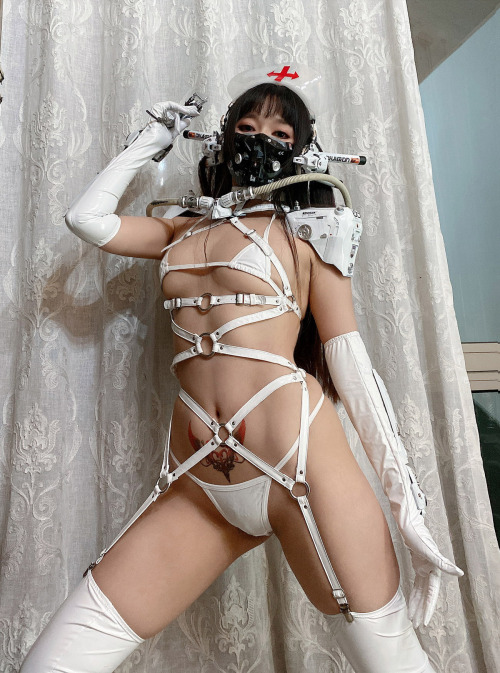 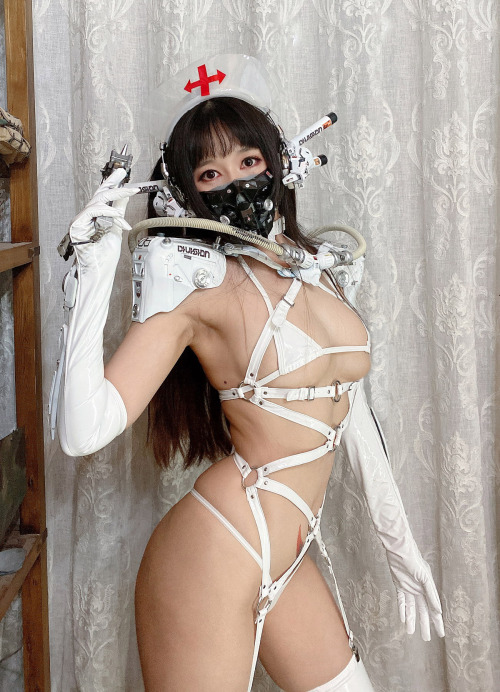 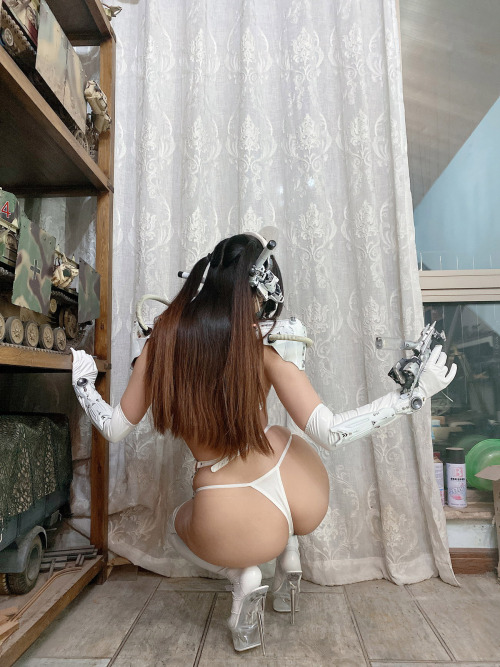