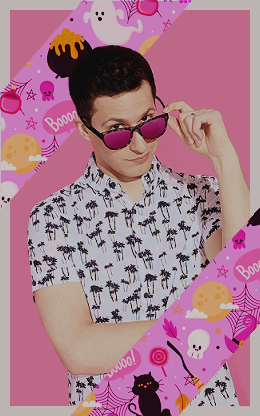 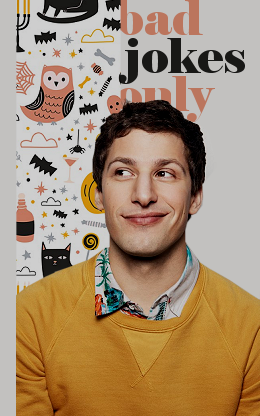 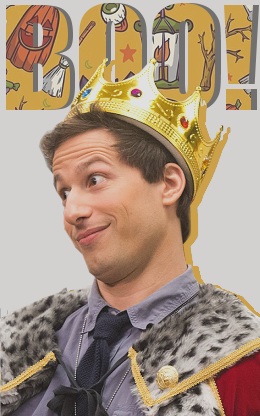 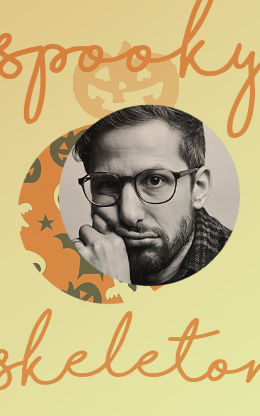 In the wise words of Rosa Diaz, “you can’t spell Go Fuck Yourself without Fuck You.”

I know nobody gives a shit but I’m feeling really sad and lonely (who isn’t) so just let me have this please. Also this are my favorite shows today it changes like every fucking day

Chaotic evil if I ever saw one

Another Netflix original that deserved so much better, it was amazing and I cried at like very single episode also I’d die for Gilbert Blythe

And yet another Netflix original that deserved better, because this show is magnificient (idk how to spell) and I need to know who the fuck drew the dicks

Of course, it’s fucking perfect and you can’t even fucking deny it

3. A Series Of Unfortunate Events

If you’re American you probably haven’t heard about it because it’s chilean (is that how you say from Chile?) but it’s so amazing with so many incredible songs and the funniest jokes I’ve ever heard and you can tell it’s made by a couple of guys just having fun because it’s so… idk it’s perfect and if you know (or even if you are trying to learn) Spanish you should definitely watch it

1. The Umbrella Academy & What We Do In The Shadows

#the umbrella academy, #tua, #what we do in the shadows, #wwdits, #31 minutos, #a series of unfortunate events, #asoue, #avatar: the last airbender, #atla, #american vandal, #euphoria, #anne with an e, #santa clarita diet, #brooklyn 99, #b99, #community
12 notes · See All
khushiiiiiiText

I wish I was rich,

#stop talking abbie, #two latinas???, #one with a canon praise kink one with a canon mommy kink???, #how could fox give us that and then take it away, #brooklyn nine nine, #brooklyn 99, #b99, #jake peralta, #amy santiago, #rosa diaz, #amy x rosa
13 notes · See All
justagirldudeText

Kevin has to win the next Halloween Heist!

I dreamt that Robert Manion played a mix of ice hockey and wrestling against Hitchcock from B99. I’m not sure who won but it happened in a huge garden with a bowling alley and in the end I forgot my pencil case on some russian battleship and Robert was very annoyed by that.

I made this for my crush

While rewatching B99 for God knows how many times, I realised how Jake not only went from reading 15 books in Season 1 solely based on cops in the 70s to reading Harry Potter books in Season 4 because Amy loved those, but he also did something that Season 1 and 2 Jake most certainly couldn’t do— calling in sick (reference in “The Fugitive Part 1”) not to rest but to read more books and taking time off of his work. This is definitely one of the cutest character developments (and the list gets longer with every season) WJDHEJSJW!!!!!

did yall see these on intsa look at the fake cheddar 😭😭

#am i crazy, #he looks like a model, #and also really young, #this is the new favorite picture of ray, #also in his pjs wow, #ray, #b99
10 notes · See All
moreculturelesspopPhoto the claim that teddy makes that jake and amy have “nothing in common” is so fucking stupid they literally work together but beyond that, they both LOVE their job

unlike The Office where the point is that jim and pam hate their jobs but it becomes something special because the other is there, jake and amy would still love working as a detective without the other there. It’s actually pretty refreshing to see a workplace show where people are enthusiastic about their jobs (who aren’t the boss). Everyone at the 99 loves working except maybe Gina, so the point of the show isn’t that they bond over their hatred of work and finding little moments together, it’s that they bond through their crazy work and enthusiasm for it.

Jake and Amy aren’t who they are because of each other, but really because of their careers. Jake hints often that the only part of himself that he really finds interesting is his job. Everyone he talks to and gets along with has some interest in that. Amy’s ambitions all correlate with her job, because she sees it as a way to prove herself.

These ambitions and motives don’t change when they meet each other. Amy still wants to become a Sargent, Jake still loves his job and to have fun. The real different of them being together is that they support each other to do better. Their competitiveness (another thing they have in common) often ends in them challenging each other in the way they think and act.

Their mindset is what changes with the other. Jake is often more willing to become humble when Amy talks to him, and Amy loosens up and confronts her own flaws because of him.

That went on a tangent and makes no sense, but basically, they have a ton in common, and those things are able to help the other achieve what they’ve always wanted. The two of them would end up in the same situation as the other often, because their desire to be the best is the same, it’s just their surface level personality traits and flaws that make the arrival to the destination different from the other.

The things they have in common are actually much deeper and meaningful than their differences, because they’re what bring them to the circumstances that lead them to getting together. Without their competitiveness, they never would have gone on that fake date, without them wanting to prove themselves they would never work so hard on their cases, hell, without loving their job they probably wouldn’t have met.