Summary: You’re running for your life when you cross paths with an ex-bounty hunter and his small, green companion. You never thought you’d find someone throughout the whole galaxy who was as lost as you.

Note: (Heavy AU - Slooooow Burn) I seriously love this chapter. It’s the first scene I imagine all those months ago that started it all, and that’s all I’m going to say about that! I really, really hope you all enjoy it. Thanks for reading! ❤

After barely escaping that gods awful job, Din found you a couple hours later down in the hull, standing before the supply shelf. You were pulling the bacta patch off the back of your right arm, inspecting the new, pink scar there from wrist to elbow. You noticed his approach and turned, eyes darting up towards the cockpit.

“Is he-” you started to say, but Din interjected.

“He’s sleeping. He pulled that satchel up onto your chair, crawled into it, and passed out.”

You sputtered a laugh, and Din tried so damn hard not to focus on that sound. On the way that smile lit up your whole face. He followed you down here for a reason, and he would not allow himself to be distracted.

I love all the cute photos I have on my island 🥺

SO.. I have been working on some buttons, and I wanted to know what they would look like as a finished product.

Let me know what you think <3 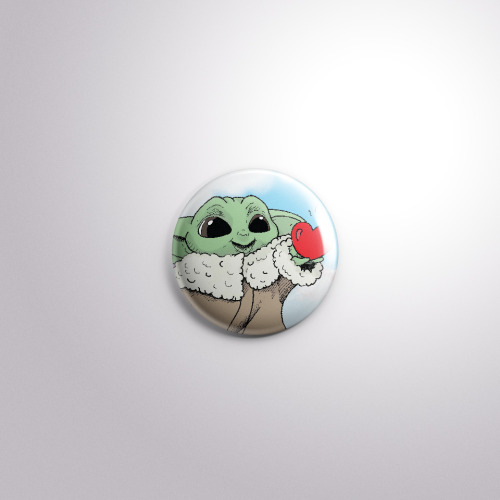 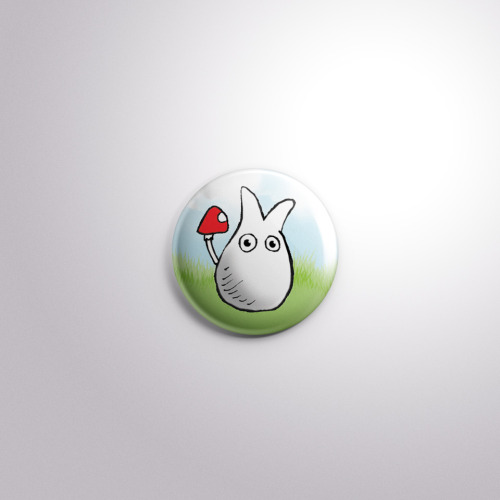 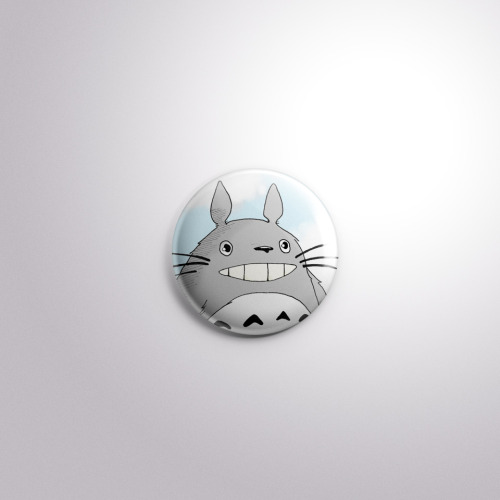 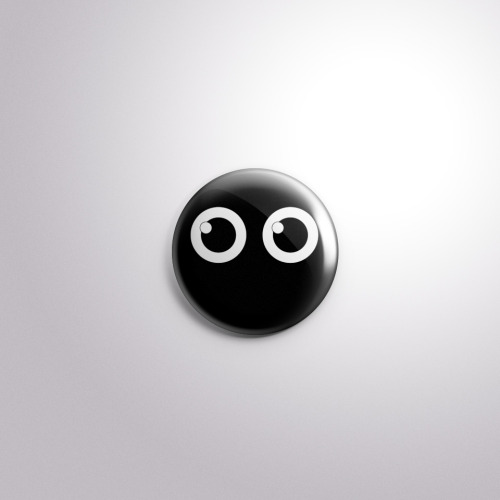 I’m posting this video again because I’m just really proud of it. I know it’s not much, but I put more work into this one than I have in any video I’ve done (besides maybe my Split vid). It’s a fanvid for the Mandalorian set to the song “The Chain” cover by Welshly Arms.

Baby Yoda t-shirt design I made.

This is the Epilogue of the series where I have inserted my OC character (Mando’s daughter) into the Disneyplus television show. With her addition I believe this helps the viewers understand the choices Mando makes in the series. Would love to hear feedback!

I do not own these characters and the story and dialogue goes to the   respected credit of the screenwriters and creators of the show.

Unknowing where to head first, Mando flew the Crest discreetly putting it in autopilot because today was a special day and he hoped Osa had awakened. Mando went to the children’s sleeping quarters to find Osa still unconscious while the child smiled at Mando’s sight. Happy to see the child in good spirits but disappointed Osa was incoherent, Mando sat on the edge of the bed contemplating, and would celebrate with her no matter what.

Since the child was now apart of their clan it was not forbidden for him to see either Din or Osa helmetless. With a simple click Din removed his helmet and then gently removed Osa’s, “Happy Date of Existence Mi Pequeno,” Din said through a smile while placing his hand upon her cheek.

He glared down at his daughter in such pride tears glistened over his eyes because Din was so happy they had found each other. All Din could do was stare at her, but upset she wasn’t recuperating faster when Osa began to stir.

Her hands curled making a strenuous fist, her face scrunched up in fear, and her eyelids fluttered from the rapid movement her eyes made behind. Din knew preciously what she was going through, it was the same from when she was a child, the horrid nightmares had returned.

A moan of panic escaped her throat along with a single tear, Din could see his daughter was trapped and had to help her escape like he did for her fifteen years ago.

“Osa, it’s okay, Papi’s here. Fight them, fight them off. Papi will always protect you,” Din placed his head beside his daughters pressing his lips close to her ear. He inhaled a breath and began to hum a soft tune his mother use to sing to him as a child.

The melody always brought him at ease by his mother’s gentle tone and believed his version, for Osa, did the same for her. Din held her close, still feeling his daughter stir from panic and whimper from fear, but he would chase the nightmares away and bring her solace.

The serene tune was coming to an end and so was her horrific dream, her body relaxed and her breathing returned to normal. Din rose happy she was at peace but baffled why she wasn’t waking up. Did healing him take that much out of her? She recovered fast after healing Karga, but the child had also participated. Was it because she absorbed years from his life and her body couldn’t process the rapid change?

Upset with himself, Din stroked the white (that use to color the sides of his head) in Osa’s hair wishing he could, somehow, take back what she had done. He felt guilty, tormented even, that on this day she was only suppose to turn eighteen, not older.

Feeling lost Din just closed his eyes and kept his head low. Sensing his pain, the child knew what to do and placed its tiny hand on Osa’s chest also closing his eyes, mimicking its father.

Without much effort the child undid what she obtained, absorbing the years himself since they wouldn’t affect him in the least compared to a humanoid; every year counted for them.

Din didn’t care how long it would take Osa to wake up, he would stay by her side, just like how she was always at his. Din raised his head and opened his eyes to memorize his daughter’s face when something caught his attention. Ever so slowly the white that colored the sides of her hair was fading and returning to her natural brown color.

Amazed by this phenomenon, Din glared at Osa to try and figure out how she was achieving this feat, when he noticed the child performing the miracle. Once the task was complete the child sat, with a hint of exhaustion, and stared up at Din with a small smile on its face.

With joy, Din smiled back and cradled the child’s face in his hand, truly thanking his son. The child cooed, basking in Din’s affection when she spoke the word he would never tire of hearing, “Papi.”

“Osa,” Din said ecstatic, cupping her face in his hands.

“How did I get down here and you up there, wasn’t it the other way around?” Osa pointed out.

“Yeah, it was,” Din replied in a chuckle when Osa’s demeanor changed, “What’s wrong Mi Pequeno?”

“I saw it,” Osa said almost in tears but Din didn’t need an explanation of what she witnessed, because he knew.

“And,” he wasn’t sure how to proceed.

Osa rose to a sitting position and stroked the child’s long ear with her finger, “Him and I, we’re connected due to Gideon’s experimentations. That’s why I can’t control my abilities, it’s because I wasn’t born with them; I was infused. This is where my nightmares manifest, they are from when I was at the facility. Him and I were both there, Gideon took what ever is inside of this child and infused it with me. Why would my mother allow me to be experimented on? Did she finally feel guilty and that’s why she gave me to you, so I could be your burden.”

“You are not a burden Osa,” Din said forcefully when she changed the subject.

“Do you have doubts that I am biologically your daughter?” Osa had to find out.

“Anara never gave me the chance to find out, but if the math is done correctly, your conception lines up, but when I received you your appearance wasn’t what it is now, unfortunately making me question,” Din reveled.

“Tell me, tell me about today fifteen years ago,” Osa figured out that her actual date of existence wasn’t based off of her birth, her father based it off on the day he received her.

You too need to freshen up, little man! 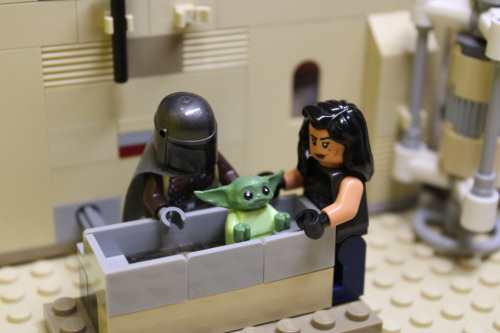 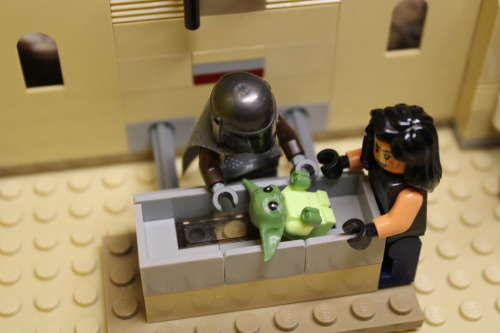 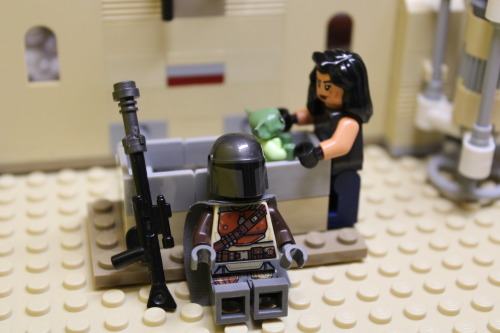 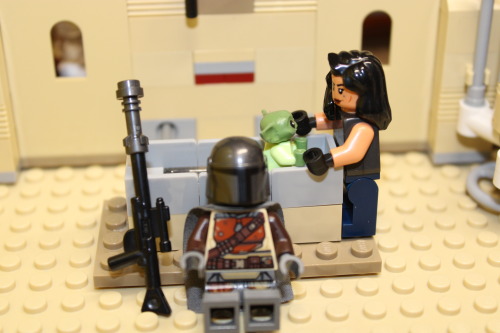 Pedro is what the kids call A Snacc™️

Sending you all good vibes and well wishes

#baby yoda, #the mandalorian, #today is a rough day
15 notes · See All
i-guess-it-rainsText

Day 7 of total lockdown and Painting rocks for… Easter?

Bonus Baby Yoda egg. (Because that’s how the species is born. You can’t convince me otherwise.)

Would I die for baby Yoda today?