Well it was bound to happen at some point. waggles eyebrows

I am honored that you chose me for your first ask. I hope this small story of mine satisfies you!

There was no way that his stupid plan would ever work. Trying to negotiate with a troll! Damn that burglar. He would not only cost them their lives, but also the small chance they had to reclaim their home.

“They have parasites, all of them. Nasty business if you ask me. I wouldn’t risk it. I really wouldn’t.” he could hear the shaking voice of the dangling hobbit again.

“Parasites?! We have no parasites!” rumbled someone to his left.

A well calculated kick in his nephew’s side made them all rethink their approach. The burglar at least seemed to have some kind of plan. But really, parasites? Grumbling into his beard he swallowed his pride and swore to himself to never speak of this day ever again, before he also started to yell. Embarrassing.

“The dawn will take you all!” with a loud crack the boulder broke and bright daylight flooded the clearing.

“What were you thinking, burglar?” Thorin roared as soon as he was free from the sack and had put on some decent clothing, “You nearly got us all killed!”

The hobbit, covered in snot and filth, was desperately trying to get the slimy substance out of his mantle. Ridiculous effort. Well, not that he cared. Not at all.

Kili, on the other side of the camp was receiving a similar ear full of his older brother. Something about being reckless and what he was thinking charging into the fight like that. Thorin had to agree with Fili.

Sadly, he hasn’t acted any better. He had charged in like that as well, unprepared, reckless. He should have known better. But the sight of Kili against those three giants all alone and the burglar- no, he would certainly not care about the burglar. He was no more than dead weight on this quest.

Still, why was his heart clenching tightly each time the hobbit stumbled or seemed to be in danger? Why would he rest when the small frame of their burglar crouched in exhaustion? Why did his belly felt like a million butterflies when that hobbit was near, looked at him and smiled? By Mahal, what was wrong with him? Had he eaten something spoiled?

“Have you lost your damn mind?” the angry outbroke of the burglar caught him off guard, but he kept his facial expressions in check.

Frantically rubbing at one of the darker stains on the red coat he takes a step closer towards Thorin. His toes nearly touched the tips of the dwarven kings’ boots. His golden curls were a mess, Thorin nearly raised his hand to untangle one of the strands but stopped himself just in time.

“If it wasn’t for you and your gorgeous voice, luring me on this journey to end up as a dragon snack you would be long dead! The trolls would have swallowed you and your pretty ass in a matter of minutes if I hadn’t stalled for time. But all you do is complain with that sexy voice coming out of your sweet mouth. A simple thanks would have been nice! … Never mind,” he sighs, looking down on his ruined coat, “I am going to head down to the river to wash my clothes and clean myself throughout. If you swallowed your pride and came to your senses, you are very welcome to join me. I could use some help with my hair, it has gotten quite long over the past few months.”

Without another word Bilbo turns around, heading down to the river. Leaving behind twelve gaping dwarrows, an amused wizard and a dwarven king, completely perplex and baffled by the words this seemingly gentle creature had spoken.

Had that been an invitation?

If you like what you have read consider reblogging my story for others to enjoy too.

I am always open for asks and requests for shorts of our favorite dwarrows!

thorin is an attentive boyfriend when need be - i.e. when bilbo comes home from bad days at work. 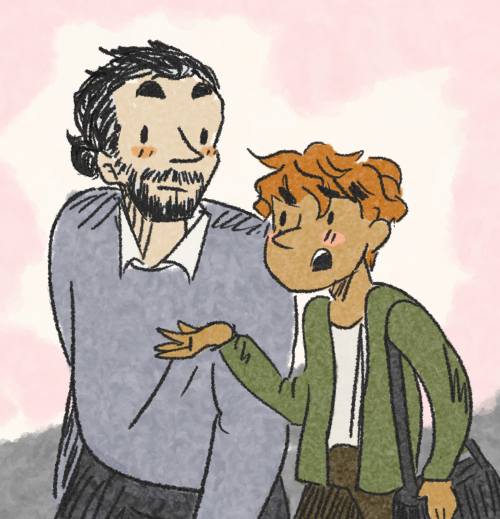 #bagginshield, #i can already hear him rambling about his incapable coworkers, #the hobbit fanart, #bagginshield fanart, #bee
3 notes · See All
domesticgoddesswriterText

I’ve posted the next chapters Bride of the Demon King, Once Again, and The Blind Burglar for you! Enjoy!🥰

My first ever ship was bagginshield. Wanna rp it?

Have you ever just gotten a random like/reblog on a post from 2014 that you completely forgot about because no one has liked/reblogged it since 2014 but here is this one account who found the one post among the literal HUNDREDS OF PAGES of posts and you wonder how the heckin hell did they find this specific post to like/reblog? 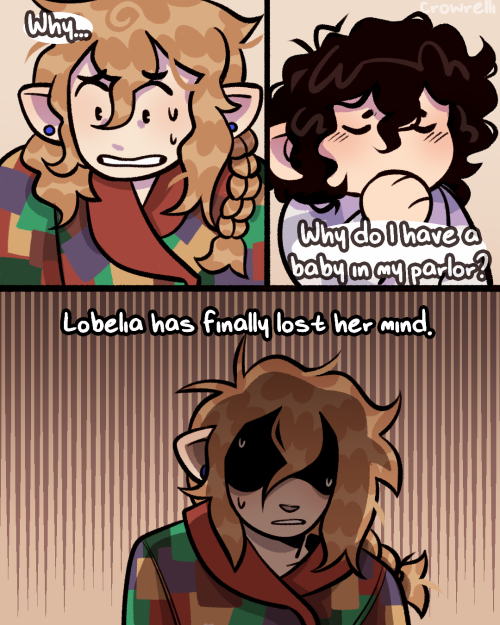 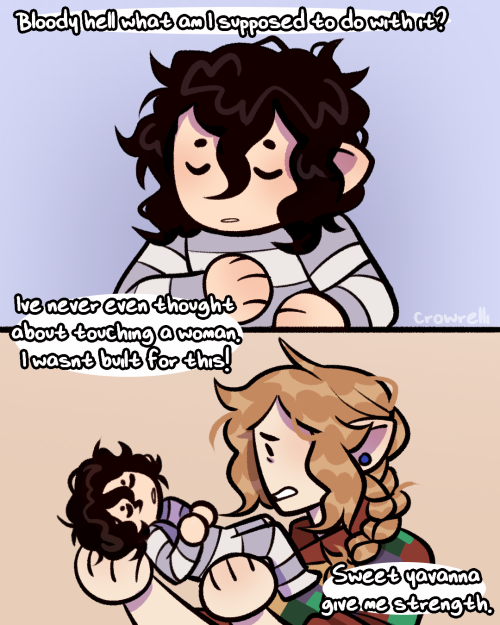 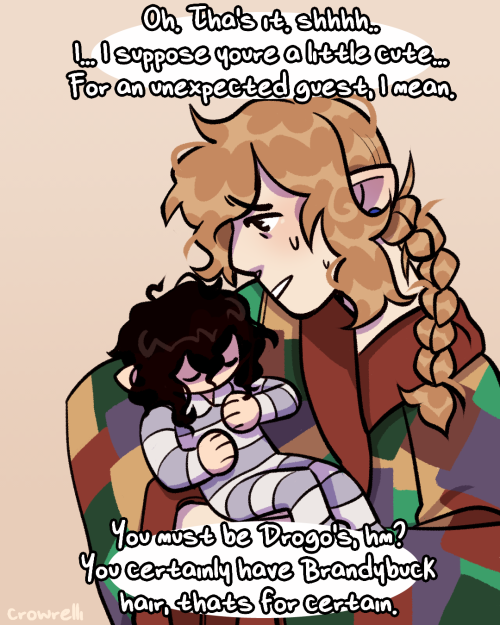 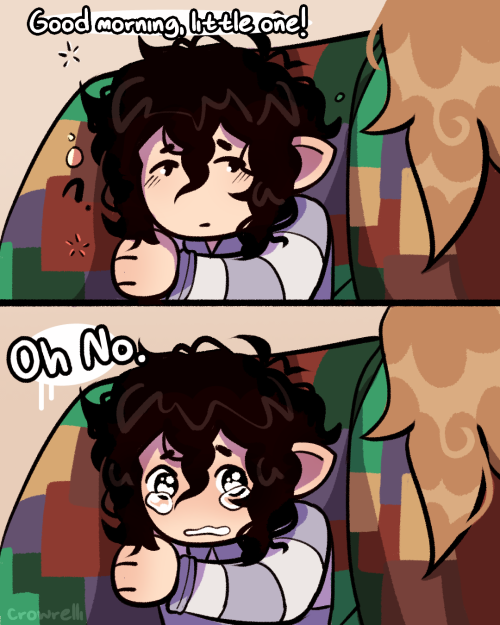 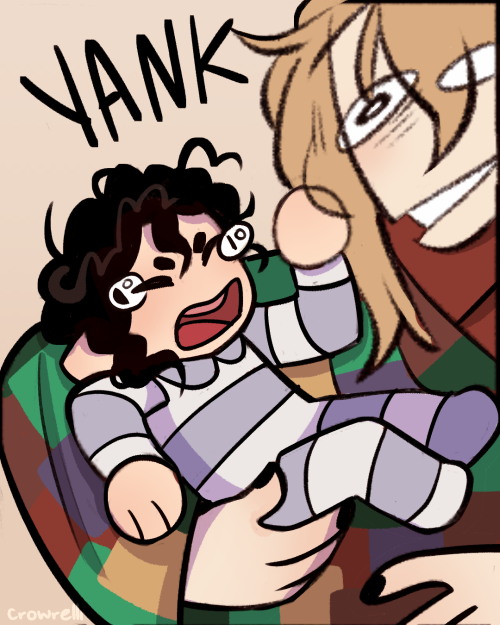 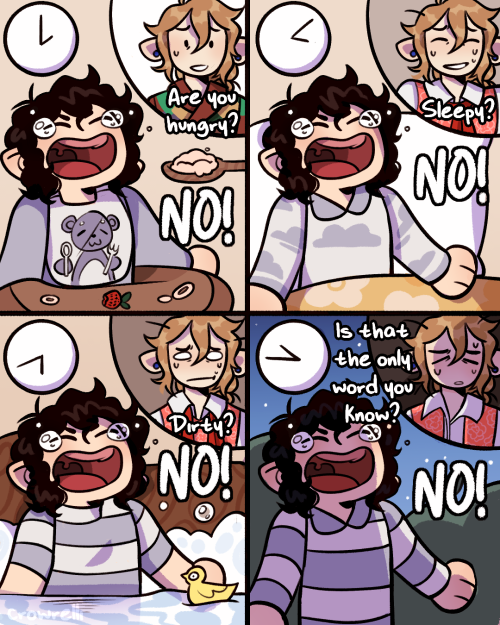 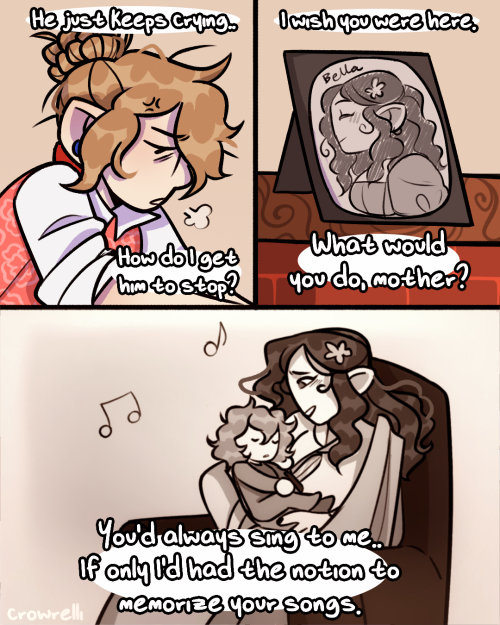 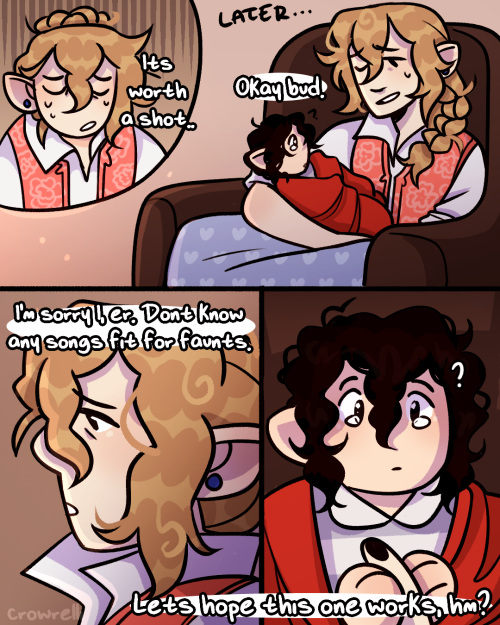 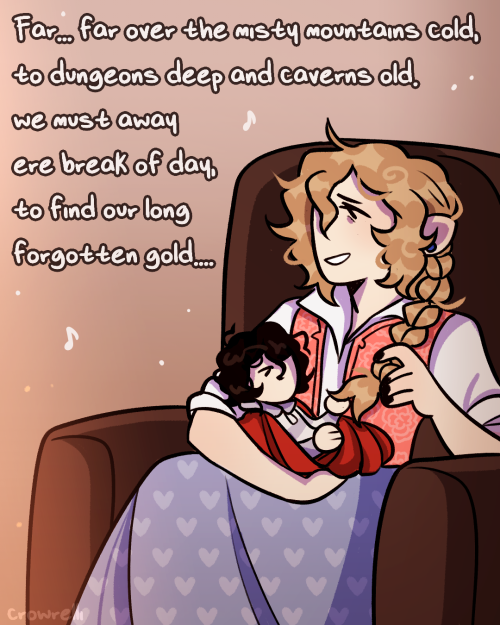 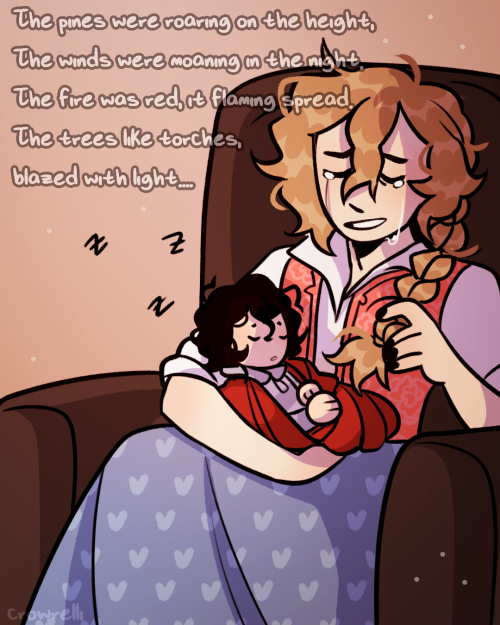 My new religion is teary-eyed Bilbo saying “to me, Thorin was… he was…” and then smiling, followers of other religions do not interact.

#hobbit, #the hobbit, #bilbo baggins, #thorin oakenshield, #bagginshield, #yes i just watched the hobbit what of it, #botfa
211 notes · See All
my-thyla-my-captainText

You ever think about the fact that Thorin probably fell into the dragonsickness as hard and as fast as he did because the Ring was with Bilbo, and that the fact that he probably trusted Bilbo singularly despite him being the group’s LITERAL BURGLAR was because he didnt even know the ring existed ergo all of its temptations and promise just probably came off as a neon Trust Me TM vibe

That shit took time for Thrór and it ain’t supposed to be sus that Thorin just suddenly dove headfirst?

Like WHAT is gonna speak more to someone susceptible to a family curse called GOLDSICKNESS, who’s endured a century of hardship and insecurity, and now has returned to find themselves unprepared to fight the literal calamity of the age for their homeland back than something golden that promises power and engenders murderous rage

I decided to draw a second part, mostly cause I love Bilbo in a confuse state. Is the first time I draw Ori, don’t know if I did it well but mistakes make us better. :) Hope you like it.

So this took me forever, my bad! I knew the direction I wanted this to go, but I couldn’t seem to make it fit how I wanted it to. But it finally came, so here it is. This was fun to write, thanks for the prompt :)

Bilbo surveyed the options before him with a sigh. Dori was trying to persuade him to go for more traditional dwarven clothing, but the pieces felt too dark and heavy on him. He’d felt the appeal of including the royal colours - Thorin’s colours - but the selection he’d been presented with made him feel as if he were being dressed like a misfit dwarrow, and not a hobbit. He looked awkward and out of place.

Thorin had been resistant to the preparation of the royal garb - he’d not shaken the disappointment in himself for succumbing to the dragon sickness, and so shunned any heavy cloaks or robes that called back to the time he’‘d draped himself in royal furs and nearly brought ruin upon them all.

He was coming around, though.They’d agreed to go for items closer to what he’d worn as a prince, and then in Ered Luin - to build an image of Thorin Oakenshield, leader of a people, as King; not one of Thorin, son of Thráin, son of Thrór - heir to a history of madness. Bilbo had persuaded Dori to leave the clothes in their chambers for them try, rather than having them visit the tailoring rooms; they were both busy enough, and one less appointment in their schedules was a relief.

“One would think those garments have offended you, somehow”

A smile stretched across Bilbo’s face; It was a rare event when that particular deep voice didn’t cause his mood to brighten. He picked up the two best options from the table and turned.

“Which colour do you like better - ” Bilbo trailed off as he turned, his eyes roving up and down Thorin’s form. He looked - he looked imposing, and regal, and breathtakingly handsome. Dori has obviously managed to find enough fabric in the shade they’ve been seeking to match - it’s a bright, royal colour, and it contrasts with Thorins dark hair and brings out his eyes. There’s grey fur adorned with silver chains laying across his shoulders, coming across to meet in the centre of his chest, leaving a geometric window of his tunic visible. His belt is wide, with a large buckle bearing Thorin’s sigil in the centre. Thorin’s thumbs are resting either side of it, adorned in rings. He’s always stolen the breath from Bilbo’s chest, even wearing the old cast offs Bard had provided them in Laketown - but this. This is something else entirely.

By the time he’s dragged his eyes back up to meet Thorin’s, he looks vaguely uncomfortable. Bilbo crosses to him, discarding the clothes he was holding on a chair as he passes, and lays his fingertips on the grey fur on Thorin’s chest. He follows the soft hair down, to where it meets in the centre, and then moves up to skim Thorin’s throat and out across his shoulders.

“Thorin. You look - I’ve not the words. This is… this is perfect”

“I’m glad. If you’d denied me the chance to see this, I’d have been disappointed indeed”

He takes hold of Thorin’s braids, and pulls him forwards to speak the last words against his mouth, so there can be no doubt as to his meaning. Thorin smiles, and his hands come up to Bilbo’s waist - they’re so large they nearly cover his back.

“Perhaps I’ll allow him his judgement and keep them after all, then, if it pleases my intended consort so”

Bilbo’s fingers toy with the ornate clasp holding the furs joined in the middle, slowly unhooking it and inching the fabric up over Thorin’s shoulders.

“I think I’d like to inspect it all a little more closely, to make sure I approve of it all. Piece by piece. Right now”

Thorin doesn’t say anything, but he does kiss Bilbo in a manner that makes his innards squirm, so he’ll consider that an agreement. If he were Dwalin, of Bofur, he’d be thinking something in poor humor, like how Thorin’s clothes look as good on Bilbo’s floor as they do on Thorin. Bilbo’s much less crass than them, though, so he’ll content himself with thinking that sometimes nice  wrapping does sometimes make the gift within that much more enjoyable.

do you think that when thorin holds bilbo before sleep he hugs him just a little bit tighter every time to make bilbo chuckle and feel loved? because i do

When I have something I’ll post a link here as well!

#bagginshield
10 notes · See All
Next Page