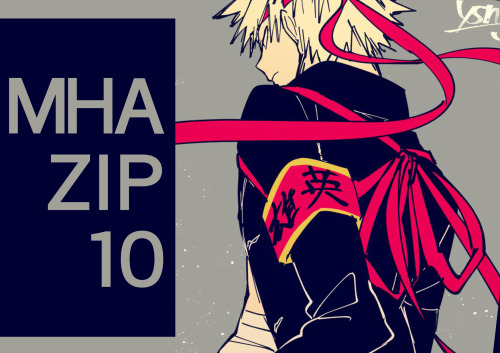 have some word vomit

Thick fingers past your lips, calloused and rough against your warm tongue, it all but curls up around your jaw once his other hand slips under the elastic band of your panties.

Thighs uselessly clenching together, it’s all for nothing, for he pinches your clit with the same ease and disregard as always.

Disregard for your decency, if course. The gargled squeak that bubbles past your lips is all the sweeter to him.

Lips leaving lecherous marks down your neck, Katsuki can’t help but grin like the madman he is, and how could he not? Here as you are, shamelessly soaking his hand like the filthy whore that you are, as he likes to remind you, it helps him all the better to slip a finger inside of you.

His mocking voice holds an edge, something that tells you he means none of his jeers, that he’d drop at his knees the moment you told him to stop.

And as he forces your mouths together, walls greedily clenching around his digits, you can’t think of a single reason.

Ok ok last random post, I’m so sorry for spamming but here’s what I’ve got for Season 2 Episode 37 of MHA

In conclusion, this ep made me have a seizure and I had to share it

yo ALL MIGHT IS BEATING THEIR POOR LIL BOOTIES PLEASEEEEEE

#ok but katsuki is literally punk academia, #does he respect the law? yes, #but does he also think the old bastards running it could do better?, #absolutely, #goddamn idk why but it was so hard to make this???, #i changed bakugos aesthetic three fucking times, #anyway i hc katsuki being fucking great at piano, #also this is us in our third year of high school <333, #katsuki bakugo x reader, #bakugo, #ua, #bnha, #mha
4 notes · See All
bubblimeText

-I want to punch Bakugo even though I love him

-Deku is trying his best

-Who let Bakugo out here with all this tiddy????

-Man has at b cup at least

-Petition to get Bakugo a bra

and I’m not even finished the episode yet

Y'all I literally love this man please

Any ideas on who to do next??

Summary: Take me laser tagging, push me into a corner, and kiss me. Then shoot me and walk away.

The Birth of the Wonder Duo 💫

I imagine this as the aftermath of the current arc because a lot of heavy stuff has been happening, especially with what happened to Bakugo. I like to think that it will push the two of them to admit just how much their presence mean to each other and form a duo because they physically cannot stop saving and caring about each other no matter what they went through.

bakugo, laying on kiris chest: i like to think if i was an animal i would be a dear

kirishima, laughing: oh no no no.

kirishima: you would be the house cat everyone let outside because it would attack you if you didnt, and the only time your friendly is when you did something or you want something

(also highkey just posting this so i can find it lmfao)

Synopsis: She is the teammate of the hot-tempered Hero: Ground Zero. But when a patrol goes wrong, it pushes the boundaries between their work and personal lives. Lines begin to blur as they are forced into living together. Katsuki learns just how far he’ll go to keep her safe.

like the first chapter is up but at what cost

Please someone with talent write this!!

Please tag me in it ill freak my shit I swear to god!!!!

Extra: The name he calls you as he pushes past you in the cafeteria, hot steam from his spicy ramen drifting upwards, burning your nostrils like his crimson red eyes burn your face as he barks for you to move.

Purple Sweater: The name he calls you as he storms up, pulling your attention away from your work with a growling demand for a modification to his hero costume.

Support Girl: The name he calls you as he reluctantly asks for assistance with his new gear, eyes averted as he thrusts the complicated gadget towards you before scheduling a training session to practice with your help.

Shitty Teacher: The name he calls you as he fails to use his gear properly for the fifth time, soot smeared across his face while you laugh on the sidelines at his annoyed confusion.

Idiot: The name he calls you as your work explodes, flinging you out into the hallway at his feet to be offered a single, calloused hand.

Nerd: The name he calls you as you demonstrate your latest combat invention, the tech hurling him to the floor to sit dumbfounded as you smirk with a cockiness that could only be his own.

Dumbass: The name he calls you as you burn your mouth on painfully spicy ramen during your first date, his mouth curving slightly upwards at your teary eyes and desperate breaths before offering you a glass of cool water.

Shitty Woman: The name he calls you as you surprise him with steaming hot food and a kiss on the lips at your one year anniversary.

Greedy Bastard: The name he calls you as you wave a puppy’s paw at him, eyes round like the dog’s in a pleading stare that he could never say no to.

Stupid Girl: The name he calls you as he leans down to meet your eyes, his breath a ghosting, tantalizing touch and his hands propped over your head to form a cage you never wanted to leave.

Fiancée: The name he calls you as he kisses you hard, one knee dusted with dirt and your finger heavy with a promise.

Love: The name he calls you as he holds you close, hand gently running through your hair as your tears stain his shirt with their grief over the death of the now grown puppy.

Moron: The name he calls you as you burn the cake you were baking for his birthday, amusement softening his anger as he rushes the smoking treat out of the house.

Mrs. Bakugo: The name he calls you as his hands slip down your lace clad waist, nose brushing yours as you sway to the music, chest light with pure joy at the twin rings adorning your intertwined fingers.

While Bakugo’s love for nicknames is never ending, your name will always be his favorite. It slips over the tongue like honey, sweet and smooth and utterly addicting. The way the syllables dance through the air is a balm to his rough heart, a melody that infuses him with the power of the gods. It is a gift and a power and he is forever thankful for it, for you. You, who kisses away his insecurities. You, whose gentle touches bring him more happiness than he thought he deserved. You, who he would go to hell and back for. You, the love of his life.

I ship todoroki and bakugo. Before you ask why….just imagine how funny it would if they were dating. Really think about it. BOOM -now you ship them too. You’re welcome

Hey look! I finally posted and it’s a random Bakugou sketch that kind of sucks. 🥰 But anyways thank you for the long wait and I know I’m a day late but Happy thanksgiving. 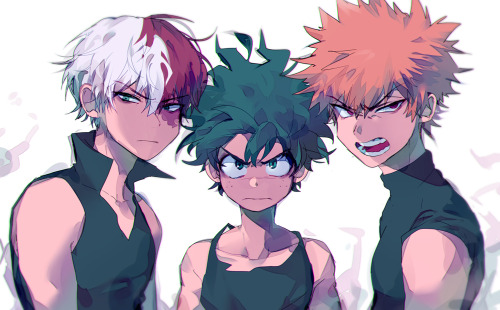