Draw this in your style from @kladraws ❤️

I’m starting a taglist so if you would like to be added shoot me an ask!

I’m going to have a taglist for each character (Bakugou/Todoroki/Kaminari/Kirishima/Deku) so make sure to specify which character(s) taglist you would like to be added to!

Midoriya: There’s only one person who Kacchan is jealous of.

Midoriya: And that person is Aoyama.

Bakugou, to Aoyama: HOW THE HELL ARE YOU SO SPARKLY?! WHY CAN’T I FUCKING DO THAT?!?!

#DID I MENTION HOW MUCH I FUCKING LOVE AOYAMA?!, #idk whats going on, #or why i made this, #but i think this could easily happen, #not bkdk, #bakugou katsuki, #aoyama yuga, #midoriya izuku, #bakugou, #midoriya, #aoyama, #boku no hero academia, #my hero academia, #bnha incorrect quotes, #mha incorrect quotes, #bnha, #mha, #aoyama is sparkly as hell
26 notes · See All
todorokis-ynAnswer

hi love, sure you can! your eyes sound so cool omg i’m a fan

anyway, i think you’d look really good with bakugou!! strong muscular couple that everyone envies for sure 😤

WIP of Lord Explosion Murder. lololol Still trying to figure out that background, hair shading, and how to hands. Haha. ; _ ; *dies*

Someone today tried to convince me, ME, that Bakugou isn’t a good character and that he’s a basic bitch with no character development. 😂😂😂

Actual image of me during this:

Just lemme bring out my portfolio of why I disagree

#bakugou, #personal, #lowkey 😤, #highkey 🤣, #Its alright to disagree guys just dont try and force me to agree with you like this person did
1 notes · See All
jhanleanneText

If there was one word to describe your quirk, useless would be the perfect word to do the job.

No like you mind though, you pretty much had got used to it, maybe because part of you agree with them.

A quirk that could tell the time of death of one certain person,

Countdown is what they call it.

“Hah? So you could see the time of death of one person?”

“Lame, i’d rather have fire quirk or something rather than that”

“Ain’t that close having no quirk at all?”

No one can escape death.

You realize that, that one time you saw your relative hit the ground, the clock on her wrist hit

It was a pretty strange quirk for someone aspiring to become a hero.

But you haven’t given up, yet.

You remember that one time in middle school, it was another day of criticism from your classmates that you’ve gotten used to, you’re walking down the sidewalk on your way home, you look down as always, to other, it seems like you don’t wanna make eye contact with them or even spare a glance at them, but on your point of view, you’re avoiding them so that you won’t see the clock on there wrist, and to be hones, another weird thing about your quirk is that.

You don’t have one on your wrist

You remember that afternoon, you bump with someone for you are lost on your own thoughts, and being a carefree person you are, you almost hit the ground on the impact, only to get caught by the wrist with someone you bump with, but then you started zooming out when you saw the mark on his wrist

That made you quickly withdraw your wrist from the person, never once looking at him in the face

“I… Be careful on your way home please!”

You utter before running away from the person,

The day after, the first thing you saw in the news was a girl involved in a car accident the same afternoon you bump into someone, it felt like a wave of regret came into you.

You didn’t go to school that day, all you ever did was lock yourself into your room, words of your classmates going over your head.

What a useless quirk

What a useless person

What you failed to notice was the news about a middle schooler boy surviving a villain attack.

° • ☆ Your quirk is pretty strange, in which it allows you to see the time a certain person will die.They call it, Countdown. ☆ • ° 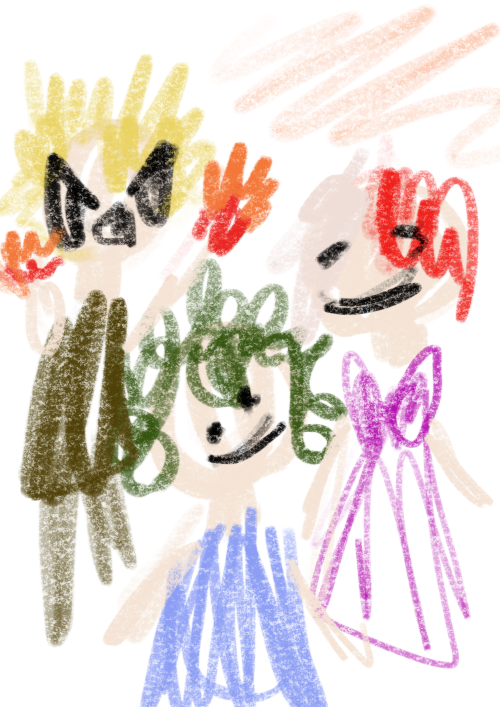 This opinion may be different to yours, if you disagree just don’t comment on it.

That is a major point as to why he behaves the way he does. The endless praises can come with the feeling of failure. If he doesn’t live up to the endless praise he has been raised with, he probably feels like he had failed a whole lot of people. That could also be the reason he tries to avoid being friends with people, so he doesn’t have more people to add to the stress and pressure he has to deal with.

“But he told Izuku to kill himself.”

He was in middle school, he was still young and he still is young. He has a lot to learn. Yes, this was way too far. But we all say things we don’t mean, especially at that age. But now (as of season four, not including the second film) their relationship has gone through so much development. But some people seem to overlook it.

“His parents love him, its just tough love.”

No. Masuaru may not be a bad parent, but he stayed there and let this all happen, and he may love Katsuki. Mitsuki does not, Mitsuki is toxic. I do not believe she his physically abusive, but she is definitely partially to blame for his behaviour. Mitsuki is also somewhat emotional abusive. Remember when they were visited by the teachers, Mitsuki didn’t even hold back. She still yelled at Katsuki, causing him to get riled up and fight back. Remember the time Katsuki got kidnapped? Probably the most traumatic time in his life, and when he was saved Mitsuki didn’ t seem happy. Mitsuki blamed Katsuki for being kidnapped, she called him weak and slapped him over the head. During season four, Bakugou and Todoroki have to work with kids, here is a conversation they had: Bakugou Todoroki

“Exactly a little violence is necessary!”

“Huh?! Well that’s how I was raised and look I turned out awesome!”

Please note that this violence he grew up with was apparently level to tying a child up and throwing rocks at them.

edit from the user who sent this request in:  hi for a request that i just send. i would like to change it a bit . Instead if bakugou/todoroki s/o visiting them in UA. They were on a date and their classmates saw them and decided to ask bakugou / todoroki who they were out with at.

a/n: hi love! this is super cute and i love these boys so let’s get it poppin. thanks for the request love!

headcanon: them getting caught on a date with their s/o

Lazy colouring of my faves with korean inspired fashun 🤩🤩🤩

My sister and I have this mutual agreement, I will give her art requests (I just asked her to paint me a pic of Katsuki Bakugo) and in return I write her Spider-Man fan fictions. When I get it done I’ll post it here! This time it’s a drunk!Peter Parker fic in which Tony and the rest of the Avengers find out and chaos ensues

Hi, so basically I’m gonna have an aesthetic word for each letter, and each one’s gonna be an imagine.

Hope you stick around for them all! Also I’m happy for any requests or adding people on taglists, please feel free to request/comment!

It comes from the Greek word εὔνοια, meaning “well mind” or “beautiful thinking.”

Where your first impression of Todoroki is to avoid him because he reminds you of your dead father.

The journey of changing one’s heart, mind, self or way of life

Where a boy sent to jail for murdering his father falls in love with the girl who delivers his meals.

#crickets, #watch no one answer 😔, #its ok though, #bc tomorrow we gon get a lil sum sum, #and i might even post something else tonight AND tomorrow, #four things in a day? i think so!, #idec if people read it though honestly, #its all 4 fun and for thirst (‘;, #self indulgent, #katsuki bakugou, #bakugou, #mr. and mrs. bakugou
1 notes · See All
teoriasdeanimeText

Bakugou would beat me up for this. So enjoy!!💕