They’re all ticking. Unlike their previous owners.

(or, Bill Dukeman as the world’s most unsuave watch thief)

After reading through the letter a few more times, Maggie let out a sigh as she realised that Camilla wouldn’t be coming back. She had a feeling that the woman wouldn’t be returning to her already but she knew what would be written in Camilla’s letter. As she went to place the envelope into the small bin situated in the corner of her room, Maggie frowned as her hand felt a small object at the bottom.

Might aswell become a Matt leitch hate blog at this point it’s become my main identifier :( time to get back to what’s important, bullying Ross mccall and loving Eion “my dad” Bailey

Yeah Matt settle has disappeared from the face of the earth so I can’t possibly have beef with him which is lucky for him cause I’m ready to throw hands about gossip girl xoxo Matt Leitch uses me for clout and I’m sick of it! Shane steals my memes and Matt bullies the cast so I have to bully him. Shane you’re an angel but shave the Johnny depp goatee love u xx

- feel free to use them if you want 😊

It’s official, I HAVE FINISHED WRITING THE LAST CHAPTER IN BAND OF BROTHERS:SEASON 2!!!!! AHHHH!!!

Today I am in love with

Ed Tipper. How about you?

My drawing of Eugene “Doc” Roe from Band of Brothers. 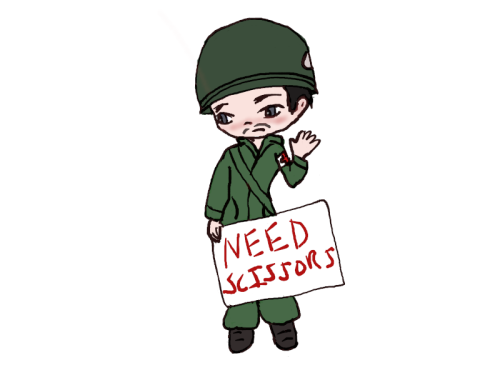 I was tagged by @papersergeant-pencilsoldier to post 8 lines of my wip and tag 8 people. I’m so sorry for being so late to the game lovely! Hope you and everyone of you beautiful people enjoy!

For a bit of context; this is from my upcoming BoB fic that I’ll be hopefully posting sometime this year or maybe early next year depending on when I actually sit and get time to complete it!

Eleanor eyes the overgrown hedge in the distance.

She grips her backpack tightly in her hand, gritting her teeth through the pain, and runs out to the towering hedge. Now she is parallel to a dirt two-lane road; and she can see a structure of some sort in the distance. She squinted at it, if she had to guess she would have said it looked like a barn…which seeing the expanse of country around her, seemed to be the obvious choice. Shaking her head at herself, she hesitantly eyes the looming structure in the distance, if she wants to get away from the gunfire, she is going to have to see what’s on the other side of the hedge.

She glanced up at night sky; the stars twinkling away making her frown in silent fury.

Also please do not feel pressured in any way to participate! no hard feelings I promise :)

Tone: Lighthearted at first, then angsty, then we get heated, cue the making out; recommended 14+

Summary: He’s always come to her for comfort, favors, a drinking buddy, you name it- but tonight, something else is troubling, something he won’t name.

It starts with a favor.

“Please, Marian?” He’s showing her those puppy-dog eyes. “Dick won’t let me keep it in his anymore. And since you’re a woman, I was thinking your locker doesn’t get checked much… so?”

She laughs and pats his shoulder, leaning back in her chair as her gaze returns to the reports in her hand.

Summary: Modern AU in which Tipper and Rory’s daughter wants to show her mom, dad and Uncle Joe what she’s learned.

The day had been exhausting. No one had told Tipper that a three year old would have as much energy as Emma did, least of all Joe who had come to visit along with the rest of the gang. This child……he thought. This child has the energy of at least ten little Liebgotts put together…..

He flopped into his and Rory’s bed, wearing nothing but his jeans and a white beater, pushing the thin bedcovers off the bed with his foot. The day was hotter than Hades and getting hotter with Hilo in the throes of one of the worst heat waves that the islands had ever seen. It didn’t help that Rory had gone to Oahu to take care of her mother nor did it help that all Emma had wanted to watch at night was Lilo and Stitch, driving both her dad and her uncle up the wall. It had gotten to the point where the two had practically memorized the whole movie from start to finish and could recite it backwards if someone had asked them too.

“Go away,” Tipper groaned when he heard a knock at the door.

Joe walked in but Tipper didn’t move. Joe grabbed a seat at the foot of the bed, looking like he would pass out in a split second. “I swear to God I have that whole movie memorized from start to finish,” he groaned as he slid back to the spot next to Tipper. “I picture it at night when I’m asleep.”

Tipper sighed and shut his eyes. “You and me both,” he replied.

“You think Rory and Esther are just gonna leave us here?” Joe chuckled.

“Fat chance in hell,” Tipper replied. “Rory’s got enough to deal with in the way of her mom and Emma. There’s no way she’d leave us stranded.”

Joe laughed. “Guess it’s just you and I for the next two weeks until everybody else can get together then.”

Tipper groggily ran a hand over his eyes and face, groaning at the thought of being stuck with Joe and without Rory next to him for two weeks. He hadn’t realized how badly he had missed her until he had rolled over and found her side of the bed empty. Good Lord he wished she would come back soon.

He heard a tiny knock at the door, breaking him out of his deep daydream and hauling him back to reality. “Yes child?” he groaned.

“Daddy?” said the tiny voice on the other side of the door.

Tipper blinked his eyes and hauled himself out of bed, but when he opened the door, he found an unusual surprise waiting for him.

There was Emma, standing barely thigh high, her long, pitch black hair trailing past her shoulders while on her head and neck were her lei crown and garland. The green fern bracelets that her mother had made wrapped around her tiny wrists and ankles while her dress looked like a fiery red, yellow, orange and black sunset. Tipper couldn’t help but melt at the sight of this tiny little girl in her hula dress.

“I wanna dance for Mommy,” Emma said. “Can you take a picture for me?”

“I wanna do the Lilo and Stitch song,” Emma told him.

“Joe, you’ve got Spotify on your phone right?” Tipper asked.

“I’m already on it,” Joe laughed. “The wives are gonna love this one.”

Tipper and Joe both followed Emma downstairs and once she was ready, Joe hit play and Emma began dancing. As He Mele No Lilo played from Joe’s phone, Tipper watched with pride as his tiny daughter danced to every word with an effortlessness that would have been any other parent’s envy. When the song was finished, a huge smile of pride and adoration had plastered itself on Tipper’s face as well as Joe’s.

“He inoa no Kalani Kalakaua kulele!” Emma yelled when the song had finished.

Tipper and Joe both laughed and cheered for her as she came running back to her father. As tough as the week had been, he was still amazed that Emma had managed to pull something like that off.

“Man if she keeps it up she could be a Merrie Monarch dancer,” Joe quipped.

“We’ll see Joe,” Tipper chuckled. “She’s still got a long way to go for that one.” 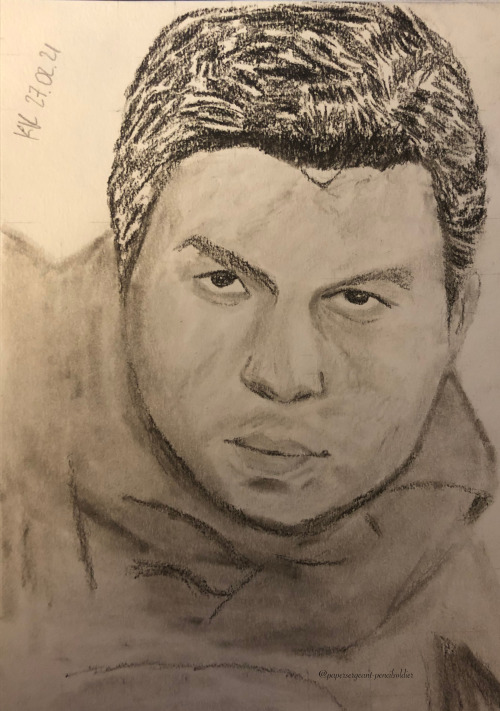 #band of brothers#joe ramirez#airborne ot5#this is the first time in forever i've actually done a drawing from start to finish in one session so that's really nice!#kat art
14 notes
yessoupy
Text