I did a screen cap redraw of Liana and Alexa from Barbie in the Diamond Castle! This movie fuels my cottage core obsession💐I post more Barbie content on my art insta!: 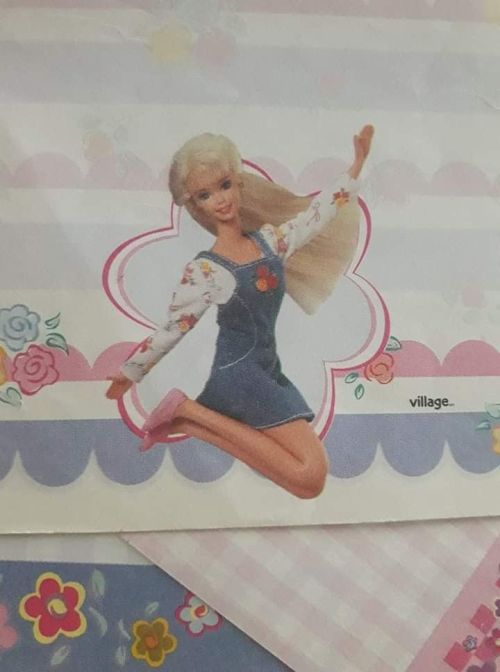 Back on watching barbie train here are some head canons I have for Barbie, her friends, and family.

* She gets basic french tip manicure if she can. Mainly cuz all her adventures would break her nails if she got another kind.

* (this is canon, but I love it) She loves spicy food

* She wears contacts that’s why her eyes be unnaturally blue sometimes.

* She randomly puts bananas in kens locker as a prank cuz he hates them.

* she has Ken give her piggyback rides to class.

* Himbo in every interpretation.

* Because of Barbie he knows fashion

* His favorite dates are surfing on the beach

* He babysits Barbie’s sisters, his favorite is Chelsea

* He would so get matching tattoos with Barbie (not names like a cute design that means something to them).

* (okay not HC but can Mattel bring back the OG ken from Barbie vlogs as like an age up thing. Like soft Ken is cute, but OG vlogs ken yes also the nicknames).

* He goes to the store and buys all the Roberts girls period products when no one else can.

* He would so be the husband that lets his wife rest while he takes care of the crying baby.

* She helps Barbie dye her hair

* Her and Ken will watch anime together sometimes

* Being a teen she can be angry and moody but not know how to express it and the only one’s that can help her calm down are Barbie, Her dad, and Ken.

* She paints her nails purple

* She would so get a piercing either a nose or belly one.

* She has a retainer

* She makes special baby lullaby playlist cd’s for the kids she babysits.

* (from the V day 2020 vlog she knows Kens number by heart not like Barbie doesn’t have him on speed dial).

* Asks Barbie to help her bake her sports teams snacks

* She goes thrift shopping with Skipper and they DIY the clothes into their own style.

* She’ll only wear shoes with a slight lift heel for special occasions but prefers sneakers.

* She saves up for the latest name brand shoe or for her sports team equipment.

* of course she loves sports anime and yelling at the teams and watching real sports.

* She had a jojo siwa phase

* She buys cute clothes for the puppies and blissa also buys pet safe nail polish for them. (Yes someone helps her cuz she’s 6).

* When her parents are away, and she gets scared she goes to Barbie’s room and if Barbie isn’t there too she goes to skipper and Stacie’s room but stays on Stacie’s bed.

* Likes going to the country club (you know the reardon’s have a membership) but doesn’t like anyone that is his age there except for the summer workers. He may seem like he treats them badly but gives them tips cuz you know his mom a Karen.

* Sneaks out to Roberts BBQ cuz he tired of fancy rich people food.

* Goes to Yoga with Barbie

* Once Barbie helps her be nicer she will fight anyone that’s mean to her along with Trey.

* Goes shopping with Trey and the twins

(idk much about the twins, barbies parents, the rest of barbies friends and reardon’s to do hc’s). 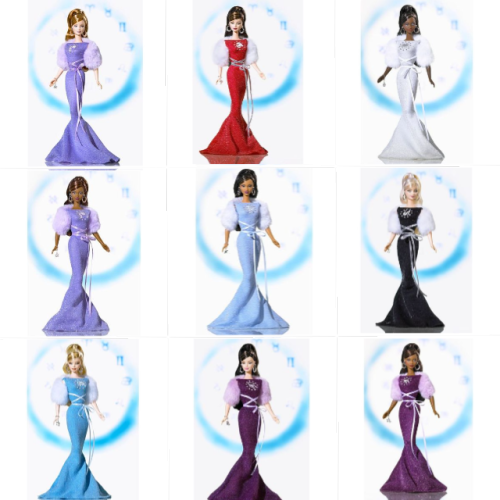 Sorry for the earlier frustration posts…

Anyways, I’ve been planning a custom for a while that I wanted to make a post about.

If I can get the dye I need, I may work on it this weekend.

I have wanted an AA Steffie doll for forever and I’m planning on dyeing the blank head @dollsonmain graciously gave to me (thank you again so much 😭) to hopefully match the skintone of the mountain climber doll because I’m pretty sure I still have some bait ones lingering around.

But I want to do her face-up in Momoko style and I want to reroot her.

The thing is, I can’t decide what I want to reroot her with.

I’ve been debating cutting all the hair off of my second Krystal to use my extra Avery wigs with, and using that hair for my custom Steffie or using yarn to give her twists or ordering Kiwi hair from Dolltress for her.

I honestly cannot decide. I think the purple would go really well with her skintone, but I love the Asha head I rerooted with yarn… And I have some really pretty mint or lilac yarn I could use on this girl.

Regardless, I’m really excited to finally make this happen because I have been wanting to do it for a while! 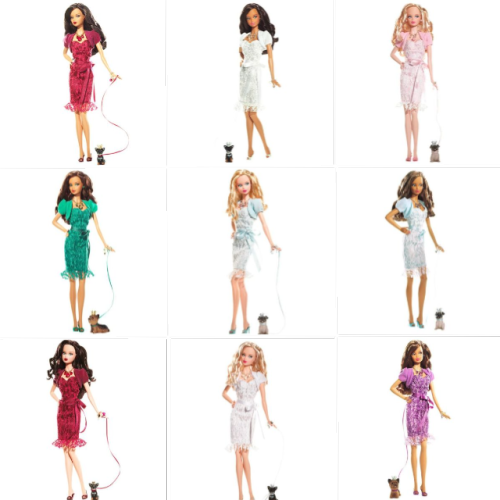 Made some ACNH designs for my fav cottage core lesbians

im never gonna stop crying over how this barbie box set is formatted for european dvd players and wouldnt work in us dvd players….. its so cute n pretty n has SO MANY good movies 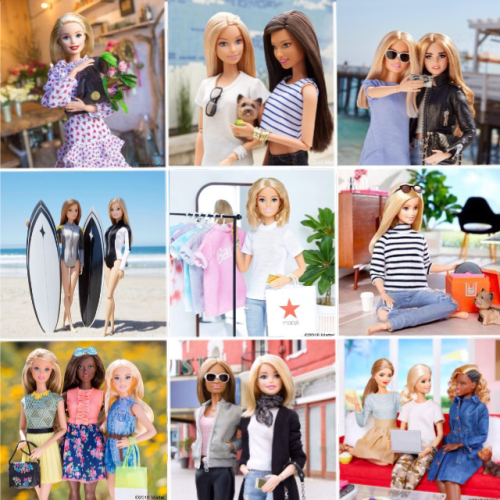