Finally, a Bard that actually likes the outfit… 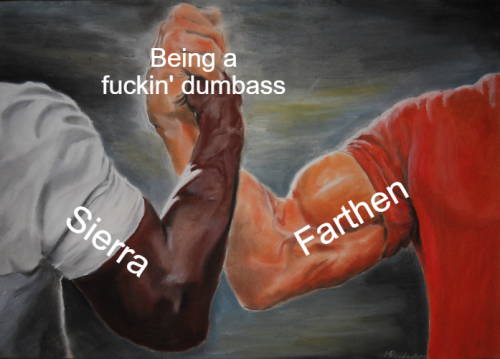 Pffft, he DOES want to become like, the jury, judge and executioner because he feels entitled and better than everyone else. More important. More Light. 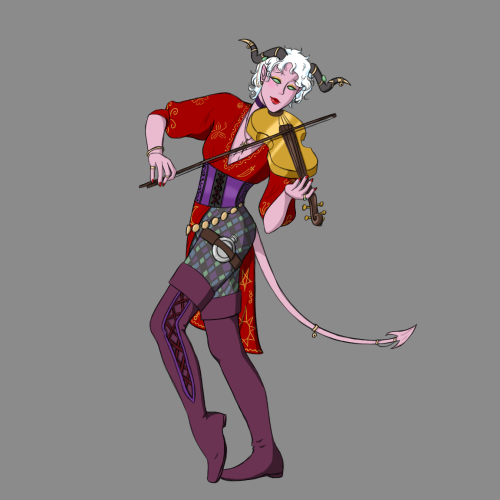 Eliza Button– My 1st ever character that I made! She is a halfing bard that was raised by a human couple after being abandoned at birth. Her adopted parents owned a tavern that she grew up in, entertaining the guests by playing them music or singing. Once she turned 19, she left to go adventure and see the world. Sadly the group fell apart after the first session, so I didn’t get to play with her for long. The campaign was set in the LOTR universe.

Rieka Stonefist— A half-off fighter in her mid-thirties. She served in the King’s army since she was 15, but retired at age 34 to go back home and take care of her sick mother. After her mother passed, Rieka became a mercenary. She was hired alongside five others by Boblin the Wise, to grab a fire elemental item. While doing a puzzle, Rieka has the number “15” scarred on both palms on her hand, which she finds very cool. She is very close with her halfling rouge party member, Ralphie the Adoreable, who is not only the unofficial leader of the group, but the mascot as well. We got 5 sessions in before the pandemic started and so the campaign has been on hold since we all met up at our nearby bookstore to play.

Cassandra Stonewood— A 113 year old wood elf druid, that spent all her life living in a cottage in the woods with barley any contact with the outside world. While on a trip to a druid village for a sacred ceremony, the village was attacked and Cass was kidnapped by the attackers. After being rescued by The Heroic Six, Cass joined them in an attempt to rescue her aunt, who was presumably also kidnapped. Although it turned out her aunt was the one behind the attack and was the BBEG that they were after. After having to kill her own aunt, Cass went through a dark point in her life and struggled to find the means to go on. Though through the help of her party members, Cass was able to power through it and is now continuing to kick ass with the Heroic Six.

Talia— A half elf warlock that is roughly in her early twenties. Talia was found washed up onshore by a fisher with her face skinned off and several broken bone with no memories of what happened or of her past. She is dead set on finding out about her past and get answers about what happened to her. She always wears a mask to hide her badly scarred face.

update of a [reference from 2018] cause treva’s a firbolg now!

not much has changed design-wise but it’s kinda nice knowing my art is developing even if i’m not consistantly drawing. 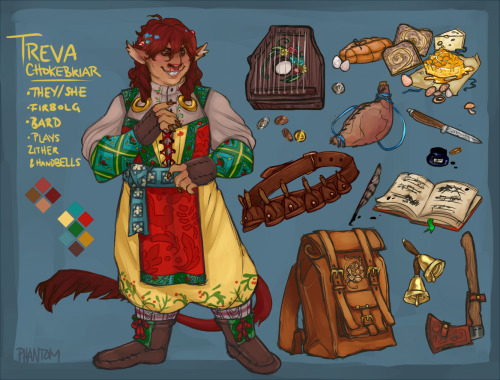 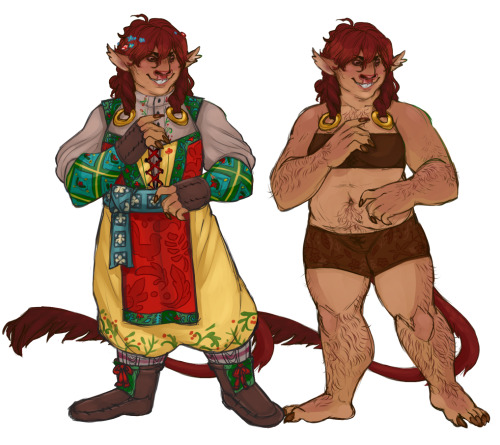 #treva#firbolg#dnd 5e#dnd oc#dnd art#murder art#bard#i started losing motivation on some of the items so some of them are SLIGHTLY sloppier than my usual sketchiness but hey it's done!
12 notes
omlekha
Photo 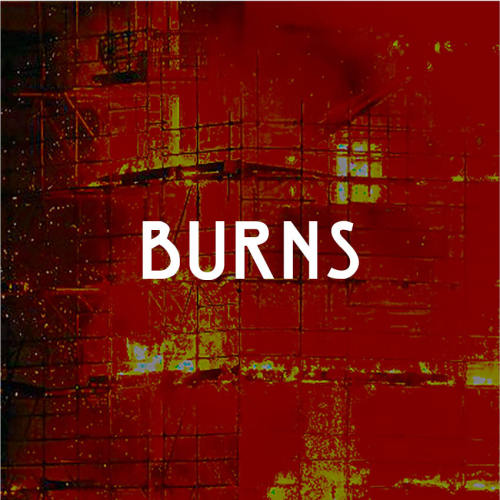 Finally felt inspired enough to create something I am really proud of!

This is Kraia, my Aarakocra Bard for a new DnD campaign I’m working with. Mysterious, dramatic, and potentially dangerous, Kraia is a member of the Bardic school of Glamour and a master of both illusion and dance. She uses her skills to enrapture her audiences as she instructs them of the heroic and important work of the Guild she works with.

I am 100% convinced Dís would be completely on board with Bilbo’s sass, and gleefully encourages every bit of bullshitting that funky little hobbit uses, all those pranks that the Fíli and Kíli teach him too…

Until she has a talk with Bilbo’s grandparents, when she finds out he’s the one that’s been teaching the boys pranks.

It takes even longer for Thorin to find out, after Bard tells him about the prank Legolas and Gimli pulled on Thranduil, when said Elf King suddenly takes to wearing a massive beanie to cover his now glowing green hair, during the Bagginshield reception.

I feel like anything and everything Yana-san sketches for Kuro is likely to end up in the series somehow. Unless it’s a crossover, of course. Like….

Ok, so this is a more modern Bard on the left, but it’s not too far off, since she’s recently put him into a suit.

And this looks a lot like Ronald acting as Dr. Knox. Just a physician’s coat instead of a suit jacket. She even used the left eye wink in each of these.

Sadly I don’t know about it!

Some weekend Sogno drawings. Sogno is my DnD bard and they are a teenager living lute 😅😍 Also their creator is a little gnome artificer who ended up looking a lot like that granny from FMA

Sogno’s sometimes arrogant behavior makes them really hard to be sold, so in the end the artificer puts them to be the receptionist at the workshop - which doesn’t work out much better as Sogno couldn’t care less about greeting the customers. 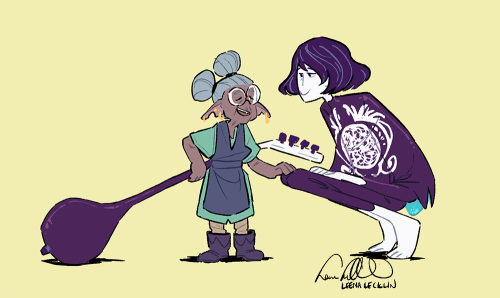 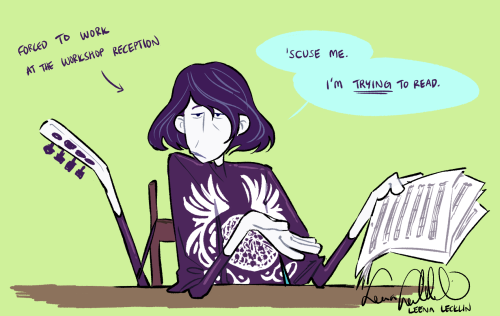 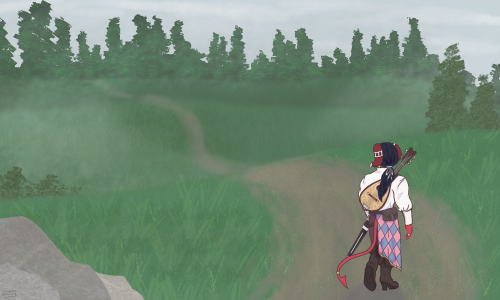 Jon is forced to battle a giant robot kaiju. 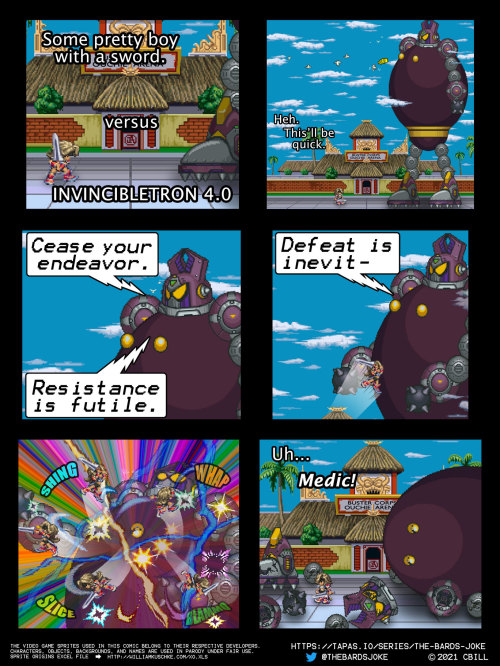 the updated character line up for my bf’s campaign, Aren’Un, you can talk to him at  @haijynks​ / @dungeons-and-damnit​ for more infor

perhaps i will do a lineup later on? 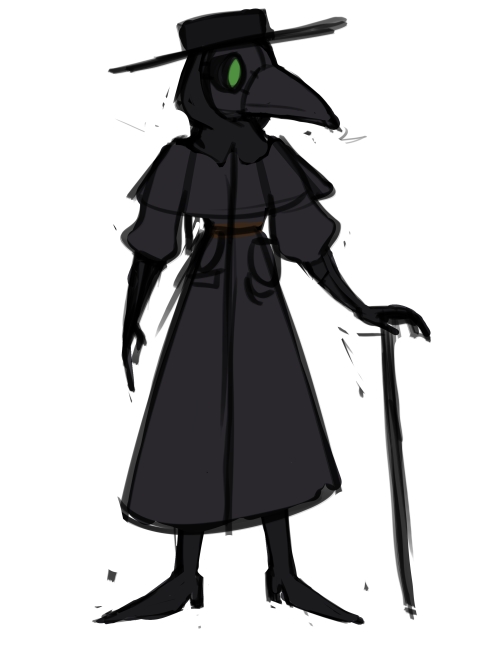 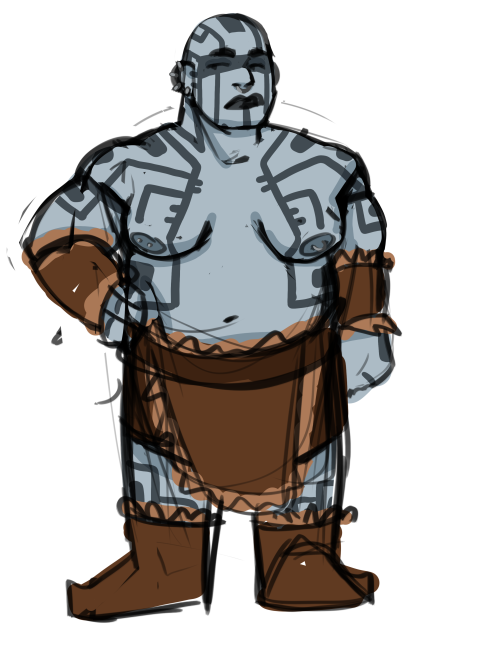 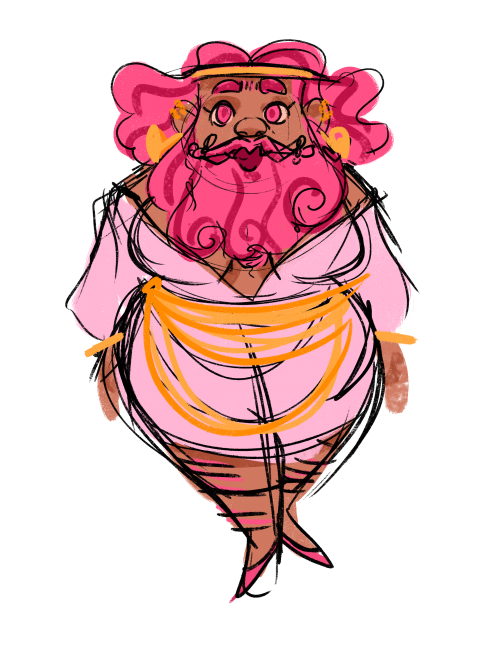 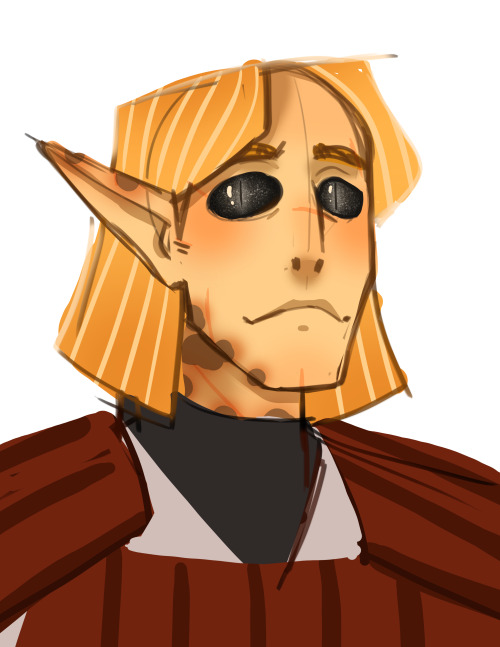 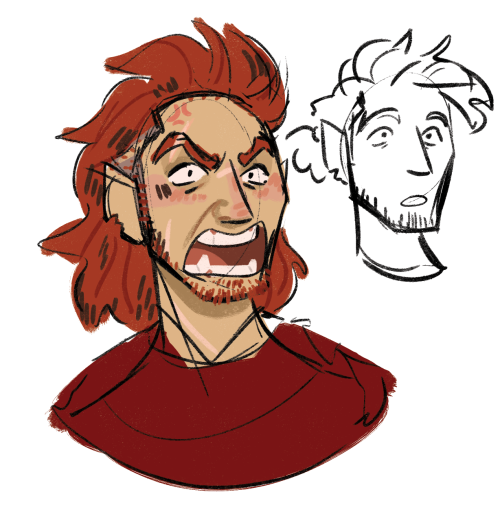 the first drawing i did with my new tablet! i got myself a cintic 16 :)
i always draw Marron when i’m testing stuff out 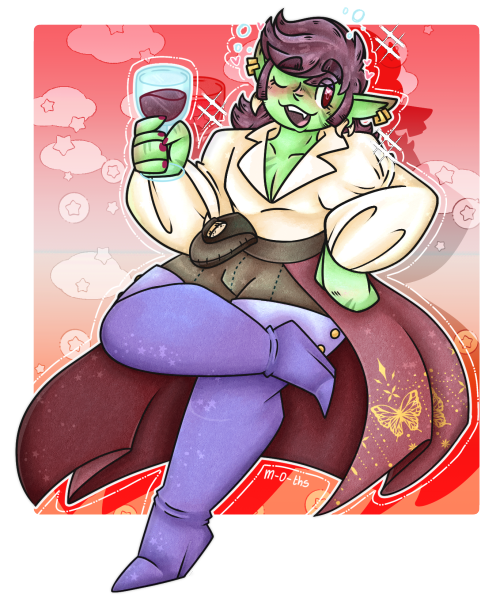 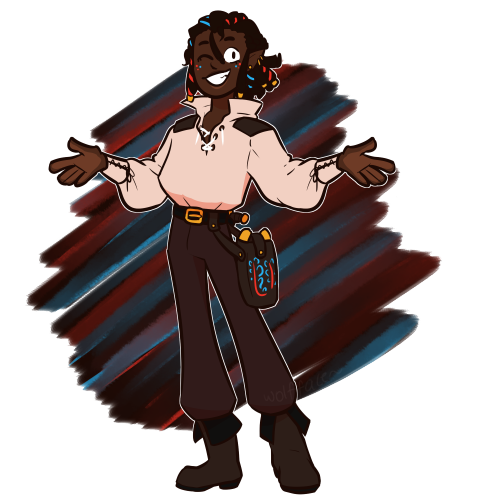