A few scenes I had in my head of Harley bonding with the bat fam ! I really wanna do more there’s just so much potential for the dynamic between them all!!

#I just think they would all love her so much like?, #troubled past?, #crazy and fun?, #super kind hearted deep down and willing to listen ?, #always keeps the, #m, #on their toes!, #you guys it’s just so good!, #oh the potential, #also potential for angst (:<, #ask me about my Harley Quinn / bat fam headcannons please, #or send me yours !, #my art, #dc, #Harley Quinn, #harleen quinzel, #bat fam, #batfam, #the batfam, #Jason Todd, #dick Grayson, #Tim Drake, #Damian Wayne, #nightwing, #red hood, #robin, #Batman, #red robin
35 notes · See All
h0ly-guacamole-batmanText

don’t do what I did and purchase the digital copy of Batman: Death in the Family through Amazon. what you get through Amazon is NOT the same interactive experience provided through the Blu-Ray version 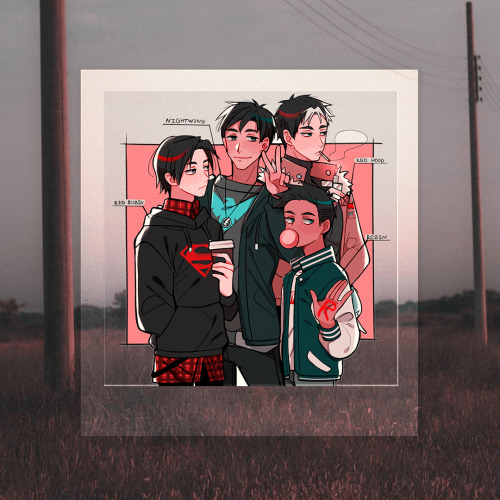 I was watching the 60s show and there was this scene where Bruce grabbed Dick’s arm, and…..well……I made them kiss We all know Jason dug out of his grave. We all know he was found wandering the streets, looking as though he’d been blown halfway to hell. We know he was taken directly to a hospital, where we know he asked for “Bruce” before he was placed into a coma. We know the detectives called in to investigate don’t make the connection to Bruce Wayne or to the son he lost. And we also know what happens next.

But what if, by mere chance, someone did make the connection? What if someone did, in fact, recognize Jason Todd?

A (mainly) Outsider POV story about one small act of kindness and the butterfly effect that follows. AU of Batman Annual #25.

Commissioner Gordan: You’re under arrest for trying to carry five people on a single motorcycle.

Dick: Told you this was a bad idea.

the bottom 2 were taken 3 minutes apart

Me going into any tim drake x anyone tag on ao3 like , there best be only coffee shop aus

I love these charts like it is the definition of perfection 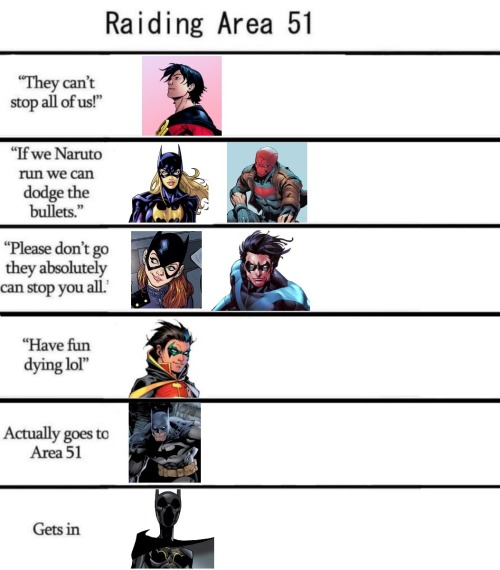 -Jason doesn’t really get scared. Shocked? Surprised? Worried? Sure. But not scared.

-Sometimes, he thinks he can remember what it was like being dead. He isn’t sure, though, and if someone ever asks he always deflects with a mean comment or by bringing up what being buried was like.

- The people closest to him think he developed claustrophobia because of when he was buried. That’s not entirely true. He’s more scared of how he isn’t claustrophobic.

-Late at night, when he’s wandering around the manor because he can’t sleep, and he turns a corner, sometimes he can see a translucent figure standing at the end of the hallway. Sometimes it’s a man, sometimes it’s a woman, sometimes it’s both. They always turn and smile at him, like they know him, and Jason tries to convince himself he doesn’t know them.

- He’s in perfect health. Despite his smoking, and despite his vigilantism, there’s nothing wrong with him. What makes it more strange is that he’s healthier now than he was before he died.

-Some criminals in Gotham’s underworld swear on their lives that the Red Hood doesn’t always breathe. The bat family aren’t sure how much credit to give that, but they can’t discredit it either.

-Whenever he’s out in nature, he eventually attracts carrion birds. They sit on tree branches or circle overhead, watching, waiting. 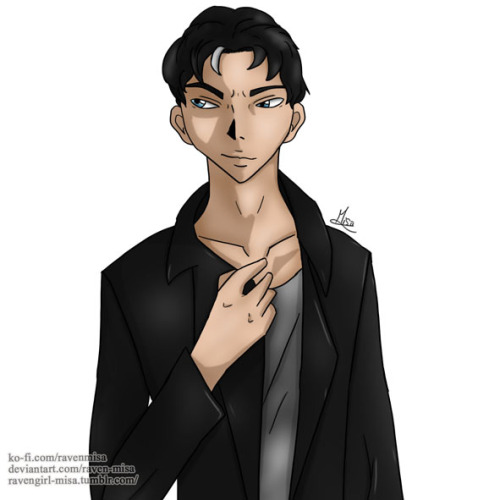 It’s another song fic with a sad ending! I don’t know whats wrong with me. Do you guys even like these?

Love you didn’t right by me

You weren’t someone who like confrontations. You were a people pleaser, as long as the people around you were happy, your suffering didn’t matter. You had always preferred it that way, but things were different now.

Some doodles in the middle of class.

《Art is mine if you want to repost please credit me and don’t steal my art.》 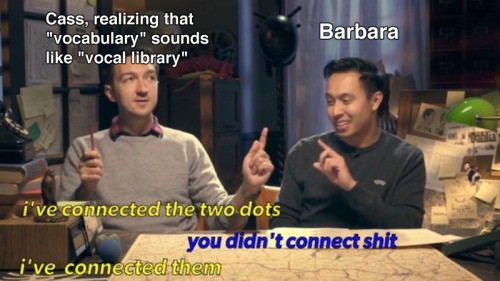 so. let’s tackle batfam height (and imo, some misconceptions and fanon.)

((quick note: i know hcs exist. i know other arguments and analysis on why X Y Z should and is going to happen. i’m taking pure canon–with a bit of guesstimation as u can see, aka logical assumptions based on evidence–right now people, but i know different people can interpret the same thing differently. basically im not trying to attack anyone or make their fanon interpretations invalid. pretty please don’t start discourse or anything, i know and recognize all in all none of this doesnt really matter but . yeah))

the most recent ultimate character’s guide puts him at 5′6″.

past versions have put him at 5′4″/5′5″ or whatever, but i’m assuming those are both older in real life and in canon as well, plus are talking about tim when he’s younger.

someone claims that in current canon tim is 5’9”, 140 lbs instead of his current one of 5′6″ 125lbs,  which honestly makes the most sense to me bc of the below panel, but i cant find a reference. it says its from (Batman Family Vol 2 #5 page 2) but i cant find it?? so thats the only reason why that aint up there. what does back me up is the below tho–  ((from detective comics issue something or other. its part of the gotham knights arc, right after tim comes back from the ‘dead’ aka mr. oz)

cass is 5′5″. he is clearly taller than cass

btw. honestly he should be about 5′11″ here and in my original post on twitter i said he was 5′11″ bc of the nu52 batman beyond, but i don’t have a source for that and i cant find whatever evidence i had for that too.

BUT i know canonly tim ends up 6′0″ in multiple universes such as arkhamverse and future’s end (2016, the most recent rebirth version). so it makes sense tbh

damian will end up tall and stacked like his dad - nope.

contrary to popular belief and fanon that is taken as canon, damian does not end up tall.

i think the reason why so many people hc damian as becoming a big ol tank like his dad is because of batman in bethleham/666 universe and the heretic.

there’s no given height for him in the 666!verse (but most people assume it’s tall i guess) and the heretic–who is not damian–is 7′4″. reminder the heretic was absolutely nerfed from birth to be a weapon; the same can be said for damian, but he wasn’t altered and dehumanized quite to the extent of the heretic. he also was intubated in the belly of a whale, people. he emerged Huge

in reality, according to the little canon we have about future universes, damian is… actually kinda small. injustice 2 puts him at 5′10″ / 177cm, the same height as canon dick grayson, and when i guesstimated his height in future’s end i got roughly the same thing. see below

bruce is 6′2″ so i made sure he was approx that height, giving me damian’s height of around 5′9″ish. the argument that this is a flashback tho and that he could have still grown (bc i dont think we know if he’s in his late teens/early 20s/stopped growing) i also grabbed a panel from the ‘current’ time aka 5 years in the future.

once again, same dealio except i moved damian down a little bit (a bit too far, actually) after matching bruce up bc they were both on an incline and–ignoring my mistake–damian once again is about 5′10″ish and very clearly not a tank like his dad. he has a body type more like his mama– slim and lithe.

imo it’s a combination of the body types from his parents, his abusive childhood with the LoA, his multiple deaths and metal spine plus other long lasting injuries that stunt his growth. sure, he was meant to be the paragon of human perfection but, uh, ra’s didn’t account for Trauma points

summary time, according to canon:

damian ain’t gonna be a tank. he’s gonna be 5′10″ at best and as you can see from the above, at the very least slim compared to his baba.

((yes i know canon can change + there basically is no real canon, yes i know artists interpret different characters differently and all the other arguments. i’m not saying that you can headcanon tim as small and damian as a future tank, what i’m saying is you can’t claim it’s canon when as of now it’s not.))

#damian wayne, #bat fam, #batfamily, #batbros, #tim drake, #please note that u can like. send me ur opinons or whatever. but chances are that wont change my mind, #pretty please dont discourse or anything, #pretty please dont expect that i will mold to what you want if u convince me hard enough, #this was trying to be logical unbiased analysis but no one is ever completely bias free, #plus canon isnt real and everything is hellish in comics rn so, #badger.yells, #robin, #robin v, #robin iii, #Red Robin, #batman beyond, #future's end, #injustice
93 notes · See All
lucy-rooText

Jason: Somebody left an ice cube on the ground, it melted and now my SOCK is wet– WHO THE FUCK WANNA DIE 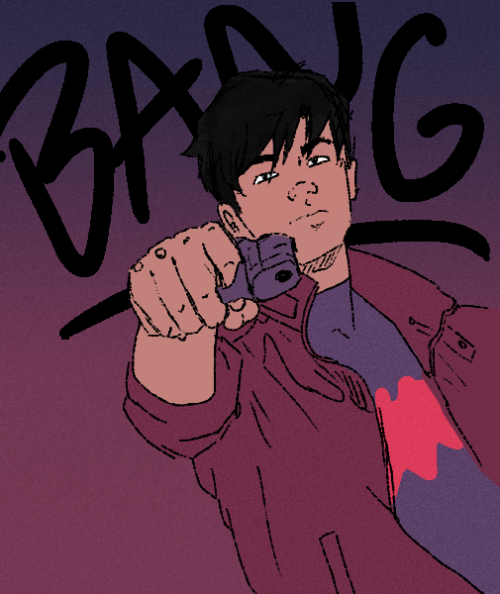